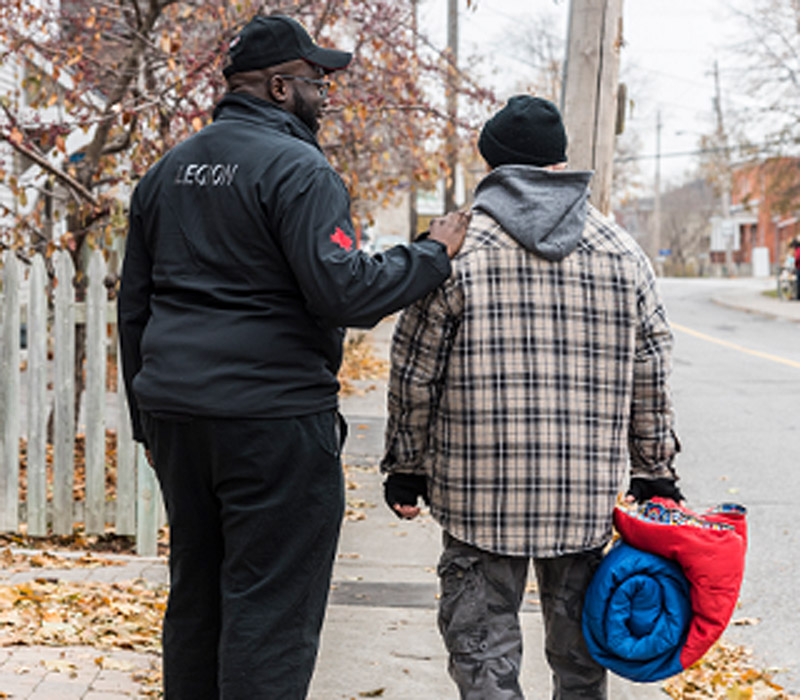 “Functional zero veteran homelessness” is a status designated by the Canadian Alliance to End Homelessness. It means the number of homeless veterans is less than, or equal to, the number of veterans the city has proven it can house in a month.

The alliance’s Built for Zero Canada campaign has endorsed London as the first Canadian community to attain that distinction.

“Safe and affordable housing is a right for everyone, especially brave women and men who have so selflessly served our country,” said Mayor Ed Holder.

Homelessness likely affects 3,000 to 5,000 of Canada’s nearly 650,000 veterans, according to a 2019 report to Parliament by the House of Commons Standing Committee on Veterans Affairs.

The report emphasized the importance of community organizations and noted that veterans’ homelessness is most often rooted in the difficult transition to civilian life. A host of issues complicates the matter: physical and mental health, personal challenges, job instability, poverty, affordable housing shortages, and bureaucratic roadblocks to support services.

“A concerted strategy could be developed that would completely eliminate homelessness among veterans in a few years,” said the report.

That sounds promising, but calls for a unified strategy are hardly new: a Legion Magazine editorial in 2016 referred to the success of the U.S. National Coalition for Homeless Veterans and said “The elements for a similar coalition, and templates for how it could work, already exist in Canada.… We need a veteran-centric homeless policy to create the environment for such a coalition to flourish.”

That was five years ago.

The strategy is to employ research and evidence-based best practices. And expand the existing body of knowledge on veterans’ homelessness “to refine outreach strategies, target prevention activities, and develop veteran-centric interventions against the backdrop of a strong evidence base.”

Finding homeless vets and getting them into viable housing are two different matters.

“It is disheartening that in a nation as rich as Canada,” the action plan concludes, “men and women who have served their country now find themselves struggling to attain the very basic necessities of life—including a place they can call home.”

But these are exceptions, not the rule. We should not be lulled into thinking everything’s fine and the issue is being resolved. Even though available space may exceed numerical estimates, finding homeless vets and getting them into viable housing are two different matters.

Finding more innovative and effective ways to identify and earn the trust of homeless vets, as the Legion plan has set out to do, will go a long way. And more coalitions—whether national or grassroots—in support of homeless veterans are needed, now.

For thousands of homeless Canadian veterans, the time for zero is now.