Defence Minister Harjit Sajjan joined a chorus of in-house critics at the Ottawa Conference on Security and Defence in March, calling sexual misconduct allegations plaguing the military “deeply troubling” and promising to create an independent reporting structure for victims.

“Let me be clear,” said Sajjan, “any harassment, discrimination, or sexual misconduct at any rank in any element—military or civilian—is completely unacceptable.

“It makes us less-effective allies and partners. It erodes the confidence that people have in our organizations. And, most importantly, it harms those who have chosen to serve our country.”

Sajjan’s comments came at the outset of his address to a virtual panel on NATO and United Kingdom/Canada co-operation, part of the three-day annual conference presented by the Conference of Defence Associations Institute, an umbrella group of defence organizations.

It followed similar condemnations from the deputy minister of defence, the acting chief of the defence staff, the commander of Canadian Forces Health Services, and the head of Canada’s NATO contingent in Ukraine. All but the acting CDS are women.

“Trust has been broken,” said Sajjan, “and it’s going to take some time and some serious work to rebuild it. But we will.”

The minister promised to boost support for victims of sexual harassment in the military, to create an independent reporting structure outside of the defence community, and to ensure “fair and independent” investigations.

Appearing before the House of Commons defence committee later in the day, Sajjan acknowledged that three years ago then-military ombudsman Gary Walbourne informed him of sexual misconduct allegations against the then-CDS, General Jonathan Vance.

The minister told the MPs his decision not to look at the information was made in an effort to “protect the integrity of the investigation.”

Vance, architect of the military’s Op Honour campaign to end sexual misconduct among its ranks, is facing allegations of inappropriate behaviour with two female subordinates. The matters are under investigation. Vance has denied the allegations.

The allegations spawned a series of developments. Vance’s successor at the top of the armed forces, Admiral Art McDonald, stepped aside Feb. 24, two months after he took the job, after a female crew member alleged misconduct dating to 2010, when he was a captain and the woman a junior officer aboard HMCS Montréal.

The man who replaced McDonald at the top, Lieutenant-General Wayne Eyre, told the conference the developments have been “distressing for everyone in the defence community.” He described a panoply of emotions among all ranks—shock, disappointment, betrayal, sadness, and an overarching desire for real change.

“We cannot accept our own people being harmed from within.”

The reactions were compounded by the revelation that the commander of human resources for the Canadian Forces, Vice-Admiral Haydn Edmundson, was investigated in the late-1990s over allegations of inappropriate conduct, including relationships with female subordinates. He was a lieutenant-commander in charge of training at the naval officer training centre in Esquimalt, B.C., at the time.

In 2019, Vance promoted Edmundson to head of military personnel command, giving him authority over career consequences for members found to have engaged in sexual misconduct.

“Parts of our culture are exclusionary,” Eyre said during a keynote address. “They’re harmful. They contribute to an environment that in some corners is permissive of racism, discrimination, harassment and sexual misconduct.… These issues are systemic. We cannot accept our own people being harmed from within.”

But speakers across the board acknowledged that overcoming the issues facing women in the military is easier said than done.

Rear-Admiral Rebecca Patterson, the Health Services commander, said one of the main challenges proponents of change face is the fact that the Canadian military is “an institution designed by men, for men, a long time ago.

“The visible and invisible barriers that women are facing to progressing into leadership positions—to be in a position for change within the CAF—[are] actually a reflection of those structures and processes and norms that meet the needs of a dominant white, male, hetero-normative culture.”

Policies and orders, she noted, have always existed. What soldiers, sailors and aircrew need to do, she said, is internalize the value of each individual.

“Generally, if we value each other, we’re less likely to harm each other,” she said. “I’ve got to say, we’ve still got much more to do to become an inclusive, diverse organization and this is going to be absolutely essential in order to address the system of sexual misconduct.”

Lieutenant-Colonel Sarah Heer, who is commanding 200 Canadian troops in Ukraine, admitted that she used to tell her soldiers “just wait for the dinosaurs to leave and everything will be better.

“But a junior officer said to me this week: ‘You know, ma’am, dinosaurs can create new dinosaurs…if they pass on the same approaches.’ And she’s right. It’s not really about getting rid of dinosaurs. What matters is getting rid of those inappropriate mindsets that can develop in any generation.”

As an officer, she said she speaks from a privileged position and has never been afraid to use her voice. “Unfortunately, in speaking to members of my team, I realized I was pretty naive in thinking that all women—and, for that matter, all members of the Canadian Forces—felt they could use their voice.

“A lot of them don’t feel that they can speak up…they still struggle to fit in, and they don’t want to rock the boat.”

A 2018 military police report identified 53 forces personnel who were affiliated with hate groups.

The conference also addressed another issue plaguing society and the military in particular—far-right extremism. Speakers noted that hate groups in Canada have kept a proportionate pace with their American counterparts, tripling in recent years while far-right terrorism has risen more than 300 per cent worldwide.

Barbara Perry, director of the Centre on Hate, Bias and Extremism at Ontario Tech University in Oshawa, said there were almost 300 hate groups in Canada in 2019-2020 and over 120 violent incidents since 1990, including three mass murders.

She said military experience is a common thread among many groups. A 2018 military police report identified 53 forces personnel who were affiliated with hate groups or had committed hate crimes.

The discussion among the Canadians stood in some contrast to an earlier address by Gen. John Hyten, vice-chairman of the U.S. Joint Chiefs of Staff, who sought to minimize the role of former military personnel in the Jan. 6 insurrection at the Capitol in Washington, D.C.

Hyten said the events hit him “like a gutshot,” especially the participation of former military members who “swore the same oath I take to support and defend the Constitution.”

He added, however, that he believes the number of extremists in and out of uniform are “very, very miniscule” in the greater scheme of things.

As a military leader, he said, he feels “domestic terrorism is a domestic crime” that, at its current levels, should be addressed by law-enforcement agencies, not the military. The challenges confronting America now, he added, are “nowhere near” those of the 1860s or 1960s.

“I think it’s noteworthy that these institutions—particularly security and intelligence institutions—seem to attract people who may be more inclined toward these ideologies,” he said.

Perry said the two countries have differing views on hate speech, which she defined as speech that is dangerous and promotes hatred and violence toward specific communities.

“It’s important to remind ourselves that we’re not Americans; we’re not absolutist in terms of free speech; that we have identified and defined legitimate limitations on freedom of speech in this context.” 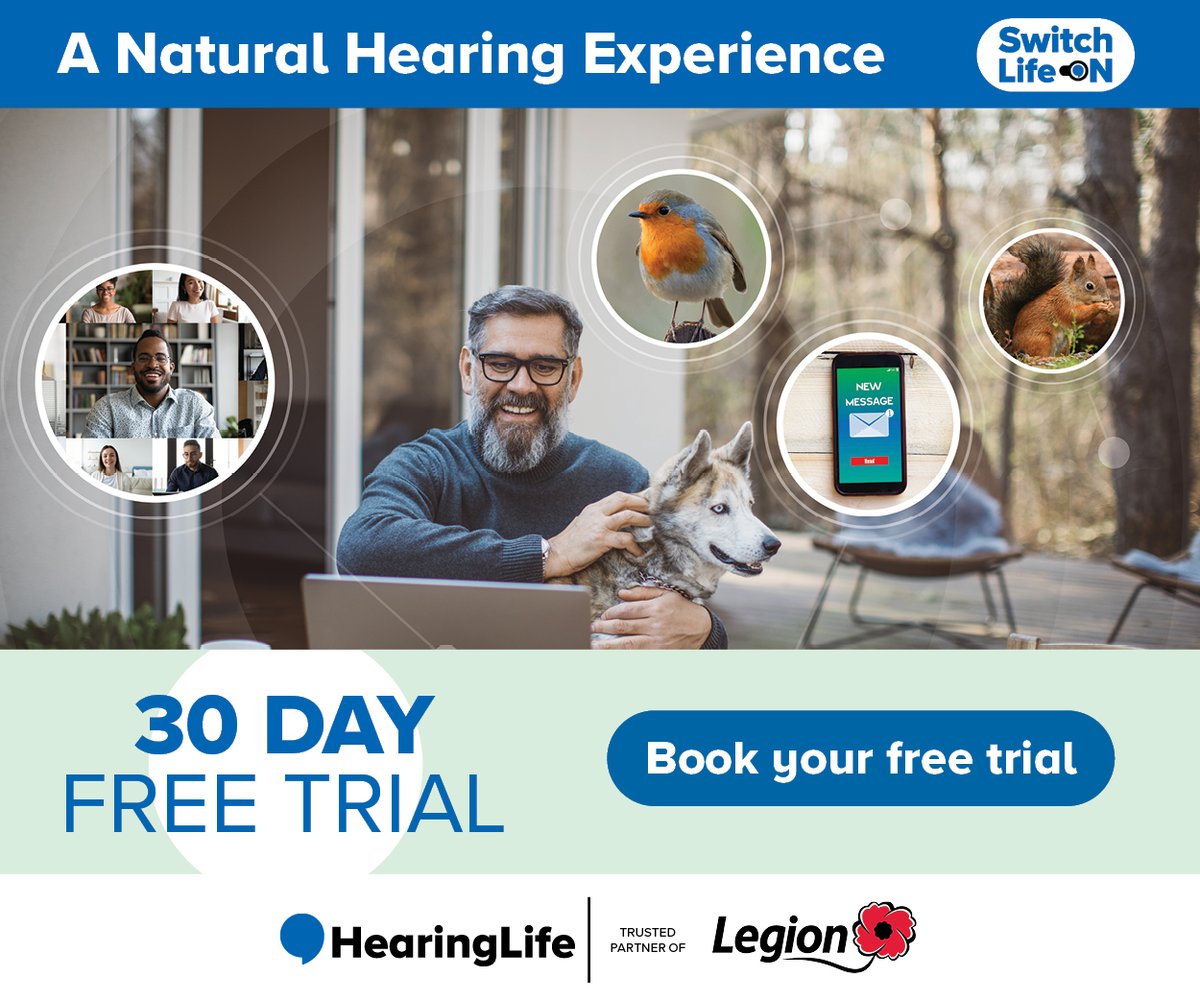