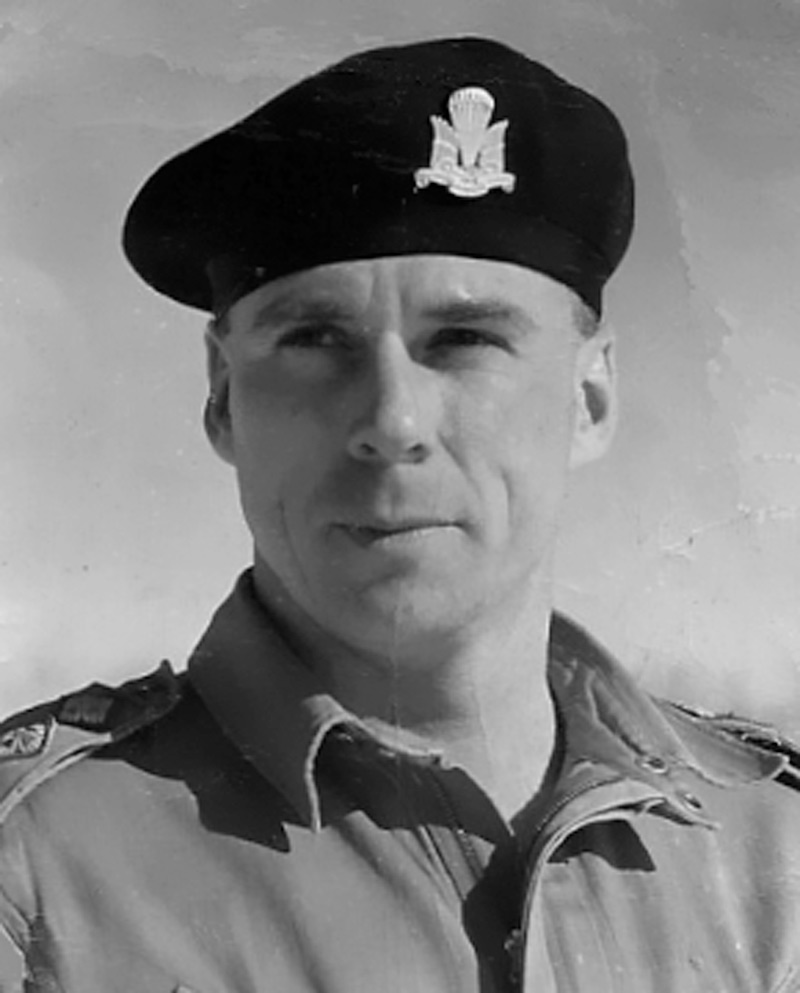 On May 26, 1958, Lieutenant-Colonel George Alfred Flint was killed by a Jordanian sniper while holding up a white flag during a ceasefire.
Veterans Affairs Canada
After the Second World War, the United Nations voted to divide Palestine, in southern Lebanon, into Jewish and Arab sovereign states, setting the stage for the Arab-Israeli War.

Israel was proclaimed on May 14, 1948, and Arab armies invaded on May 15 in a futile attempt to prevent establishment of the State of Israel.

An Israeli university and hospital were located on Mount Scopus in northeast Jerusalem, in an Israeli enclave within territory administered by Jordan. The 2.5-kilometre road to Mount Scopus was regularly mined and targeted by snipers. Convoys to the hospital and university were routinely held up. In April 1948 one was attacked and 78 people, mostly doctors and nurses, were killed. 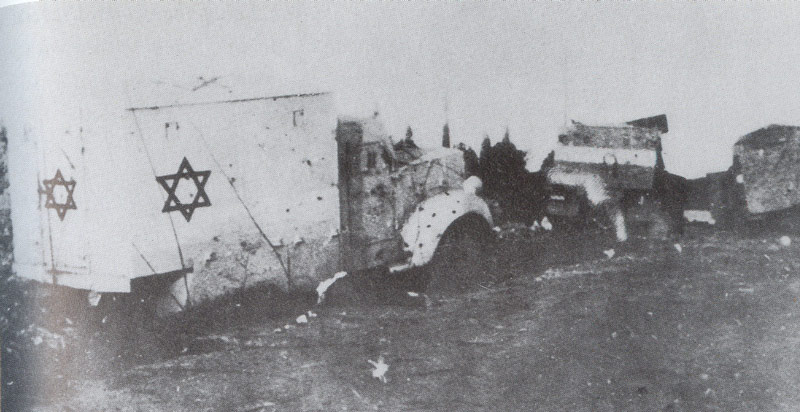 On April 13, 1948, a convoy en route to Hadassah Hospital on Mount Scopus was attacked. Seventy-eight people—mostly doctors and nurses—were killed.
Wikipedia
An armistice established Jerusalem’s Mount Scopus demilitarized zone. But the conflict did not end and there were many skirmishes.

In 1956, Major George Flint was selected to be a military observer with the UN in Palestine. He was named chairman of the Israel–Jordan Mixed Armistice Commission.

It was not a peaceful assignment.

Later that year, he and fellow Canadian Major Marcel Breault were wounded in a landmine explosion while organizing a ceasefire after a long firefight. The conflict had stemmed from a dispute over Arab occupation of a house on Mount Scopus that was claimed as Israeli property.

Both men recovered from their injuries and returned to service.

Any joy Flint might have had over his promotion to lieutenant-colonel in 1957 was counterbalanced by the difficulty of the job. Israel notified the UN it would no longer co-operate with Flint and he chose not to renew his contract, hoping a replacement could forge better relations with the combatants. After a personal request from the UN secretary-general, Flint agreed to stay on to July 1959, but sent his family back to Canada.

A second team, carrying white flags, was also shot at.

Israeli police frequently patrolled Mount Scopus. On the afternoon of May 26, 1958, the UN received a complaint that Israelis on Mount Scopus were firing into the nearby Arab village of Issawiya with rifles, light machine guns and submachine guns.

Flint hastened to the area. By then, snipers near the Arab village were returning fire. Three members of a five-man Israeli patrol had been wounded and two were pinned down. When stretcher-bearers arrived, they were also pinned down by gunfire.

An evacuation team tried to get to the wounded, but one officer was shot in the chest. A second team, carrying white flags, was also shot at.

UN representatives in Israel and Jordan worked feverishly to arrange a ceasefire. After he was notified it was in effect, Flint picked up a white flag and moved toward the wounded officers. He was killed by a single sniper shot from the Jordanian position.

The evacuation was postponed until after dark, when two wounded Israelis were retrieved along with the bodies of Flint and four policemen. Flint was subsequently buried at the Moascar War Cemetery in Ismailia, Egypt. A memorial to him and the Israelis killed that day was erected on Mount Scopus.

Although the following UN investigation concluded Flint had been deliberately killed by a shot from the Jordanian side after a cease-fire agreement, Jordan refused responsibility and UN claims for reparation.

Israel, it said, had started the incident.