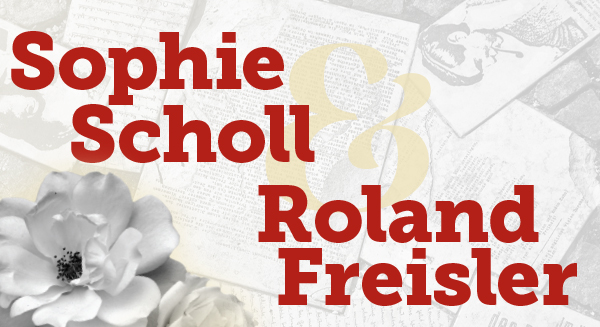 On Feb. 18, 1943, Sophie Scholl and her brother Hans brought a suitcase full of anti-Nazi leaflets to the University of Munich. After depositing most outside lecture rooms, Sophie threw the remaining leaflets from a third-floor window into a courtyard. Seeing her, building superintendent Jakob Schmid—a Nazi Party member—reported Sophie to the Gestapo. The two siblings were quickly arrested. 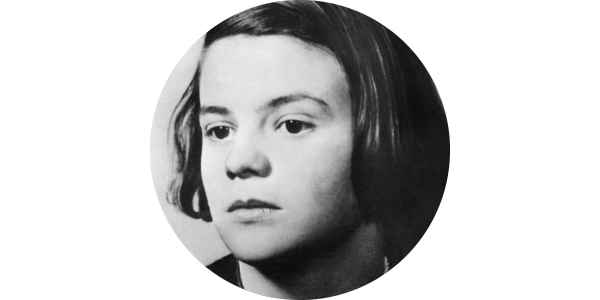 German student and anti-Nazi political activist Sophie Scholl was convicted of treason.
Pictorial Press Ltd/Alamy/BNBAEJ
About a year earlier, Sophie, Hans and three other University of Munich students had formed the White Rose group in response to the mass murder of Polish Jews and deportation of thousands of others to concentration camps. At great risk, the five acquired ink, paper and mimeograph equipment to print leaflets denouncing the Nazi regime. The group soon expanded to include students at other universities. Leaflets were widely distributed.

In their first leaflets, the group vehemently spoke out against the regime as well as the German majority for its moral indolence. Each leaflet was more strident. The fourth, in July 1942, detailed the slaughter of German troops at Stalingrad.

“Hitler feeds with lies those people whose most precious belongings he has…driven to a meaningless death. We will not be silent. We are your bad conscience. The White Rose will not leave you in peace!”

Ten thousand copies of the fifth leaflet advocated a war of liberation within Germany. Because of the breadth of its distribution, the Gestapo ramped up attempts to identify the ringleaders.

The Gestapo ramped up attempts to identify the ringleaders.

After Sophie and Hans were arrested, a letter found in their flat signed by Christopher Probst matched a discovered handwritten draft of the next planned leaflet. Probst was also arrested. All were brutally interrogated. When her torturers confronted Sophie with evidence that she had helped author the latest leaflet, she confessed but refused to betray other White Rose members.

On Feb. 21, 1943, Sophie, Hans and Probst were tried in the Nazi People’s Court before Judge Roland Freisler.

“What we wrote and said is also believed by many others,” Sophie told the court. “They just don’t dare express themselves.”

The following day, Freisler declared them guilty of treason and sentenced each to death. A few hours later, the three were beheaded by guillotine at Stadelheim Prison.

“Such a fine, sunny day, and I have to go,” Sophie said to her cellmate. “What does my death matter, if through us, thousands…are awakened and stirred to action?”

On the back of her indictment, Sophie wrote: Freiheit (freedom).

Appointed president of the People’s Court in August 1942, then 49-year-old Roland Freisler used the position to ruthlessly repress opposition to the Nazi regime. 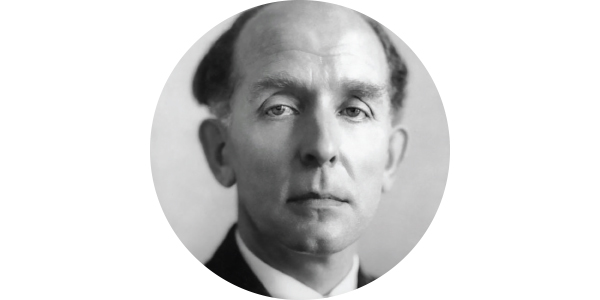 German judge Roland Freisler condemned Scholl to death on Feb. 22, 1943.
German Federal Archives/Wikimedia
Before the war, Freisler had argued that anybody committing a crime against the state should be considered a terrorist and classed as subhuman with no legal protections. When Poland was conquered, he formulated a German-Polish criminal code, implemented on Jan. 1, 1942, aimed at breaking the “antisocial nature of the Poles.”

From the People’s Court bench, Freisler imposed a tyranny of fear—combining excellent legal knowledge with aggressive courtroom behaviour. He regularly berated and humiliated the accused.

Invited to participate in the Wannsee Conference in July 1942, Freisler joined Reinhard Heydrich, Heinrich Muller and Adolf Eichmann in masterminding the Final Solution—the systematic extermination of all Jews within German-occupied territory.

Between 1942 and 1945, Freisler ordered 5,000 people executed. These included approximately 200 people hanged for alleged involvement in the July 20, 1944, plot to assassinate Hitler. Ninety per cent of all cases brought before him resulted in death or life imprisonment—transforming this judicial arm into an instrument for terrorizing the German citizenry. Lacing court records with Nazi terminology, he sought to instill legitimacy in his blatant disregard for any true judicial standard.

Ninety per cent of all cases brought before him resulted in death or life imprisonment.

Freisler’s denunciation of Sophie and Hans Scholl and Christopher Probst was true to form.

“The accused have by means of leaflets in a time of war called for the sabotage of the war effort and armaments and for the overthrow of the National Socialist way of life…, have propagated defeatist ideas, and have most vulgarly defamed the Führer, thereby giving aid to the enemy of the Reich and weakening the armed security of the nation. On this account they are to be punished by death. Their honour and rights as citizens are forfeited for all time…. As criminals who have been found guilty, the accused will pay the court costs.”

Many of those who were dragged from his court to their deaths declared Freisler would ultimately himself be executed as a war criminal. On Feb. 3, 1945, however, Freisler was killed during an American bombing raid on Berlin. Initially evacuated from the court building, he dashed back inside to recover some documents only to be crushed by falling masonry.

While Freisler is remembered only in infamy, the memory of Sophie Scholl and her White Rose colleagues is revered. Many schools and streets have been named in their honour.