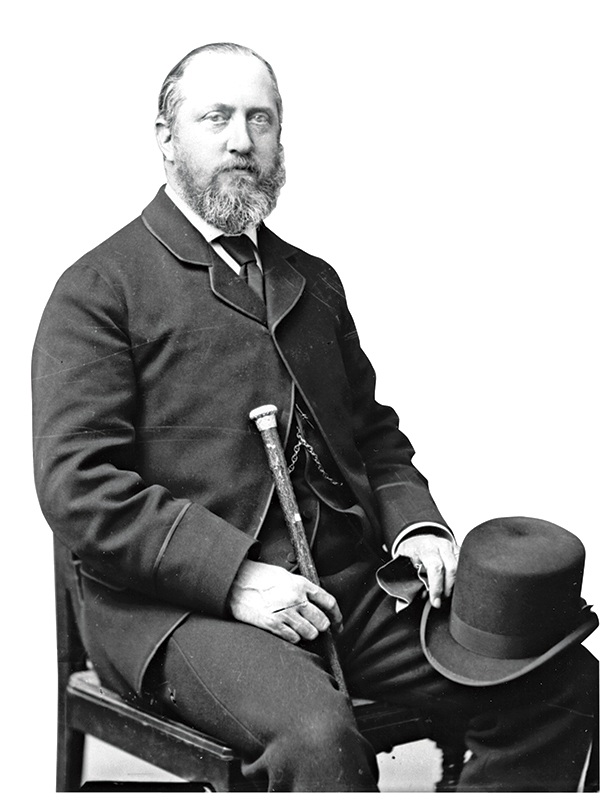 Three years later, he donated a trophy to be awarded to the best hockey team in the country. The gold-lined silver bowl was 18.5 centimetres tall and cost $48.67. On May 15, 1893, the first Cup was awarded to a Montreal team (quelle surprise!)—the Montreal Athletic Association.

Among early winners were the Winnipeg Victorias, Montreal Wanderers, Kenora Thistles, Vancouver Millionaires and Ottawa Senators. It wasn’t until 1926 that the Cup became the domain of the National Hockey League. That year it was won by the Senators, who defeated the Boston Bruins. The Senators disappeared for several decades but the Bruins remained, and the Original Six formed, trading the Cup among them until the Philadelphia Flyers became the first expansion team to win it in 1974.

The first team to drink from it was the Winnipeg Victorias in 1895. Since then it has been filled with beer, champagne, holy water and bathwater. It has been kicked, left on the side of the road (by the 1924 Montreal Canadiens) and thrown into Mario Lemieux’s pool to see if floated (it didn’t).

It was thrown into Mario Lemieux’s pool to see if floated (it didn’t).

It was used to christen the daughter of Colorado Avalanche defenceman Sylvain Lefebvre, and incorporated into the act of an Edmonton stripper (don’t ask). The 1907 Montreal Wanderers forgot the Cup at the home of the team’s photographer and his mother used it as a flower pot. The mortgage on Madison Square Gardens was burned in the Cup when it was paid off. The winning team gets the Cup for the year and each player has it for a day, and it has been to Russia, Sweden, Afghanistan, the Czech Republic and seen more of Canada than most Canadians. It has led a full life.

Names of every player and significant front-office personnel (with a maximum of 52) have been added each year, and initially the Cup kept getting taller. Now as one ring is added, another is taken off and stored in the Hockey Hall of Fame, so the Cup retains a permanent height of 89.54 centimetres. At the moment, winners from the 1928-29 to the 1953-54 seasons aren’t on the actual Cup.

There are misspellings: the 1971-72 Bruins are from ‘Bqstqn,’ and the 1980-81 New York Islanders are ‘Ilanders.’ These mistakes were left intact but when Adam Deadmarsh’s name was spelled “Deadmarch” he was so heartbroken the engraver fixed it.

In 2017, Toronto marked 50 years since the Leafs last won the Cup—their stirring 1967 triumph. Rumour has it they are already preparing for the 100th anniversary. 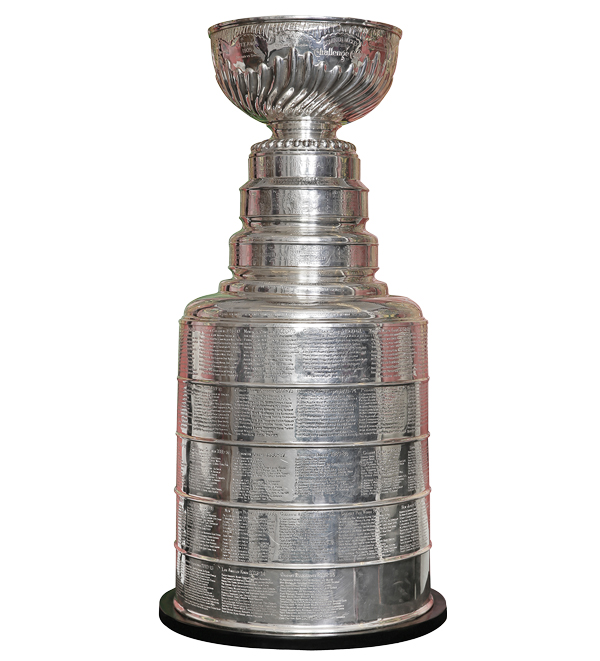