Looking for a good night’s sleep 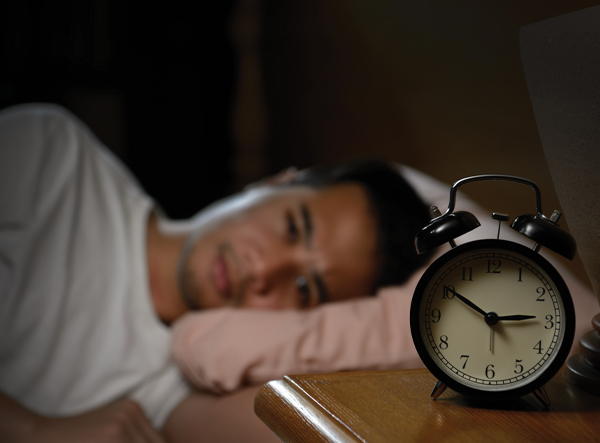 iStock
Lack of sleep is always in the background of a military career. Military jobs, operations and missions go on around the clock and don’t come to a halt at bedtime.

CAF members are expected to be prepared to miss meals and work irregular or prolonged hours. Duty comes first. But even when duty is done, the stress of service can interfere with shut-eye.

Sleep deficiency can slide into sleep deprivation without many individuals noticing. But around the world, military organizations and veterans affairs departments are beginning to take notice of the effects of lack of sleep.

The Canadian Armed Forces introduced adequate sleep as part of the new fitness strategy introduced in 2019.

A U.S. study on the effects of sleep deprivation during combat operations said the ability to do useful mental work declines by 25 per cent for every successive 24 hours a soldier is awake. Another showed that 22 to 24 hours of sleep deprivation has the equivalent effect on performance as a blood alcohol level of 0.1 per cent. Driving a motor vehicle with a blood alcohol level of 0.08 is a criminal offence in Canada.

Symptoms of chronic sleep deprivation include irritability, cognitive impairment and memory lapse. Soldiers may also experience micro-sleep episodes, in which they fall asleep for a few seconds.

Sleep problems plague many people in uniform and persist after they leave the military.

“Sleep problems become chronic,” said Cary Brown, a professor of occupational therapy in the University of Alberta’s rehabilitation faculty. “Many people don’t realize how sleep deprived they are.”

Adults aged 18 to 64 need seven to nine hours of sleep, and seniors 65 and over need seven to eight, says the Public Health Agency of Canada. But a quarter of adults between 18 and 34, a third of those aged 35 to 64 and a quarter of adults over 65 are not getting enough sleep. And veterans—and their families—are more likely than civilians to suffer sleep problems, said Brown.

Six and a half hours or less sleep a night increases the risk of many health conditions, including diabetes and heart disease, said Brown “so anything we can do to improve sleep is significant.”

A massage of the hand may help, as Brown and a team of U of A researchers found in a recent study funded by Veterans Affairs Canada involving 50 veterans and their family members.

Sleep of all participants was monitored, and half the participants were taught a Shiatsu  massage technique to add to their nightly sleep regime. Each night they would use their thumbs and tip of the index finger to apply pressure to specific points on their hands in a repetitive sequence over a 10-minute period.

While there was no significant change in the length of sleep, the massage group reported a number of beneficial effects, including less need for over-the-counter sleep medications, fewer problems getting to and staying asleep, feeling more refreshed on waking and having more energy the next day.

“I’m not saying this is the answer for everyone,” said Brown, “but you don’t need any equipment, it doesn’t take much time and it doesn’t cost anything.” And there’s no risk.

Another advantage of the technique is that it can be practised unnoticeably by military personnel on deployment to improve quality of sleep. “And it can be done at 2 a.m. without getting out of bed,” said Brown.

Brown’s interest in applications of Shiatsu arose about 15 years ago from her research into chronic pain. “People thought if they could just relieve the pain, sleep would improve.” A chance conversation with a massage therapist opened up her thinking that the opposite might be true—improve sleep quality, lessen pain. And Brown was also interested in non-pharmacological approaches and self-care. She has since conducted four studies on the benefits of Shiatsu (which means ‘finger pressure’ in Japanese) but this is the first involving veterans.

There is a dearth of research into Shiatsu and acupressure, which employs similar techniques. But a study published in the World Journal of Plastic Surgery in 2015 found that hand Shiatsu massage lessened the anxiety of burn patients. A study in 2011 showed acupressure treatments helped reduce levels of cortisol, the so-called stress hormone, in the body.

The technique also gives the sleep deprived a sense of control over the problem, and perhaps encourages them to try other non-invasive, complementary or alternative methods. The sense of control is important to people who spent their working lives in the military culture, which prizes strength and self-sufficiency.

Next on Brown’s agenda is finding funding for polysomnography studies to determine the effect of Shiatsu massage on sleep. Better known as sleep studies, these tests record brain waves, oxygen levels, blood pressure, heart rate and breathing prior to and during sleep.

The website https://cbotlabs.wixsite.com/handselfshiatsu offers a handout with illustrations of the Shiatsu points on the hand and links to a demonstration video and a downloadable app to use as a guide while learning the technique.

PrevPrevious ArticleMedical Advances Behind the Line, Part 1
Next ArticleResearch on family mattersNext