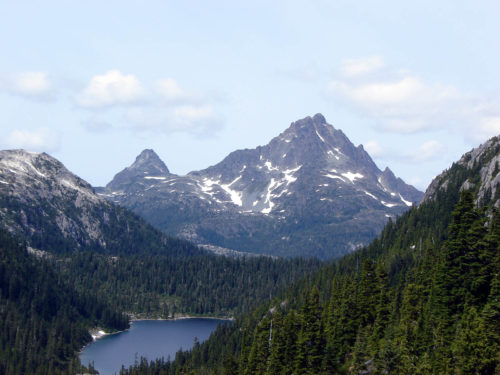 Golden Hinde, in the Vancouver Island Ranges on Vancouver Island, B.C., was named for the Golden Hind, the galleon in which Sir Francis Drake circumnavigated the world in 1577-80.
Keith Freeman/Wikimedia
In January 1790, 27 years after France ceded Canadian territory to Britain at the end of the Seven Years’ War, it looked as though the world’s leading colonial power was going to have to battle with Spain over Canada’s Pacific Coast.

The first Europeans to set foot on Vancouver Island were members of Captain James Cook’s expedition looking for the Northwest Passage in 1778. Cook had been told not to step on Spanish toes, for fear Spain might side with the Americans in the Revolutionary War.

Spain had been exploring these waters since 1774 when Juan José Pérez Hernández was the first European to visit the Pacific, and several Spanish explorers claimed North America’s west coast and islands for Spain. It, like Britain, was looking for a trade shortcut linking the Pacific and Atlantic oceans.

By 1778, Spain had colonies on the west coast of North America, and it did throw its lot in with the Americans in 1779. When the American revolutionary war ended with the Treaty of Paris in 1783, Spain regained Florida, which it had lost in the Seven Years’ War. Formal enmity with Britain ceased, but relations could still be hostile.

In 1789, the Spanish encountered British merchant ships entering Nootka Sound (on the west coast of Vancouver Island), intending on establishing a permanent post. The Spanish seized the ships and claimed sovereignty over the uninhabited coastline. The British disagreed.

When news of the event reached England on Jan. 13, 1790, Britain was prepared to fight and assembled a force of more than 50 ships. The Spanish sought support from France. Sabres were rattling. 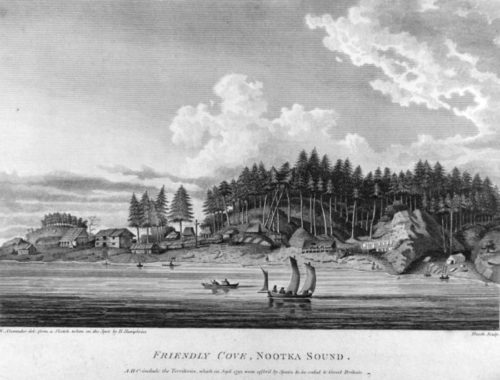 Friendly Cove in Nootka Sound was depicted in A Voyage of Discovery to the North Pacific Ocean and Round the World by Captain George Vancouver, the British navy officer who charted the northwestern Pacific Coast region.
Wikimedia
The British believed control of the coastline to be imperative to guarantee their access to the interior of the continent.

“If the coasts of this new Mediterranean are of a rich sort…we cannot give up such an extensive prospect for the increase of our trade,” said British diplomat Robert Liston, quoted in The British Seaborne Empire.

Some serious negotiation ended the Nootka Crisis and staved off war. In 1790, the two countries agreed to recognize each other’s rights, and in 1794, the Spanish tore down their fort and left Nootka. But many Spanish names survive to this day on geographical features on Canada’s West Coast: Galiano Island, Flores Island, Cordero Channel, Strait of Juan de Fuca, Port Alberni and Tofino, to name a few.

Half a century would pass before a permanent British settlement was built in Nootka—a fur trading post run by the Hudson’s Bay Company, established in 1843.

Six years later, on Jan. 13, 1849, Vancouver Island was designated a Crown colony. In 1866, it united with the colony of British Columbia on the mainland which in turn entered Confederation with Canada as a province in 1871. 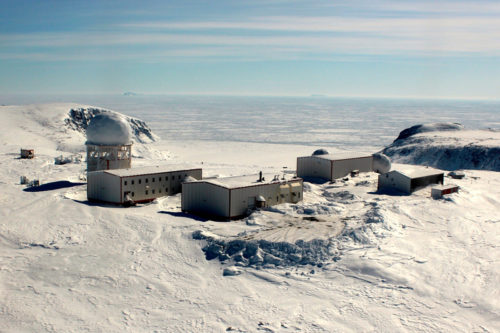