Home » Health » Help for those living with concussion

Help for those living with concussion 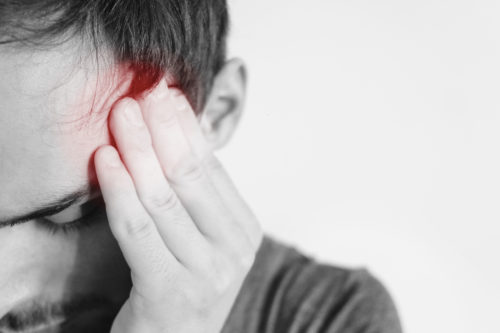 The long days and nights of pandemic social isolation are tough on military veterans with symptoms of traumatic brain injury, especially those living alone—and particularly those who shrugged off seemingly minor head injuries and haven’t connected their symptoms to concussion.

The structure of daily life has been disrupted; the radio and television get a harder workout, resulting in headaches from glare and blare. It’s easier to drift off into a nap, with disastrous results for an already disrupted sleep routine.

Friends and colleagues are less available to provide company and help negotiate the new rules that can be confusing for those with memory problems and brain fog. People around them seem to be walking on eggshells, but sufferers shrug that off, too: of course, they’re more irritable—they can’t sleep and their head hurts.

New help is at hand for those living with TBI, as well as those who suspect their symptoms might be related to concussion.

“Geography is a problem in Canada” said Tim Fleiszer, executive director of Concussion Legacy Foundation Canada (CLFC). Many veterans live in remote or rural areas where there are few services. There’s also a confusing variety of services. The foundation has established a helpline that can assist with both hurdles. “We catalogued available services across the country.”

Serving personnel and veterans can contact the CLFC at www.concussionfoundation.ca to receive information on support nearby or online.

The original focus of the foundation, which started in the United States, was on sports, but it expanded to military and veterans in recognition that military personnel are also at increased risk of concussion. In Canada, the CLFC supports concussion education, prevention, treatment and research.

Just before the pandemic lockdown, the Canadian Armed Forces and CLF Canada co-hosted a symposium on military and sport concussion in Kingston, Ont.

Military personnel suffer about twice as many concussions as civilians due to the rigours of training, working with heavy equipment and deployment, said Colonel Rakesh Jetly, the CAF’s senior psychiatrist. Many personnel experience repetitive low-impact trauma.

“Snipers can experience low-impact traumas hundreds of times a week” during training, said Jetly. As well, breachers work with explosives, soldiers on deployment are exposed to blast waves, paratroopers can have hard landings, there are vehicle accidents and mishaps around machinery.

And military personnel share risks similar to athletes when they participate in such sports as hockey, soccer, basketball and football in order to maintain the physical fitness required for service.

Most people will fully recover from a concussion within a few weeks, but some veterans leave the military unaware they are primed for concussion by a previous injury or “the cumulative effect of repetitive, sub-severe injuries,” said Jetly.

Then they bump their head, or slip walking across ice and come down hard, or take a hard check at a pick-up hockey game—and shrug it off. They don’t make the connection between that minor head injury and subsequent symptoms of concussion, which include fatigue and headaches, confusion and memory problems, nausea, dizziness and difficulties with balance and co-ordination, ringing in the ears and blurry vision.

The condition is treatable, said Jetly.

Treatment is more successful the earlier a concussion is diagnosed—but it is often also misdiagnosed because symptoms have not been linked to head trauma.

Defence scientists, academics, government and organizations like the CLFC are working together to raise awareness and share the science. And the military is looking at ways to reduce the risk during training, at work and while engaging in sports.

The CLFC is investigating partnerships with research institutions and universities and seeking volunteers to spread the word in the community. The foundation is also trying to garner support for a brain bank in Canada dedicated to military and athletes.

In 2008, the U.S. Concussion Legacy Foundation, Boston University and the U.S. Department of Veterans Affairs founded such a brain bank to study traumatic brain injury and chronic traumatic encephalopathy. More than 800 individuals have donated their brains after death to the repository.

“The only way to diagnose chronic traumatic encephalopathy is to study the brain after death,” said Fleiszer. Such studies proved the link between repetitive head injury and CTE in athletes and those with military experience. The research contributed to changes in sports regulations, such as adoption of helmets and removing players from the game after an injury. Further research is nailing down how long players need to be sidelined while healing takes place.

But post-mortem study of brains of military personnel and veterans is helping to develop a diagnostic test for CTE in living people, identify genetic and environmental risk factors, and determine long-term effects of brain trauma and changes to training or work routines to reduce risk. Those interested in brain donation can get more information at https://concussionfoundation.org/programs/project-enlist/canada

PrevPrevious ArticleOn this date: January 2021
Next ArticleProcuring pistols and airplanesNext