Space, deep-sea tourism coming in 2021—if you’ve got the bucks 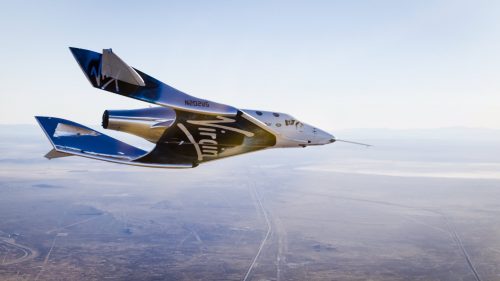 Virgin Galactic’s VSS Unity, a SpaceShipTwo-class suborbital rocket-powered crewed spaceplane, on its first flight over Mojave, Calif., on Sept. 8, 2016.
Virgin Galactic
With a pandemic raging, governments urged wishful travellers to stay close to home in 2020. In 2021, new travel options are on the menu that promise to take a privileged few vacationers away from home and far beyond the surging COVID crowds.

Two companies—Richard Branson’s Virgin Galactic and Canadian Elon Musk’s SpaceX—plan to fly paying passengers into space next year, while OceanGate Expeditions of Everett, Wa., will sail out of St. John’s, N.L., on six trips to the Titanic.

The Titanic tours will take their adventurous tourists—dubbed “citizen scientists” because they’ll help with survey work—four kilometres down beneath the ocean surface via mini-submarine to what is arguably history’s most notorious shipwreck.

The adventures are not for the faint of heart—all require days of training.

The adventures are not for the faint of heart—all require days of training—nor are they for folks with anything but stuffed bank accounts.

The costs don’t seem to have deterred many, though, despite a sagging economy: Virgin Galactic has already sold tickets to about 600 passengers at $200,000-$250,000 a head, while the SpaceX missions are believed to run in the $50-million-per-person range, plus $35,000 a night for 10 nights aboard the International Space Station, to NASA’s benefit. Musk’s company already has contracts with two firms offering paying passengers the adventures of a lifetime.

They’re not the only companies working up space tourism operations, either. Blue Origin, funded almost entirely by Amazon founder Jeff Bezos, is among several exploring the extraterrestrial possibilities. 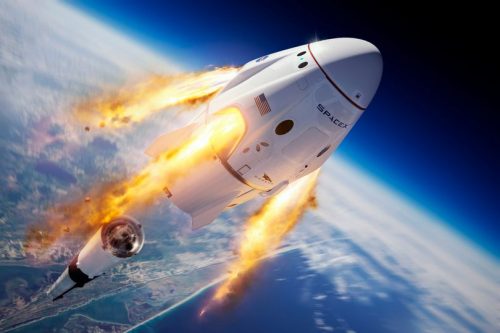 “Globally, we think around two million people can experience this over the coming years at this price point,” said Virgin Galactic’s chief space officer, George Whitesides. “Over time, we’ll be able to reduce that price point and at that point the market just explodes. It’s 10 times as many at 40 million people.”

SpaceX became the first private company to send people into orbit last summer. Its Crew Dragon spacecraft can carry up to seven passengers and sits atop the company’s 70-metre Falcon 9 rocket booster. It takes the spacecraft several hours to reach either orbit or the ISS from NASA’s Kennedy Space Center in Florida.

Virgin Galactic’s SpaceShipTwo has two pilots with up to six passengers and is docked beneath a jet-powered carrier aircraft dubbed WhiteKnightTwo. The carrier aircraft takes off from a runway, takes the spacecraft to more than 40,000 feet, then drops it.

There are countless wrecks hidden deep in the oceans of the world.

The spacecraft free-falls briefly before firing its rocket engine and ascending to about 295,000 feet, or roughly 90 kilometres. MSNBC reports the craft “essentially does a slow back flip at the edge of space, with passengers spending a few minutes floating in microgravity,” before it returns and lands on its runway in New Mexico.

The company reuses the spacecraft and replaces the hybrid rocket engine before reattaching it to the carrier aircraft.

Following the U.S. Federal Aviation Administration’s technical definition of “space,” MSNBC calculated that a Virgin Galactic passenger will spend about 0.04 per cent as much time in space as a SpaceX passenger, while a ride with Musk’s company is expected to cost roughly 200 times as much. 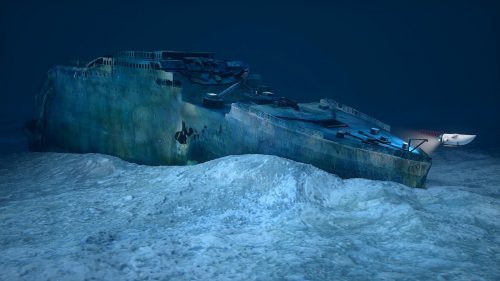 OceanGate plans submarine expeditions to the Titanic from St. John’s, N.L., in 2021.
OceanGate
OceanGate president Stockton Rush has announced his company will start offering Titanic expeditions from May to July on his privately owned five-person submarine, Titan. The trips have already garnered more than 35 bookings.

Travellers pay $125,000 for an eight-day voyage 685 kilometres east-southeast of Newfoundland, including a six- to eight-hour dive 3,840 metres down to the site of the 1912 shipwreck, which was discovered by a Franco-American expedition in 1985.

There are countless wrecks hidden deep in the oceans of the world, including many warships such as the German heavy cruiser Bismarck, dozens of known U-boat graves, the American aircraft carrier Lexington and many, many more. But while scuba divers can visit shallow-water sites such as the renowned Truk Lagoon off New Guinea, the costs versus market demand for deep-ocean dives renders most of the big wrecks not commercially viable.

“There are better wrecks,” Rush acknowledged. “Maybe even more important wrecks, but people don’t know what they are, and it’s hard to sell something when somebody doesn’t know.”

The carbon-fibre Titan was designed with help from Boeing and NASA and can reach depths of four kilometres. With a top speed of three knots, the sub has a half-metre-wide viewport, external lights, HD and 4K cameras and a laser scanner.

A scientist-researcher and a pilot will guide the tourists, with Rush himself skippering the vessel every third dive. The team plans to create a 3D model of the shipwreck and debris field.

The carbon-fibre Titan was designed with help from Boeing and NASA and can reach depths of four kilometres.

There have been multiple expeditions to the Titanic since American Robert Ballard’s first two in 1985 and 1986.

Ballard opposed the taking of artifacts from the site, which he considered a burial ground for the more than 1,500 passengers and crew who died after the liner hit an iceberg the night of April 14-15, 1912. But various expeditions have since taken some 5,500 objects from the wreck and the debris field surrounding it.

Marine dive specialists Deep Ocean Expeditions ran 197 Titanic tours between 1998 and 2005, then did more during the disaster’s centenary in 2012. Several other companies, including Blue Marble Private and Bluefish, both based in Britain, have offered similar tours, in the $100,000-$150,000 range.

“It is an emotional experience,” Deep Ocean expedition leader Rob McCallum told CNN in 2012. “It is just such a big vessel. There is something about Titanic in terms of her majesty and her grace. She was the pinnacle of human engineering achievement at that time.”