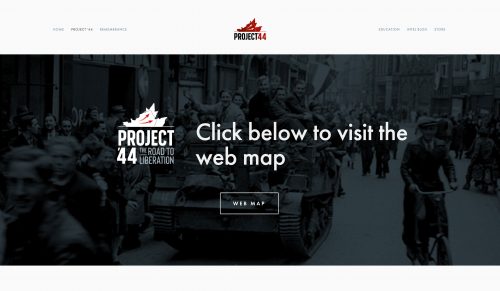 Canadians interested in military history will soon have a new—and free—interactive tool for researching the Canadian Army’s Italian Campaign during the Second World War.

Several years ago, the Canadian Research and Mapping Association (CRMA) set out to create an interactive website—www.project44.ca—to collect digitally preserved maps, aerial imagery, photographs and war diaries tracing the progress of the Canadian Army during D-Day and the Battle of Normandy.

“We wanted people to be able to visualize what was happening,” said Drew Hannen, vice president of the association. “The platform is great to give context to what happened and where it happened.”

The website’s first project was “The Road to Liberation,” which was launched on the 75th anniversary of D-Day in 2019.

Click on the webmap icon and up pops a map of northern France, with icons representing various units. Click on one of them and up pops the unit’s war diary, listed date by date. Scroll through the list and the map changes with the date. Click on an icon of a camera and up pops a photograph relating to events at that location.

The CRMA combed through thousands of documents at Library and Archives Canada in Ottawa, their experience enriched by meeting Second World War cartographer George Fouchard, who made maps used in the Normandy campaign.

Encouraged by the site’s reception, the map-makers pressed on with the second phase of the project, adding the progress of the army from September 1944 through to the end of May 1945. 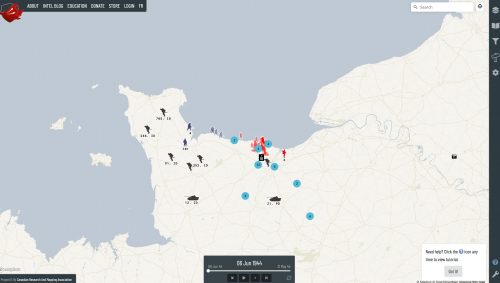 “Phase 2 was about eight times larger than the first phase,” said CRMA executive director Nathan Kehler. The work was accomplished with the help of about 40 volunteers across the country and around the world who incorporated war diary entries into the site.

“Volunteers edited and proofread over 7,000 pages of documents and text,” said Hannen. “Close to three million words are available to Canadians.” Many of the volunteers are veterans, as is Kehler, who served with the Royal Canadian Dragoons in Afghanistan during the Kandahar combat mission.

Much of the material was available in archives or museums across the country, but these days “accessibility means being able to find it online,” said Kehler. The advantage of the website is that it can help put events in context.

“Events have to be taken in geographical context,” said Kehler. “These units weren’t working in a vacuum. They had sister units in their brigades and higher headquarter units. When you’re looking at a particular unit, you’re only getting one perspective, but if you read what was happening in the regiments around it, or the artillery supporting it or the headquarters in charge of it, you get the rest of the story. There’s a lot of detail in the documents when they’re put together.”

What began as a hobby turned into a full-time occupation. Most of the funding comes from Veterans Affairs Canada, and the project has drawn the support of Library and Archives Canada and partnered with the Juno Beach Centre. The site includes photographs, lesson plans and maps of war grave locations in Europe.

Phase 3—scheduled for 2021—will incorporate photographs, war diaries and maps of the Italian Campaign from July 1943 to early 1945.

“We wanted to get Canadians excited about our military history,” said Kehler. “Our intent is to continue on, to do the Battle of Hong Kong, Dieppe, the Korean War, the First World War, Afghanistan….” 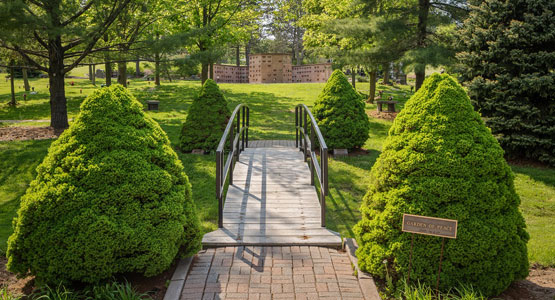