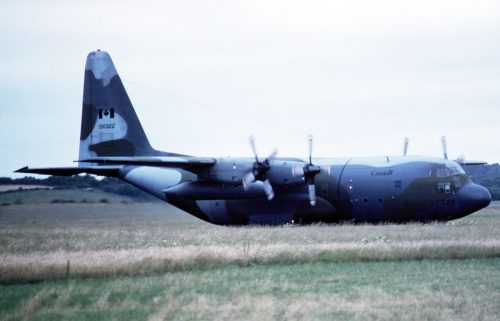 Everything—personnel, food, supplies, fuel—had to be airlifted into the station, situated 817 kilometres from the North Pole, far north of any settlement.

Flight Boxtop 22 was scheduled to arrive at the Alert airfield in the dark at 4:30 p.m. On board were a crew of five, 13 passengers and 3,400 litres of diesel fuel.

When the airport lights came into view, Captain John Couch started his descent for the runway. He was less than 10 minutes from the airfield when he radioed that the aircraft was in trouble.

The aircraft crashed into the tundra, invisible in the darkness, and broke into three pieces. The fuel tank shattered, showering everything and everyone with fuel, which caught fire.

No distress call was heard by CFS Alert radio operators, but another aircraft following on saw fire on the ground east of Alert. A massive rescue mission was underway within minutes, “one of the largest, longest and most frustrating rescues,” wrote Gary Watson in a 2016 article on skiesmag.com.

Rescuers travelling from Alert in all-terrain vehicles spotted green flares, but the weather worsened, the temperature plummeting to -30°C with winds of 50 kilometres per hour, gusting to 80. The rescuers were in a whiteout, in conditions too dangerous to continue.

The rescuers were in a whiteout, in conditions too dangerous to continue.

Airborne rescuers responded from across Canada, Alaska and Greenland. The first of the emergency flights was due to arrive about 10 hours after the crash. Several had to turn back due to weather. When the first rescue flight arrived at 2:39 a.m., high winds prevented search-and-rescue technicians from parachuting to the crash site.

Despite suffering a broken ankle in the crash, Captain Wilma Degrout, a doctor from CFB Trenton, started treating the cuts, broken bones and burns of the other survivors, reported Tom Fennel in a November 1991 article in Maclean’s. Soon she was also treating hypothermia, as the bitter cold began penetrating the arctic survival suits everyone was wearing.

Finally, roughly 40 hours after the crash, search-and-rescue technicians reached the downed aircraft. The first ones in dropped titanium flares and “the pilot quickly moved the rescue aircraft to an altitude of 1,500 feet, where a six-man medical crew, dressed in orange survival suits, parachuted into the teeth of a howling wind,” according to Fennel. A second crew followed soon after, many sustaining minor injuries.

After nearly driving into a deep ravine during the whiteout, a ground team arrived about two hours later and provided warm shelter for the survivors. At one point, 26 rescuers were on site, reported Watson. The final survivor was airlifted from the site by 8:15 p.m. on Nov. 1, after a rescue operation lasting 51 hours and 45 minutes. Five had been killed in the crash, including Couch, whose body was found strapped into his seat in the cockpit. 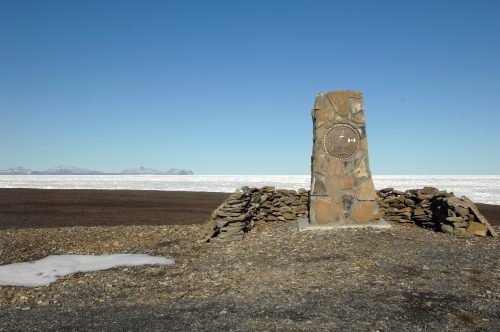 PrevPrevious ArticleRescue tugs to the rescue
Next ArticleNursing pioneerNext