On Sept. 2, 1918, Day 26 of the Hundred Days Offensive, the objective was to breach the Drocourt-Quéant Line, a heavily fortified German front stretching about 25 kilometres between the two towns in northern France.

Seven members of the Canadian Corps earned the Victoria Cross that day as they overran the line across a front of six kilometres and penetrated nearly 10 kilometres into enemy-held land. 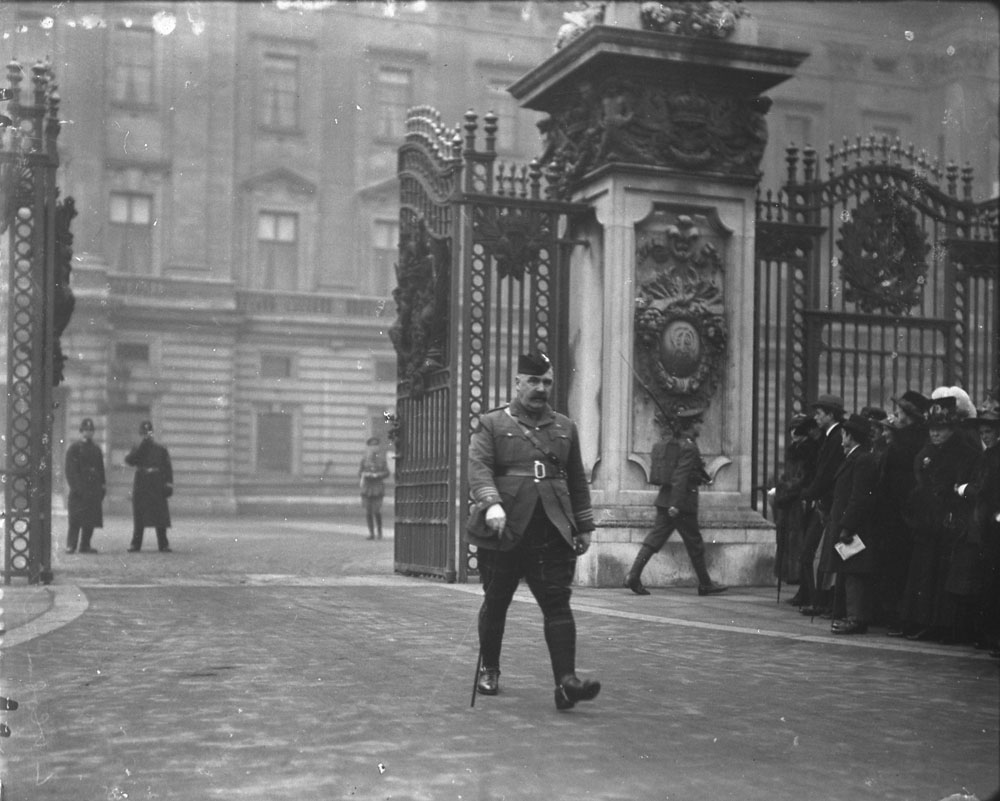 Lieutenant-Colonel Cyrus Wesley Peck, VC, DSO, 16th Battalion, leaves Buckingham Palace.
LAC/PA-A006720
Under heavy machine-gun and sniper fire, Peck reconnoitred an enemy position that was the source of heavy fire, reorganized his battalion, and led his men in to deal with it. Then he directed tanks where they could do the most good, paving the way for another battalion to push forward.

“With utter disregard of personal safety, he remained on the field.”

Two recipients came from the United States to join the Canadian Expeditionary Force and returned there after the war. 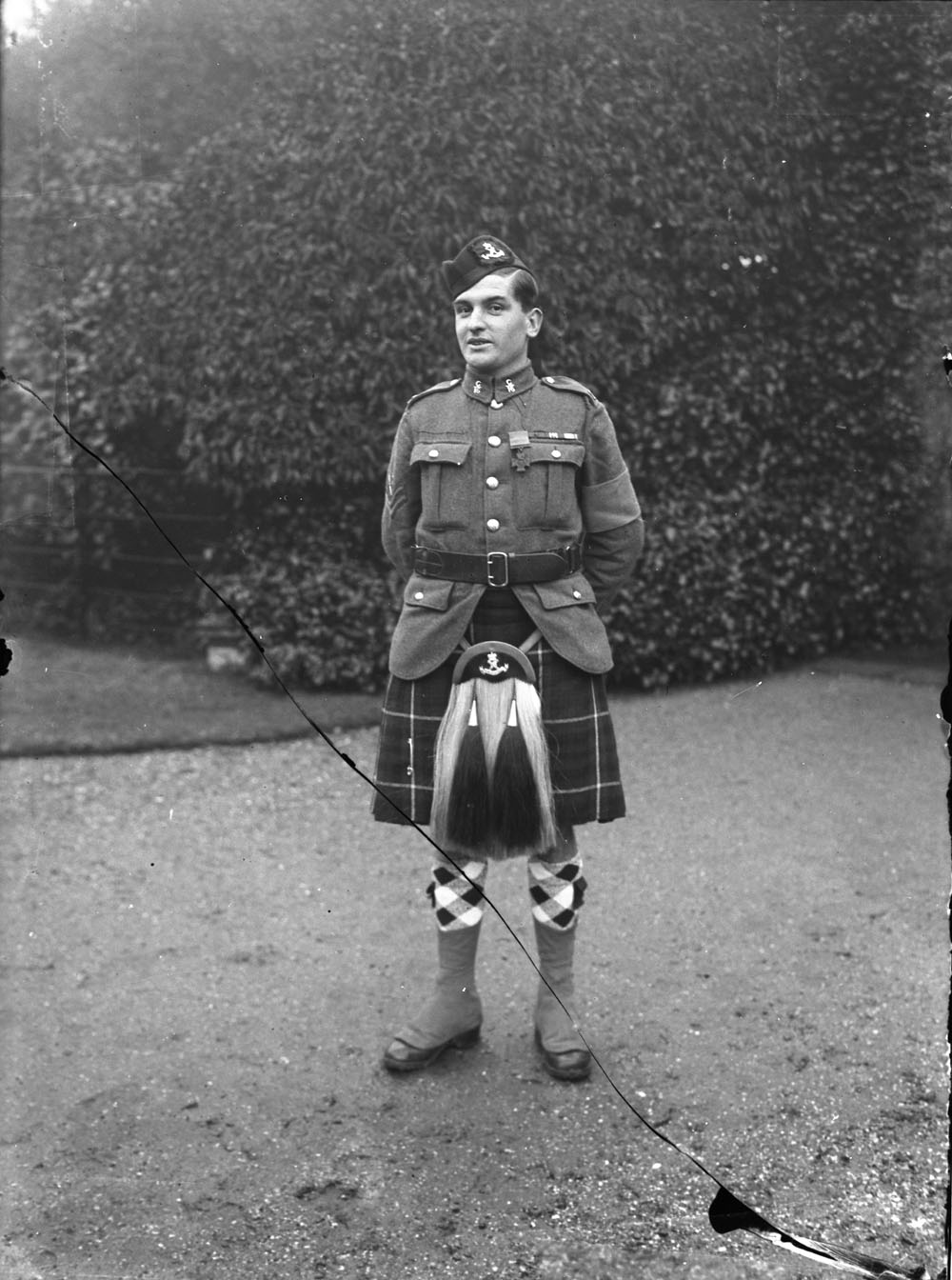 Corporal William Henry Metcalf, VC.
LAC/MIKAN 3357238
Braving “a perfect hail of bullets and bombs,” says his citation, Corporal William Henry Metcalf used a signal flag to direct a tank along enemy trenches to take out machine-gun positions. Although wounded, he continued to advance until ordered to have his wound treated. He settled in Lewiston, Maine, after the war. 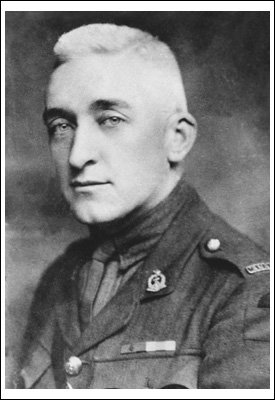 Captain Bellenden Seymour Hutcheson, VC, of the Canadian Army Medical Corps.
Directorate of History and Heritage
Captain Bellenden Seymour Hutcheson, a doctor, saw a wounded sergeant in front of Canadian lines and rushed to his aid, treating him under enemy fire. “With utter disregard of personal safety, he remained on the field until every wounded man had been attended to,” reads his citation. He died in 1954 in Cairo, Illinois. 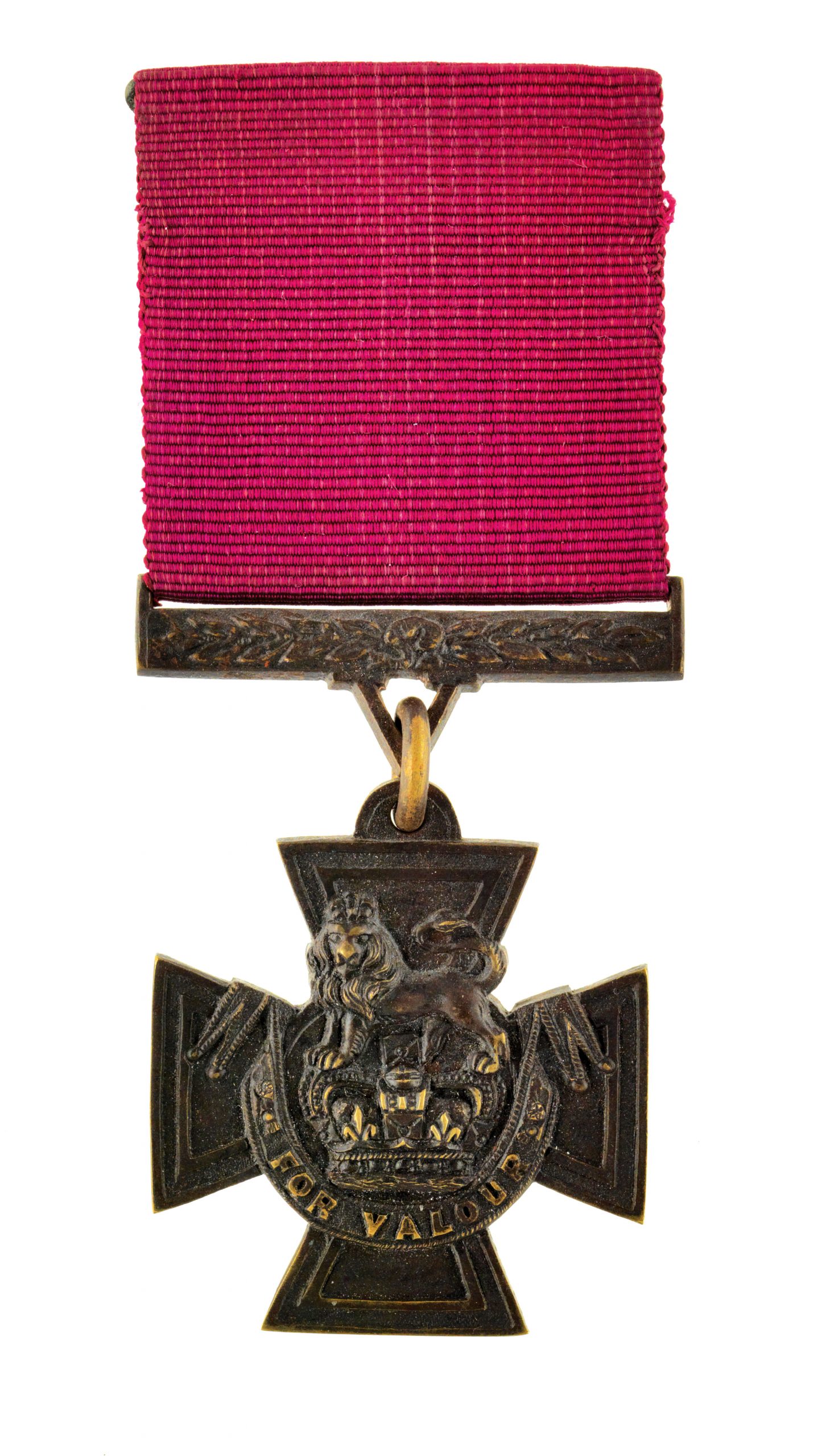 The Victoria Cross is the Commonwealth’s highest decoration for valour.
CANADIAN WAR MUSEUM—20110065-001
Four recipients were immigrants to Canada; two of them received the award posthumously.

Sergeant Arthur George Knight came to Canada from England in 1911. He led a grenade attack, then rushed forward alone, bayoneting several enemy and forcing a retreat. Spotting about 30 enemy taking shelter in a tunnel, he again forged ahead alone, killing three and capturing 20 more. Later still, “he routed, single-handed, another enemy party which was opposing the advance of his platoon,” reads his citation. He died of his wounds the next day. Private Claude Joseph Patrick Nunney, who came to Canada as an orphan from Ireland, went ahead of his company on Sept. 1, encouraging men forward and helping repulse an enemy counterattack. The next day, he was severely wounded when again out front of his company, setting a fearless fighting example. He died of his wounds 16 days later. 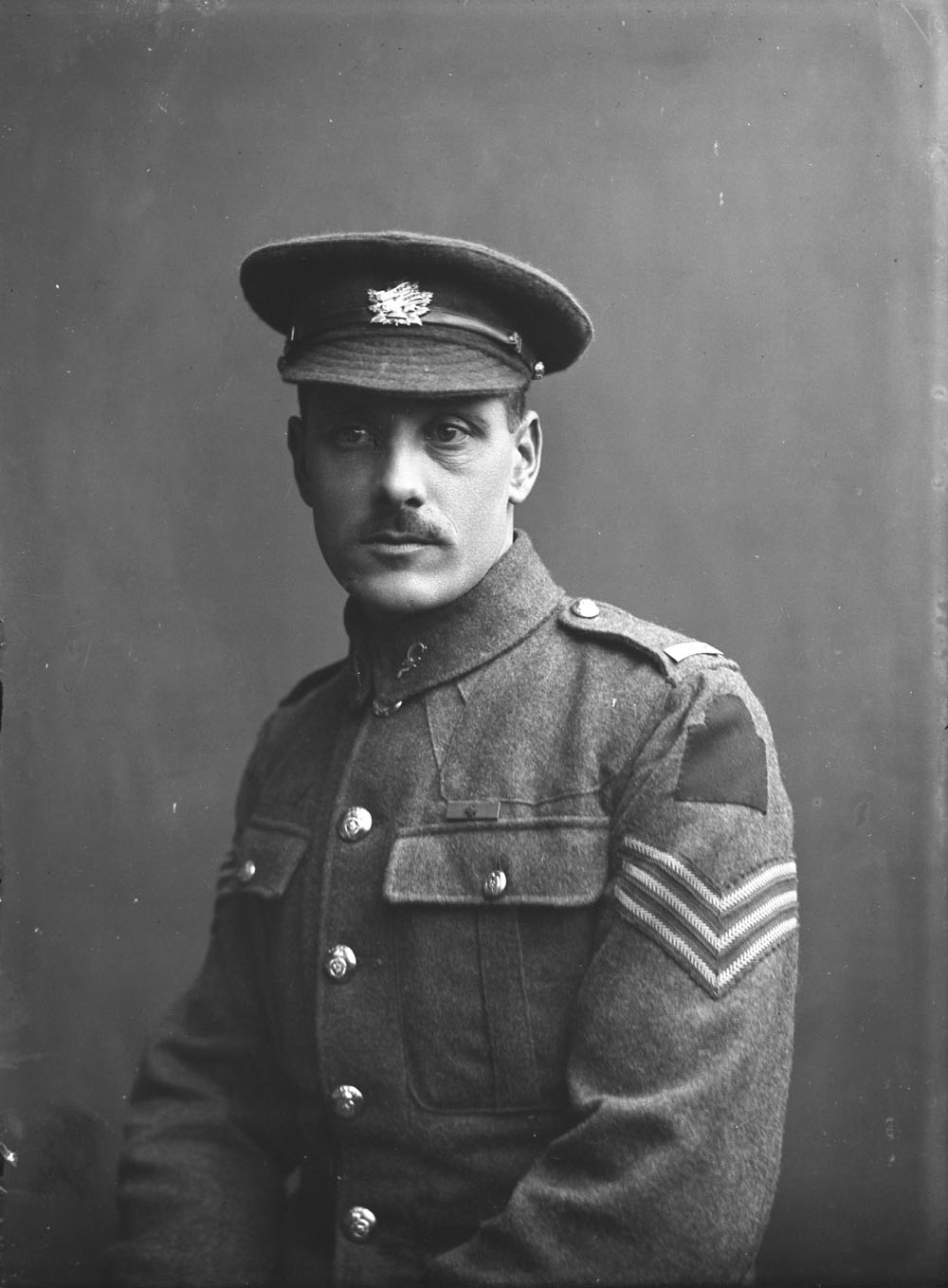 Walter Leigh Rayfield,VC.
LAC/PA-3220268
Pte. Walter Leigh Rayfield was born in England but living in Vancouver when he enlisted. He forged ahead of his unit to attack an enemy trench, capturing 10. Next, he made a fierce solo bayonet attack on an enemy trench, and 30 enemy surrendered. Later on, he left cover under heavy machine-gun fire to carry a wounded comrade to safety. He died in Toronto in 1949. 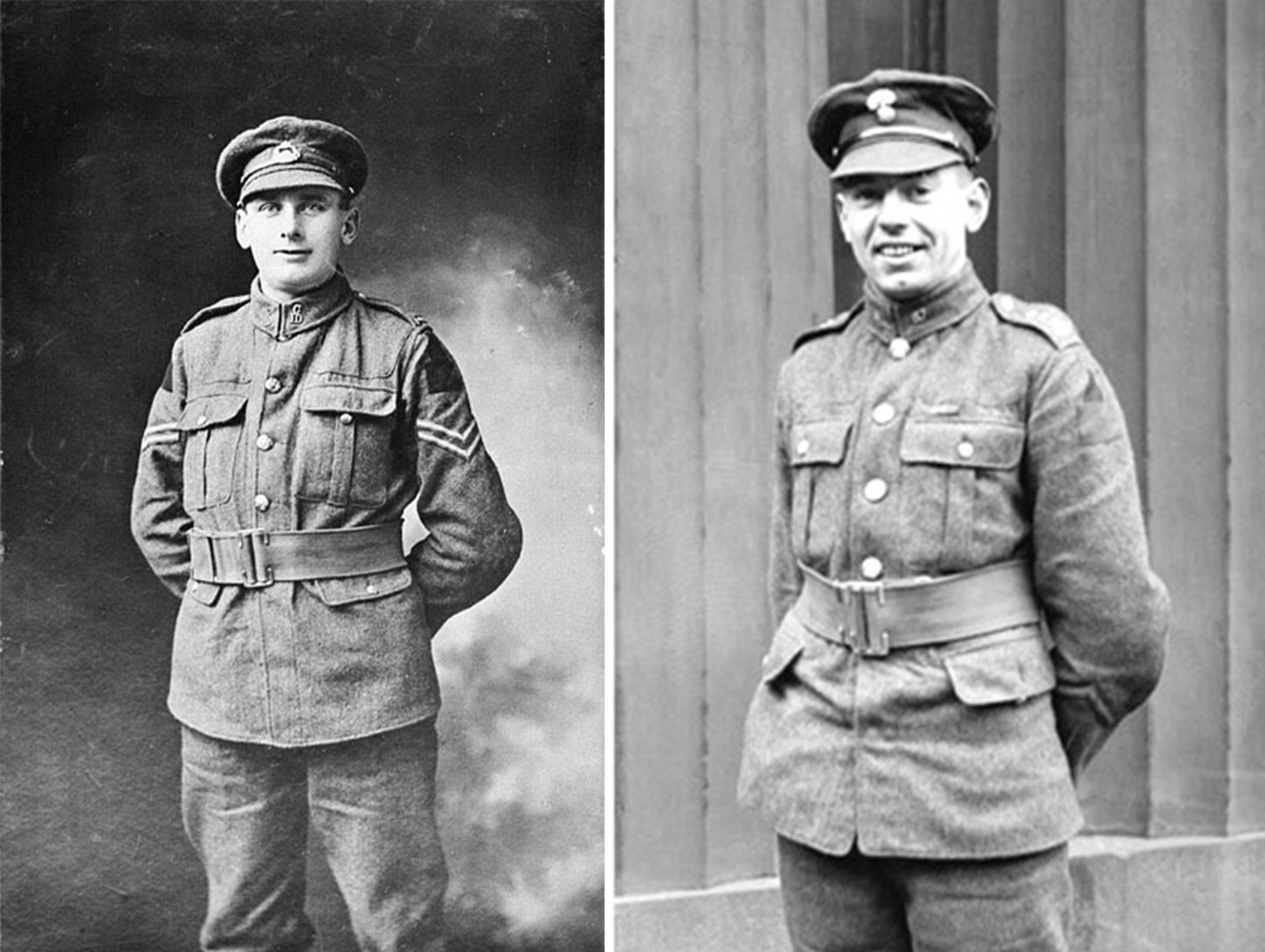 Sergeant Arthur George Knight, VC (left) and Private John Francis Young, VC.
LAC/PA-6724; Directorate of History and Heritage
Pte. John Francis Young, a stretcher-bearer who came to Canada from England as a young man, went out under heavy shell and machine-gun fire and lacking cover, to treat the wounded. When he ran out of supplies, he fetched more dressings and went back to aid the wounded. When the attack eased off, he organized and led stretcher parties to remove the wounded from the battlefield in the Dury-Arras sector. Young died in 1929 in Sainte-Agathe-des-Monts, Que. 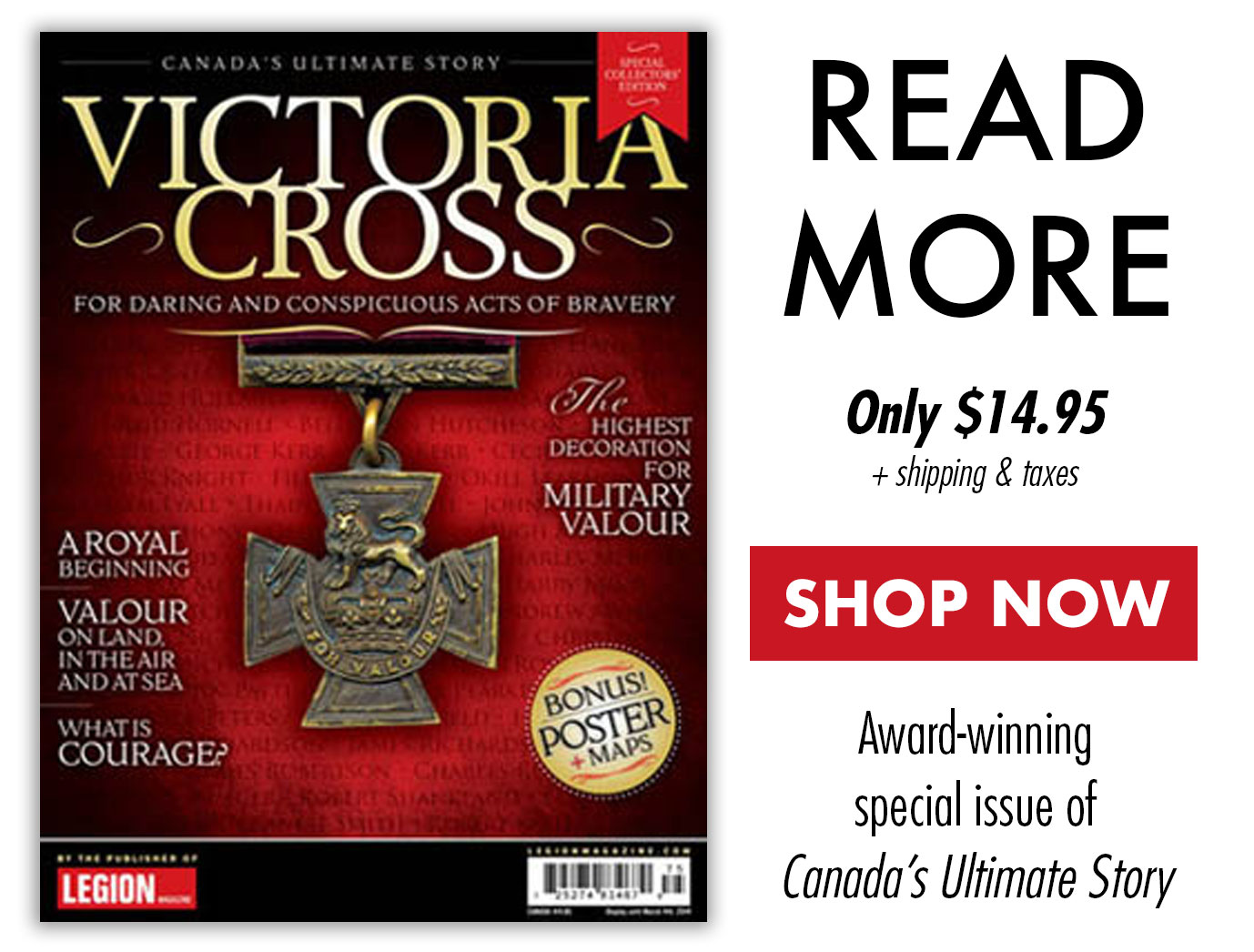