Heroes and Villains: Vickers and Barrett vs Zehaf-Bibeau 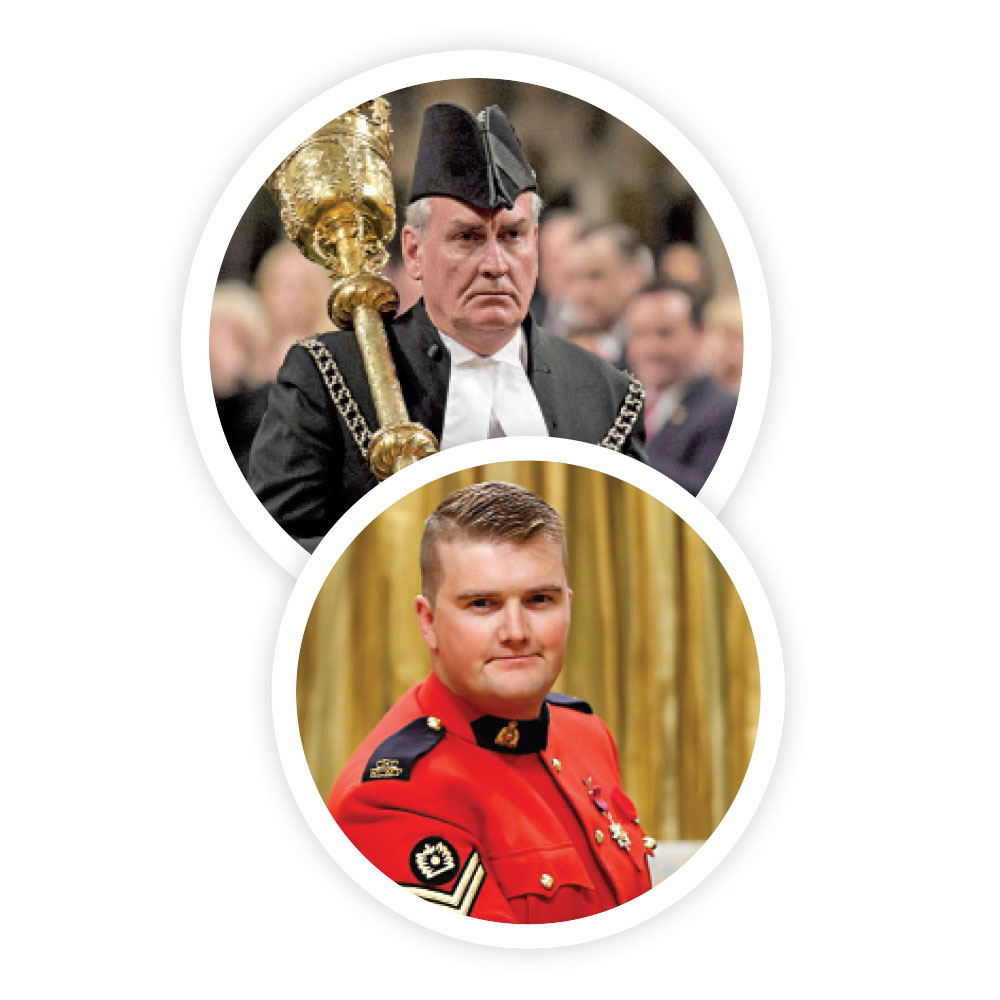 On Oct. 22, 2014, Parliamentary Sergeant-at-Arms Kevin Vickers heard at least a dozen gunshots outside his office adjacent to the House of Commons Hall of Honour.

Snapping a 15-round clip into his 9-millimetre Smith & Wesson pistol, the former RCMP officer of 29 years walked toward the firing. As Vickers closed on an alcove where gunman Michael Zehaf-Bibeau was sheltering, a colleague shouted that he was right beside the gunman. Pressing up against a pillar, Vickers saw the barrel of a long gun thrusting out from the opposite side. Vickers could also hear Zehaf-Bibeau’s laboured breathing.

Vickers was about to engage when four Mounties, who had deployed as an ad hoc incident active response team, advanced into the Hall of Honour in diamond formation. Constable Curtis Barrett was at the team’s head.

Suddenly Zehaf-Bibeau stepped out of the alcove and fired a shot toward the Mounties. Feeling the percussion of the shot pass him, Barrett moved leftward to acquire a better firing angle. As he did so, Barrett saw Vickers jump from behind the pillar, dive to the floor, roll and begin firing his pistol almost point-blank at Zehaf-Bibeau.

Now only four metres from the gunman, Barrett advanced toward him with pistol blazing. When he was just a metre or so away, Zehaf-Bibeau fell to the ground. Vickers was in a sitting position, firing his last rounds at Zehaf-Bibeau. Barrett, meanwhile, believed all of his 15 rounds struck the gunman. For certain, one round penetrated the man’s head.

Barrett advanced toward him with pistol blazing.

Barrett—a former Canadian Army combat engineer—checked for wires linked to an explosive vest and discovered a knife secured to one arm. He cut it free and stepped back from the body. He and Vickers then hugged, agreeing their job was done.

Vickers returned to his office to retrieve another clip, then entered the nearby Reading Room where the Conservative government caucus had been meeting.

“I have engaged the suspect. The suspect is now deceased,” he reported.

Hailed a hero, Vickers was awarded the Star of Courage and appointed Canada’s ambassador to Ireland. In April 2019, he was acclaimed leader of the New Brunswick Liberal Party.

Barrett’s role was largely unrecognized. “The Vickers train has left the station,” a senior RCMP officer told him. “You might not be happy but that’s the way it is.” Spiralling into post-traumatic stress disorder, at first ineptly treated, he slowly recovered. Returning to active duty in 2016, Barrett was also awarded the Star of Courage. 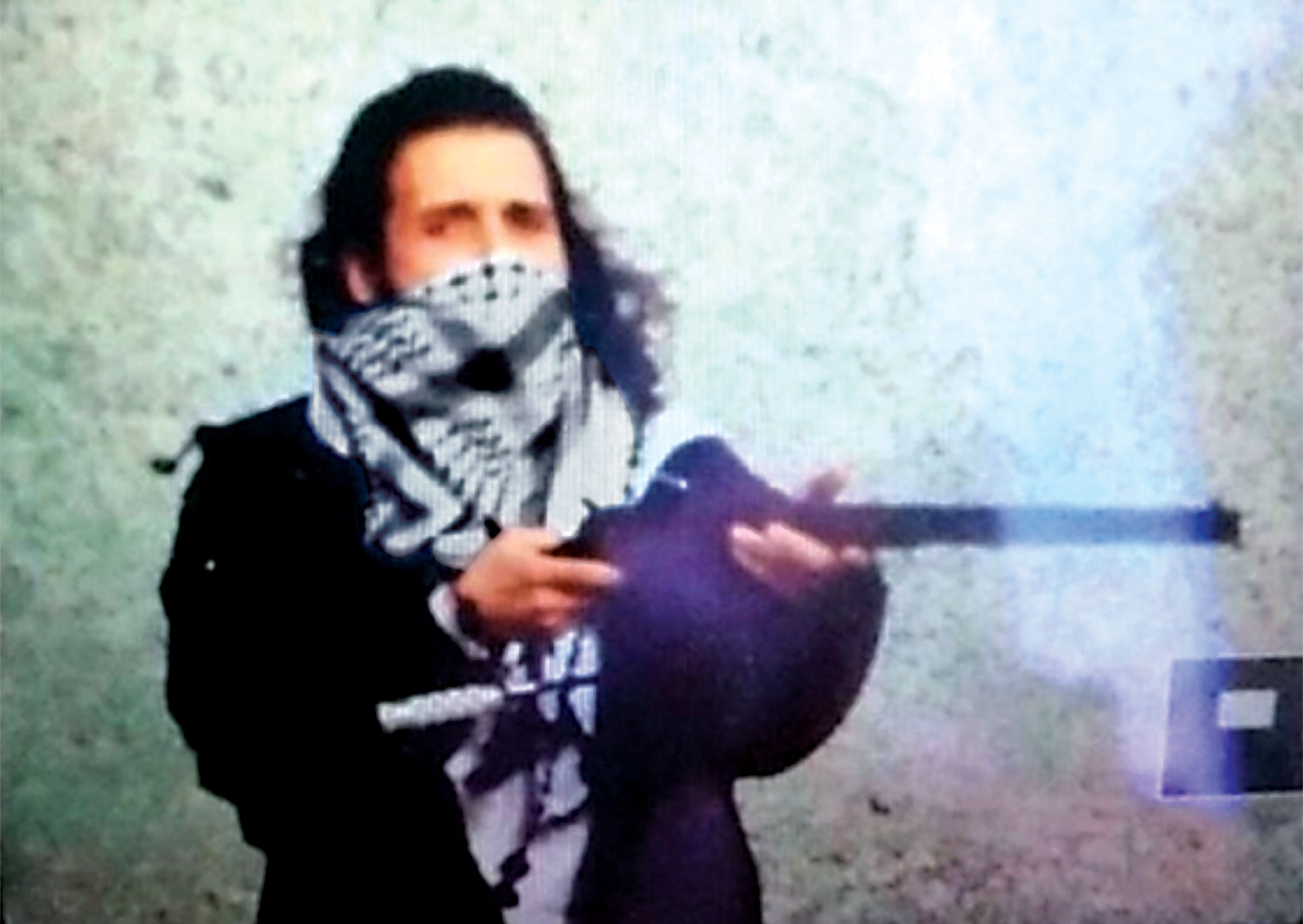 The final straw for 32-year-old Michael Zehaf-Bibeau came on Oct. 2, 2014, when the Libyan Embassy in Ottawa refused to renew a passport that would enable him to travel to join Middle East jihadists.

For most of his adult life, Zehaf-Bibeau had struggled with drug addiction while becoming an increasingly militant Islamist. With his Canadian passport application also mired in RCMP criminal background checks, Zehaf-Bibeau decided to launch a one-man war.

He bought a clapped-out Toyota Corolla, which he failed to license, and drove 150 kilometres to an aunt’s home in Mont-Tremblant, Que., on Oct. 21. There he retrieved a long-hidden knife and, perhaps, the lever-action .30-30 Winchester rifle he used the following day.

Returning to Ottawa on the morning of Oct. 22, he parked near the National War Memorial and recorded a short video on his cellphone. Because Canada was in Afghanistan, he said, mujahedeen—holy warriors—must retaliate.

“So, just aiming to hit some soldiers, just to show that you’re not even safe in your own land,” he said. “You guys have forgotten God.”

The attacker left his car and ran toward the Centre Block’s front doors.

The gunman exited his car at about 9:50 a.m., dressed in a black jacket and blue jeans with a checkered Palestinian kaffiyeh obscuring the lower part of his face. He approached the National War Memorial. At close range, he fatally shot Corporal Nathan Cirillo twice in the back. A third shot missed another sentry from the three-man ceremonial guard.

Zehaf-Bibeau jumped back in the Toyota and drove to the Elgin Street entrance to Parliament Hill. Just two minutes had elapsed. Brandishing the rifle, he ran past security posts toward the East Block parking area. Carjacking a ministerial car, he drove toward Parliament’s Centre Block entrance with two RCMP cars in pursuit.

The attacker left the vehicle and ran toward the Centre Block’s front doors. Inside were two parliamentary security guards. Seeing the rifle, Constable Samearn Son shouted “Gun! Gun! Gun!” and lunged toward the man, only to be shot in the foot.

Racing on, Zehaf-Bibeau entered the Hall of Honour and took cover in an alcove. Trapped, he was killed by gunfire from Vickers and Barrett, who fired the majority of shots that struck him.

Fifty-six shots were fired at Zehaf-Bibeau, inflicting 31 wounds. One shot by Barrett was forensically determined to have perforated the brain, immediately incapacitating the gunman. A second shot, likely fired by either Barrett or Vickers, entered his right side and perforated the heart with rapid deadly effect. An investigation ruled that stopping Zehaf-Bibeau’s rampage with lethal force was necessary.

PrevPrevious ArticleVictory in the Pacific
Next ArticleWorthingtonNext