The Canadian Corps reunites for a big bash 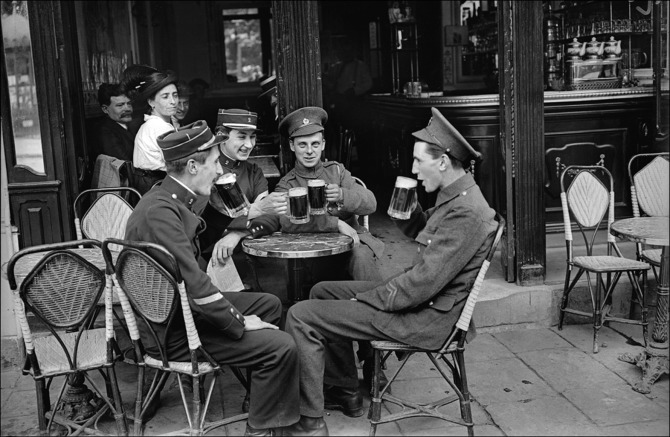 French and British soldiers drink beer at a Paris café in 1914.
Jacques Moreau/Archives Larousse, Paris, France/Bridgeman Images
On the weekend of Aug. 4, 1934, more than 90,000 veterans—from every corner of Canada and some from Australia, France, New Zealand and the United States—converged on Toronto for a massive Canadian Corps reunion.

The event coincided with the 20th anniversary of the start of the First World War and against the backdrop of summer celebrations of the city’s centenary.

In the middle of the Great Depression, not everyone could afford to travel. A fundraising campaign helped some out. Others hitchhiked, snuck rides in railway cars or walked great distances to attend. Some 75 veterans from Vancouver arrived on a train they operated.

One major attraction was a replica French village featuring a handful of licensed estaminets.

“The estaminet had been the focal point of a soldier’s life out of the trenches,” wrote historian Jonathan Vance in Death So Noble: Meaning and the First World War. “In these rough cafes the men could feast on home-cooked eggs and fried potatoes, soothe their nerves with bottles of beer or ‘van blong’ [vin blanc], flirt with barmaids and sing bawdy songs. It was a setting that came to symbolize much that was good about the soldiers’ war.” 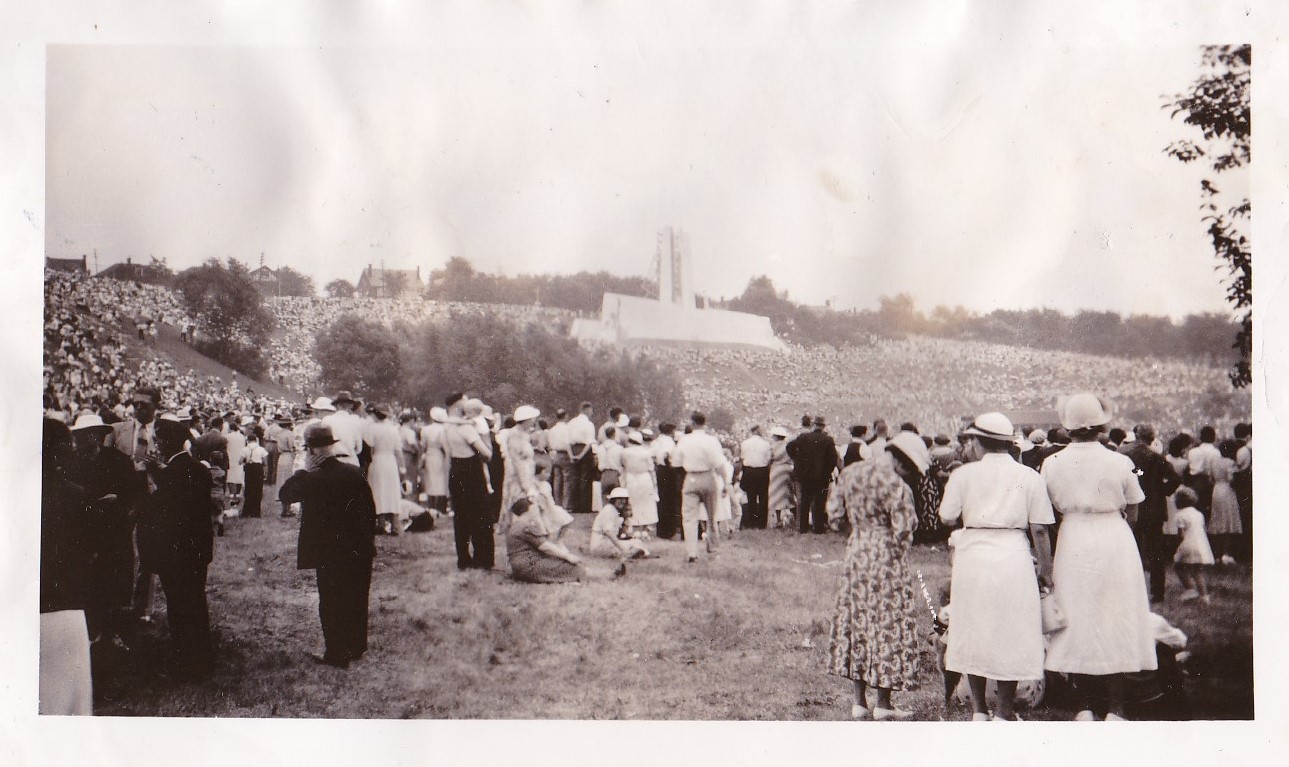 An estimated 300,000 people attended the Canadian Corps reunion in Toronto’s Riverdale Park in August 1934. A painted cardboard replica of the Canadian National Vimy Memorial is in the background.
Willa Rivett Family Private Collection/The Vimy Foundation
One soldier recalled his wartime visits to estaminets in his diary. “As fast as the various Madamissioler [mademoiselles] we visited could pour it out, we drank it, irrespective of colour or quality.” Which accounts for how he once woke up half-naked in a stable, earning a lecture on the evils of drinking during leave.

Hijinks in Toronto were perhaps also fuelled by visits to the estaminets. Veterans replaced police officers in the centre of town, disrupting traffic. One group seized an artillery piece and tried to push it into the lobby of a hotel during a mock attack while others stole a piano, hoisted it on a streetcar, and played it on Yonge Street. A former cavalryman had to give up an attempt to get a horse on top of the King Edward Hotel because the beast wouldn’t fit into the elevator.

There was plenty to see and do: visit the cardboard replica of the National Vimy Memorial, take part in an athletic competition modelled after the one held between the four divisions of the Canadian Corps on Dominion Day in 1918, attend the outdoor church service on Sunday that drew an estimated 300,000 people, attend a performance by the Dumbells, who had entertained troops in the trenches and became a popular vaudeville troupe after the war.

It was a “joyous, abandoned, uproarious culmination of a three-day triumph—the outburst of a comradeship which had lain dormant for 16 years,” reported The Legionary, Legion Magazine’s predecessor.

Four years later, on the last weekend in July 1938, more than 100,000 came again to celebrate the 20th anniversary of the end of the war that was supposed to end all wars. A little more than a year after that, a new generation was called to arms.