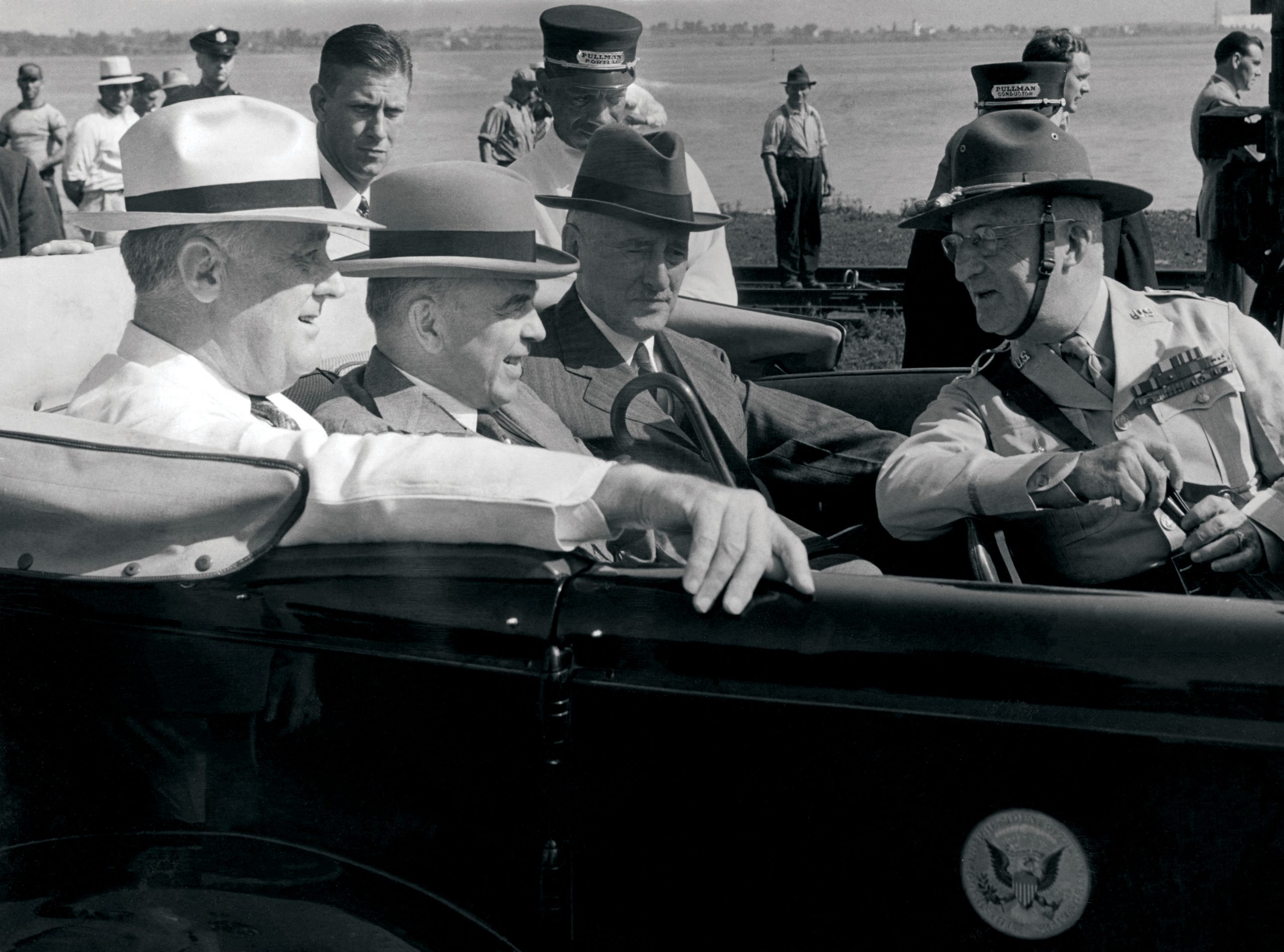 The first Canadian-American defence alliance was born in menacing times

After the German invasion of Scandinavia, the Low Countries and France in April, May and June 1940, the chances of Britain’s survival seemed very much in doubt. In Canada, there was consternation and fear, but the federal government dutifully sent every military resource it had at its disposal to bolster the United Kingdom’s defences.

Nonetheless, the astonishing Nazi conquests forced the Canadian government to consider what it might face if the worst came to pass. If Britain fell to Hitler, almost all of Canada’s trained forces would be lost. That would be a calamity, to be sure, but there were other pressing problems.

With Britain under German occupation, the Nazis would have de facto control of the Atlantic and Japan would gain a much freer hand in the Pacific, creating the possibility of a direct threat to Canada’s shores. And with Europe and Britain under German rule and much of Asia controlled by Tokyo, most Canadian trade would be lost and the domestic economy crippled.

The problems seemed insurmountable, and the Liberal government of Prime Minister Mackenzie King was acutely aware of its responsibility to protect Canada’s territory, population and economy. There was only one place to turn for help: the United States.

However, the U.S. was neutral and isolationist sentiment was strong. President Franklin Delano Roosevelt was seeking an unprecedented third term in the November election that was only months away, and he had promised that American boys would not fight in another foreign war.

Roosevelt certainly knew that Germany and Japan were aggressor nations, and he was trying to do what he could to help Britain and strengthen his military. He was considering a swap of American destroyers for British bases in the Caribbean and Newfoundland, pushing conscription through a reluctant Congress, and chipping away at the neutrality legislation that limited how much more the U.S. could do. But with Britain facing defeat and occupation, Roosevelt—and King—were forced into thinking about North American defence. 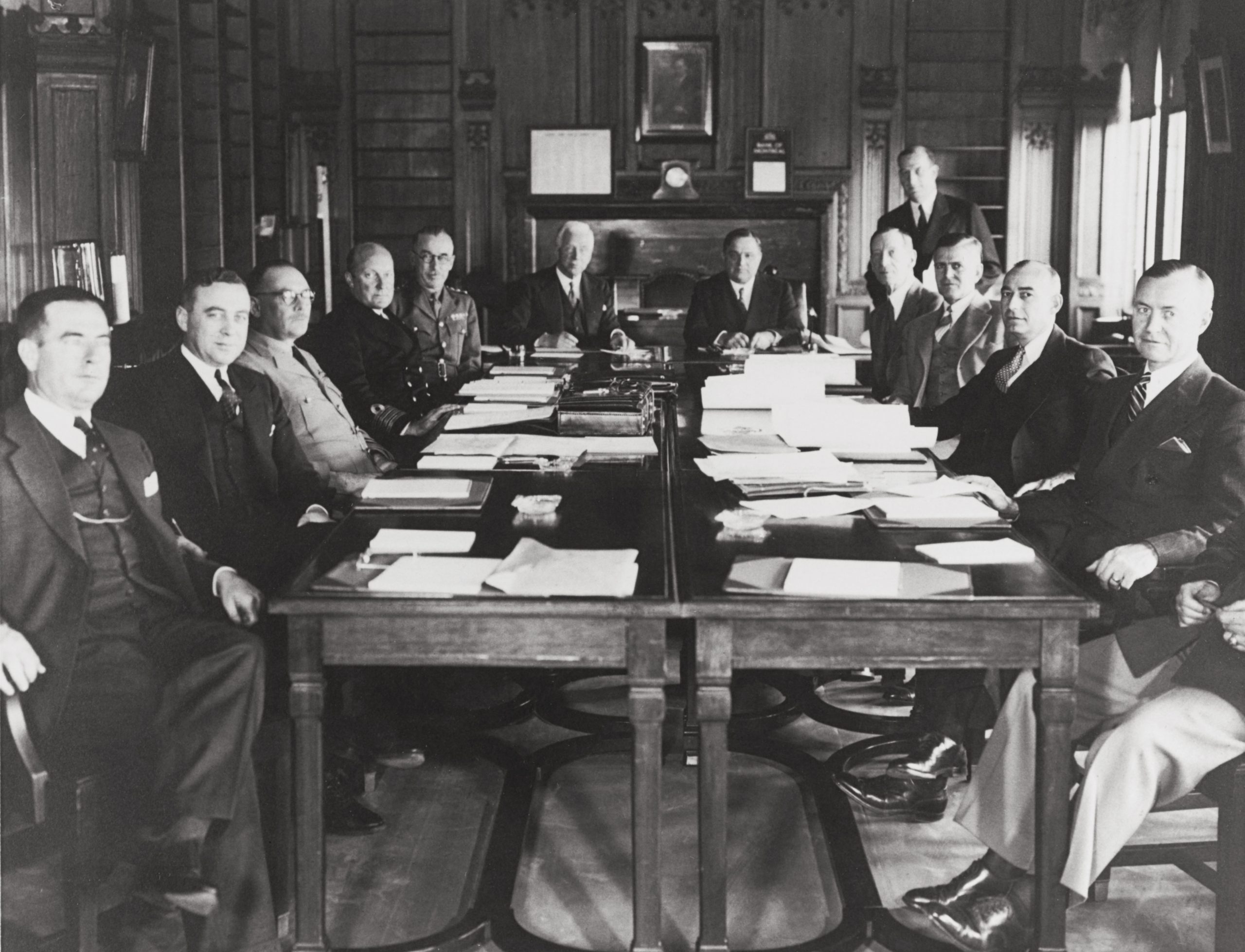 The first meeting of the Permanent Joint Board on Defence, co-chaired by a Canadian and an American, took place on Aug. 26, 1940.
U.S. Naval History and Heritage Command/NH 91719

On Aug. 14, there was “a growing public demand” in Canada for a defence agreement with the United States, reported Pierrepont Moffat, the new American minister in Canada.

Roosevelt was already thinking on those lines. He had told Loring Christie, the Canadian envoy to the United States, that he was considering sending staff officers to Ottawa to discuss the defence of the East Coast.

At a meeting with key advisers the next day, Roosevelt “got the idea on the spot that he would see Mackenzie King,” noted his secretary of the treasury. FDR called the prime minister and invited him to meet the next day at Ogdensburg, N.Y., on the south shore of the Saint Lawrence River.

“We can talk over the defence matters between Canada and the United States together,” King wrote in his diary. “I thanked him and said I would be very pleased to accept the invitation.”

The two leaders met in Roosevelt’s railway car on Aug. 17. After a short discussion, they agreed to create the Permanent Joint Board on Defence. ‘Permanent’ because, as Roosevelt explained, it was “not to meet alone in this particular situation but to help secure the continent for the future.” King agreed without hesitation.

Canada’s security had been guaranteed at a stroke. The Dominion could now continue to send as much military aid as possible to Britain. Moreover, King had tied the neutral Americans closely to a belligerent member of the British Commonwealth. This was a great day’s work, King believed, and he exultantly telegraphed Prime Minister Winston Churchill in London about the results of the discussions.

Churchill was not amused.

“Supposing Mr. Hitler cannot invade us and his Air Force begins to blench under the strain,” he replied, “All these transactions will be judged in a mood different to that prevailing while the issue still hangs in the balance.”

Churchill had obviously believed Canada was scuttling to save itself, completely missing the fact that the Ogdensburg Agreement meant Canada could now continue to strip itself bare for Britain’s defence.

King was shattered by this riposte and he complained bitterly to Britain’s high commissioner in Ottawa. A few weeks later, presumably primed by the high commissioner, Churchill wrote to King again, this time thanking him “for all you have done for the common cause and especially in promoting a harmony of sentiment throughout the New World.” King was overjoyed by this message, and he carried it in his wallet for months.

In the short term, the Ogdensburg Agreement met its purpose in defending Canada and letting Ottawa do the most it could to help Britain survive. But in the longer term, the agreement was a recognition that British military weakness had obliged Canada for the first time to move closer to another great power.

At the time, one of the few observers who understood what had happened was Frank Scott, a law professor at McGill University and a Co-operative Commonwealth Federation stalwart.

The world changed in the summer of 1940, and Canada was forced to recognize the new reality. North America was now secured for the future, as Roosevelt had said at Ogdensburg, by American power and with Canada’s willing agreement.

PrevPrevious ArticleWar inside of war
Next ArticleVictory in the PacificNext