A Dane with the CEF 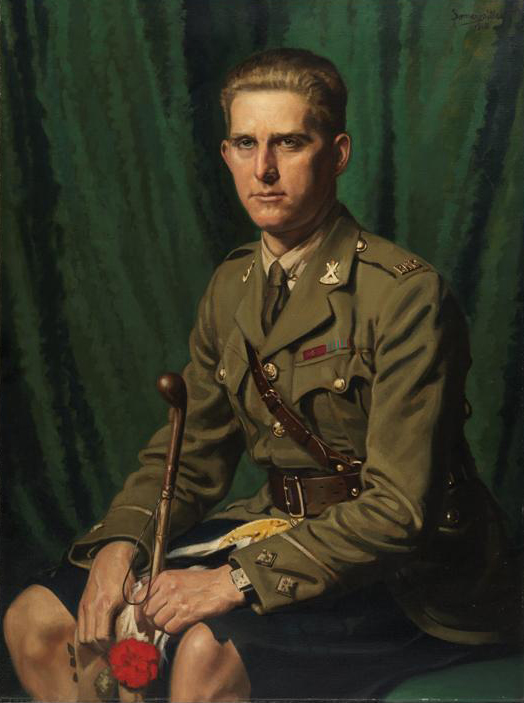 Lieutenant Thomas Dinesen, VC, by artist Howard Somerville.
CWM/19710261-0664
In 1918, a member of the Canadian Expeditionary Force was awarded the Victoria Cross—but he wasn’t Canadian at all.

In fact, Lieutenant Thomas Dinesen was from a wealthy and influential Danish family. He had graduated as a civil engineer in 1916 and wanted to enlist. Although he had served in his country’s army reserve, Denmark was neutral in the First World War.

His military ambitions were also frustrated by Britain, France and the United States: all turned him away when he attempted to enlist. While in the U.S., he came across a Canadian recruiting poster (as many as 40,000 Americans joined the CEF).

Although unfamiliar with Scottish-Canadian culture and knowing only a few words of English, he was welcomed into the Canadian army and transferred to the Royal Highlanders of Canada. He later wrote that at first he couldn’t understand why his regiment had been named for a black watch. He was sent to France in March 1918.

He was experienced in battle by the time his battalion was assigned on Aug. 12 to clear the maze of enemy trenches near Parvillers, where the Canadians were being held up by wire between the trenches. His company’s task was to bomb the German front and support trenches. They met stiff resistance.

“The Germans were hardly demoralized,” wrote Robert Smol in a 2017 article for Esprit de Corps, noting the battalion’s operations report said the enemy “fought with determination and in many cases the attack was pressed home with the bayonet.”

Dinesen, then a private, single-handedly put machine guns out of action. Throwing a dozen or so Mills bombs and using his bayonet, he killed at least a dozen enemy. 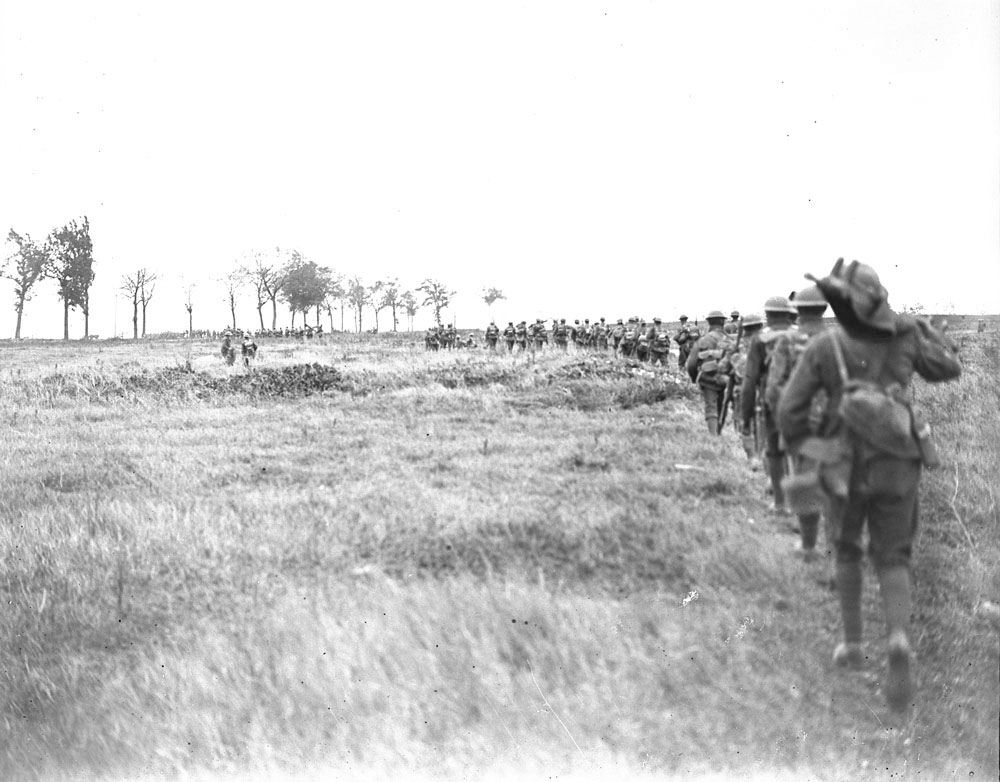 Canadians advance through a German barrage east of Arras, France in September 1918.
LAC/PA-3522265
“I turn a corner quickly—two grey Germans stand straight in front of me…Two red flashes straight into my face…but they haven’t hit me, so now it is my turn,” he wrote in his memoir, quoted by Smol. “A snap-shot at one of the two, and the other disappears round a corner…. At the next corner a shower of rifle bullets and ‘sticks’ whizz past my head from a machine-gun post…. I fire away madly till my magazine is empty; then I fling down my rifle and hurl my bombs at them…and then we reach the next machine-gun post and throw ourselves against it, yelling and roaring, with bombs and bayonets, battle-mad….”

King George V invested Dinesen with the Victoria Cross in December 1918 for “most conspicuous and continuous bravery displayed during ten hours of hand-to-hand fighting, which resulted in the capture of over a mile of strongly garrisoned and stubbornly defended enemy trenches,” says the citation.

“Five times in succession he rushed forward alone, and single-handed put hostile machine guns out of action, accounting for twelve of the enemy with bomb and bayonet. His sustained valour and resourcefulness inspired his comrades at a very critical stage of the action and were an example to all.”

He was appointed lieutenant before the end of the war and after hostilities ceased, joined his celebrated sister Karen Blixen, author of Out of Africa, on her farm in Kenya before also launching a career as a writer. His memoir Merry Hell: A Dane with the Canadians, was translated into English in 1930.