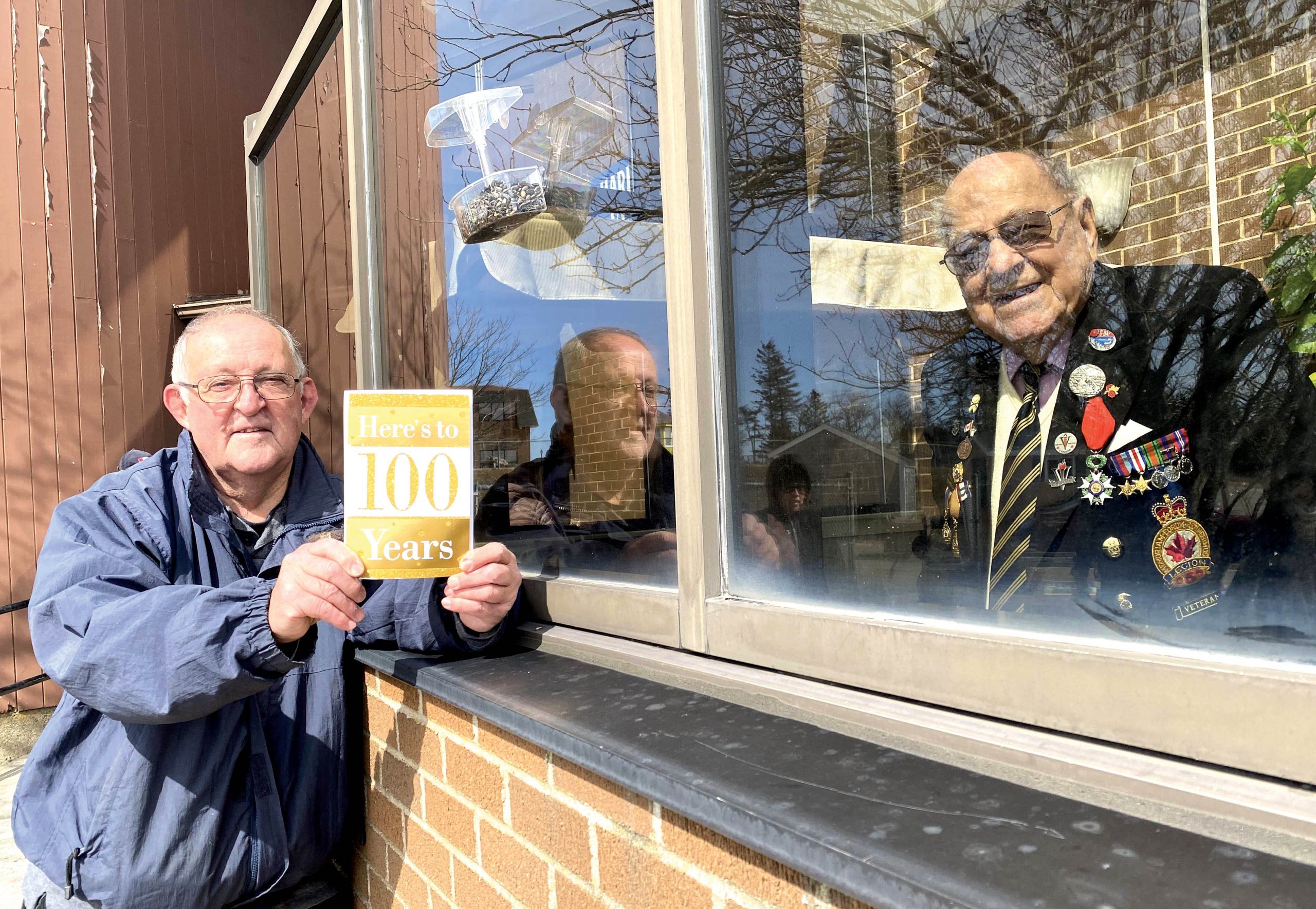 “Within the Legion, I have witnessed and learned of countless heartfelt initiatives to help our veterans and communities weather this storm.”

With those words, Tom Irvine, President of the Royal Canadian Legion, captured the essence of the generosity and camaraderie that runs through Canada’s military and veteran community, particularly in these troubled times.

Branches across the country have been shuttered since mid-March, and many face dire financial strain without their income from functions and fundraising, their savings being depleted to pay bills. Some, already on the precipice due to declining memberships, likely won’t survive this blow. (Dominion Executive Council has created a $3-million support fund for struggling branches.)

But that hasn’t kept members from doing good works—from a distance—in their communities to help isolated and vulnerable veterans make it through the COVID-19 crisis. And to honour them.

“What we have done is keep up with our usual veterans on the phone every week or two,” Michael Cormican, president of General Stewart Branch, told the Lethbridge Herald. “So far they all seem very positive and most are understanding of the situation. They are grateful we are staying in touch and making sure they are OK.”

In Yarmouth County, N.S., a handful of members of the Wedgeport Legion made sure veteran Alcide LeBlanc received greetings on his 100th birthday on March 21. Standing far apart from one another (the day before the province declared a state of emergency), they sang “Happy Birthday,” held up signs and waved while LeBlanc watched, smiling, through a window of the care facility where he lives.

Collingwod, Ont., Branch offered up its property for a field hospital to be built in case a surge in patients exceeded the capacity of Collingwood General and Marine Hospital. City council approved $100,000 from its COVID-19 contingency fund to prepare the location.

Regina Branch converted its second annual YQR VetRun on April 25-26 into a virtual run, where entrants ran routes of their own choosing while following distancing regulations. It raised $8,135 for the poppy fund.

Commemorations on the 75th anniversary of the liberation of the Netherlands and the end of the Second World War had to be scaled back too. Veteran parades and public ceremonies were cancelled, but other ways were found to mark the occasion.

On May 8, Ottawa held a virtual ceremony streamed on the Canada Remembers Facebook page, featuring Governor General Julie Payette, who encouraged Canadians to “celebrate freedom and remain strong in the face of adversity.” The Royal Canadian Artillery Band played “O Canada” in a 22-person video grid.

Solitary Legion members placed wreaths at cenotaphs across Canada, and the Legion asked followers to post photos of themselves wearing red to remember the sacrifices made. In England, the BBC provided extensive VE-Day programming, including a broadcast of wartime prime minister Winston Churchill’s speech declaring victory in Europe.

All of which affirms Irvine’s view. Veterans are among the most honoured—and vulnerable—members of society. Even though we can’t gather together with or for them right now, there are myriad other ways to support and honour them—from our homes and our hearts.

PrevPrevious ArticleHeroes and Villains: The sniper and the target
Next ArticleDominion convention and other events rescheduledNext