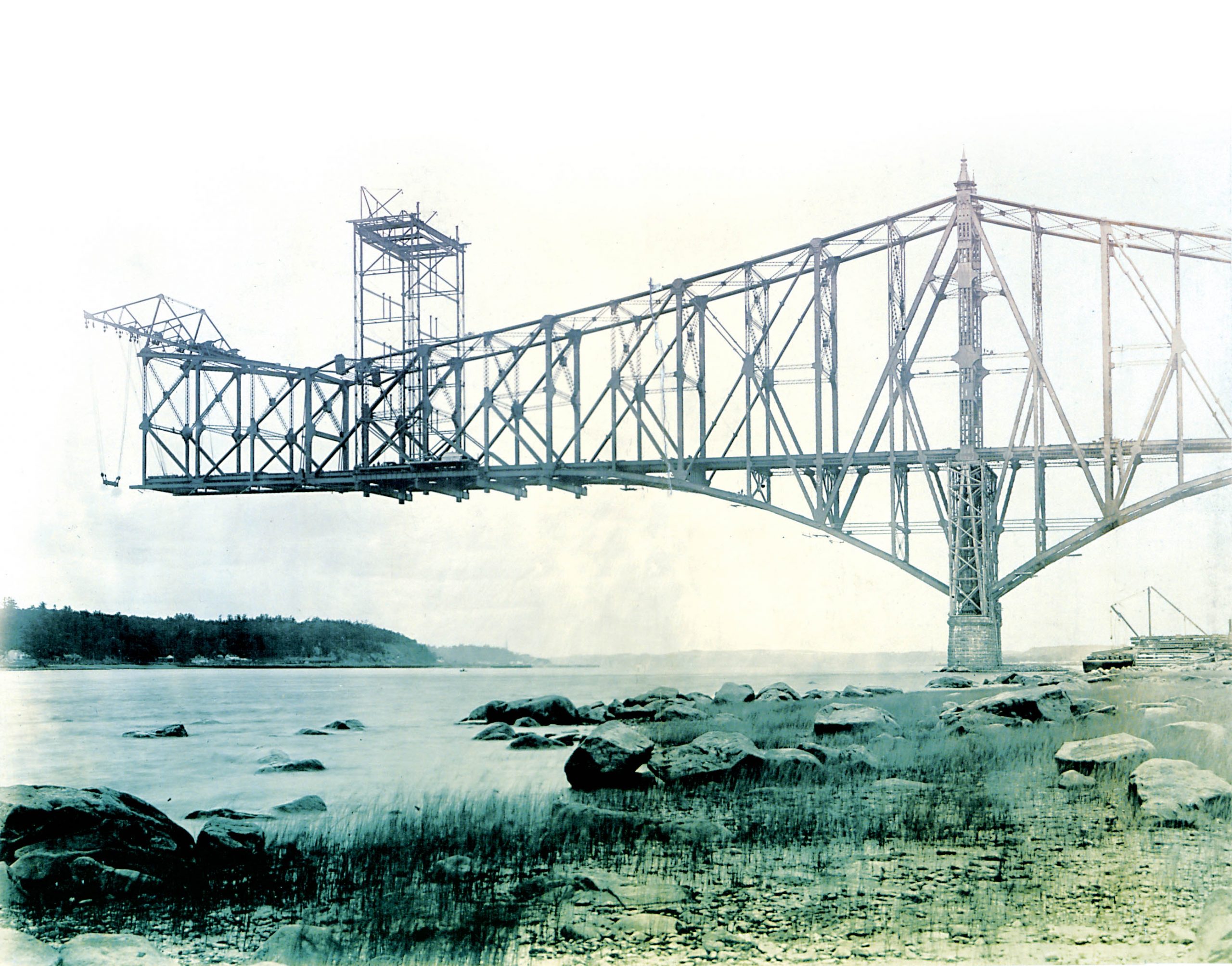 When they started building the Pont de Québec spanning the Saint Lawrence River in 1905, there was a sense of pride. Designed mainly for rail traffic, it was going to be the biggest cantilever bridge in the world, longer than the Forth Bridge in Scotland.

But on Aug. 29, 1907, a riveter noticed that a rivet he’d put in only an hour earlier had broken in half. Minutes later the structure twisted and collapsed with such force that people in Quebec City, 10 kilometres away, thought it was an earthquake.

The engineering challenges of the Quebec Bridge had been daunting. It spanned a shipping lane, so it had to have a 45-metre clearance for ocean-going ships. It was 850 metres long, but needed a single 550-metre span in the centre.

The options were to scrap what they’d already built and start over, or hope that the extra weight was within the safe tolerance for the structure. Cooper went with the latter. A factor in the decision was that the Prince of Wales was going to open the bridge and any delay might jeopardize that.

Cooper also wanted to cut costs. The span could have been made considerably shorter by building piers farther into the river but Cooper didn’t want the expense. When a Canadian government engineer questioned the wisdom of this, Cooper was outraged by the criticism and dismissed it. He retreated to New York and left on-site supervision in the hands of a subordinate.

In June 1907, an inspector noticed that a girder deviated by one-quarter inch. In early August, a second inspection noticed a further deviation and the girders “appeared bent.” By Aug. 27, the girders were misaligned by a few inches.

Two days later, Norman McClure, the head of the inspection team, went to New York to discuss this worrisome situation with Cooper. Meanwhile construction continued. The reason it continued is that B.A. Yenser, the senior engineer on site, “had a dream” that told him the girders were safe. They collapsed at 5:32 p.m. on Aug. 29.

Of 86 workers who were on the bridge that day, 75 died, some crushed by the steel and others drowned. Thirty-three of them were from Caughnawaga (now Kahnawake) and were known for their fearless high-steel work.

It took two years to clear the twisted steel from the river. The federal government took over the project and replaced the original design with a homelier but more stable version. This version suffered its own disaster when a centre span collapsed on Sept. 11, 1916, killing 13 men.

The Quebec Bridge was finally opened by the Prince of Wales (who would become King Edward VIII) on Aug. 22, 1919. The bridge was declared a National Historic Site in 1996. Long overdue for restoration and a paint job, it was added to a list of the 10 most-endangered historic sites in Canada in 2015.