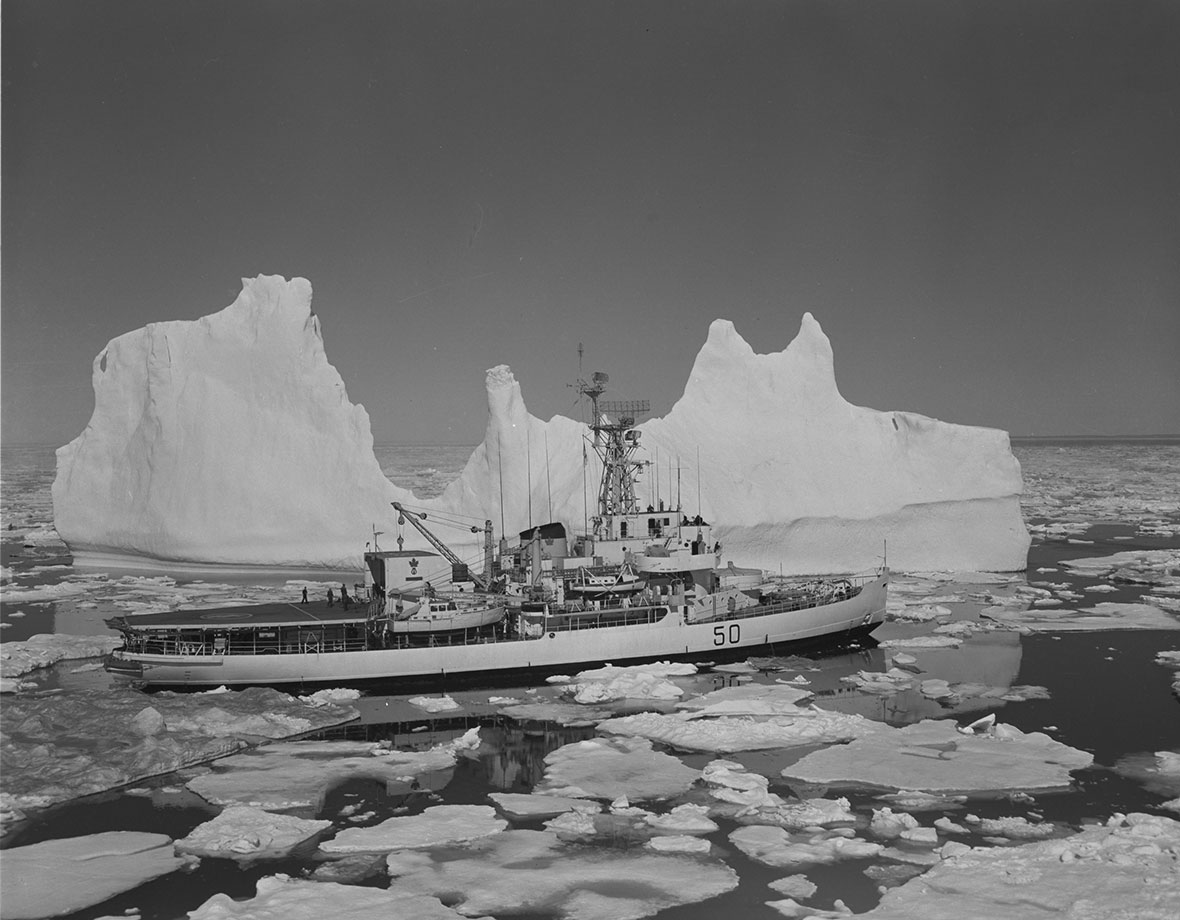 The Arctic Patrol Vessel HMCS Labrador was built in recognition of the growing strategic importance of the sovereignty of Canada’s Arctic region.
Canada.ca
Commissioned on July 8, 1954, HMCS Labrador was the first warship to sail across the Northwest Passage, returning to home port in Halifax via the Panama Canal, the first to circumnavigate North America in a single voyage.

But the Wind-class icebreaker’s biggest contributions were mapping the waterways and establishing Canadian sovereignty in the Arctic. At the time, it was feared U.S. icebreakers would move into the Arctic, jeopardizing Canada’s claims.

The ship carried two helicopters and was designed for the worst. Powered by six mighty diesel engines, it could ram through pack ice and if it got stuck, it was equipped with heeling tanks into which water could be pumped at very high speed to rock the ship back and forth and out of trouble.

The waters were uncharted and the ship’s ability to withstand rough weather were untested when Labrador set out, so officials initially kept it secret lest it failed.

Irvine would board a 12-metre survey launch to take depth soundings—even when the flimsy boat was tossed about by high seas. Labrador battered its way through heavy ice. “At times, progress was measured by yards as we rammed and backed and rammed again,” Irvine wrote in The Ice Was All Between.

In 1955, Labrador was employed surveying sites for the Distant Early Warning Line and escorted a 60-ship supply convoy. Its helicopters were used to unload supplies.

“Steamed 18,606 miles, approximately 12,000 of which were in uncharted waters. Had several close calls,” wrote Captain T.C. Pullen about the voyage in 1956. Pullen, who had two great uncles who served as naval officers in searches for the lost ships of the Franklin expedition, was well aware of the dangers of Arctic sea exploration.

After another successful season in 1957, Pullen received a message that hit “like a kick in the stomach.” Labrador, as a measure of economy, was being transferred to the Transport Department. “We were all stunned.”

Labrador had conducted over 19,300 kilometres of soundings and prepared a host of charts and sailing directions while also taking thousands of panoramic and radar photographs in 1956. The crew had established 200 oceanographic stations, 236 bathythermograph casts, collected 72 bottom samples and thousands of salinity and oxygen samples, according to HMCS Labrador: An Operational History, written by the Naval Historical Section in 2017.

Canadian Government Ship Labrador’s voyages to the Arctic continued with civilian service—for hydrographic surveys in summer and as an icebreaker on the St. Lawrence River in the winter. In 1962, it was assigned to the Canadian Coast Guard. Eventually metal fatigue made it unsuitable for Artic voyages. The ship was retired in 1987 and sold for scrap in 1988.