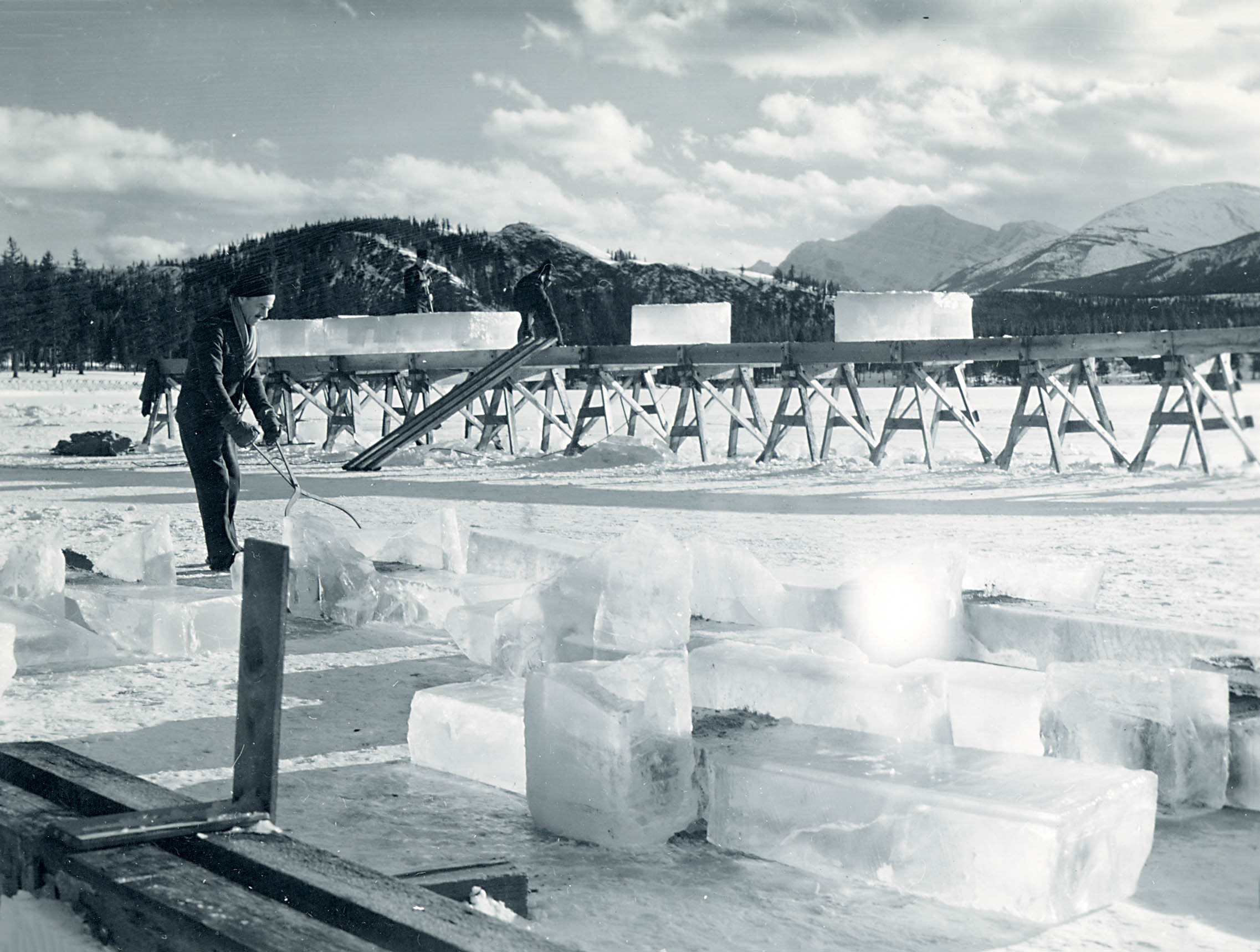 Ice from Patricia Lake in Alberta was used in the top-secret iceberg ship prototype, which was disguised as a boathouse.
Jasper-Yellowhead Museum & Archives

Aircraft carriers were a great innovation in protecting convoys out of range of land airbases during the Second World War. But aluminum and steel were in great demand. Could another material be used?

Geoffrey Pyke, a researcher with Britain’s Combined Operations Headquarters, knew how difficult it is to destroy an iceberg, and he wondered: what about an airfield on the levelled top of a berg? 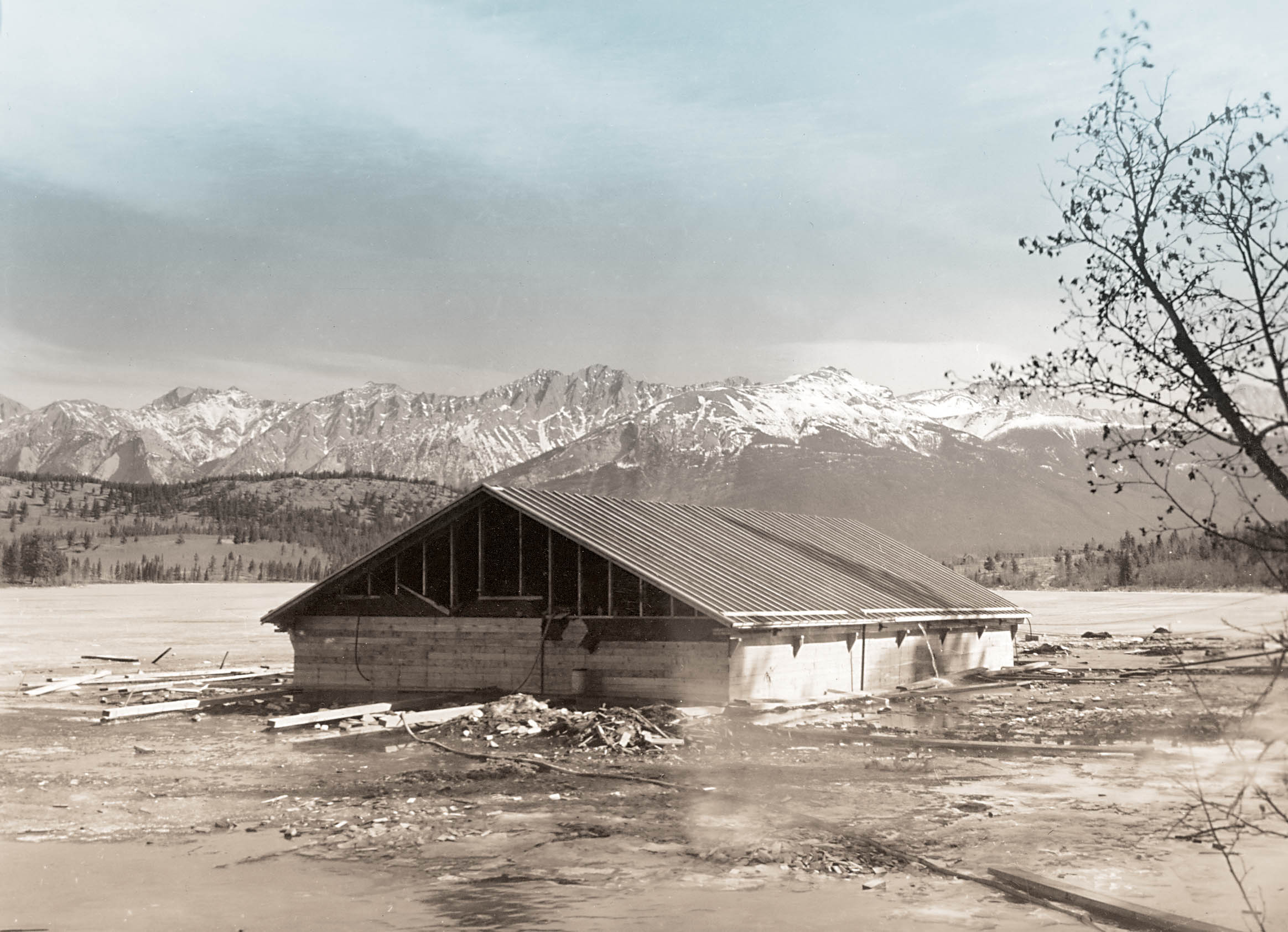 Ice from Patricia Lake in Alberta was used in the top-secret iceberg ship prototype, which was disguised as a boathouse.
Jasper-Yellowhead Museum & Archives

Problem was that only about 10 per cent of an iceberg is above the surface, so one large enough to accommodate a runway would need hundreds of metres of ice below water and be impossible to tow. Besides, icebergs have a tendency to melt in mid-Atlantic.

Enter pykrete, a mixture of water and wood pulp which proved amazingly strong after freezing. Invented by polymer chemists but named for Pyke, it melted slowly and could be shaped like the wood or metal it would replace for building, say, an aircraft carrier. British Prime Minister Winston Churchill was an enthusiastic supporter. 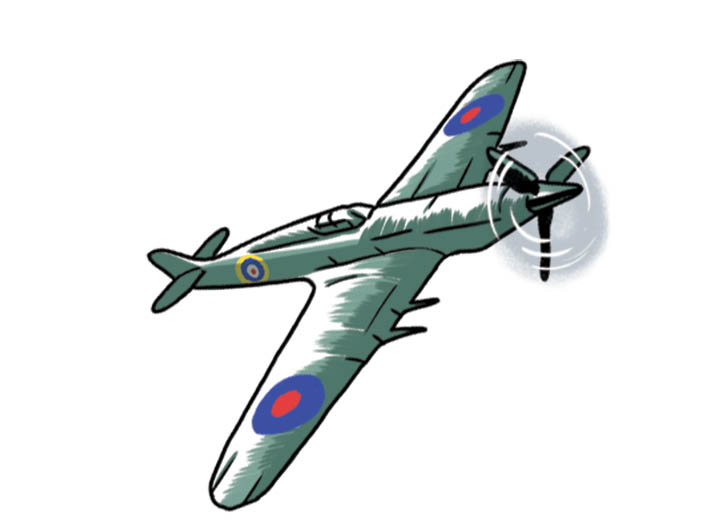 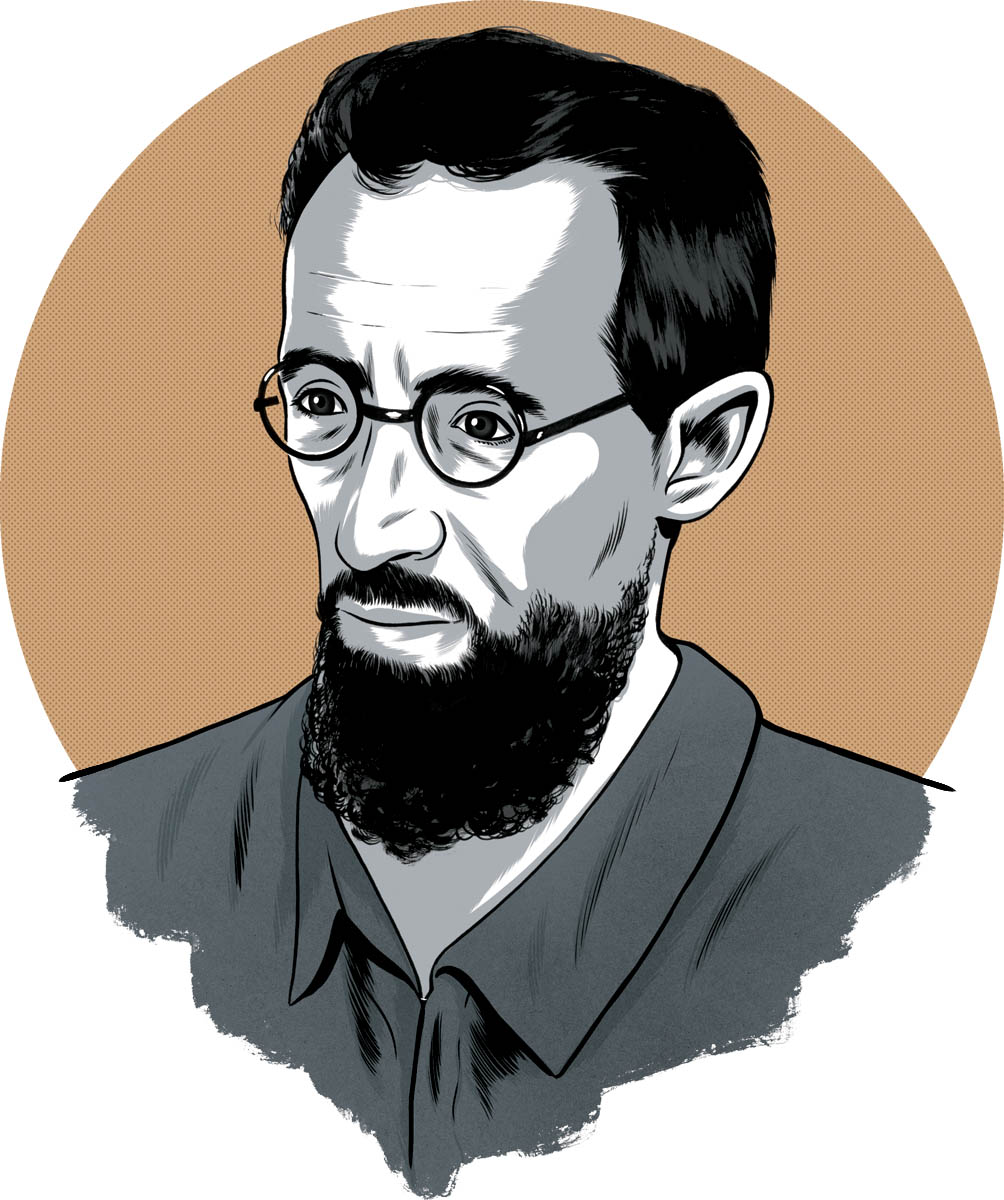 Geoffrey Pyke came up with the idea of making a gigantic aircraft carrier mostly from ice.
Illustrations by Joel Kimmel

Where to test out the feasibility of the project? Why Canada, of course, with its cold winters and researchers familiar with ice science. The project was named after Old Testament prophet Habakkuk, who was told to watch for a wonder “which ye would not believe.”

The National Research Council was assigned to build a prototype in Patricia Lake, near Jasper, Alta. After the scale model—measuring 18 by 9 metres and weighing 1,000 tonnes—was completed in 1943, the Canadian War Committee allocated $1 million to build a full-scale carrier to be ready in 1944.

Canada had the raw materials needed: 300,000 tonnes of wood pulp, 25,000 tonnes of fibreboard insulation, 35,000 tonnes of timber and 10,000 tonnes of steel—and the British Admiralty initially estimated the construction cost of the “bergship” at about £700,000 (C$1.2 million), compared to about $70 million for a conventional carrier of the day.

But a prototype was one thing, a 610-metre-long colossus another. The British wish list included:

• a speed of seven knots

• a hull impervious to torpedoes

• a runway for heavy bombers

It would need a refrigerated hull 12 metres thick to keep the pykrete frozen.

Canadian engineers estimated it would take five years to build, pull thousands of workers from other war work, and require much more lumber, concrete, pykrete and ice than the British estimated. There were technical questions to figure out, like how to control a 30-metre rudder. And they warned it could cost about $100 million to build.

Meanwhile, other means of dealing with U-boat alley had developed. Airfields in the Azores opened to Allied aircraft and the British developed larger fuel tanks for longer flights, improved radar accuracy and completed more aircraft carriers. In May 1943, King recommended ending the project.

The prototype slowly melted and sank to the bottom of Patricia Lake. Divers can still spot the wreckage today.

8,000 Number of builders needed for construction