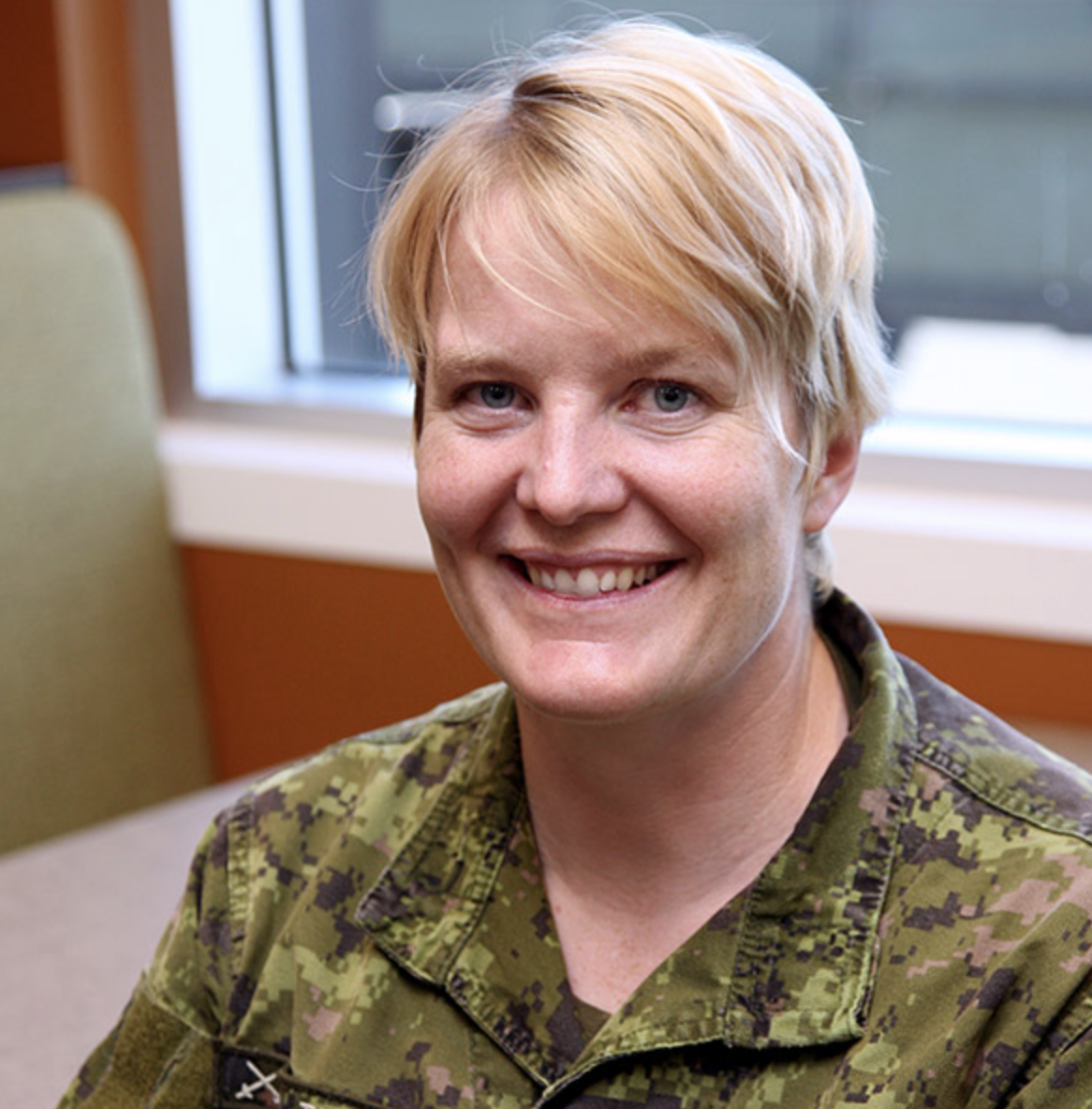 Retired lieutenant-colonel Eleanor Taylor, a trailblazer who led combat troops in Afghanistan, served 25 years in the Canadian military.
Tammy Fancy/Halifax Magazine
Eleanor Taylor was just 17 years old when, oblivious to any gender barriers real or imagined, she joined the infantry with a simple plan to find excitement and adventure in the world beyond the small Nova Scotia town where she grew up.

Having overcome the challenges of basic training, she would go on to lead combat troops—men, all—travel the world, and push far beyond those first, modest career goals before retiring a lieutenant-colonel after 25 years.

Now a wife, mother of two and reserve officer with 36 Canadian Brigade Group in Halifax, Taylor has no regrets.

“It’s only in retrospect that I can see that the environment was not as supportive of me in its entirety as it might have been for my brother officers,” said Taylor, one of five women soldiers profiled in a new podcast series mounted by the True Patriot Love (TPL) Foundation.

She didn’t consider the concept that she had chosen what was then “an unconventional path” until she entered basic training and senior non-commissioned officers asked the shy, non-aggressive 18-year-old: “Do you know what you’re getting yourself in for?”

Taylor didn’t know, and she didn’t care—at least not at first.

Despite the scepticism and the challenges confronting her, she pressed on, focusing on her strength and fitness. The daughter of two strong-minded and supportive teachers from Antigonish eventually landed in the officer training program at Royal Military College in Kingston, Ont. She had found her niche.

The contacts and friendships she developed at RMC helped her throughout her career, particularly as she willed her way forward, navigating ripples of disbelief at the trade she had chosen and doubts that she was up to the task.

“Probably that was the most damaging to me because it undermined my own confidence in my ability to succeed,” Taylor said in an interview with Legion Magazine.

“I began to think in a way that I had never thought before, and that is: ‘Maybe I am not biologically designed for this; maybe I am beating my head against a brick wall; maybe what everyone is saying is true and that this is a fool’s errand that I’m on.’”

She came to realize, though, that the greatest obstacle she faced was her own mind. The doubts didn’t last.

“What the army gives us is that it combines really good training with operational experience that allows you to accelerate your development of both confidence and competence,” says Taylor.

As a 23-year-old captain, she was leading an all-male combat platoon in Kosovo in 1999. By 2010, she was the only woman to lead a NATO combat unit in Afghanistan—a major commanding an infantry company and attached units fighting out of a remote forward operating base in Taliban country west of Kandahar. 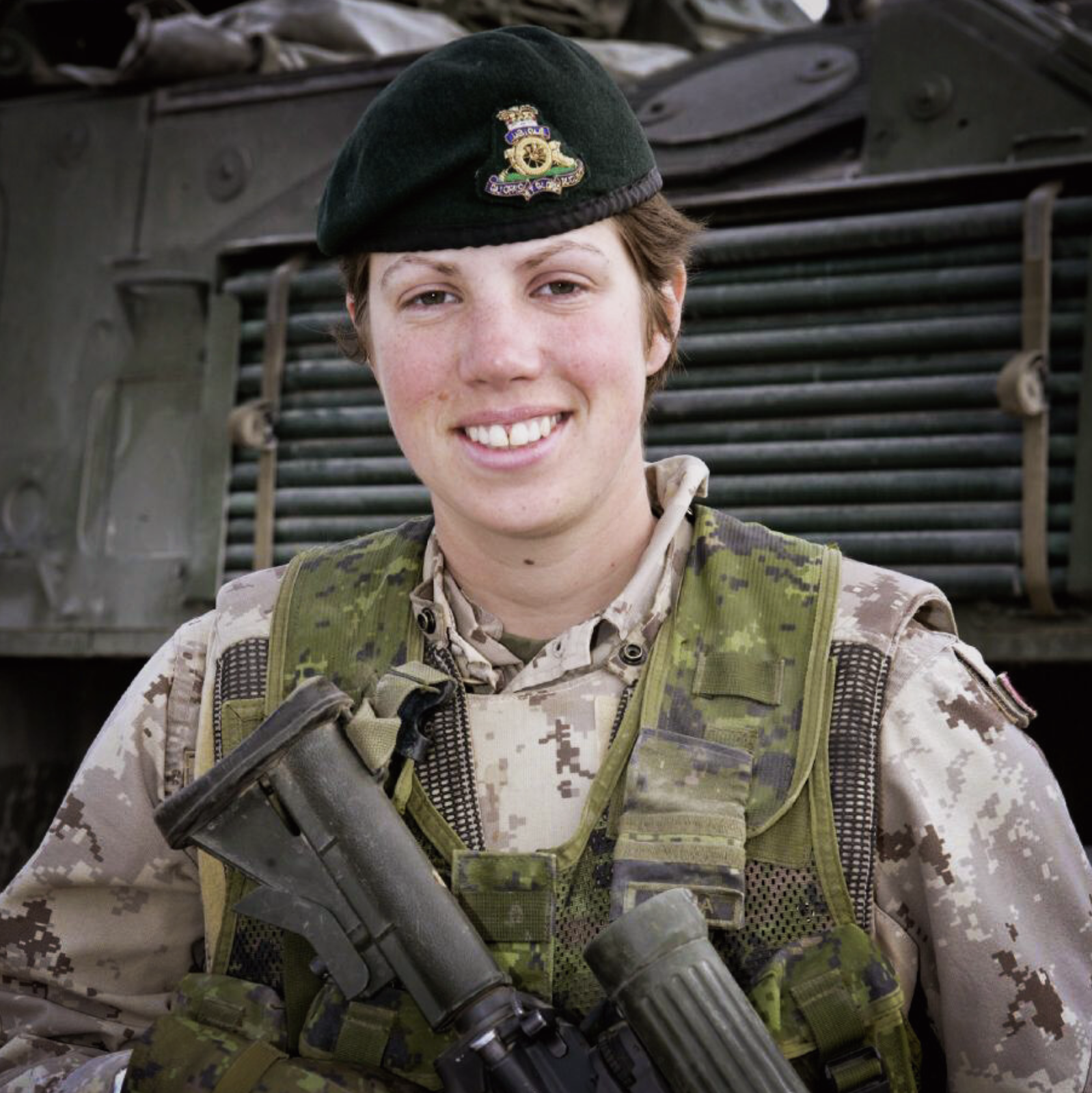 Hosted by journalist Shannon Busta and produced by Katrina Bolak, both award-winners in their fields, the series aims to inspire and engage listeners with stories of strong female leaders who model Goddard’s exceptional qualities.

TPL also hopes the podcasts will generate awareness for its Captain Nichola Goddard Fund, which supports serving and veteran women and their families.

“We wanted to create a vehicle that profiles exceptional women who have served or are still serving in the military and use their lessons on leadership, resiliency and courage as a source of inspiration generally, but it felt like the timing, particularly with the pandemic, was especially resonant,” said the foundation’s CEO, Nick Booth.

“We’re all looking for reasons to be optimistic. We’re all learning how we can cope with our own challenges. The timing has proven interesting as we help people think about their own approach to navigating challenging times.”

The podcasts, which may be expanded to 10 or more episodes, also provide unique insight into life in the Canadian Armed Forces—overseas and at home.

Other guests include Warrant Officer Avril Jno-Baptiste-Jones, who was awarded the Joint Task Force Impact Commander’s Commendation for her support in the Kuwait mission; Sergeant Leslie Blair, the most recent laureate of the Captain Nichola Goddard Award honouring young innovators who have made a significant contribution to Canada’s security and defence; and Sergeant GerriAnne Davidson, who was decorated for her work training female recruits in Jordan.

“The interviews show the talent, the extraordinary skills that these people have that are available to corporate Canada,” said Booth. “It’s a huge opportunity for everybody, but it’s not always easy for [veterans] to find those next steps, and industry doesn’t always know how to recruit from the military.”

Except for the submarine service, which opened to women in 2001, the Canadian military opened all occupations, including combat arms, to females in 1989. It was the first allied nation to do so—by years.

Women currently comprise about 15 per cent of the Canadian military. General Jonathan Vance, the Chief of the Defence Staff, wants to make the forces a quarter female by 2026. Progress has been slow.

“I’m pushing for 25 per cent women,” Vance told The Canadian Press last year. “I would rather be criticized for trying and failing and making significant incremental growth than for not trying at all.” 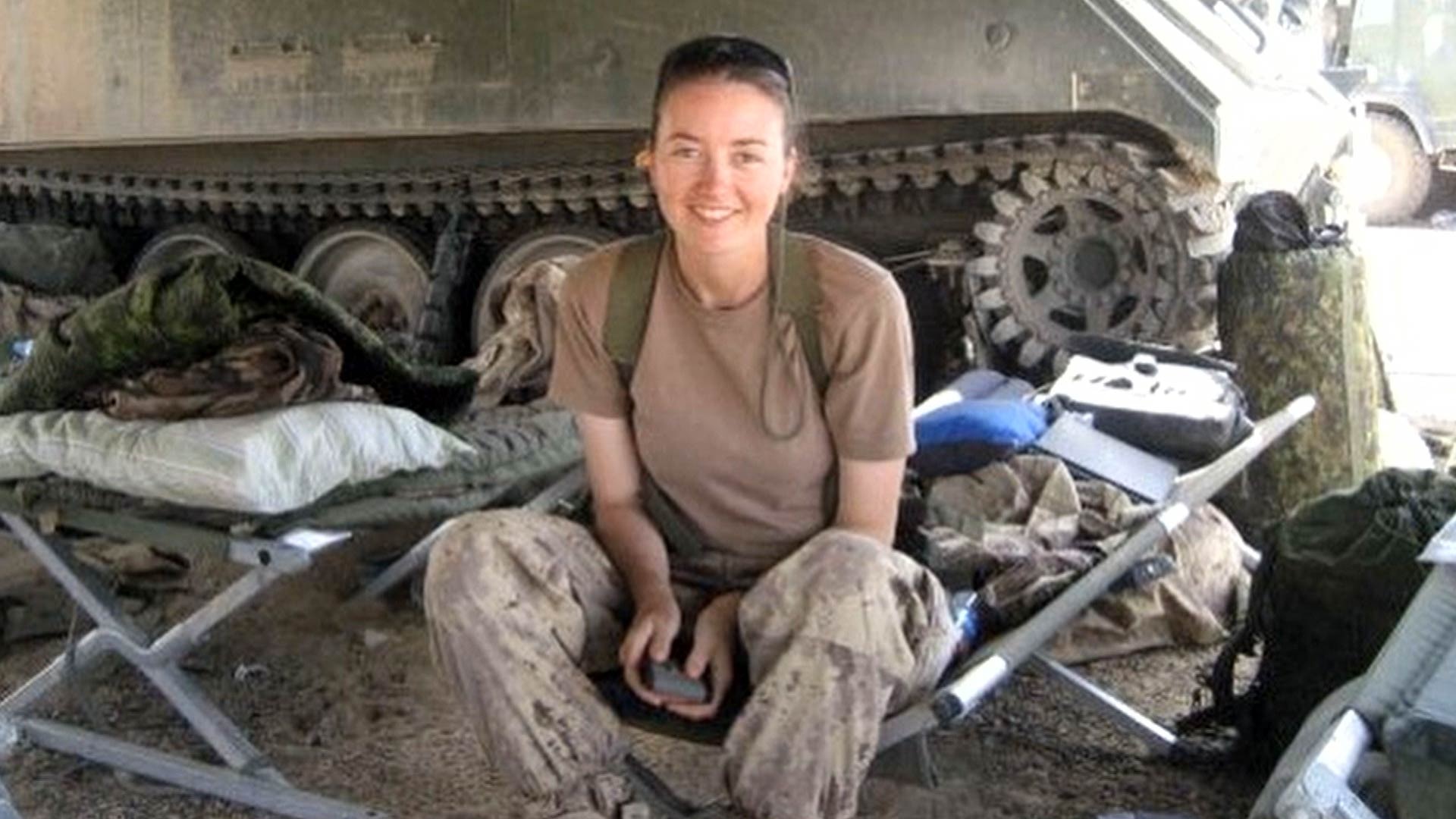 Now a staff officer in Ottawa, she says it’s impossible to categorize or pigeon-hole the female military experience.

“I think that’s one of the negative things that we actually do is we tend to expect women to represent their entire gender, which is really counter-productive,” said Phillips, who speaks to groups and students about her experiences.

“Nobody wins in that scenario. The people who are watching that woman are inevitably disappointed; the woman who is trying to represent all women everywhere inevitably faces additional pressure.”

She said the range of military jobs is extensive and varied—well beyond the general misconceptions that soldiers simply fight. There are opportunities for education, training and skills development, not to mention personal growth.

Phillips says she’s seen a cultural shift over the past two decades in the military, the emergence of an awareness that didn’t exist before, right down to the use of gender pronouns, acknowledgement of sexual harassment and assault, and other issues that were at one time “barely mentioned and are now part of our collective consciousness, something that we are aware of and respectful of.

“Obviously, there are exceptions to that, but I have definitely seen a culture and climate change that is open to new ideas. It’s great to see.”

She said the focus now is more toward dealing with people as individuals, their circumstances, their strengths and challenges, regardless of gender.

Phillips says she led “soldiers” in Afghanistan—not “men” or “women”—and thus had no comment on the gender issue as it related to leadership.

“Sometimes we talk about that. On operations, it has been my experience that we really live that. On operations, we are more than willing to take the person that is best-suited to be successful in a given environment. We have no problem plucking women out of wherever they are and using them if it serves the mission.”

The same goes for minorities and anyone whose language skills, cultural knowledge or other specifics could be leveraged to help a mission, she said.

“So it’s really recognizing that difference is not just employable on operations, but it can be employable in how we run our institution.

“I think we need not worry so much about numbers…but just worry about our environment and make sure that we’re creating an environment that makes everybody feel like they’re part of this awesome team.”

The True Patriot Love podcast “For Her Country” can be found at truepatriotlove.com/for-her-country

PrevPrevious ArticleChoose our cover for the next issue of Canada’s Ultimate Story!
Next ArticleGuarding the Northwest PassageNext