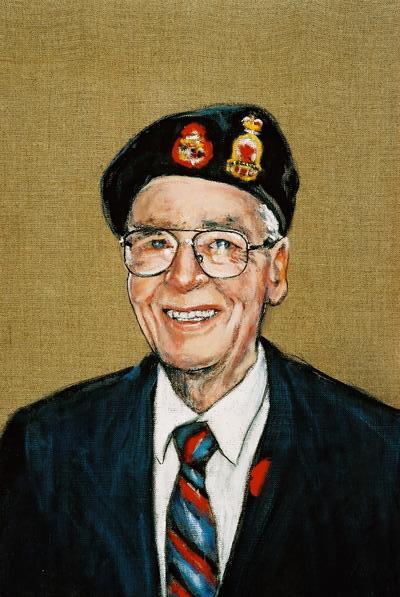 Samuel.
Catherine Jones
The art world is rife with paintings of old men. The halls of power, academia, galleries and museums are festooned with centuries’ worth of portraits of males who supposedly changed the world, a little or a lot.

So when it was suggested to artist Catherine Jones nearly 20 years ago that she start painting veterans–old men, all–she recoiled. That genre had been done to death, or so she thought.

“I said, ‘oh yeah, right. Old guys on canvas. That’ll get me kicked out of the art world,’” recalls Jones, who to that point had been a conceptual artist.

Except that these old men, dispatched by the powerful, really had changed the world—with their guts, their wits and their devotion. They were Second World War veterans, every one, and Jones, who started painting them while recovering from an accident in her native Halifax, adored them.

Working mainly from photographs, she painted Canadians, Britons, Americans and Germans alike—without uniforms and without identification, some posthumously. There was no discerning friend or foe, Allied or Axis. They were all just men—enlisted men; everyman men; humble men—big as life in oils on fine Belgian linen.

First exhibited in 2003 in Italy, where Canadians had fought pitched battles so long ago, the early paintings were unveiled in the Senate of Canada on the eve of the 60th anniversary of the end of the Second World War. They toured legislatures across the country and ultimately ignited a global art movement that has included former U.S. president-cum-artist George W. Bush, who painted some of the Iraq and Afghanistan war veterans wounded under his watch, and a dozen portraits of D-Day veterans commissioned by Prince Charles. 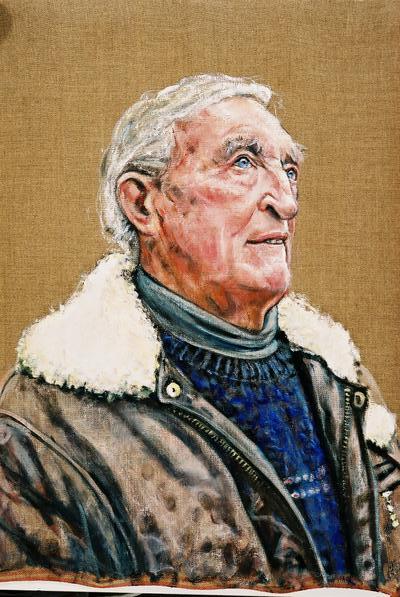 Gord.
Catherine Jones
With the 75th anniversary of the war’s end, Jones’s collection of 36 paintings was to be shown in the Canadian Senate, some for the second time, and tour North American legislatures. The COVID-19 pandemic put the kibosh on that.

Titled “At the End of the Day,” the Canadians, Germans, Americans and Brits—“my beloved boys,” she calls them—are now online in the virtual Zsigmond Gallery of Fine Arts.

There, visitors can download an app, assume an avatar and stroll about, taking in the visages, their wrinkled flesh and kindly eyes defying any attempt at nationality, transcending the geopolitics of war and rising beyond the brutality they endured.

Jones, whose father and grandfather were veterans, was inspired by the legendary Dinner of Reconciliation in Ortona, Italy, where Canadian units suffered more than 500 killed and 1,800 wounded as they pushed northward in 1943.

Fifty-five years later, 24 Canadian and eight German veterans of the battle reunited over dinner in the same church courtyard where Canadian soldiers had celebrated the Christmas 1943 holiday in the midst of the fighting.

Thrust into battle by forces none could control, they bore no animosity but rather an oft-unspoken bond that, to one degree or another, is shared by soldiers everywhere. 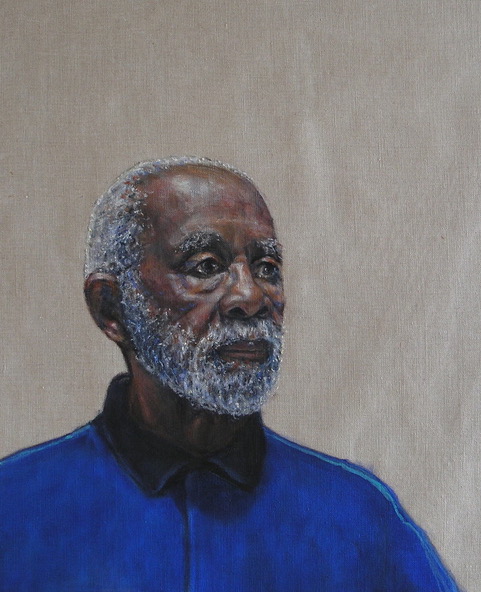 Ted.
Catherine Jones
In the single most deadly incident of the Ortona fighting, the Germans blew up a building packed with Canadians; 24 were killed.

During the 1998 reunion, one German was noticeably reluctant to engage with the Canadians. Samuel Lenko, a German-speaking private with the Loyal Edmonton Regiment that had been hit so hard that day, saw him and approached his former enemy.

The German’s name was Karl Bayerlein. He admitted to the Canadian that it was he who had been ordered to set the booby trap—on the handle of a toilet—that killed the Canadian’s brothers in arms.

Lenko had his own ghosts. He’d gotten lost one day in 1944 and while making his way back to his unit, he passed a German encampment. When he finally reconnected with his compatriots, he dutifully reported the Germans’ coordinates. A couple of hours later, he heard the drone of dozens of Allied planes passing and, shortly, the distant rumble of explosions. The next time he saw the German encampment, he said, “it was just a field of meat.” Jones said Lenko was never fully at peace with the role he played in causing so many deaths.

But at the reunion more than five decades later, it was Lenko who told Bayerlein that the events of the war were long past, and the two bellied up to the bar. Within an hour, the German was carousing with the rest. He was forgiven, although Jones, who came to know Bayerlein well, isn’t sure he ever forgave himself.

“Karl was a very sad man,” says Jones. “I think he was very lonely. A lot of people are haunted by what they did during war…I think a lot of them worry about [that] more the closer they get to meeting their makers.” 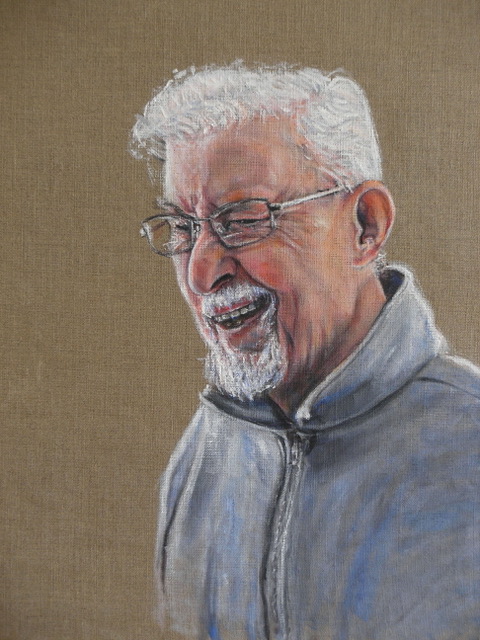 Carl.
Catherine Jones
There were other acts of reconciliation—reunions, mainly, most organized by the veterans themselves, not governments. Years after the war, ex-prisoners of war famously met and forgave their captors; ace pilots formed close ties with their former rivals; German U-boat aces visited the survivors of their torpedo attacks.

“Forgiveness is the rarest of all human attributes,” says Jones, who has toured with Second World War veterans and formed her own bonds with many. “What does it tell us that these men, literally once mortal enemies, have been able to sit down and raise a glass together?

“The lessons are profound and many; in getting to know these remarkable men, many of whom have seen front-line fighting, not one is in favour of war. Not one.”

Jones would go on to travel wartorn Afghanistan and produce a documentary titled 15:13, about the bonds between soldiers. The title comes from the New Testament’s John, Chapter 15, Verse 13: “Greater love has no one than this: to lay down one’s life for one’s friends.”

Of soldiers, truer words were never spoken. It is not flags, nations or causes that they ultimately fight for, but for the man on either side of them. It’s a bond that few others will ever know or understand.

“People think love is the opposite of war. It’s not,” says Jones, whose critically acclaimed film took her five years to make before it was licensed by the CBC in 2012. “It’s a very strong emotion; this was about comradeship.”

Her work with veterans and serving soldiers, she says, has been transformative.

“It’s been the most rewarding art-making I’ve ever done.”

The virtual At the End of the Day gallery can be viewed at: