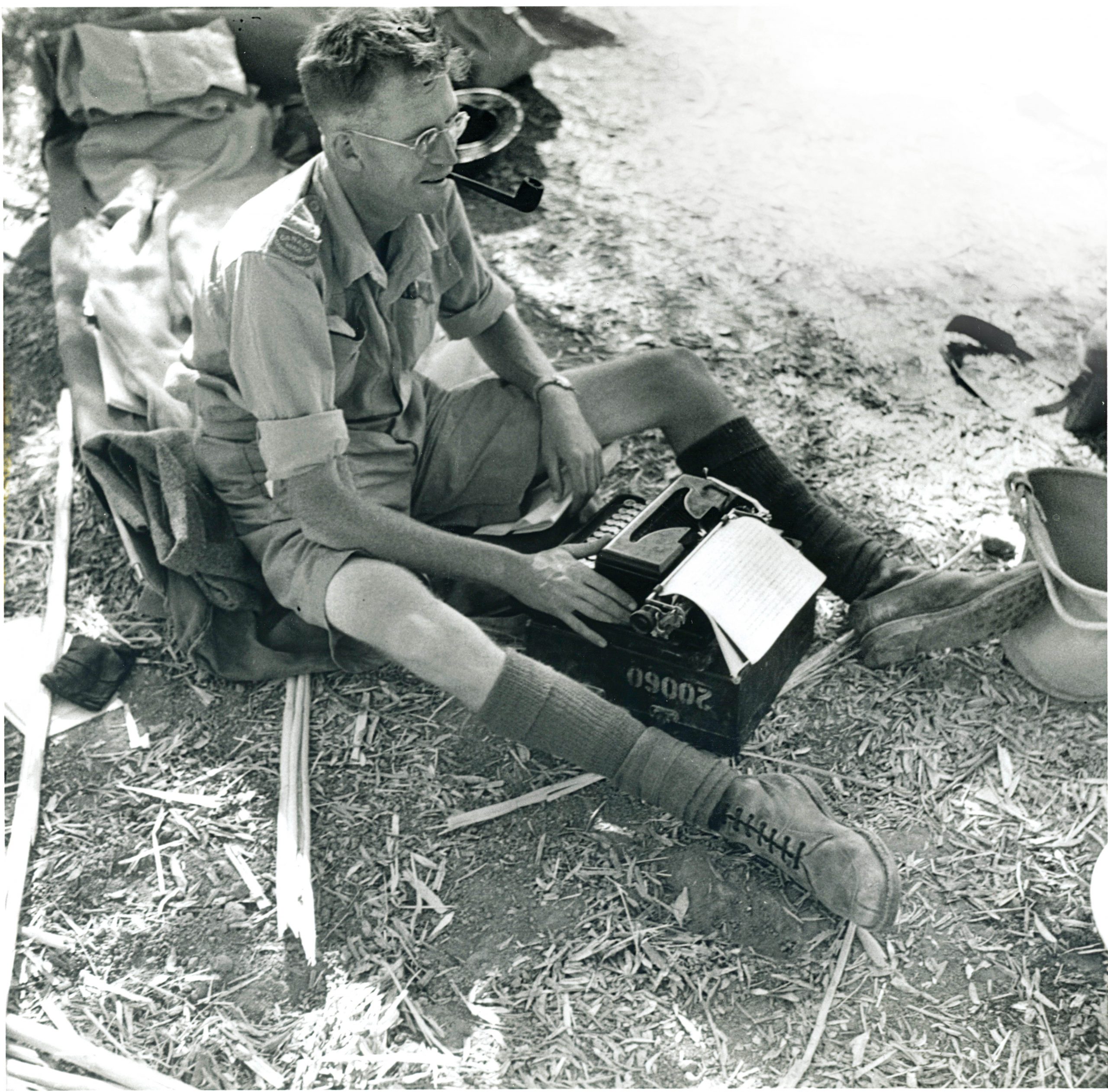 Now the rest of the assault troops are going in. I am going ashore with them.”

This was the last line in Ross Munro’s dispatch on D-Day. As the lead correspondent in Europe for The Canadian Press during the Second World War, he covered D-Day on June 6, 1944, as well as the 1941 Canadian raid on Spitsbergen, Norway, the 1942 raid on Dieppe, the 1943 Allied landings in Sicily, the Italian campaign of 1943-45, and other battles.

Munro was the first Allied journalist to report on the D-Day invasion. A British officer tipped him off that a destroyer was heading back from the Normandy beachhead to pick up General Bernard Montgomery. On board was Munro’s dispatch, the first from the coast of France.

It wasn’t the first time Munro had been first. His accounts of Dieppe, Sicily and Italy were also the first print records of those battles. The Canadian war effort rarely appeared in the world press, and Munro became one of the most complete and compelling sources for Canadians keeping abreast of what was happening overseas.

“For eight hours,” he wrote of the raid on Dieppe, “under intense Nazi fire from dawn into a sweltering afternoon, I watched Canadian troops fight the blazing bloody battle of Dieppe…. When the Canadian battalions stormed through the flashing inferno of Nazi defences, belching guns of huge tanks rolling into the fight, I spent the grimmest 20 minutes of my life with one unit when a rain of German machine-gun fire wounded half the men in our boat and only a miracle saved us from annihilation.”

Munro was saved from annihilation on more than one occasion. His first-person dispatches gave Canadians a taste of what war looked like on the ground. While Munro praised the men in the trenches, he wasn’t afraid to report on political infighting or the shortcomings of leadership.

His acute sense of how the war was going was reflected in a bet he made. In the spring of 1945, a group of Canadian war correspondents took turns predicting the exact date the war would end. The one closest would win an engraved typewriter. Munro guessed May 8, the exact date London declared Victory in Europe Day. At the end of the war, he published a war memoir, Gauntlet to Overlord, which won the 1945 Governor General’s Literary Award for non-fiction.

When Canada entered the Korean War in 1950, Munro was back at it, working for CP again as war correspondent. He retired after the war but stayed in the newspaper game, becoming publisher of the Vancouver Daily Province, Winnipeg Tribune and Edmonton Journal. Munro received the Order of the British Empire in 1946 and the Order of Canada in 1975. He died in 1990 at the age of 76.

Each year, the Ross Munro Media Award for Canadian military writing is presented by the Conference of Defence Associations Institute. Two Legion Magazine writers, Stephen J. Thorne and the late Adam Day, are past recipients.