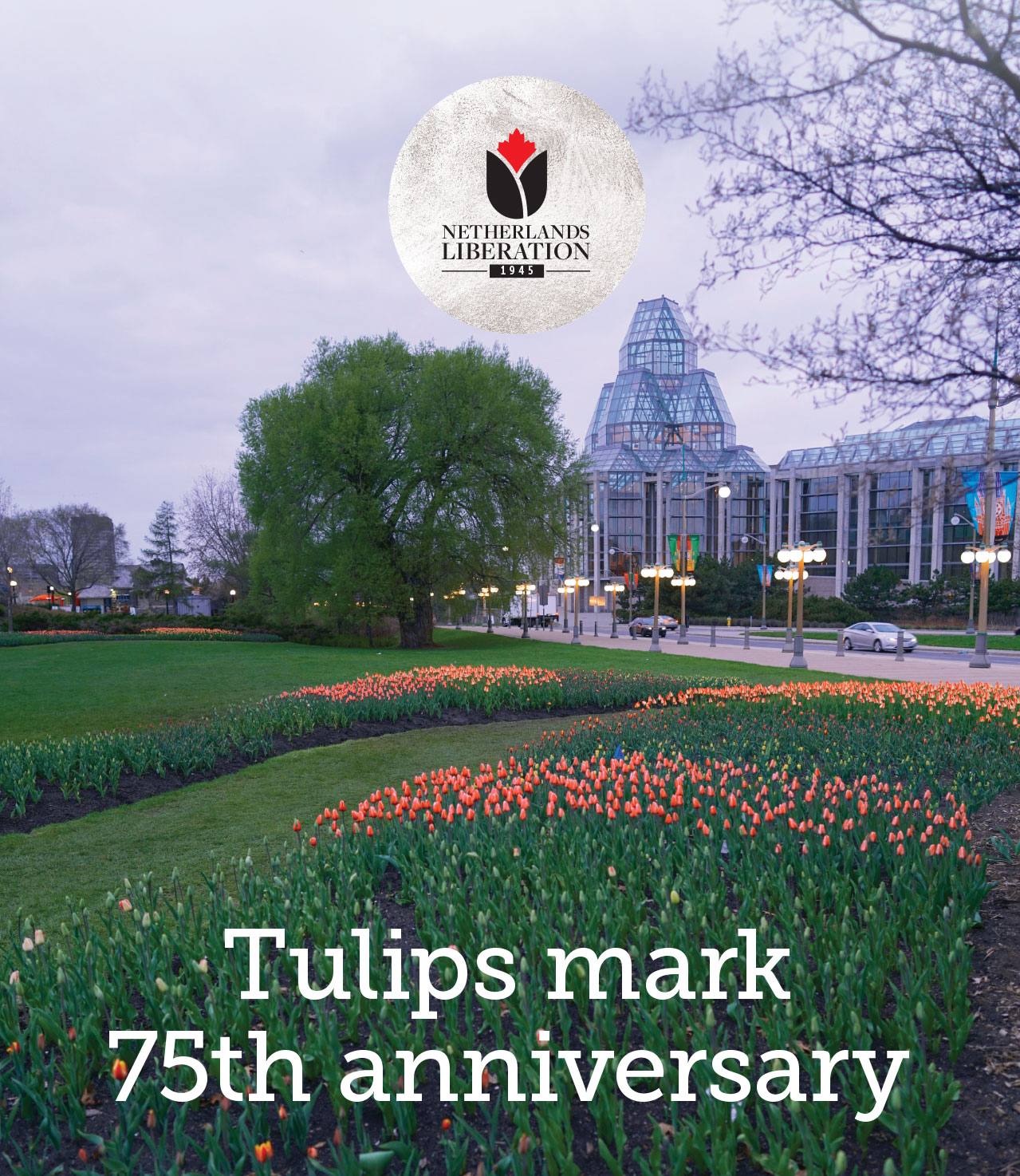 Liberation 75 tulips will be blooming across Canada this spring in celebration of the 75th anniversary of the liberation of the Netherlands by Canadian soldiers.

The campaign, organized by the Canadian Tulip Festival with The Royal Canadian Legion, the Embassy of the Kingdom of the Netherlands, the National Capital Commission and KLM Royal Dutch Airlines as partners, began in the fall of 2019, as Legion branches, individuals and other organizations planted the bulbs in their gardens.

The orange tulips with pointed pedals were developed specially to mark the anniversary. The Netherlands sent 1.1 million bulbs to Canada to commemorate the 1.1 million Canadians who served in the Canadian military during the Second World War.

In light of the coronavirus crisis, the Canadian Tulip Festival is putting all its programming online. The public can still visit the tulip gardens around Ottawa but there will be no guides, concessions or performances. Those doing so should practice social distancing and heed local health advisories.

The Netherlands was liberated from German occupation in 1944-45 by First Canadian Army. More than 7,600 Canadians died in the nine-month campaign, which included the Battle of the Scheldt, in which Canadian troops cleared the Scheldt Estuary to allow shipping to reach Antwerp, Belgium, in order to supply the advancing troops.

During the occupation, Princess Juliana, heir to the Dutch throne, sought refuge with her two daughters in Canada. They eventually stayed at Stornoway in Ottawa, now the official residence of the leader of the Opposition. A third daughter, Princess Margriet, was born in Ottawa at the Ottawa Civic Hospital. The maternity ward where she was born was declared temporarily exterritorial so that the baby would derive her citizenship from her mother and be considered Dutch. 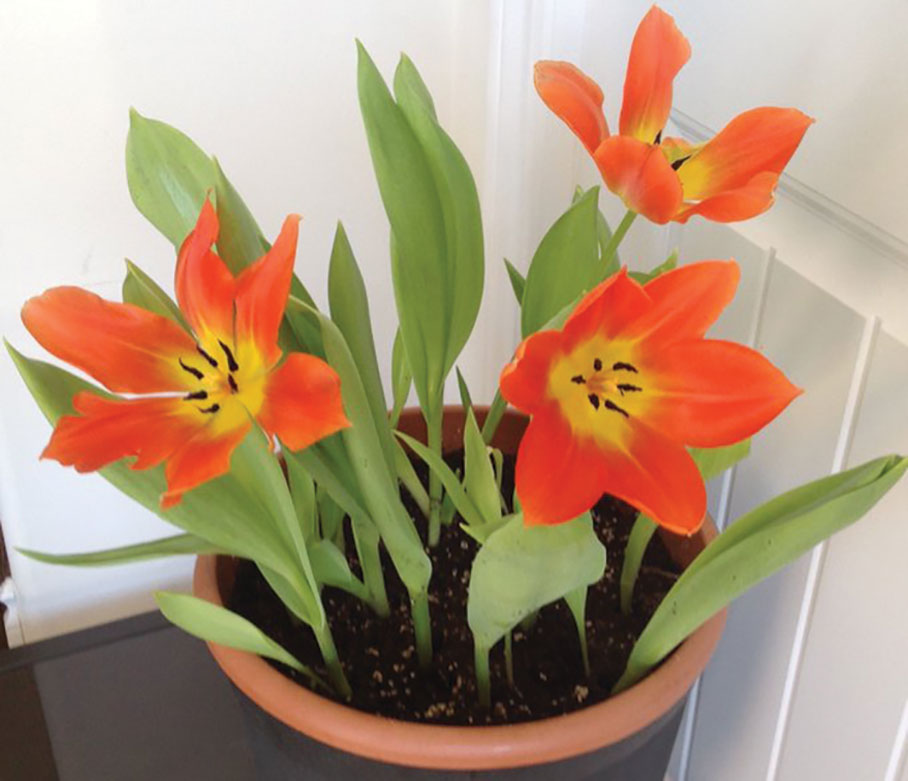 After the war, the Dutch government sent Canada 100,000 tulip bulbs as a symbol of gratitude. The tulips flourished in Ottawa and led to the Canadian Tulip Festival held annually in the city.

Veterans Affairs Canada is marking the celebration with the release of a poster featuring the image of retired Sergeant Norman Kirby of Lions Bay, B.C., 30 kilometres north of Vancouver.

Kirby joined the Canadian Army when he was 17 and trained on a Bren light machine gun. He was assigned to the North Shore (New Brunswick) Regiment. He stormed Juno Beach with the regiment on D-Day and continued to fight through France, Belgium and into the Netherlands.

The regiment liberated many towns and cities in the Netherlands, including Groningen where the Dutch citizens welcomed them with open arms. Children were wearing paper hats with the national colours on them, which must have been hidden during the five years of occupation.

At one point, Kirby and a corporal were hidden on a barge for three days by a Dutch family which went behind enemy lines so they could gather intelligence on troop and tank movements. “I found the Dutch people would help us in many ways, even if they put their own lives in danger. They were so brave,” said Kirby.

PrevPrevious ArticleChoose our cover for the May/June issue of Legion Magazine!
Next ArticleRoméo Dallaire narrates Military Moments | Liberation of the NetherlandsNext