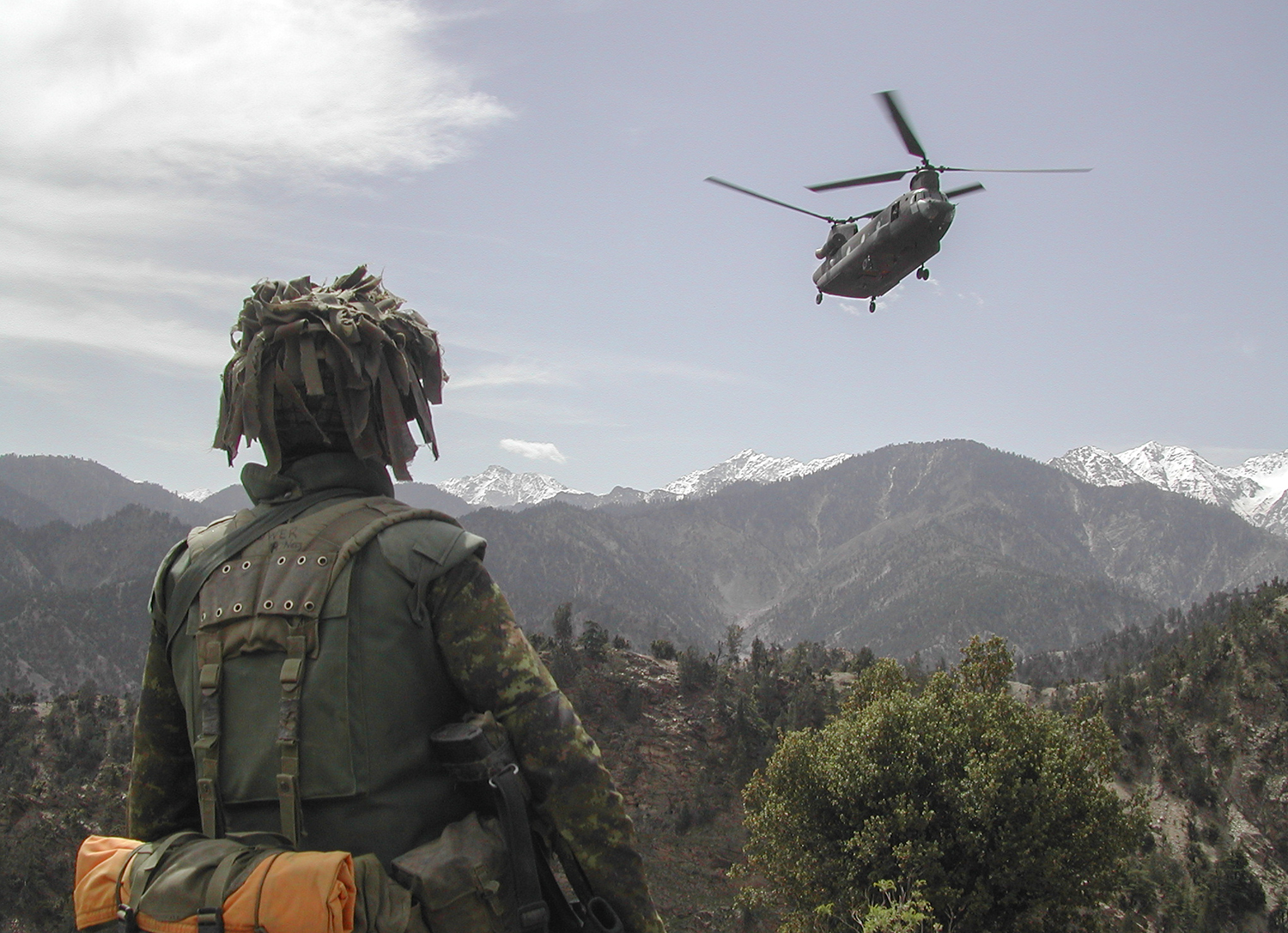 A Canadian paratrooper watches a U.S. Chinook helicopter come in with a load of supplies during the Tora Bora operation in May 2002.
Stephen J. Thorne/CP
Just shy of three months after the 9/11 attacks in 2001, the United States believed it had found the lair of the al-Qaida mastermind, Osama bin Laden, in the Tora Bora mountains in eastern Afghanistan.

Reports of smoke coming from a mountaintop after a previous bombing raid had focused U.S. attention on one area of the cave and tunnel network. They bombed it but failed to capture the terrorist.

In May 2002, Lieutenant-Colonel Pat Stogran led an international task force, including 400 Canadians, in Operation Torii, a three-day mission to find a suspected cave entrance that had been buried by debris in a B-52 strike. They thought bin Laden may have been killed in the blast. 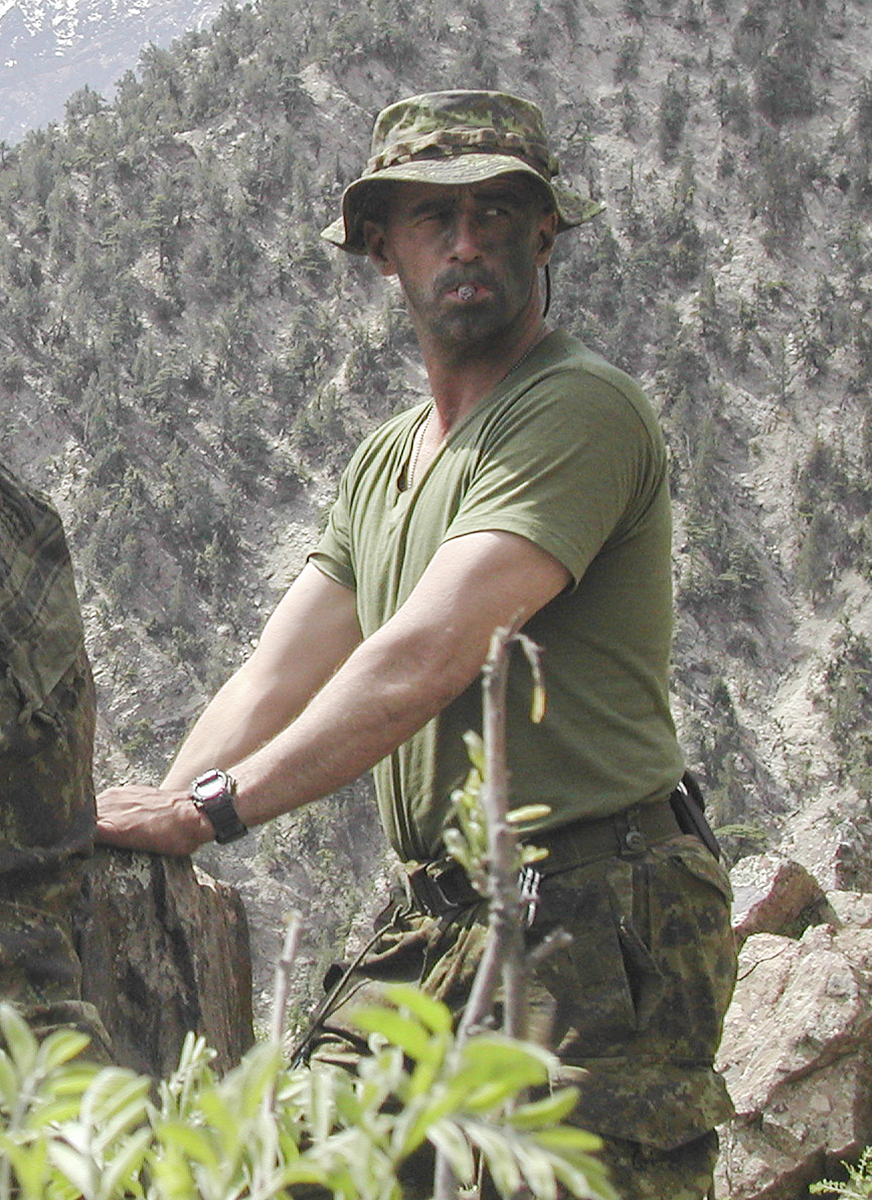 Colonel Pat Stogran on combat operations in Tora Bora in May 2002.
Stephen J. Thorne/CP
Coalition troops combed two facing mountain ranges to search for ammunition and supplies terrorists might have left behind. West of the Pakistan border, more than two kilometres up Towr Ghar mountain, Canadian engineers produced spectacular explosions to clear collapsed entrances. Then, head-first and lightly armed, they entered the caves, alert to booby traps or well-armed enemy.

In the valley, other Canadian troops had the unenviable task of exhuming 23 graves of al-Qaida dead in hopes of finding bin Ladin’s body among them. One grave was marked with honour flags, but they knew it wasn’t bin Ladin as soon as it was opened: the body was tall but had different features.

Forensic experts took DNA samples from the bodies, which were reburied and the graves restored. Several names were crossed off the list of known terrorists. 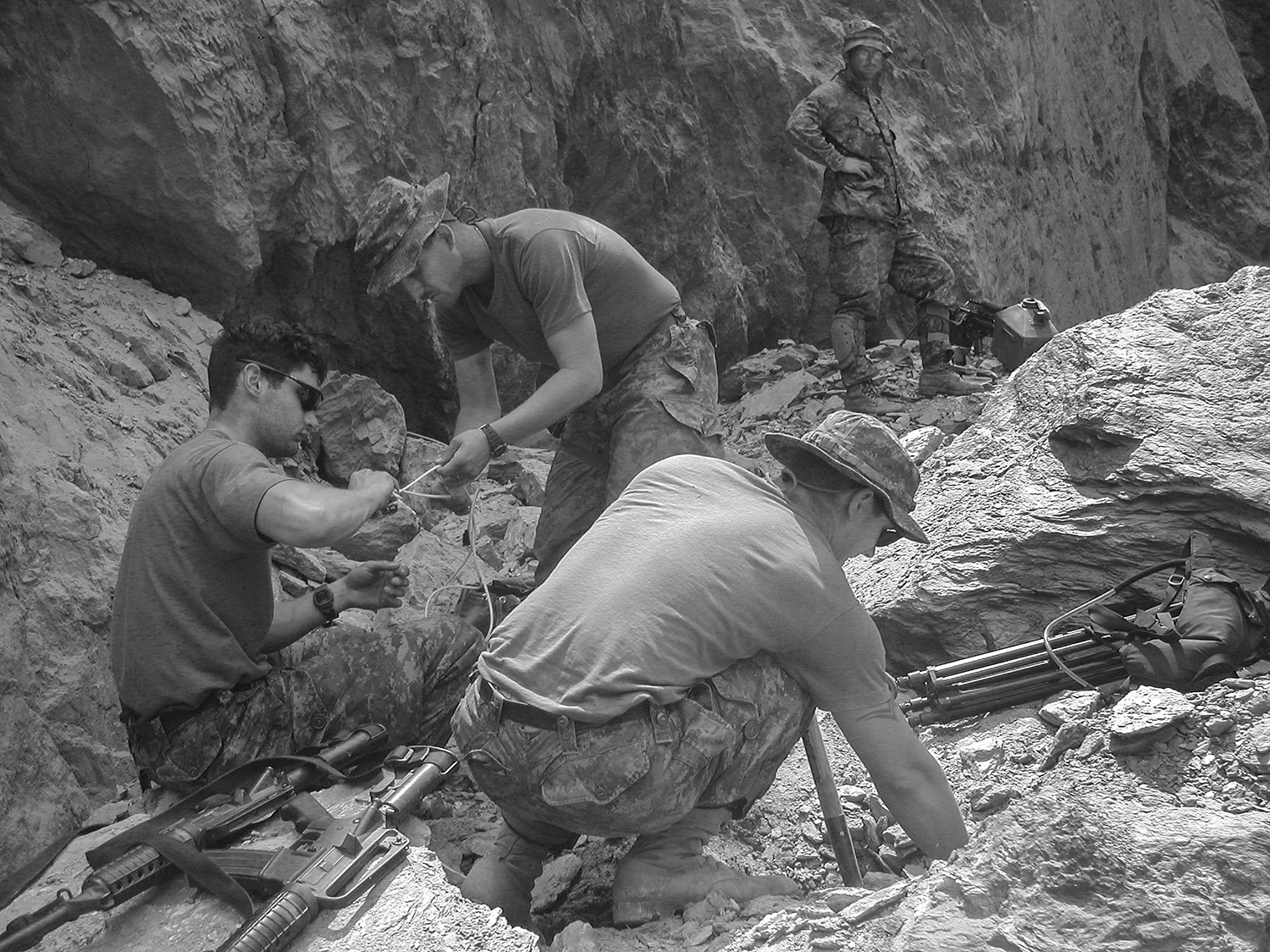 Canadian combat engineers prepare a charge intended to clear a cave entrance obliterated by B-52 strikes. The site was the last known location of Osama Bin Laden before he was killed by U.S. Navy Seals in Pakistan almost to the day nine years later.
Stephen J. Thorne/CP
The Canadians did not find a massive cave and tunnel complex, but Stogran reported they did find an extensive bunker structure. And by distributing food and providing other humanitarian assistance, they started to build the trust of the local population.

Meanwhile the British Operation Snipe, also tasked with preventing the enemy from regrouping, did uncover a weapons cache and capture some Taliban members in mid-May.

It has been 19 years since this war started in Afghanistan, and the eastern mountain range remains a refuge for terrorists, much as it has been in two dozen previous revolts, insurrections and wars involving Afghanistan stretching over the past three centuries.

An eyewitness account of Operation Torii, written by photographer and journalist Stephen J. Thorne, who is now a writer for Legion Magazine, can be found here.

PrevPrevious ArticleOn this date: May 2020
Next ArticleSecond World War veterans on the frontlines, againNext