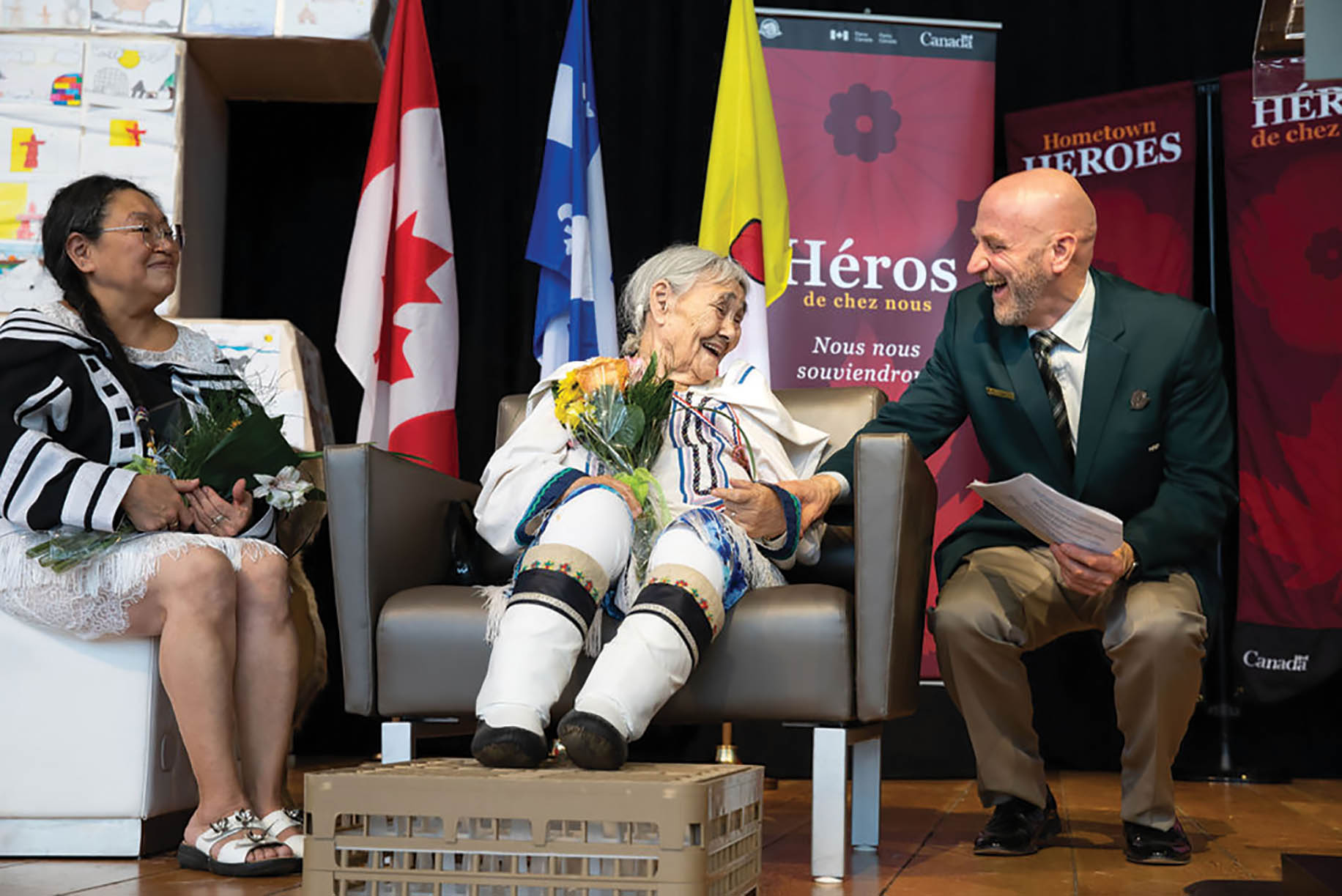 Parks Canada paid tribute to the previously untold story of how Inuit from Nunavut communities joined the home front war effort during the Second World War by collecting animal bones that could be used for munitions.

Environment and Climate Change Minister Johnathan Wilkinson, the minister responsible for Parks Canada, honoured Qapik Attagutsiak and other Nunavut Inuit as Hometown Heroes in a ceremony on Jan. 27 at the Canadian Museum of History in Gatineau, Que. 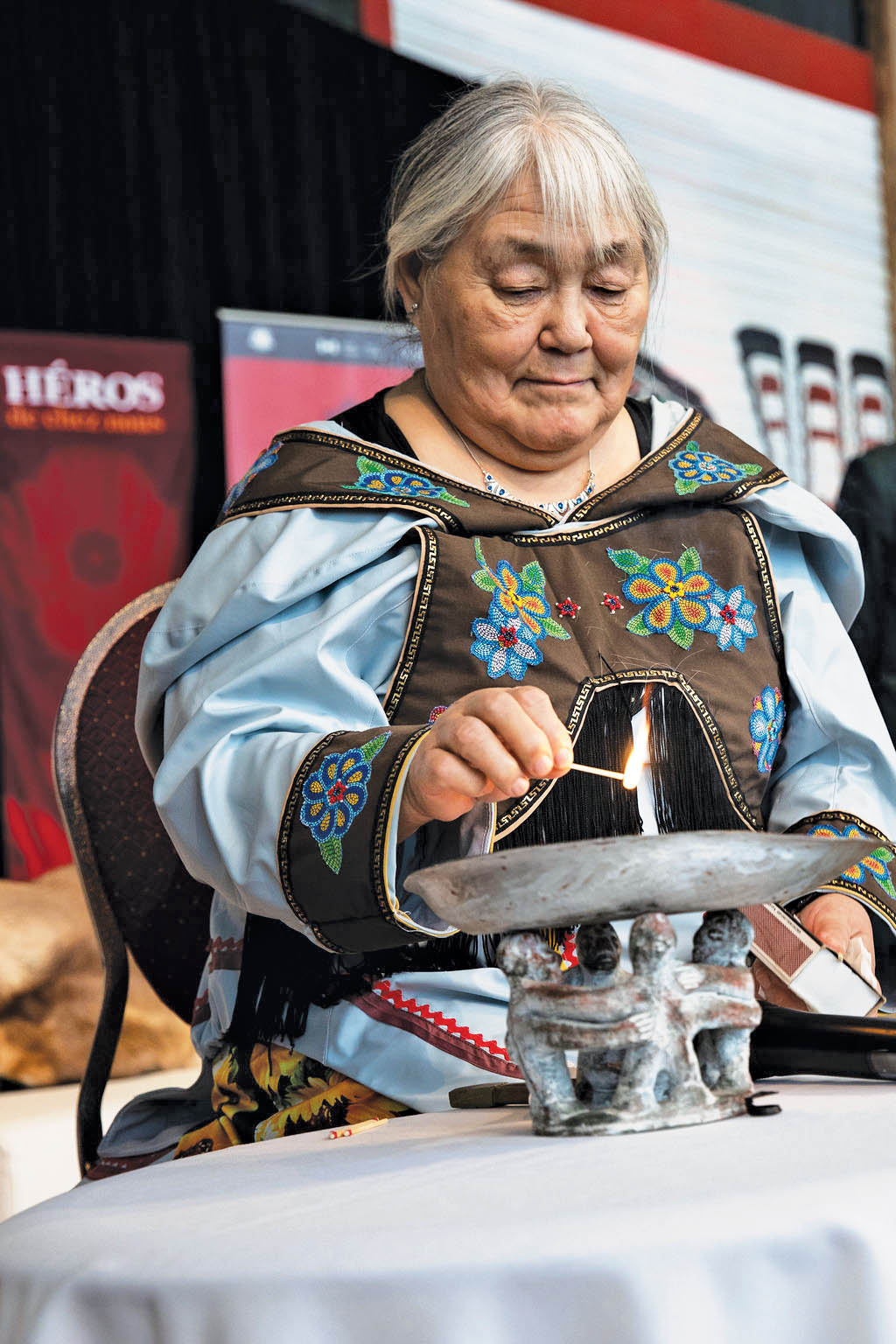 An elder lights a candle in a ceremony at the Canadian Museum of History in Gatineau, Que.
Parks Canada

The commemorative ceremony included traditional throat singing and drum dancing by Inuit students as well as military music. A display panel was unveiled telling the story of Inuit contributions to the Second World War.

On Sept. 10, 1939, two days after Canada entered the Second World War, Parliament passed the Department of Munitions and Supply Act to centralize and co-ordinate sources of raw materials and industrial production. The Department of National War Services ran public campaigns to encourage people, especially women and young children, to collect bones, fats, metals, rags, paper and rubber products. Bones could be used to make cordite, a smokeless propellant used in munitions. They could also be used to make glue and fertilizer. 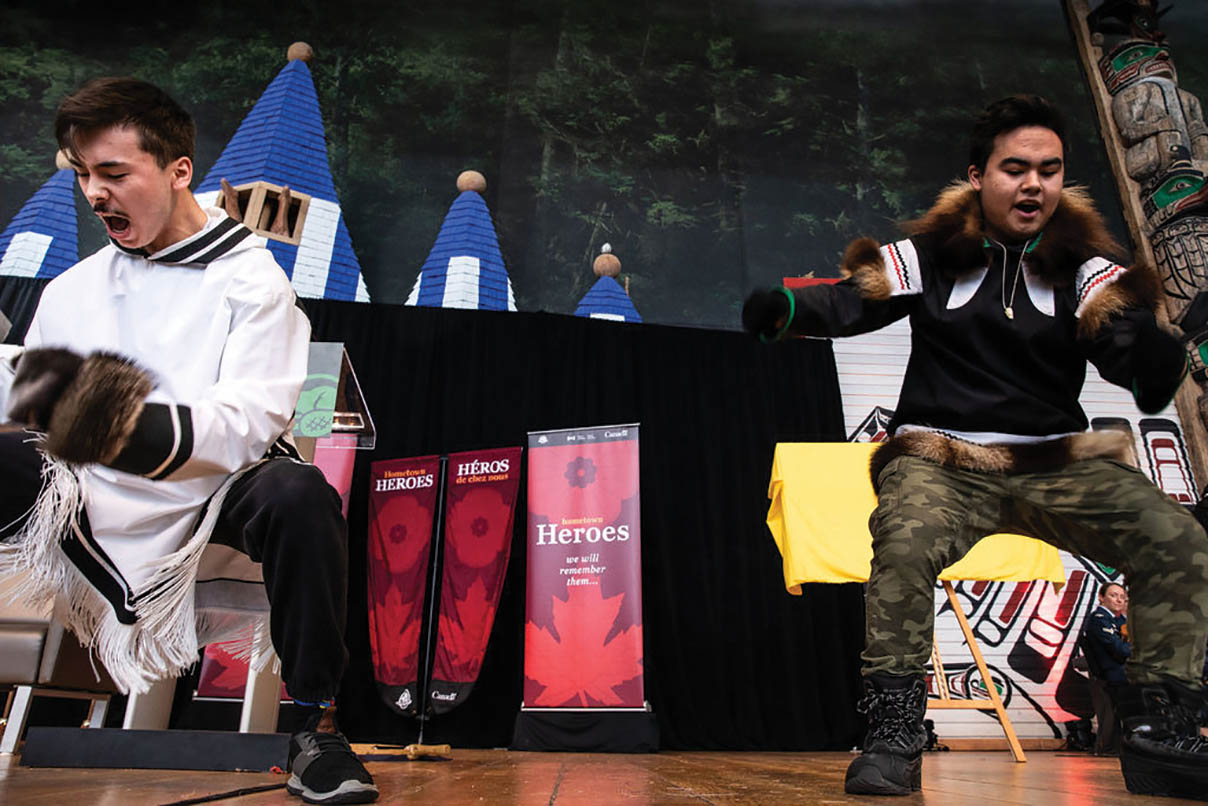 Traditional dancers perform in a ceremony at the Canadian Museum of History in Gatineau, Que.
Parks Canada

Attagutsiak, 99, is the last known Inuk who was involved in collecting bones for the war effort.

In 2018, Parks Canada recorded Attagutsiak in her own language explaining the work she did during the war and a commemorative plaque was created. It is Parks Canada’s first in three languages, English, French and Inuktitut. It is not yet decided where it will be displayed.

She first heard about the war in 1940 when a Catholic priest explained to her that Canada’s Far North could be attacked by men parachuting out of airplanes. “We were afraid that our husbands would be killed, if they encountered anyone who jumped from an airplane,” she said.

Attagutsiak and others from Igloolik, a village on an island in Foxe Basin west of Baffin Island, went to a traditional walrus hunting grounds named Qaiqsunik. On the last hunt, the dogs became ill and died. Their bones from the hunt were left there with the walrus bones. “When the sea ice broke, the dead dogs would float away on sea ice drifts,” she said.

The adults would gather the walrus, seal and dog bones and bring them back to fill sacks that were supplied by the army. “Our late grandfather Ullalaaq (Igloolik’s leader) was the one who packaged the remains. We younger people would bring the remains to him. Our grandfather would package them into a mesh sack.”

Each sack held 57 kilograms. They would fill approximately three sacks a day for a week.

“We were terrified beyond belief. The bones were bloody and even if they have meat on the bones, they did not mind that. We would bag them,” she said.

The sacks were then loaded onto boats and taken to meet RMS Nascopie, the famed Hudson’s Bay Company steamer-icebreaker, which would take the bags on its return voyage to Halifax or Montreal.

Attagutsiak was a midwife and mother of 14 children. She is also a well-respected seamstress who taught her skill to younger generations. While she will turn 100 in June, she keeps busy making traditional clothing like mitts and mukluks.

“The story of how Qapik and other Inuit participated in Canada’s war effort has previously not been told,” said Wilkinson. “By sharing the exemplary stories of our hometown heroes with Canadians, we express gratitude for their service and create a proud legacy that Canadians will remember and learn from for generations to come.”

PrevPrevious ArticleAfghanistan and the AK-47
Next ArticleAfter DunkirkNext