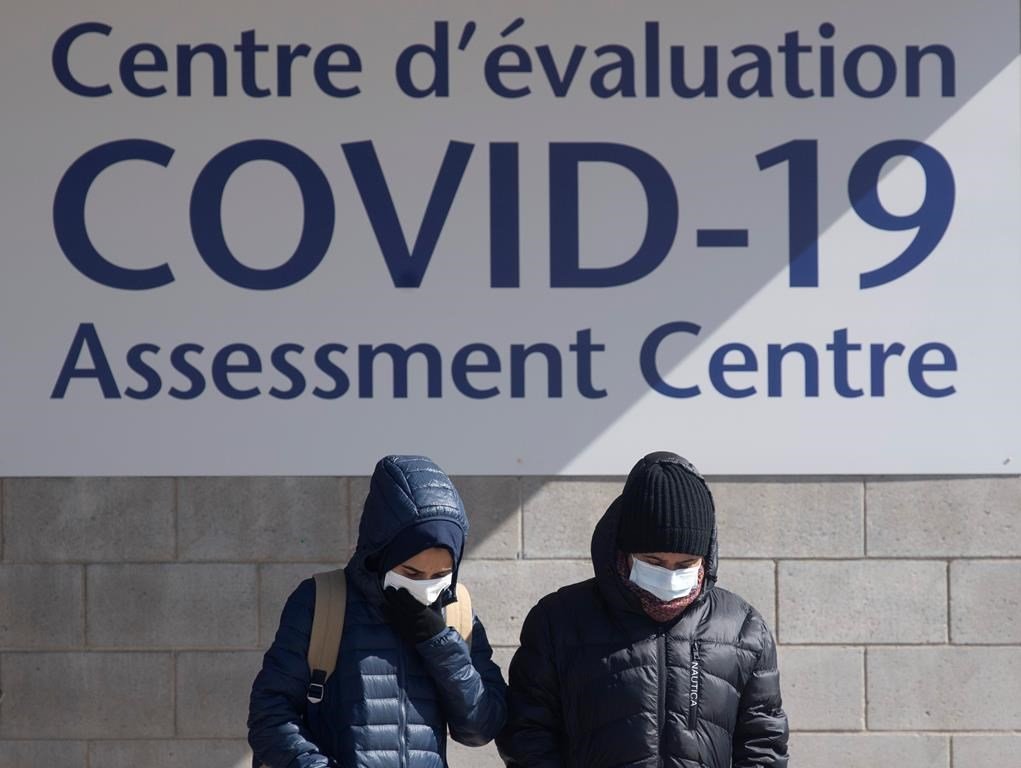 People leave a COVID-19 assessment centre on Saturday, March 14, in Ottawa.
The Canadian Press/Adrian Wyld
Prime Minister Justin Trudeau invoked memories of Vimy Ridge, his grandfather’s role in the Second World War and the sacrifices and contributions of “the Greatest Generation” in a stirring speech about “the trials that shaped our country” delivered prior to a critical vote in the House of Commons on April 11.

“I rise here in this moment in this House as our generation faces its greatest challenge yet,” said Trudeau. “We all stand on the shoulders of those who came before us. Of all of those Canadians who saw our nation through difficult, tumultuous times in our history.”

As he spoke, the COVID-19 pandemic was escalating in Canada, approaching 26,000 cases and 800 deaths. Canadians from coast to coast were shut inside their homes while doctors, nurses and other health-care workers were staging a heroic defence against the onslaught. Minimum-wagers such as grocery store clerks, restaurant workers and delivery drivers were pressing on to provide needed services and maintain some semblance of functionality as the country’s economy sank. 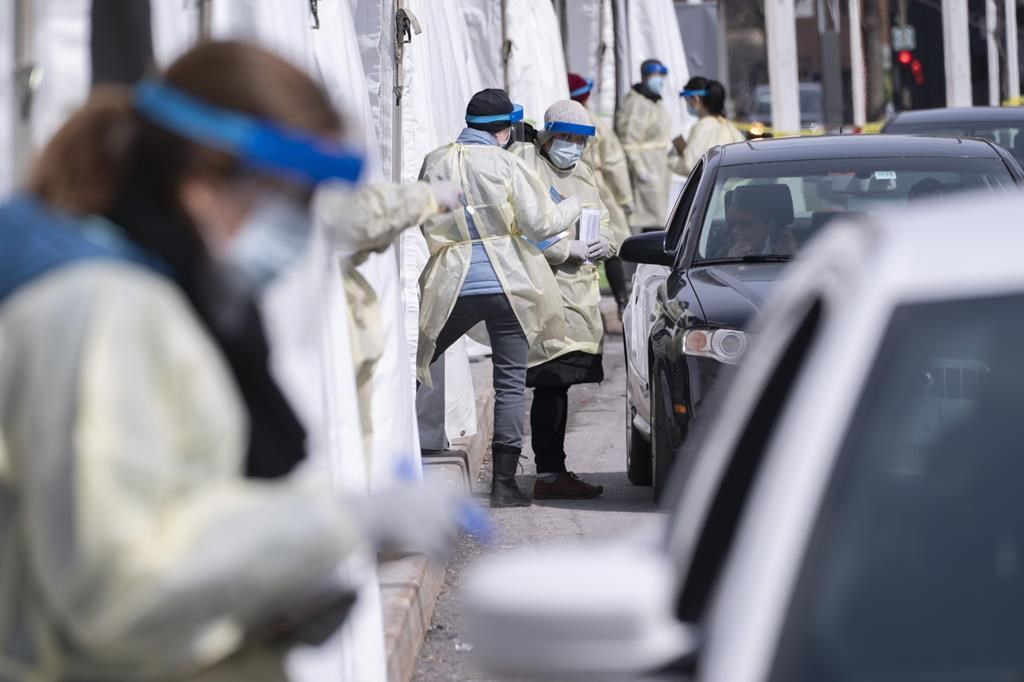 The bill to implement what Trudeau called the most significant economic program since the Second World War was passed after some six hours of speeches and debate.

It authorized the federal government to pay companies 75 per cent of the first $58,700 earned by each employee, as much as $847 a week for up to 12 weeks, retroactive to March 15. It will be available to companies that lost 15 per cent of their revenue in March or 30 per cent in April or May. 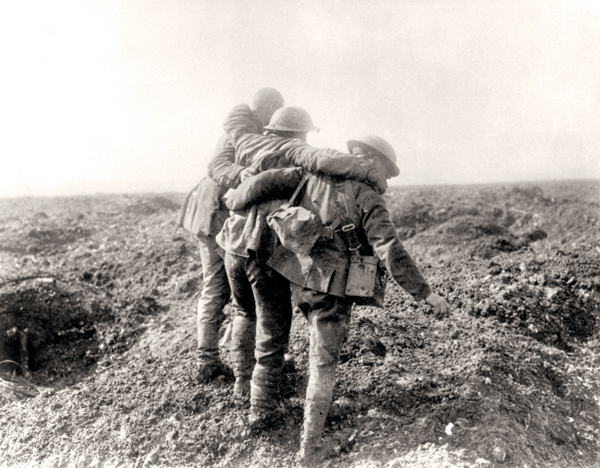 Comrades assist a wounded soldier during the Battle of Vimy Ridge in April 1917.
LAC/PA-001439
“As I stand here today, I think of the young men who died taking Vimy Ridge,” Trudeau said on the 103rd anniversary of the seminal battle in Canadian history. “I think of the Greatest Generation who grew up during the Depression and fought through World War II.

“They showed us how to fight for what we believe in and how to sacrifice for what we hold dear.

“Today, across this country, the last members of this Greatest Generation live in nursing homes and long-term care facilities. They’re in their small apartments and the homes they built so long ago with their own hands. They are the ones most threatened by this disease.

“They fought for us all those years ago. And today we fight for them. We will show ourselves to be worthy of this magnificent country they built. And for them and for their grandchildren, we will endure. We will persevere. And we will prevail.”

In its scale and inspiring message, the speech was reminiscent of some of Winston Churchill’s oratory in wartime Britain.

Trudeau spoke of his maternal grandfather, James (Jimmy) Sinclair, an MP who served during the Second World War with the Royal Canadian Air Force in North Africa, Malta and Sicily before returning to the chamber in early 1944, a few months before D-Day, to exhort Canadians to continue on the path to victory. 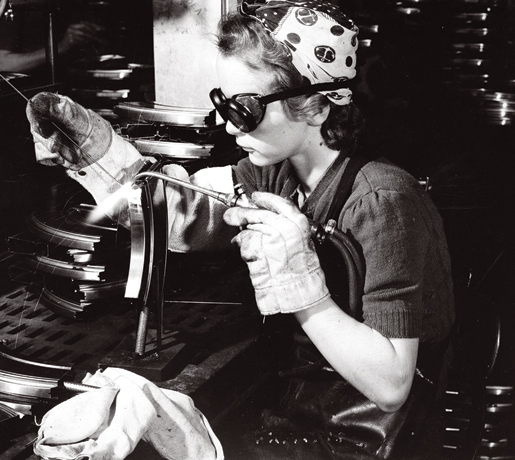 A welder works on a Bren gun at the John Inglis Company in 1942.
NFB/LAC/C-007481
“This is the year which will decide a rapid victory or a long and protracted war,” Sinclair said. “A year when our fighting men must be given every conceivable aid and support and encouragement by every man, woman and child in Canada, no matter the personal cost.”

Trudeau brought his narrative to present-day Canada, where the country is locked in conflict of a different kind.

“These were trials that shaped our country and, more, our citizens,” said the prime minister. “And now, once again, we’re being tried. But…this is not a war.

“That doesn’t make this fight any less destructive, any less dangerous. But there is no front line marked with barbed wire. No soldiers to be deployed across the ocean. No enemy combatants to defeat.

“Instead, the front line is everywhere—in our homes and our hospitals and care centres, in our grocery stores and pharmacies, at our truck stops and gas stations.”

He called those still out working “our modern-day heroes.”

“Separated from their family, risking their own health, they had to work every day so that we can eat, so that we can heal, so that we can do our part. Because every one of us has a role to play in helping shield our country from the threat it now faces.” 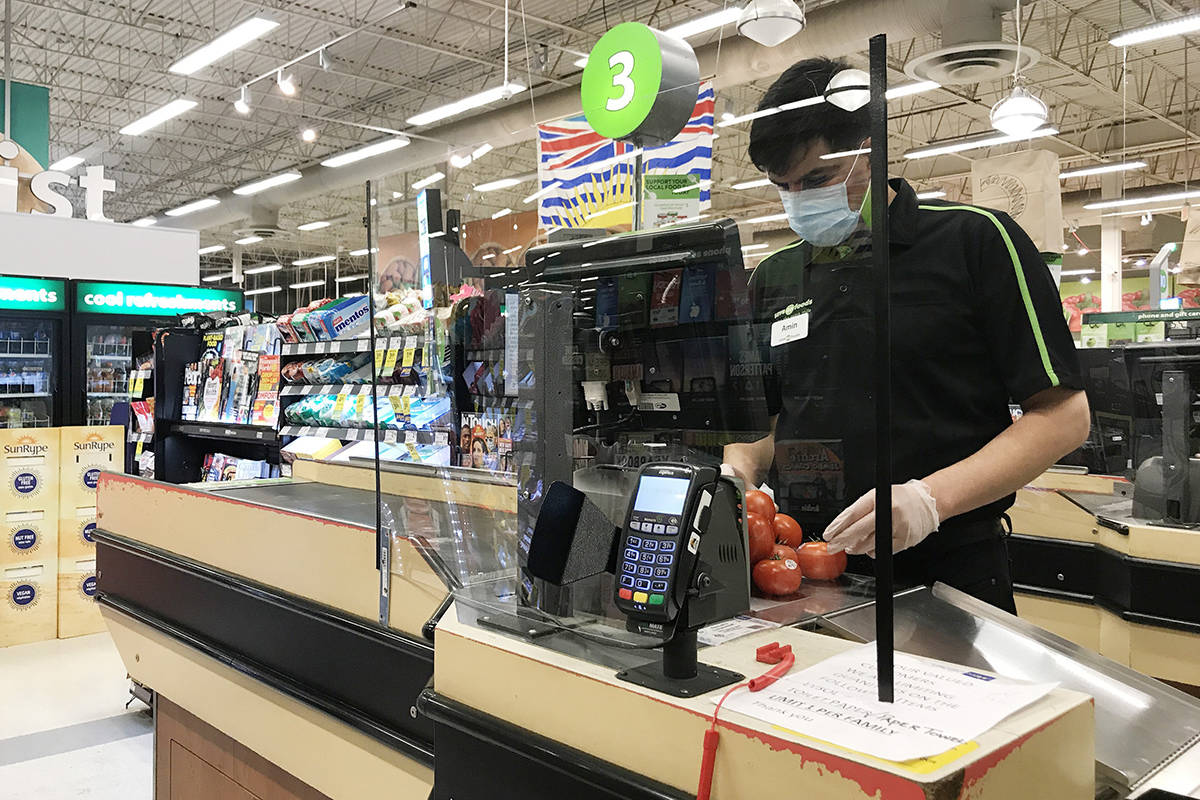 A cashier works behind a plexiglass barrier at a grocery store in North Vancouver, B.C., on March 22.
JONATHAN HAYWARD/THE CANADIAN PRESS
In hard times, he said, courage and strength are not defined “by what we say or do loudly in public, but by the actions we take quietly in private. Like staying home.”

“That is our duty—without reservation, without pause, we must fight for every inch of ground against this disease. We must be there for one another as we spare no effort to safeguard our collective future.”

He warned that over the coming weeks and months, Canadians will face obstacles, uncertainty, fear and death.

“Even if we take every possible precaution, this situation may get worse before getting better,” he said. “That is the sad reality our country faces. Our determination to put an end to this virus and our commitment to look out for one another will be put to the test. But I know that we are up to the challenge.” 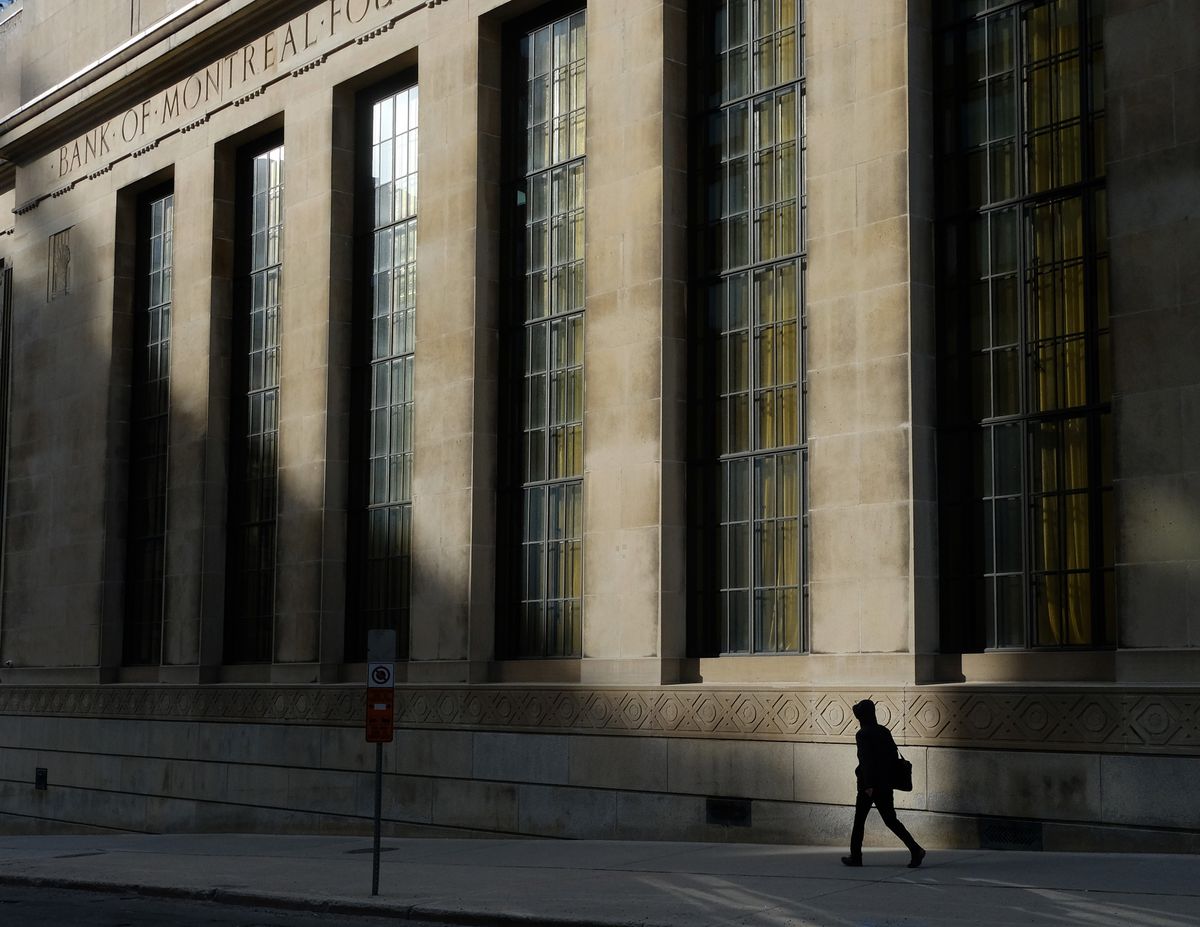 A pedestrian moves along an empty sidewalk in downtown Ottawa.
ADRIAN WYLD/THE CANADIAN PRESS
He acknowledged that Canada is a “country in mourning,” but as American deaths next door soared well beyond any other country’s, he also reminded Canadians that they are among the most fortunate people on earth.

“Ours is a country where we look out for one another, where we take care of each other. The generosity of spirit and compassion, this was alive long before this virus reached our shores, and it will survive long after it’s gone because it is who we are.”

Trudeau has received widespread praise both at home and abroad for his handling of the crisis, his simple messaging and decisive leadership. An Ipsos poll conducted on behalf of Global News and released April 8 suggested 74 per cent of Canadians approve of Trudeau‘s handling of the COVID-19 pandemic.