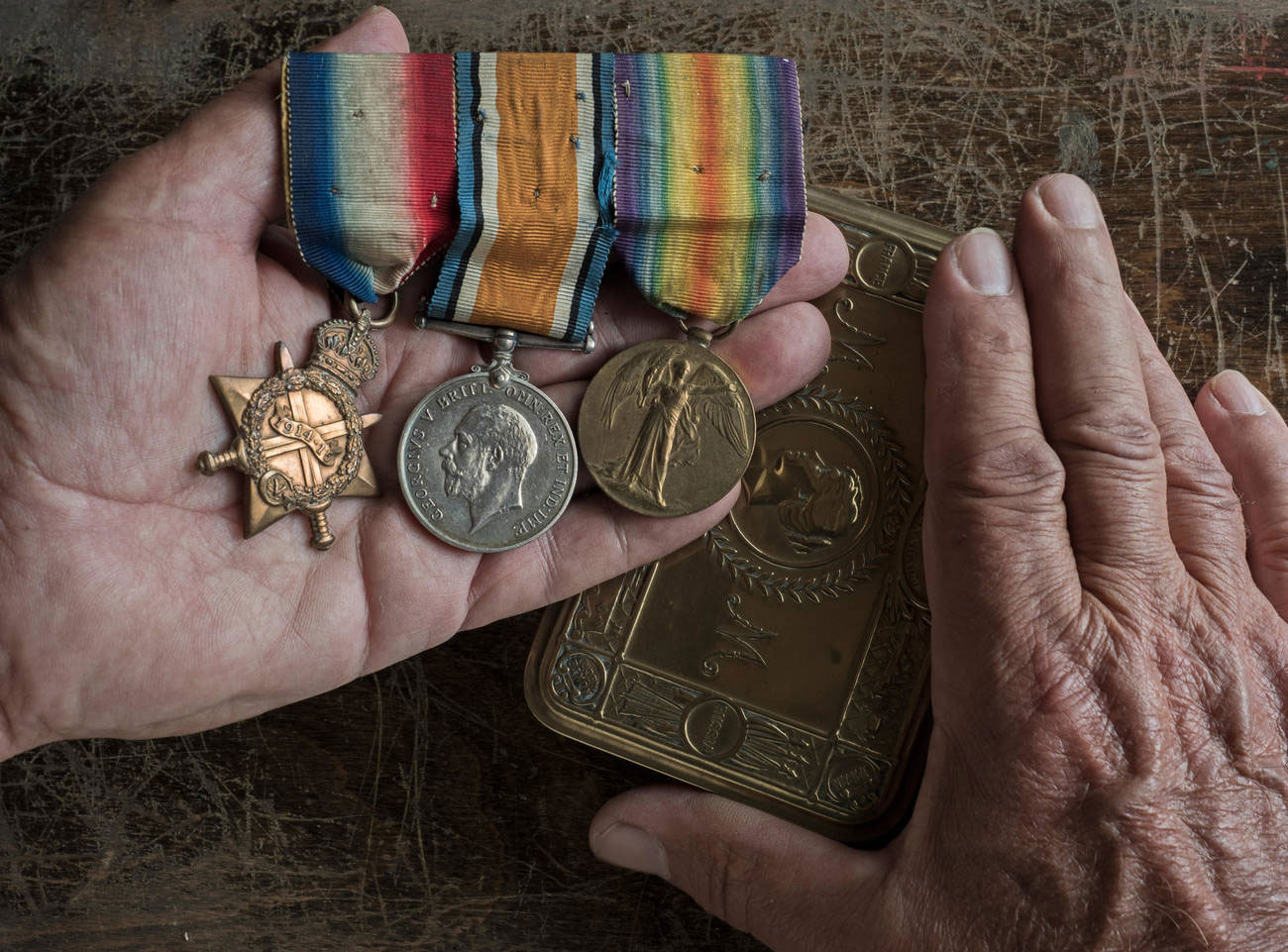 Three of Private Robert Speirs McClymont’s medals are (from left) the 1914-15 Star, the British War Medal and the Victory Medal 1914-1919. Together they are affectionately called Pip, Squeak and Wilfred.
Alamy 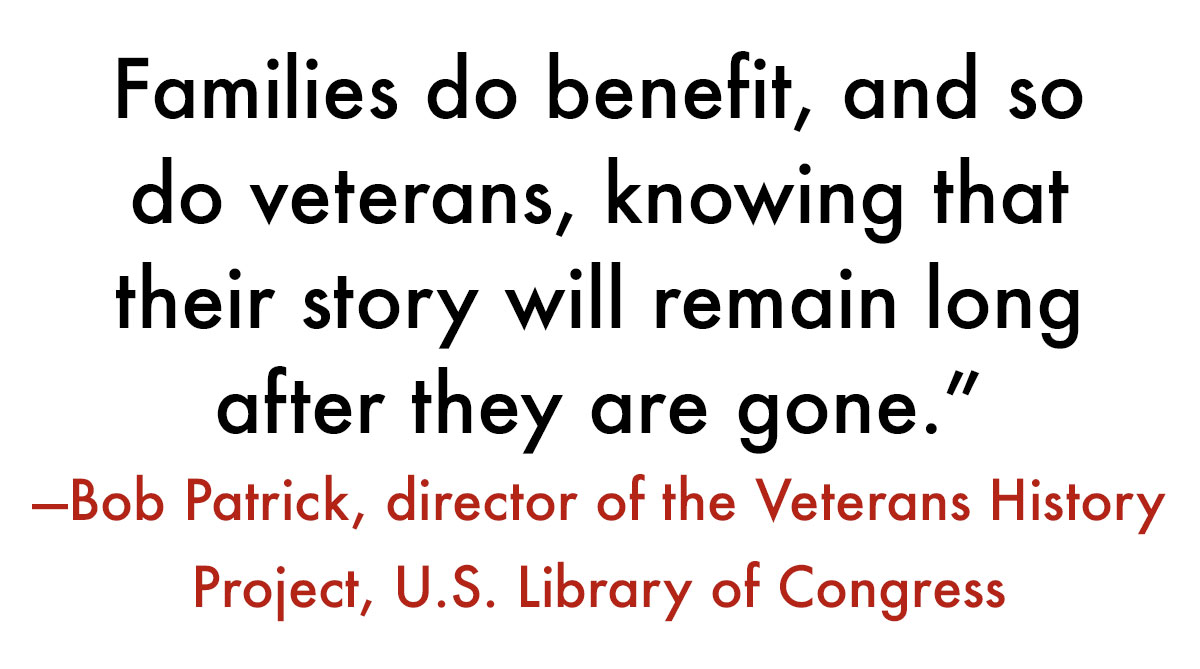 It is oh, so easy for a veteran’s service and sacrifice to be forgotten.

Veterans themselves may not tell their stories—perhaps to avoid painful memories or to spare loved ones from experiencing, even second-hand, the horrors of war—and this chapter in the family history, and its importance, is not passed along. Perhaps that’s how some First World War medals were nearly consigned to the rubbish heap in Winnipeg in the early 2000s.

A family clearing out an apartment after a death put out boxes of unwanted stuff and invited other residents to help themselves. One neighbour picked out a small box containing a crest with the initials KOSB, and four medals, three from the First World War. Mistakenly discarded, he thought, but a family member told him they were not wanted. He kept them, not knowing what else to do with them.

Twelve years later, he chanced to meet Dave Flannigan, then Dominion President of The Royal Canadian Legion. He told Flannigan the story and handed over the medals.

The medals were earned by Private Robert Speirs McClymont of the King’s Own Scottish Borderers (KOSB), which traces its history back to 1689.

They include a 1914-15 Star, a British War Medal and a Victory Medal 1914-1919, a trio that was nicknamed Pip, Squeak and Wilfred, after characters in a popular comic strip of the day.

The fourth medal, the Imperial Service Medal, was awarded in the 1950s to civil servants retiring after 25 years of service. 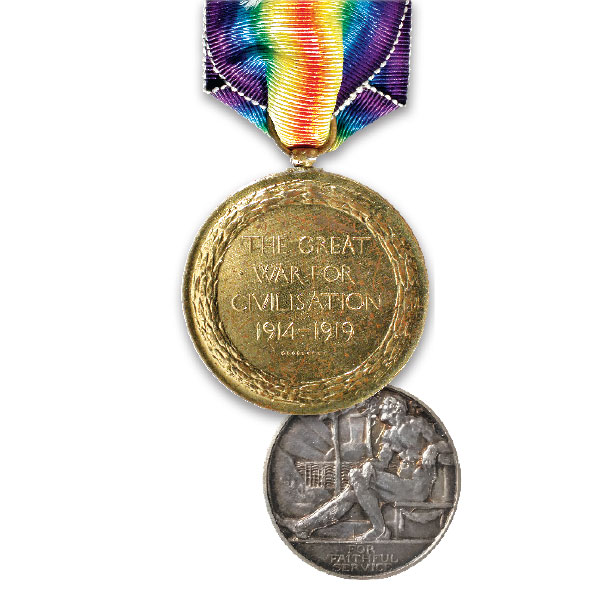 The reverse of the Victory Medal (top) is shown along with the reverse of the Imperial Service Medal (right), which was awarded for 25 years of civil service. The cartoon characters (from left) Pip, Wilfred and Squeak were popular during the First World War.
Stephen J. Thorne

Research by Legion Magazine took the story a little further. A Robert Speirs McClymont was born in Minnigaff, Scotland, in 1894. Someone by that name enlisted in the KOSB in the Dumfries and Galloway area. He was given the regimental number 909.

“Unfortunately, very few records of the territorial battalions have survived,” said Ian D. Martin of the KOSB Regimental Museum. “So the key to their numbering systems has been lost.” And with it, the date McClymont enlisted.

His medals card shows he landed at Gallipoli with the KOSB’s 5th (Dumfries & Galloway) Battalion on June 10, 1915. That battalion was mobilized in August 1914.

In January 1916, the battalion deployed to Egypt, where McClymont subsequently transferred to the Imperial Camel Corps and later to the Corps of Hussars. A posting on greatwarforum.org notes he was wounded April 19, 1917, in the Second Battle of Gaza.

Flannigan is bringing McClymont’s story back to life. He recounts it whenever he speaks at schools in Newfoundland and Labrador and at Legion events across the country.

“I started to think about all the events that had to happen for me to get the medals,” he said. “This gentleman has nothing to do with me, but I feel like this veteran has adopted me as curator of his remembrance.” 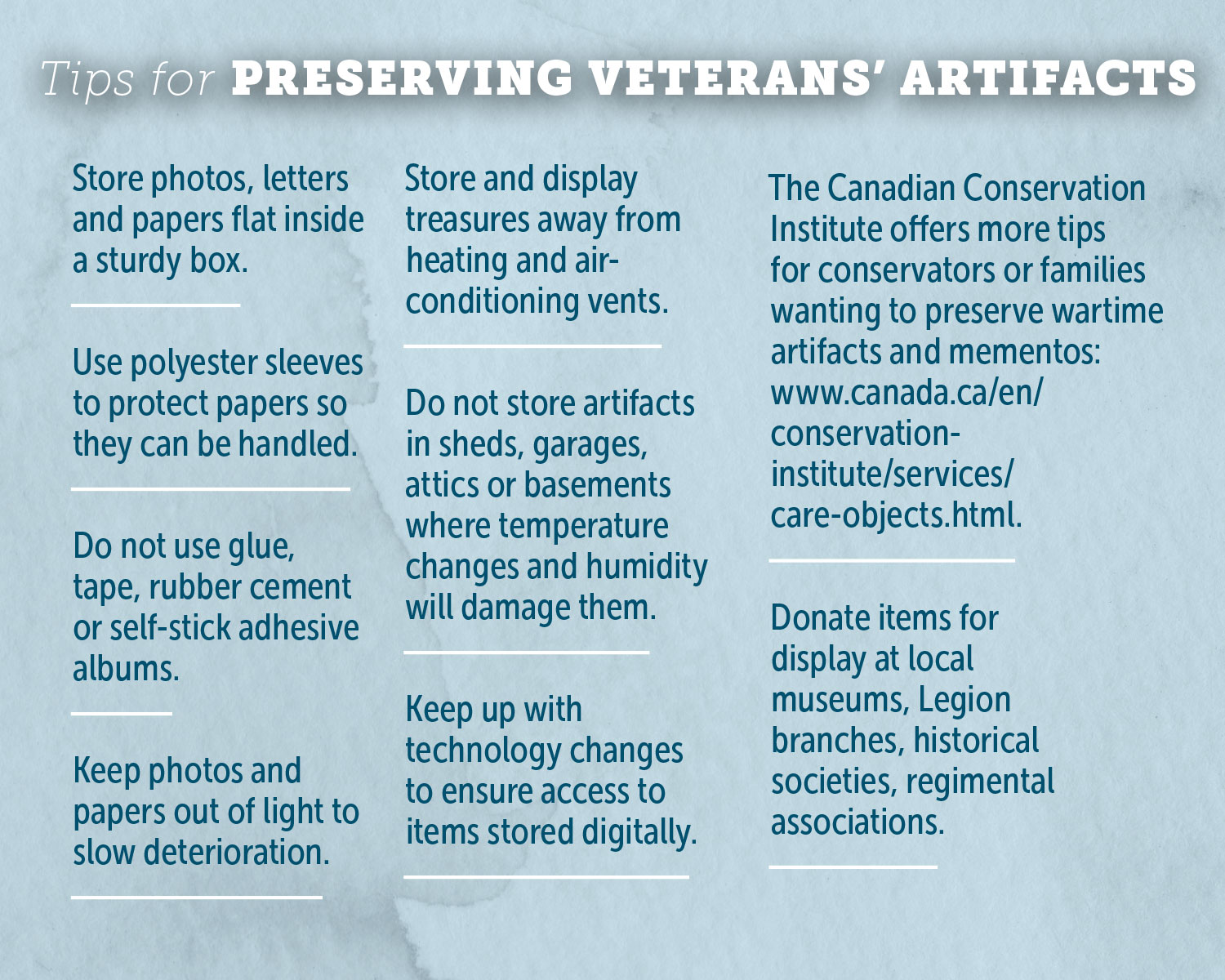