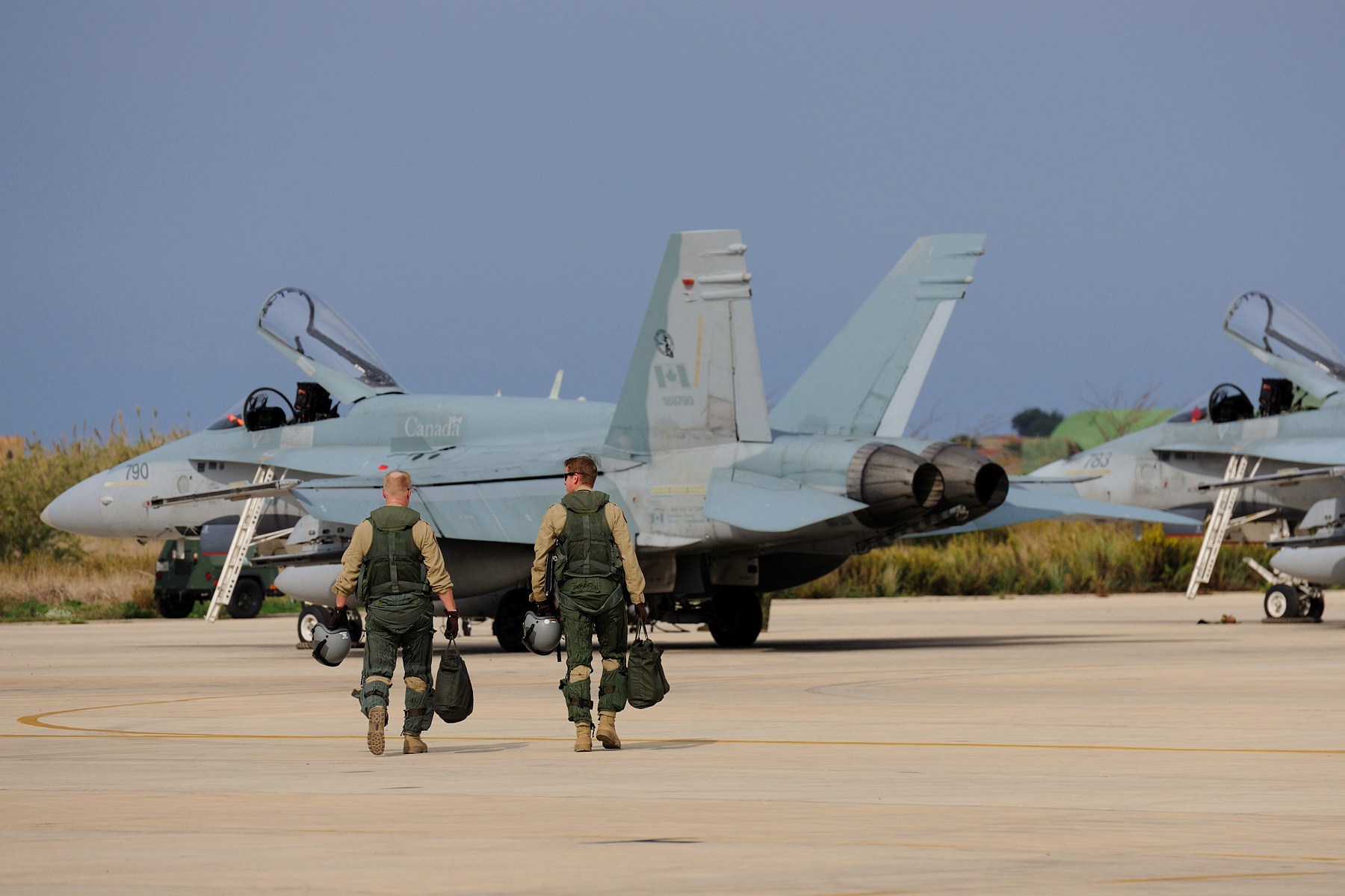 Two CF-18 Hornet pilots prepare to return to Canada from Trapani, Italy, in November 2011 after completing Operation Mobile.
Robert Sullivan / FLICKR
Libyan dictator Moammar Gadhafi responded harshly to opponents and citizens as the demonstrations of the Arab Spring devolved toward civil war in 2011. He vowed to eradicate them house by house.

To protect civilians, the United Nations called for a ceasefire and imposed a no-fly zone and 19 countries, led by NATO, intervened against Libyan military attacks and conducted a naval blockade.

Canada’s response, Operation Mobile, involved all three arms of the service and resources and personnel from across the country, including 200 personnel, aircrews, ground technicians and members of the Joint Task Force (JTF-2) from Special Operations Forces Command.

Halifax-based frigate HMCS Charlottetown, with a crew of 240 and a Sea King Helicopter detachment, began security operations in the Mediterranean with the NATO maritime group on March 17, and was spelled off in August by HMCS Vancouver, based in Esquimalt, B.C.

The Royal Canadian Air Force conducted more than 1,400 sorties from bases in Trapani and Sigonella, in Sicily, Italy, before the operation ended in November.

In its five-month deployment, Charlottetown investigated 313 vessels and boarded five, provided escort support and area security for vulnerable vessels such as minesweepers and replenishment ships; and on several occasions led groups defending Misrata against attacks by pro-regime forces in small boats.

Vancouver escorted and provided air defence for vulnerable vessels such as minesweepers and supply ships, and enforced the embargo, ensuring prohibited goods, like weapons, did not get into the country.

Gadhafi was captured and killed on Oct. 20 and the war was declared over three days later. NATO ended operations in Libya on Oct. 31. On Nov. 1, Canadians began preparing to return home.

PrevPrevious ArticleFighting in the Rhineland
Next ArticleSkirmish at Duck LakeNext