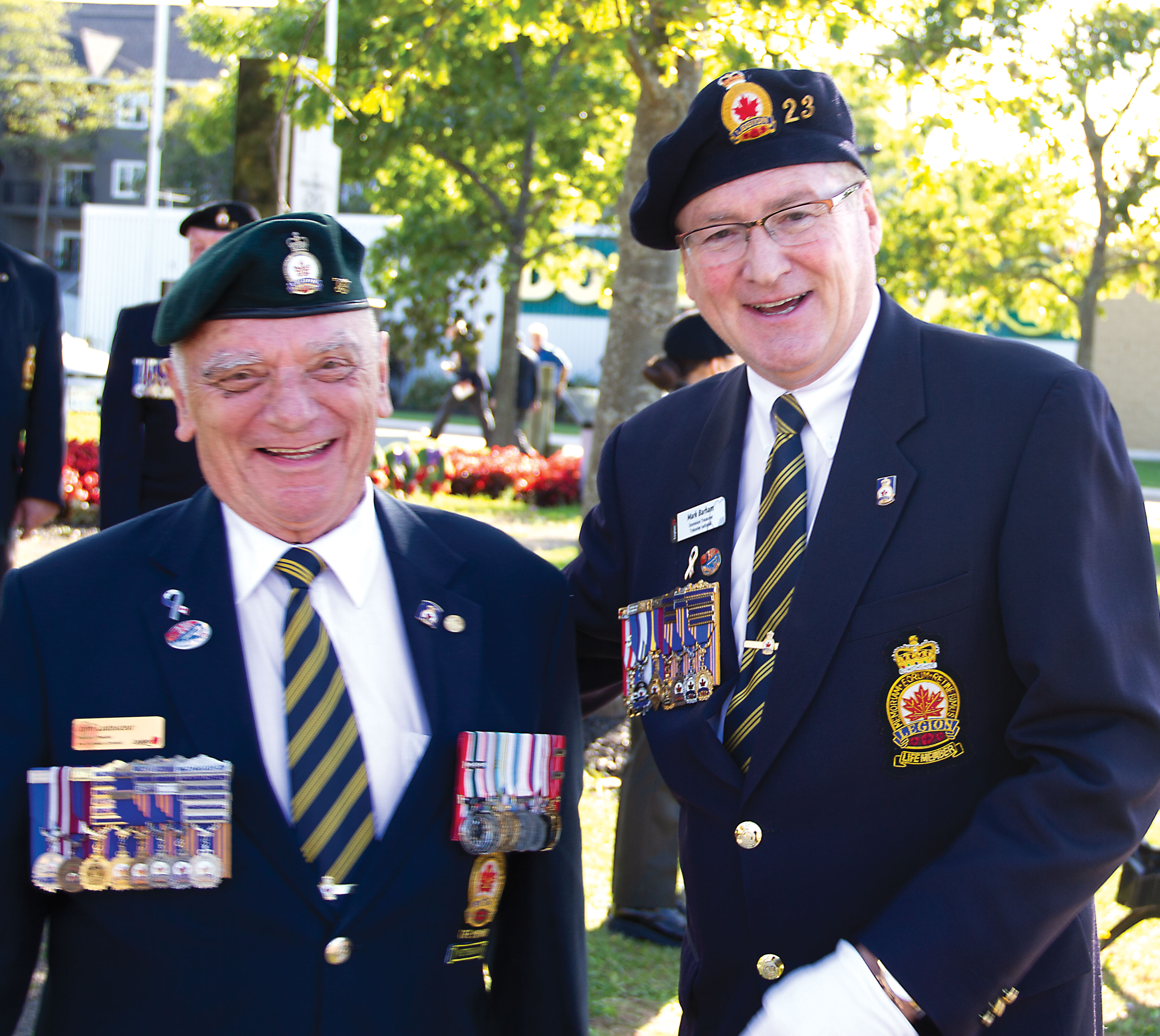 Legionnaires in New Brunswick expressed concern about the loss of veterans-priority-access beds in the province’s long-term care facilities when delegates met for the 84th New Brunswick Command Convention in Shediac on Sept. 21-22.

The issue of veterans’ beds came up when Veterans Seniors and Services Committee Chair Daryl Alward noted that Horizon Health Network, one of the province’s two health-care authorities, had been allotted eight beds that had been veterans-priority beds at the Veterans Health Unit in Fredericton and 10 beds at the Ridgewood Veterans Health Wing in Saint John.

Delegates were upset that those beds, which are available only to Second World War and Korean War veterans, were being used by non-veterans.

“We have 600,000 veterans in Canada and we are giving away beds,” said Larry Lynch of Lancaster Branch in Saint John. “What I want to know is: once we have given them to Horizon, are we ever going to get them back?”

Later in the convention, delegates would unanimously pass a resolution that eligibility for beds contracted to Veterans Affairs Canada be extended to all veterans of the Canadian Armed Forces.

The convention was held at the Shediac Convention Centre, 25 kilometres northeast of Moncton, N.B. It got underway on Saturday morning with local dignitaries bringing greetings. Dominion Treasurer Mark Barham declared the convention open.

With 125 delegates attending, business started with a surprise for Ladouceur, who was presented with the Meritorious Service Medal by Barham on behalf of the Legion.

Membership Committee Chair Tony Chevalier said that membership in the command was steady with 7,201 members as of August. It had an 84.9 per cent renewal rate when the national average was 83 per cent. 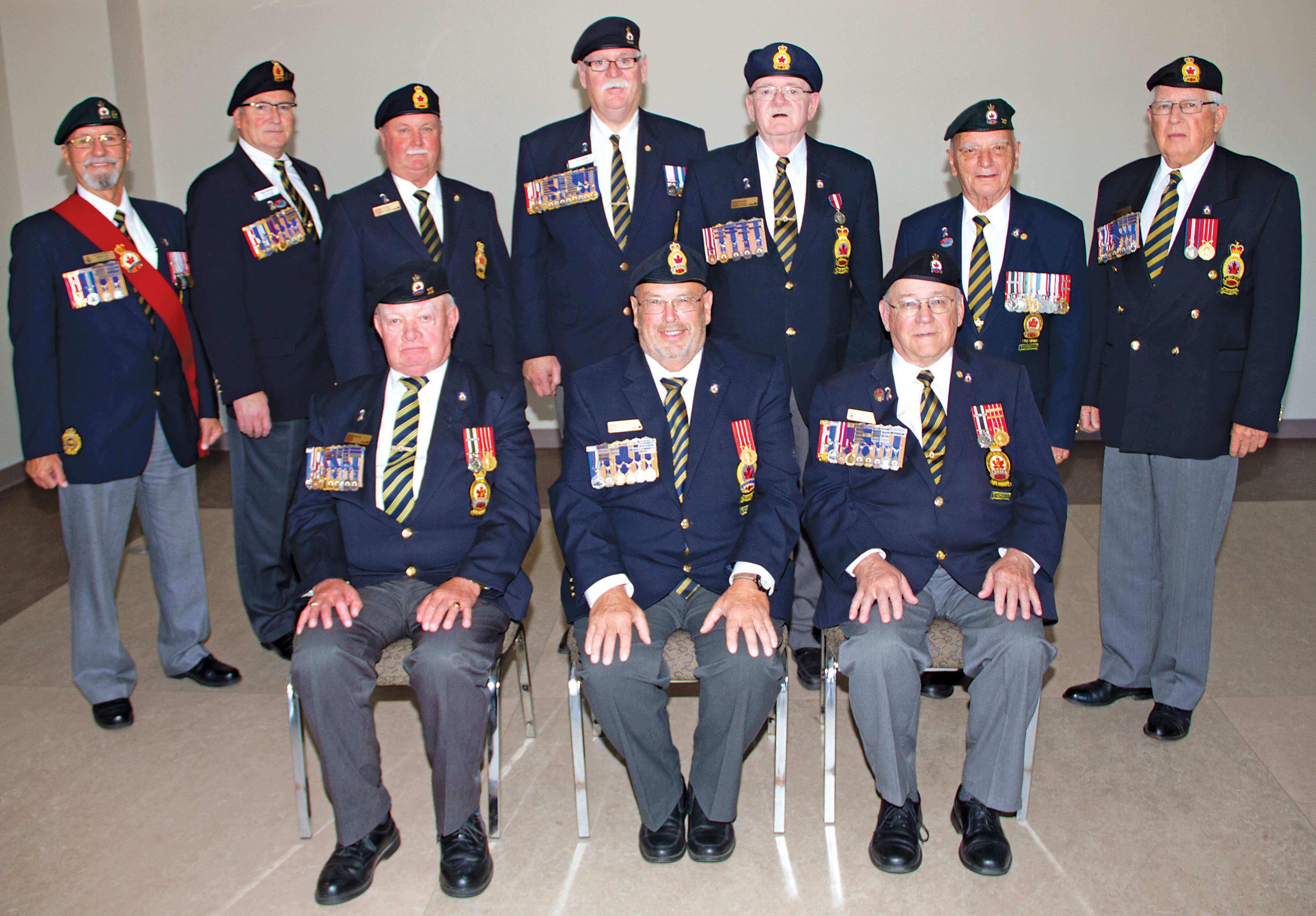 Changing to his role as Veterans Licence Plate Committee Chair, Chevalier told delegates that New Brunswick Command would continue to be the authority to approve a veteran’s licence plate. At his committee’s recommendation, the provincial government will be changing the definition of a veteran to the one approved by Dominion Command; he expected new forms with the new definition to be printed shortly. The command has approved 8,146 veterans’ plates since 2003.

Delegates welcomed news from Treasurer Gary McDade, who reported that the command finances are in good shape and that there would be no request for a per capita tax increase. The command also presented Leigh Hunter of the Gagetown Military Family Resource Centre with a cheque for $10,000.

Barham told delegates that Dominion Command was following the recommendations of its Going Forward Committee to modernize the Legion and improve member retention. “Twenty-six per cent of those who answered our questions on not renewing said it was because of at-the-branch experiences,” he said. “We have to be more welcoming.”

He suggested that modernizing facilities would help attract new members. “We used to build bunkers. We need to open up our facilities.”

After his presentation, Chair Joe Rideout called for delegates to come forward with their donations to the Royal Commonwealth Ex-Services League. Delegates raised $12,623 to help veterans and widows in Caribbean countries.

Kent Caldwell of St. Croix Branch in St. Stephen made a presentation on his experiences on the 2019 Royal Canadian Legion Pilgrimage of Remembrance to Europe. He finished by presenting a charcoal etching of the headstone of a local soldier to St. Croix Branch.

Delegates approved a resolution to remove a bylaw that says the Legion uses the masculine to include the feminine. Instead, the command will use gender-neutral language with such titles as “chairperson” or “chair.”

Other resolutions called on the Legion to lobby the provincial government to ensure that the sacrifices of veterans are taught in the school curriculum and that the command continue to process applications for veterans’ licence plates with no administration fee.

The only standing vote required was when a motion was made to bring back a non-concurred resolution to create a veterans council within the Legion, with a head who would be a senior elected officer of Dominion Command. New Brunswick Command had approved such a resolution at its 2017 provincial convention but it was non-concurred at the following dominion convention.

Rideout said that a two-thirds majority would be required to bring the resolution back to the floor for discussion. After counting the votes, he declared the motion had failed to get the required support.

Second Vice Daryl Alward of Marysville Branch in Fredericton was elected first vice over Tony Chevalier of Alfred Ashburne Branch in Gagetown. Chevalier’s name was dropped down to run for second vice in a contest with Stella Ward of Harcourt Branch and Ron Bourque of Durham Branch in Belledune. After two ballots, Chevalier was declared elected.

Treasurer McDade of Fredericton Branch was acclaimed for another term.

Chair Rideout of Fredericton Branch was re-elected in a contest with Clayton Saunders of Petitcodiac Branch. Rideout had become chair partway through the term when former chair Jack Clayton resigned to become executive director of New Brunswick Command.

Campbell thanked Local Arrangements Committee Chair Leo Doiron for the hospitality from Shediac Branch, which included lunches and a banquet served at the centre.