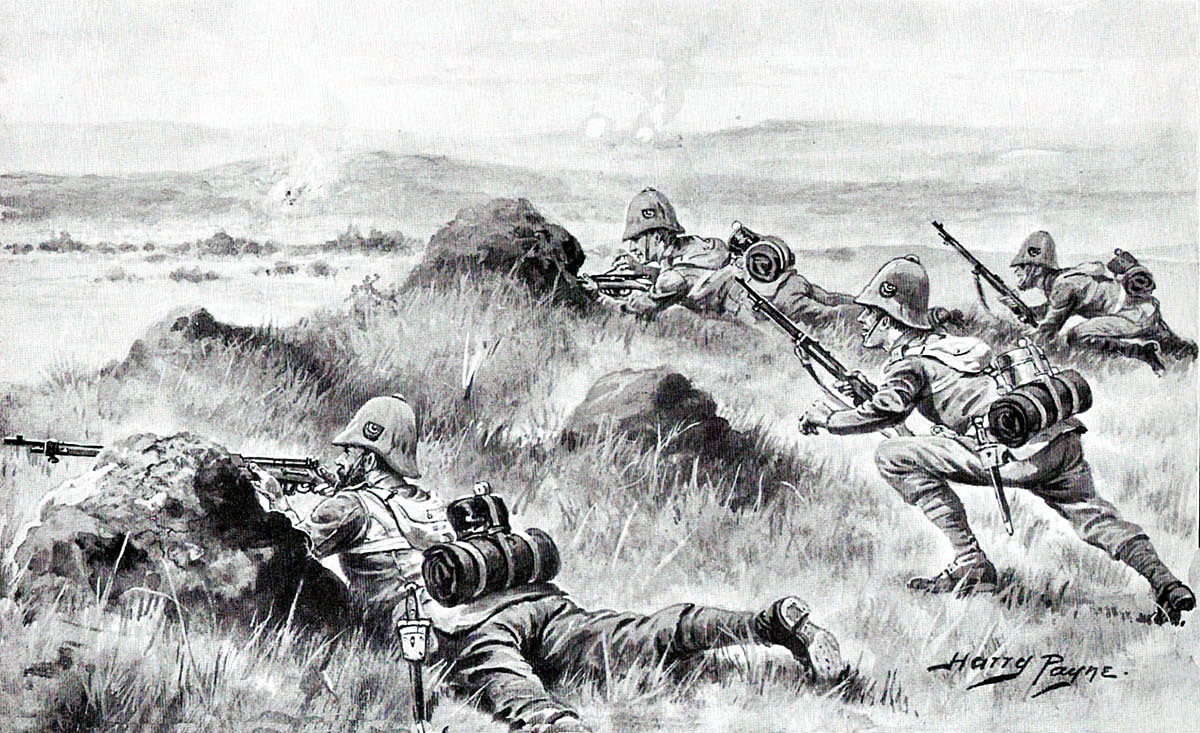 The 2nd King’s Shropshire Light Infantry at the Battle of Paardeberg on Feb. 27, 1900, in the Boer War.
Harry Payne
The Royal Canadian Regiment of Infantry got its first taste of battle in the Boer War on the murderous Bloody Sunday in mid-February 1900 at Paardeberg Drift, which claimed 1,300 British casualties, including 18 dead and 60 wounded Canadians.

Within 10 days the regiment was to receive much of the credit for the first significant British victory of the war.

The Boer encampment was surrounded and under siege by the British, who kept tightening the noose. After a week, the British believed the Boers were running low on supplies, and the Canadians were ordered to attack by night.

At 2 a.m. on Feb. 27, two lines of the regiment sneaked to within 100 metres of enemy trenches, when they were spotted.

In seconds, they were under heavy fire, with six dead and 21 wounded. The leading line of Canadians returned fire while the second dug in.

A Boer ruse nearly worked: someone called out “Retire!” and four Canadian companies withdrew. But two companies made up of men from Nova Scotia, New Brunswick and Prince Edward Island kept firing until daybreak, when the Boers surrendered.

The regiment took about 4,000 captives, including a general. The Canadians had opened a major road, at the cost of 13 dead.

The British had more men and better weapons, but the Boers had the advantage of speed. Their new tactics included roving commando units that could hit unexpectedly, hard and fast, and move on before the British could respond to the ambush. Supply roads and railways were particular targets.

It took about half a million British empire troops to defeat the Boers, who numbered less than 90,000.

Canadians took part in many subsequent battles right to the end of the war, gaining a reputation for steadfastness in May at the Battle of Zand River, where the regiment held firm despite being outnumbered 10:1 at some points during the battle.

More than 7,000 Canadians, including 12 female nurses, served in South Africa. Of them, 267 are listed in the Books of Remembrance.