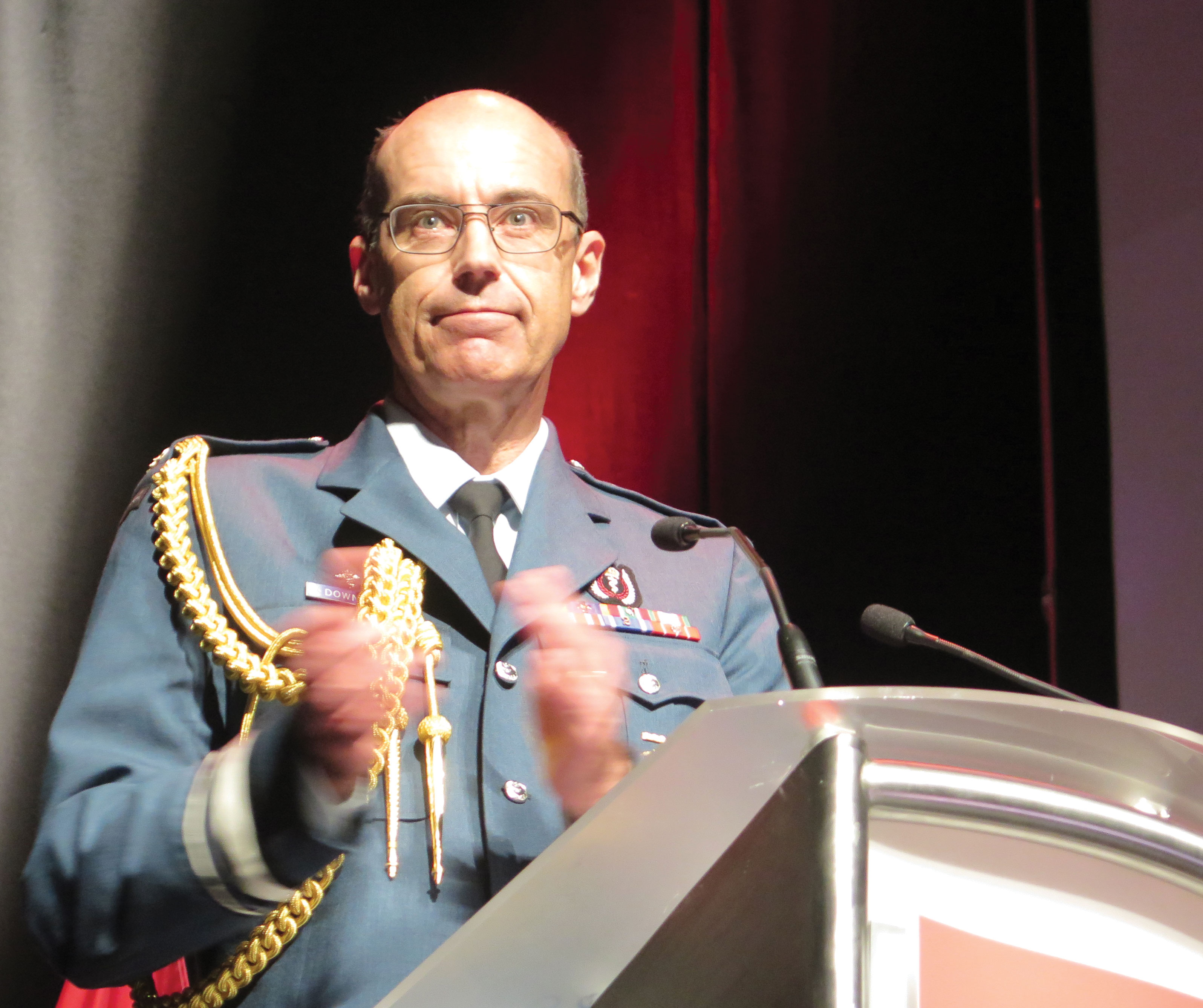 The 750 delegates to the 10th Canadian Institute for Military and Veteran Health Research forum in Gatineau, Que., Oct. 21-23 heard about these developments—and many, many more—in nearly 250 research presentations and a half dozen keynote addresses spread over three intense days.

Retired general Walt Natynczyk has championed serving soldiers and then veterans, and has come full circle in his appreciation of military-health research.

“The evidence you provide, with the hard rigour of research, is vital to how we provide support to our veterans and their families,” said Natynczyk, deputy minister of Veterans Affairs, in his keynote address at the 2019 forum.

A decade ago, at CIMVHR’s first forum, Canada was at war. Natynczyk was chief of the defence staff, dealing with new combat health challenges—particularly the physical and psychological toll presented by improvised explosive devices. The argument for evidence-based treatment for soldiers won him over back then, he said, and such research now ensures Veterans Affairs Canada “provides the best care and support, reflecting best practices and leading-edge innovation.”

Vice-Admiral H.C. Edmundson, commander of Military Personnel Command, agreed. “Through research we are able to understand challenges, to make decisions and put together policy changes” that align with the needs of those serving.

Over the past decade, military health research has moved “from what happened and why did it happen, to what will happen and what should we do about it,” said CAF epidemiologist Robert Hawes. He designed the military population health surveillance system CAF-HERO, which combines data from dozens of sources to monitor the health status of personnel and identify risks to operational readiness. This can cover a myriad of considerations, including enforcing public health measures, preventing diseases during deployment and ensuring members see the dentist before deploying.

Through their participation, serving members and veterans “ensure researchers are well informed of our unique requirements and recognize differences between civilian and military populations,” said Major-General Andrew Downes, CAF Surgeon-General. DND and VAC have awarded nearly 80 health research projects valued at about $14 million to the CIMVHR network of researchers, which has grown to include 1,700 researchers at 44 universities and a myriad of research institutes and government departments.

“We push for world-class research,” said Tom Irvine, The Royal Canadian Legion’s Dominion President. “This can lead to development of important evidence-based practices, policies and programs and helps the Legion advocate for change.”

Irvine presented the Legion’s sixth $30,000 master’s level scholarship to University of British Columbia student Kaitlin Sullivan, who is studying the underlying mechanisms of fear memory. Ultimately, Irvine said, this could lead to development of pharmaceuticals that can block or lessen formation of fear memories after a traumatic event.

The final keynote address updated delegates on research that is out of this world. Or will be.

Canada will also contribute a medical system to support humans in deep space. His mandate calls for the system to be developed in Canada and that it must directly benefit Canadians.

The challenge of health care in space has some commonalities—communications lag, difficulty in timely access and training in self care—with Canadians who are geographically or culturally isolated, or whose mobility is a barrier to access.

“How amazing would it be to apply those same technologies to benefit thousands of Canadians every day?”