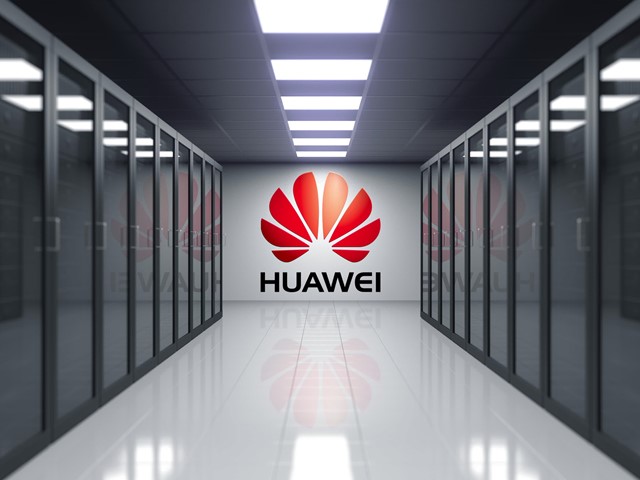 Huawei reported Canadian earnings of $566 million in 2018.
Huawei
The national security adviser to the president of the United States has warned Ottawa against allowing Chinese telecom giant Huawei to install its 5G network in Canada, saying the technology would be used as a “Trojan Horse” to undermine national security and threaten the country’s trusted position among its allies.

Speaking at an international security conference in Halifax on Nov. 23, Robert C. O’Brien didn’t mince words during his assessment of China’s intentions in the North American telecom market.

“What the Chinese are doing makes Facebook and Google look like child’s play, as far as collecting information on folks.”

He said Beijing could use data mined from its 5G network to “micro-target” Canadians with personalized texts aimed at influencing elections.

O’Brien said such an intrusion could affect Canada’s role in the Five Eyes alliance, which also includes intelligence agencies in Australia, Britain, New Zealand and the United States.

“The Huawei Trojan Horse is frightening, it’s terrifying,” he said. “I find it amazing that our allies and friends in other liberal democracies would allow Huawei in. I’m surprised that there’s even a debate out there.” 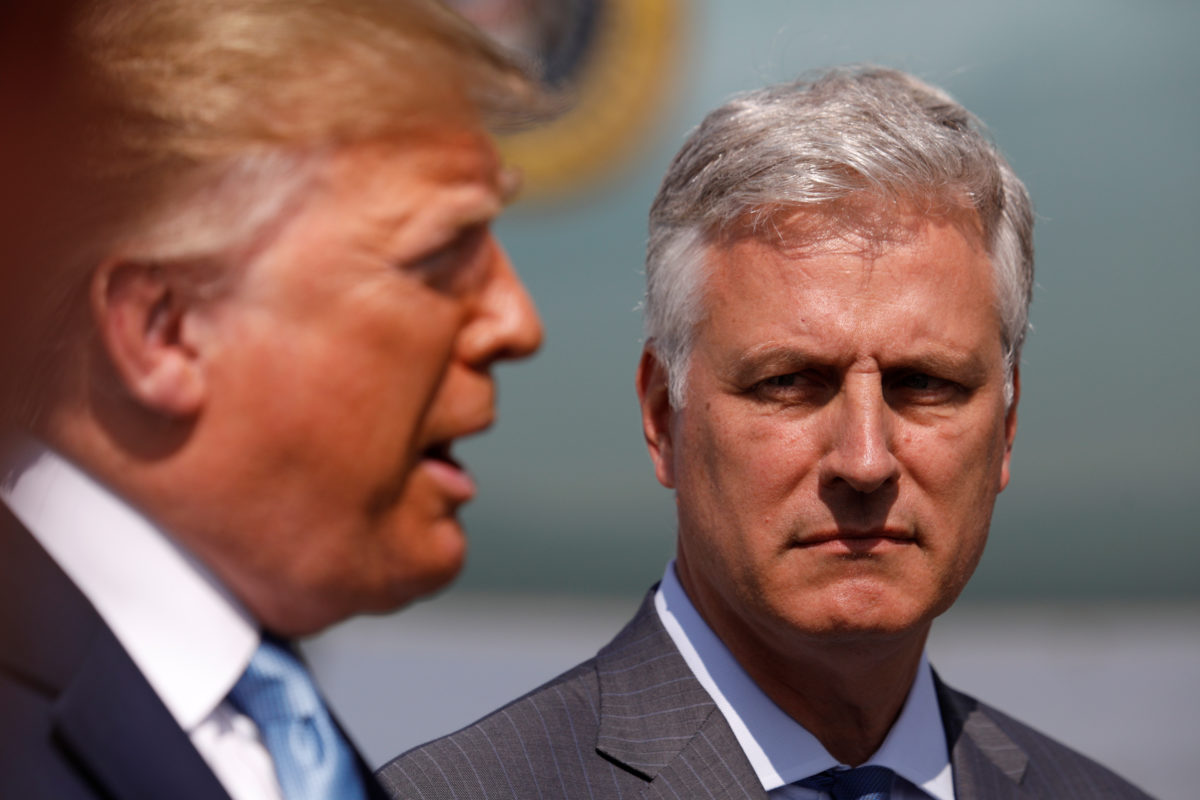 “Networks are vulnerable to various forms of surveillance and attack that can lead to denial of service, and loss of integrity and confidentiality of network services,” it said.

“As the United States upgrades its networks to the next generation of wireless technologies—5G—the risk that secret ‘back doors’ in our communications networks will enable a hostile foreign power to engage in espionage, inject malware, or steal Americans’ data becomes even greater.”

The FCC said it was looking to force telecoms that receive monies from its Universal Service Fund (USF) to swap out any Huawei and ZTE equipment they’re using.

“Both Huawei and ZTE have close ties to the Chinese government and military apparatus and are subject to Chinese laws requiring them to assist with espionage, a threat recognized by other federal agencies and the governments of other nations,” the commission said.

“The public funds in the FCC’s USF, which subsidizes U.S. broadband deployment and service through four separate programs, must not endanger national security through the purchase of equipment from companies posing a national security risk.”

FCC chair Ajit Pai said the ban was based on evidence and cited a recent European Union report that said 5G would increase attack paths for state actors.

“These concerns are by no means hypothetical,” Pai said in a separate statement. “This summer, for example, an independent cybersecurity firm found that over half of the Huawei firmware images they analyzed had at least one potential back door and that each Huawei device they tested had an average of 102 known vulnerabilities.

“Given the threats posed by Huawei and ZTE to America’s security and our 5G future, this FCC will not sit idly by and hope for the best.” 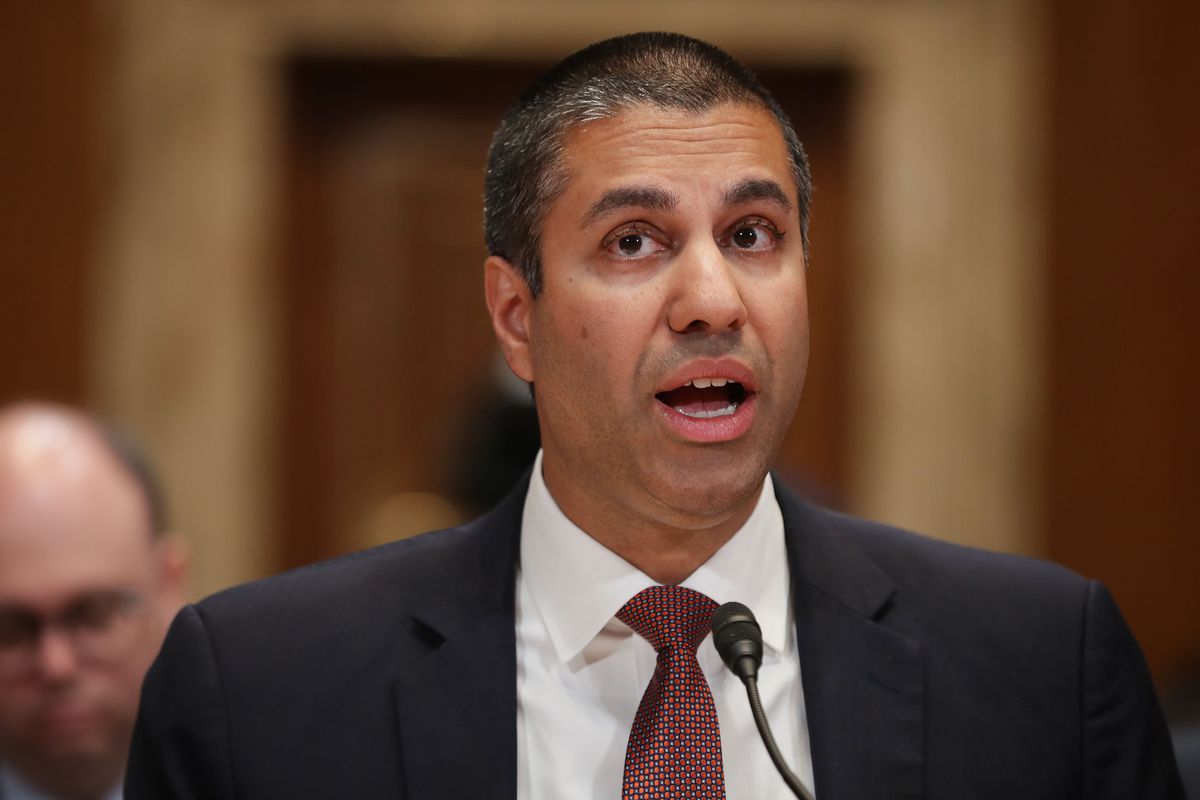 FCC chairman Ajit Pal says security concerns over Chinese companies like Huawei and ZTE are by no means hypothetical. The U.S. communications commission, he said, “will not sit idly by and hope for the best.”
Chip Somodevilla/Getty Images
In May, the U.S. government banned Huawei from working with any U.S.-based company. The ban was subsequently partially lifted, allowing some companies to apply for conditional licences.

Huawei called the measures groundless and urged the FCC to reconsider its latest decision.

“These unwarranted actions will have profound negative effects on connectivity for Americans in rural and underserved areas across the United States,” said a company statement.

“Huawei believes this order is unlawful as the FCC has singled out Huawei based on national security, but it provides no evidence that Huawei poses a security risk. Instead, the FCC simply assumes, based on a mistaken view of Chinese law, that Huawei might come under Chinese government control.”

It had previously been reported that it would take Huawei three to five years and $2 billion to fix several flaws that were found in its equipment in 2018.

Eric Li, president of Huawei Canada, said that the company has other partnerships with carriers, but not being part of the deployment of 5G will result in a significant monetary loss for the China-based tech giant.

“Yes. I think we will lose revenue,” Li said in an interview with MobileSyrup at Huawei’s Canadian headquarters in Markham, Ont. “5G is currently the most important technology and we would lose [revenue] for sure” if the company is banned. “But we hope to gain from the other sides of business we have, which is our consumer side and enterprise side.”

Huawei Canada has said it earned approximately $566 million in 2018. That figure includes earnings of about $357 million from its telecom business and $198 million from its consumer device business, in the Canadian market. Telus and Bell are significant customers.

Telus and Bell have both confirmed that they don’t use Huawei equipment in their core network infrastructure, which is where the most sensitive and vulnerable information is stored.

On Nov.22, Cong Peiwu, Beijing’s new ambassador to Canada, dismissed the notion Huawei could compromise the security of 5G users by installing such “back door” channels in mobile devices.

“So we do hope the Canadian side will provide a fair, just and non-discriminatory business environment for Chinese companies, including Huawei,” he said in Ottawa.

“We have been extremely mindful in protecting our current 4G technology and the decisions that we make regarding 5G will make sure that these systems are as strong as our current system, if not stronger,” Sajjan said.

“We have the appropriate process and regulations in place to protect our infrastructure and Canadians. We are going to take our time so that we can appropriately examine all potential threats.”

Newly appointed Public Safety Minister Bill Blair said before the Halifax conference opened there are “complex economic and security issues that need to be addressed.

“It will be a priority when we come back to government and when cabinet meets to examine those issues and make that decision. I don’t have a specific timetable at this time.”

Relations between Canada and China have been strained since last December, when Canadian authorities arrested Huawei executive Meng Wenzhou over American allegations the company violated sanctions on Iran.

Wenzhou has remained under house arrest in Vancouver while her extradition case is before a Canadian court. Two Canadians have since been detained in China on allegations of undermining the country’s national security.