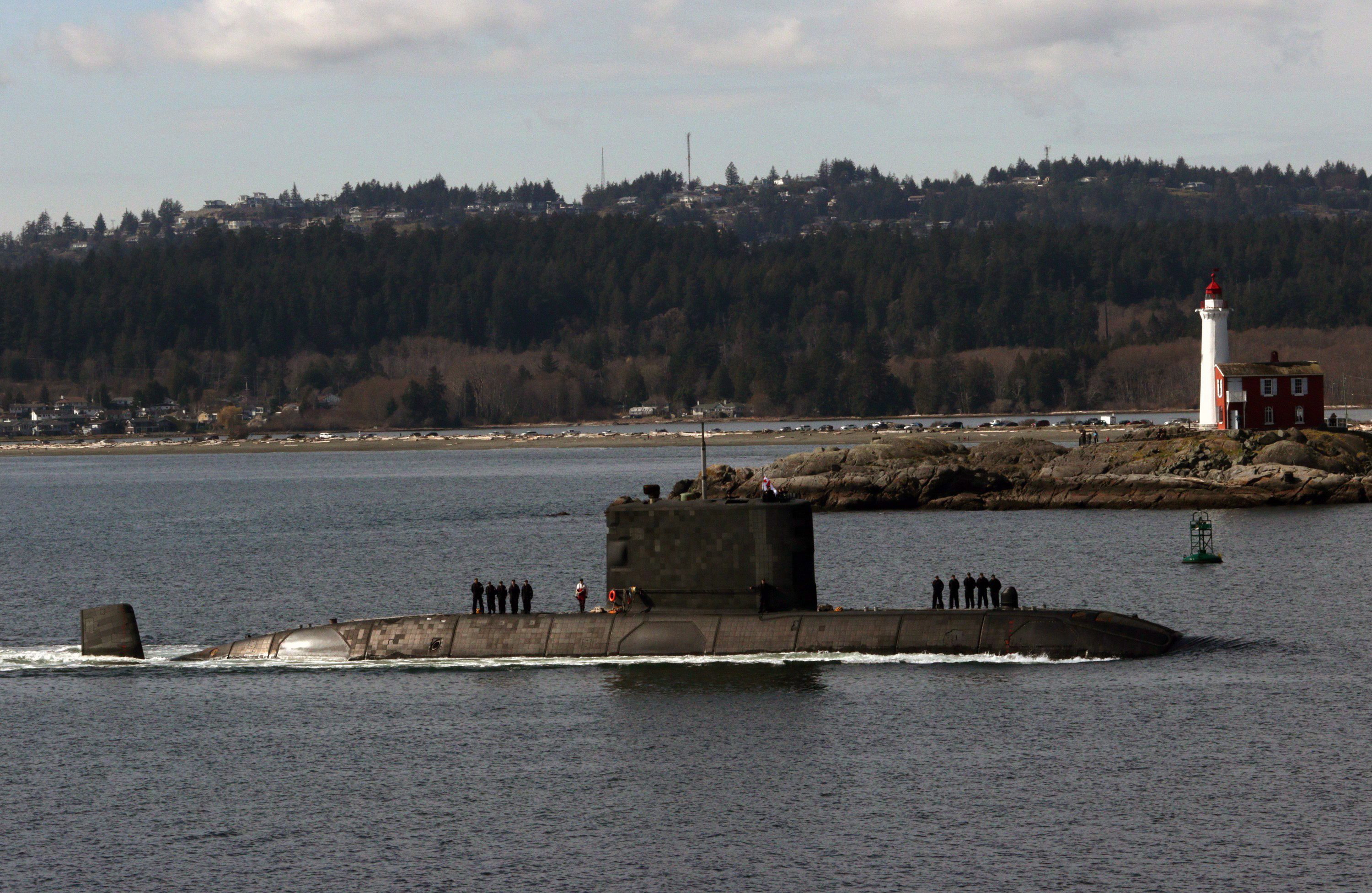 A crew of 59 aboard the HMCS Chicoutimi pass by Fisgard Lighthouse as they arrives at CFB Esquimalt following a 197 day deployment to the Asia-Pacific region as family and friends welcome them home in Esquimalt, B.C., in March 2018.
THE CANADIAN PRESS/Chad Hipolito

The Royal Canadian Navy has apologized for a five-year delay in releasing its study on the health of 56 navy crew who survived a 2004 fire aboard HMCS Chicoutimi.

Chicoutimi is one of four retired diesel-electric submarines Canada bought from Britain in the late 1990s. The submarines needed extensive repair and retrofitting. Chicoutimi was the last to join the Canadian fleet on Oct. 2, 2004.

On Oct 5, running on the surface with upper and lower hatches open during repair work, a massive wave dumped seawater into the boat at about 11 a.m. Two hours later, an electrical fire broke out and, in seconds, thick black smoke spread through the decks.

Nine of the crew suffered smoke inhalation, three severely. They were about 200 kilometres off the Irish coast and high seas prevented an immediate transfer to hospital ashore. The three were evacuated the next morning by helicopter. Navy Lieutenant Chris Saunders died.

For five days as the submarine was towed to port, the remainder of the crew lived in soot, breathing in noxious fumes.

Five years later, 18 of the crew had left the Canadian Armed Forces. The defence department ordered a long-term study on the health of survivors, which was ready for release in 2014.

At the news conference when the study was released on July 11, Vice-Admiral Art McDonald apologized for the five-year delay in releasing the report and lack of communication with crew and their families.

“For this delay—for which I can offer no explanation…I have offered my unreserved apology,” he said.

The study looked at health records of crew members for five years before the fire and five years afterward and compared the data to a control group of 42 support staff who repaired the submarine in port and 152 crew from other submarines.

By 2009, 12.5 per cent of the Chicoutimi crew had been medically released, compared to 5.3 per cent of the control group. One Chicoutimi submariner has died of lung cancer, according to a Canadian Broadcasting Corporation report. At least one other has developed skin cancer.

PrevPrevious ArticleThe Nov/Dec 2019 issue is on newsstands across Canada!
Next ArticleAfghanistan museum to be located in CalgaryNext