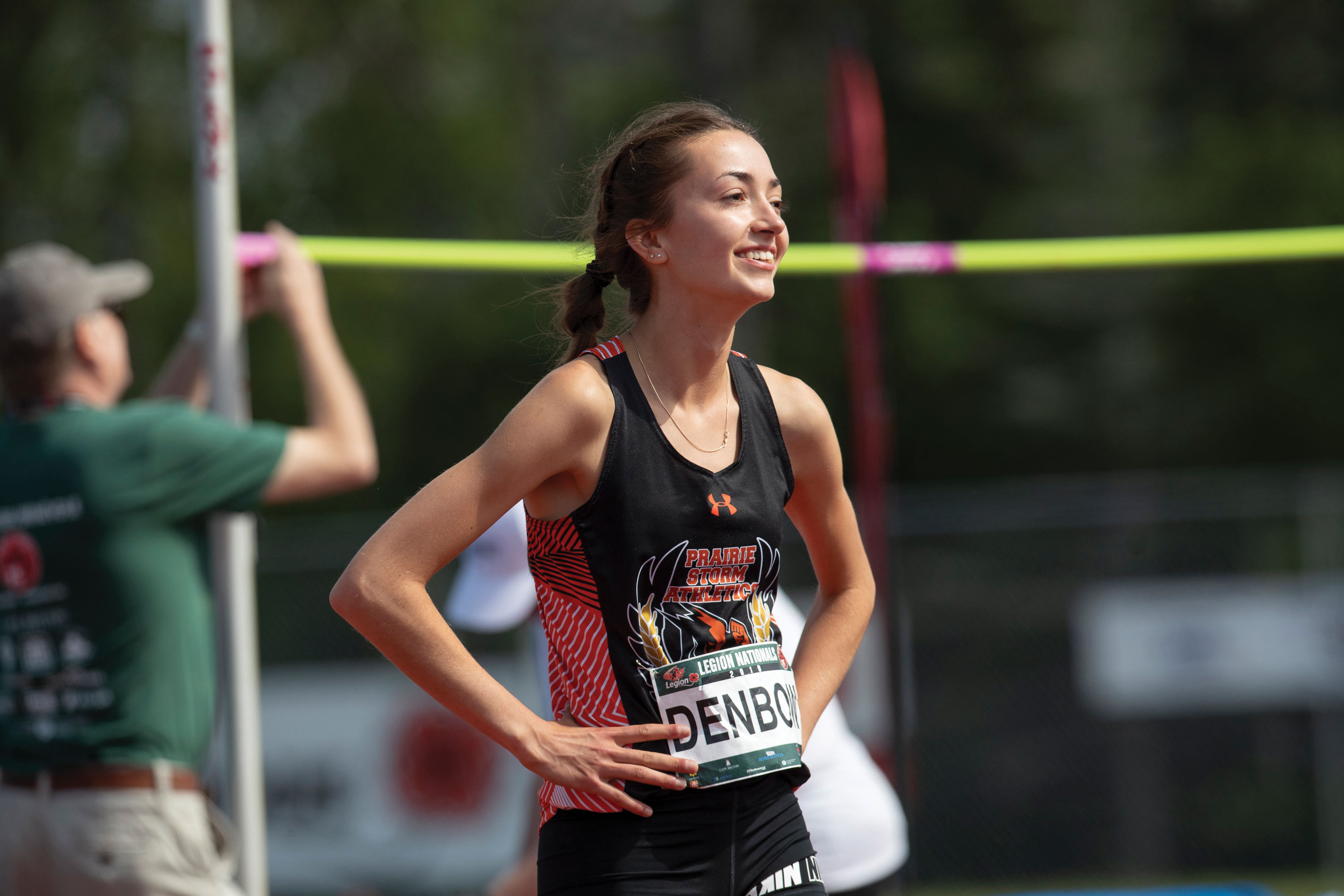 Through thick and thin, the smile never seemed to leave the face of Manitoba’s Lara Denbow, a double medal-winner at the 43rd Legion National Youth Track and Field Championships held Aug. 9-11 in Sydney, N.S.

Denbow, a 15-year-old native of Neepawa, Man., competing for Prairie Storm Athletics, set a personal best of 1.72 metres to take gold in the women’s under-18 high jump, then followed that up with a silver-medal performance in the triple jump.

It was her second straight win at the Athletics Canada-sanctioned games after she took the under-16 high jump title last year in Brandon, Man. She has competed in track and field since Grade 6, and has been fascinated by the high jump since Grade 4.

Denbow smiled, even as she prepared to jump, even as she faulted, then double-faulted, then cleared the bar on her third try at 1.68 metres. She cleared 1.70 on her next attempt, and 1.72 on her final. Denbow matched her personal-best triple jump at 11.98 metres the next day.

“If I smile, it helps me take away my nerves,” said Denbow, who moved up to under-18 competition a year early. “It brings me back down to earth. I mean, I do love the sport, so of course I’m going to smile.” 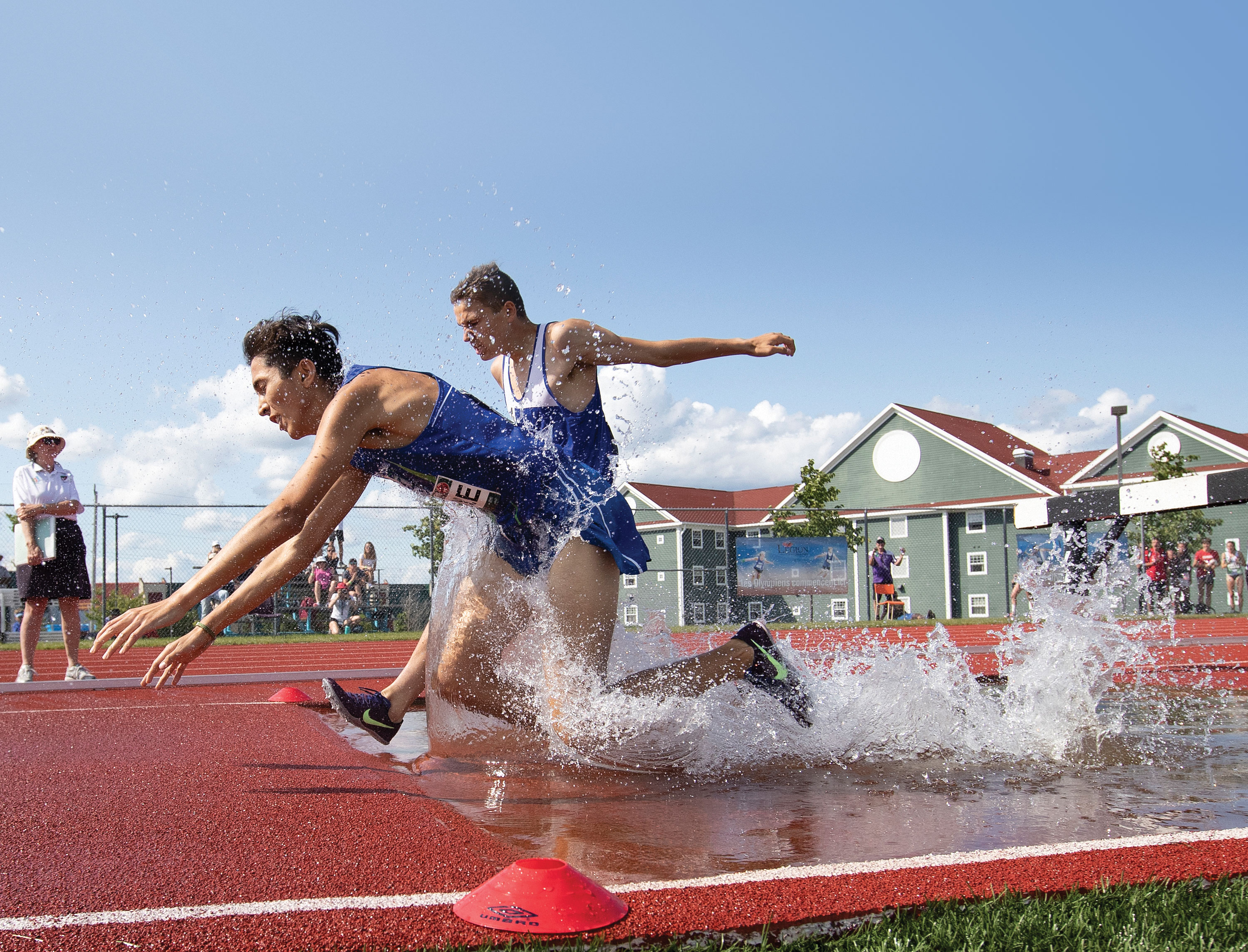 William Boyle (above) of Winnipeg Optimist Athletics was leading the men’s under-18 steeplechase when he took this tumble on the final lap. He finished third behind winner Jared Howse of Alberta-Northwest Territories and silver medalist Xavier Duchesneau (background) of Quebec.
Stephen J. Thorne

Indeed, there were a lot of smiles at the event, involving 721 athletes, 314 of them sponsored by The Royal Canadian Legion. The championships were held at Cape Breton University and will return to Sydney next year.

Jacklin cleaned up in the men’s heavy throwing events, setting a national age-group record of 69.74 metres in winning the under-18 men’s hammer throw after winning the discus and the shot
put. Cummings won the women’s under-16 100- and 200-metre races, and took bronze in the 300 metres.

The much-anticipated event, organized by the Legion’s Breton Branch, involved 160 coaches, 150 officials and more than
600 volunteers. 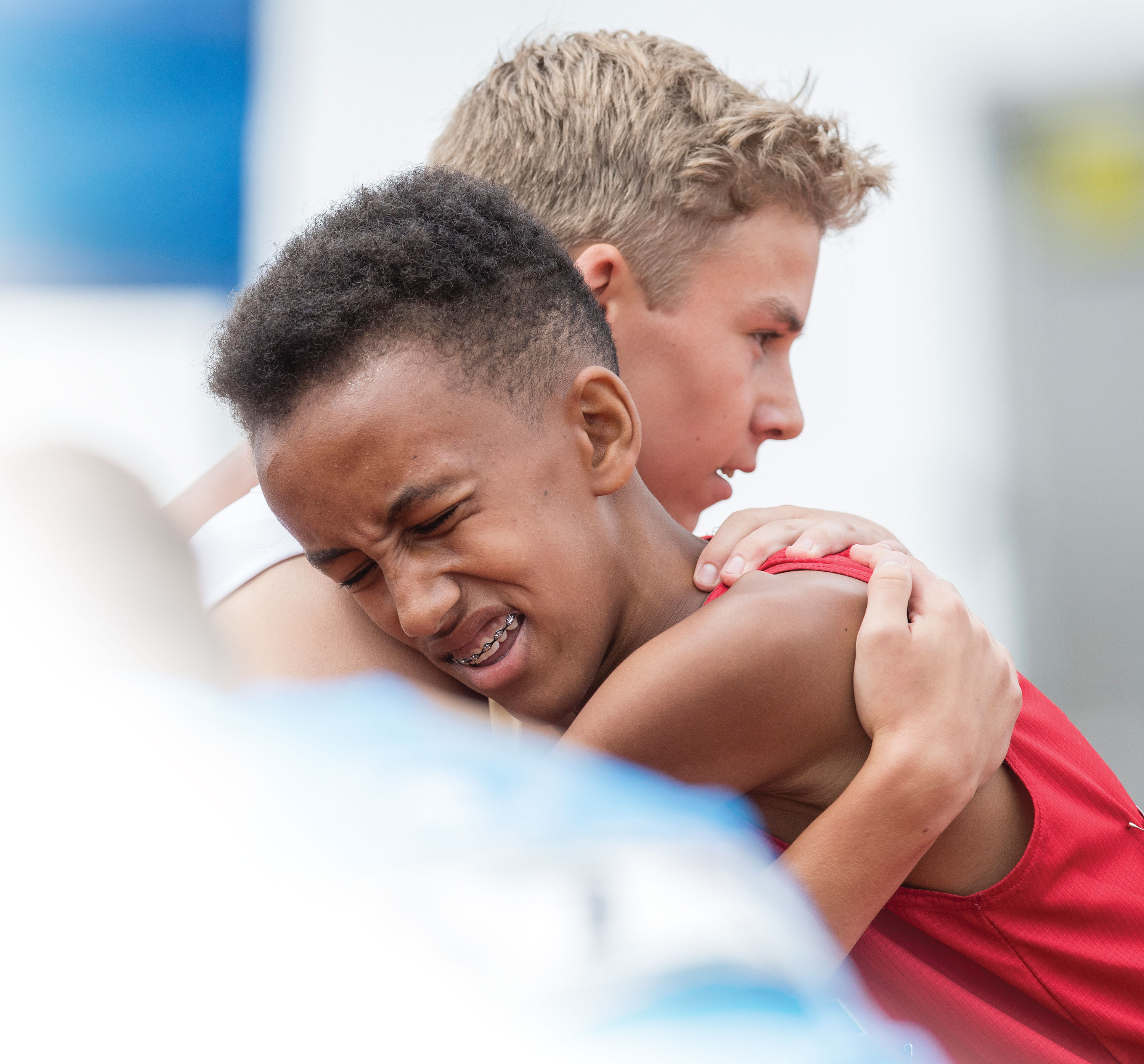 Jonathan Podbielski of Regina’s Excel Athletika (in white shirt) embraces Abraham Makaby of Riversdale Athletics in Saskatoon after he passed Makaby in the last 20 metres to win their heat in the men’s under-16 1,200 metres.
Stephen J. thorne

The National Youth Track and Field Championships are the Legion’s biggest single investment each year. The games developed from early programs to encourage the children of men killed in the world wars to get involved in sport.

Held for two successive years in each host city, each annual competition is themed on a moment in Canadian military history. This year commemorated the 75th anniversary of D-Day.

Legion-sponsored participants visit relevant sites on the day after competition ends. This year, they toured Fortress Louisbourg. A closing banquet follows, at which awards are presented and speeches given.

“How do you properly thank the Legion?” asked former cross-country runner Leanna MacLean, the banquet’s keynote speaker. “You continue to give us one of the best gifts—the freedom to make our dreams come true. 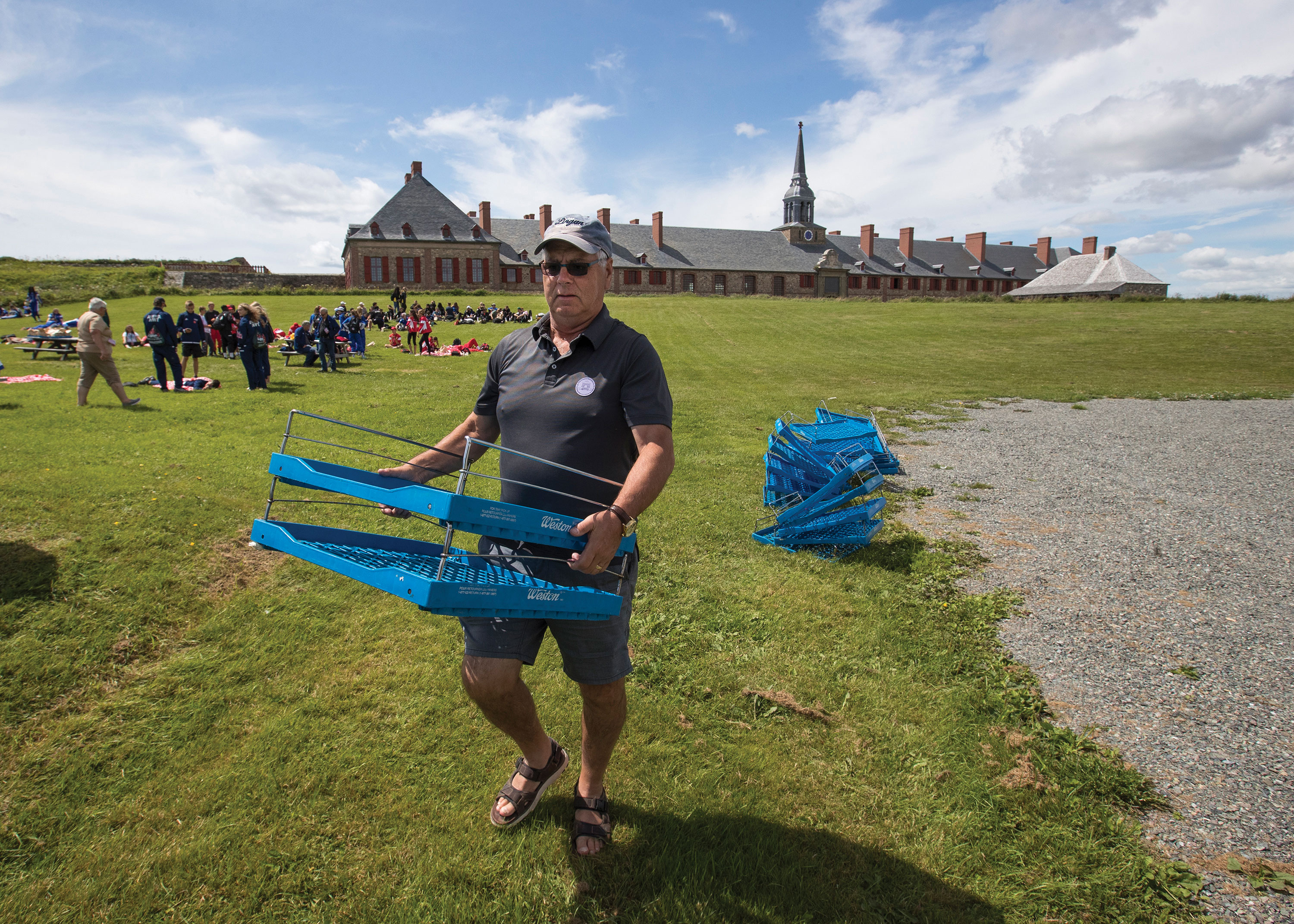 “With this National Youth Track and Field Championships, you have successfully created a platform that inspires young athletes to achieve their dreams in an environment that also fosters building leadership skills, teamwork skills, and the development of a nationwide track-and-field community, the effects of which will last a lifetime.”

Organizer Tom Young said the Sydney games had been in the works for five years after a local coach, Tom Myatt, began exploring the possibility of bringing them to Cape Breton. The region was awarded the competition four years ago.

Planning got off to a slow start until Young came on board in July 2018. He travelled to Brandon to observe the organization and competition.

“It’s only after I saw it that I realized just how big it is,” he said, citing the daunting amount of work the event demands. “Very quickly, even on the first day when I got to the track and saw how many athletes there were, just logistically this is really going to take a lot of time and a lot of people, and a lot of money, to run.”

Young returned and wrote a report, presenting it to local Legion branches. They created a fundraising committee and began the task of convincing people that the event would not only be good for the athletes but also for the region. 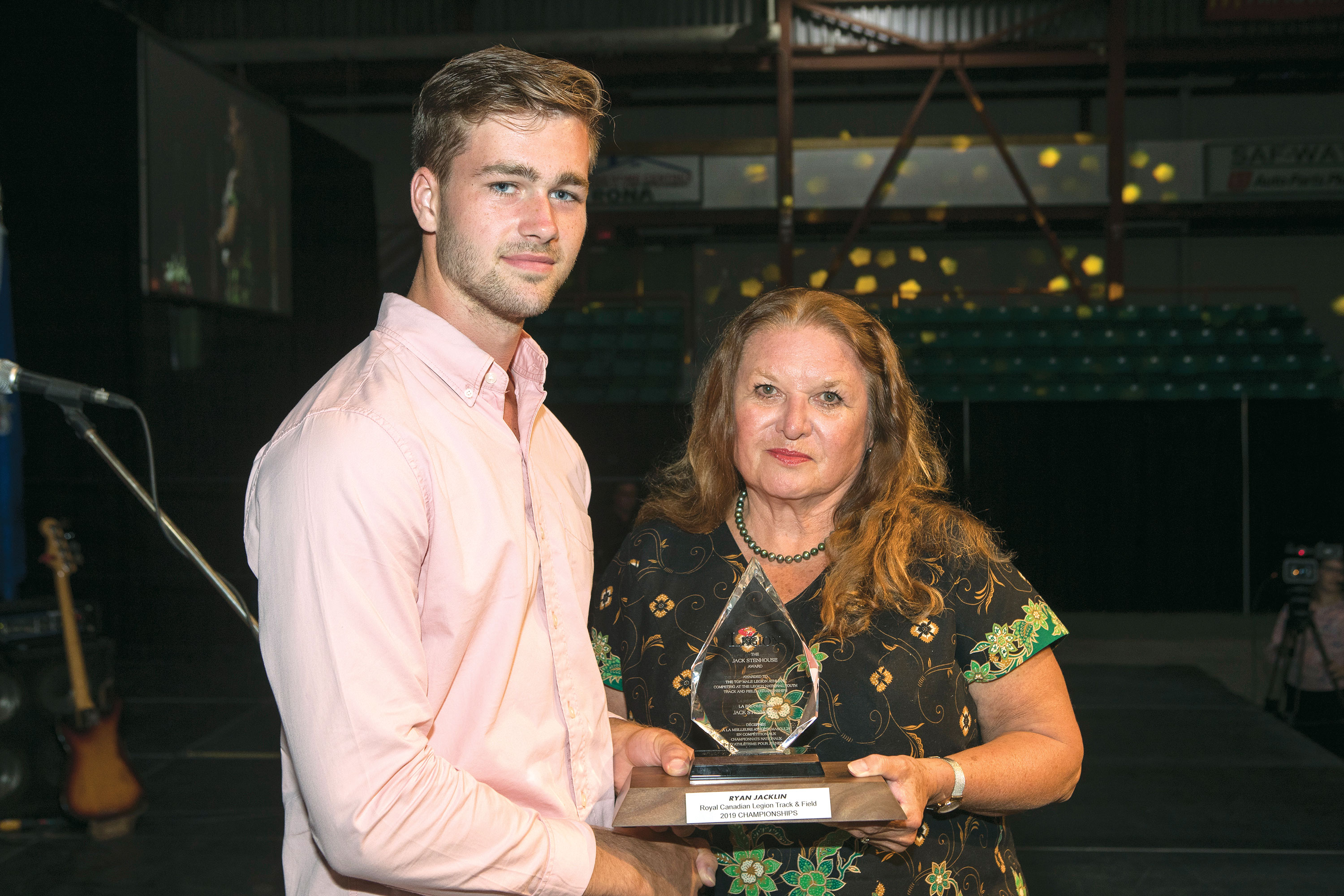 “We begged, borrowed and lassoed…. But when I took it to our local government, the Cape Breton Regional Municipality, we sold them on the idea.”

The organizers asked for $100,000 and got it. They went to the provincial government and received another $100,000. Others stepped forward with cash and other donations, including vehicles loaned from local dealerships.

Cape Breton University President David Dingwall embraced the idea without hesitation, housing the Legion athletes at CBU residences and holding the games at its facility. 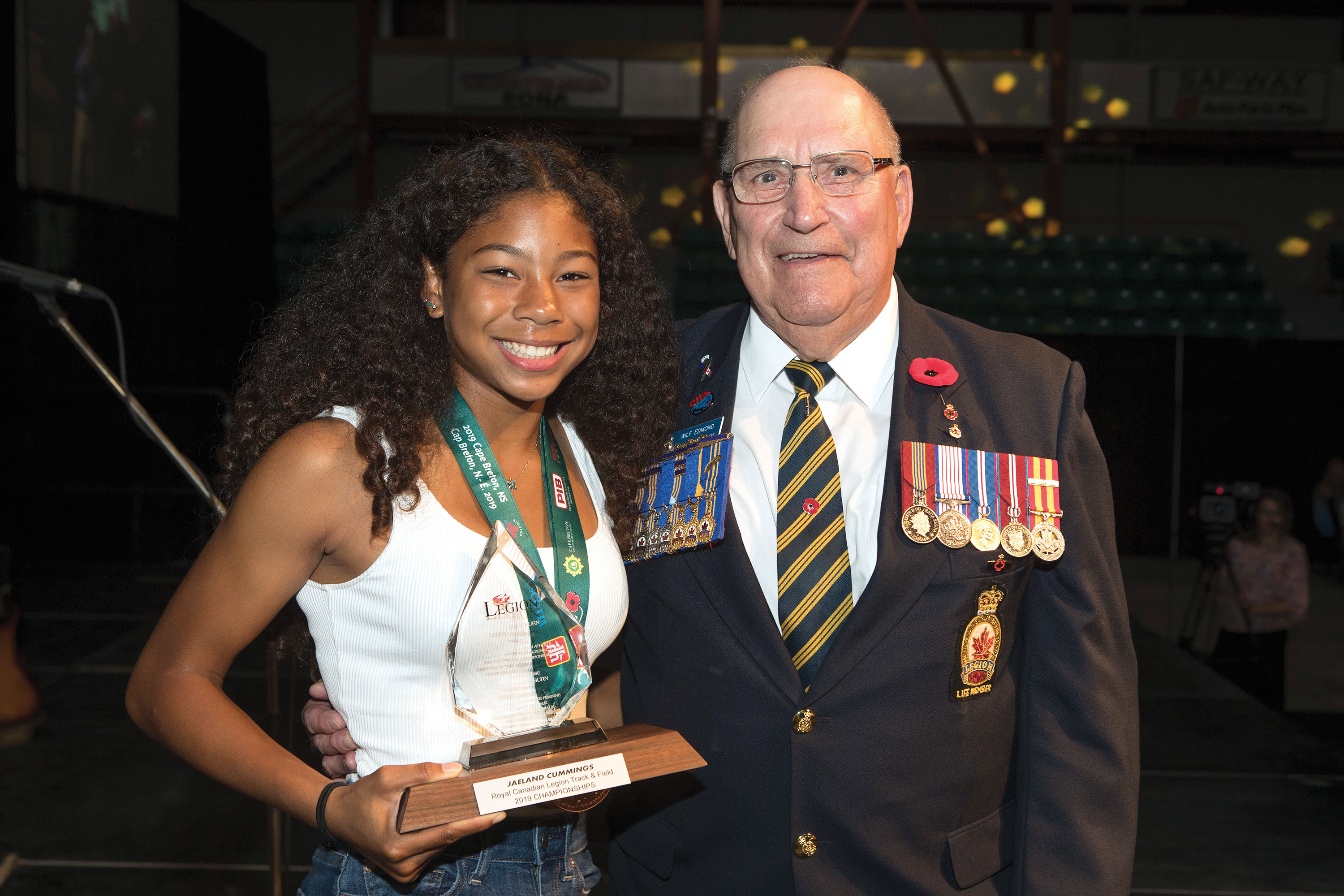 “There’s no way we could have pulled off this event without them,” said Young. “I’ll be forever grateful to Dave and his staff because they came not only with enthusiasm but with expertise.

“We wanted to make sure that this event would be something they will remember for the rest of their lives.”

Dominion Command Sports Committee Chair Brian Weaver told the athletes they should be proud of the way they performed and conducted themselves. “It was gratifying to witness the new friendships and the volunteer work behind the scenes,” he said. 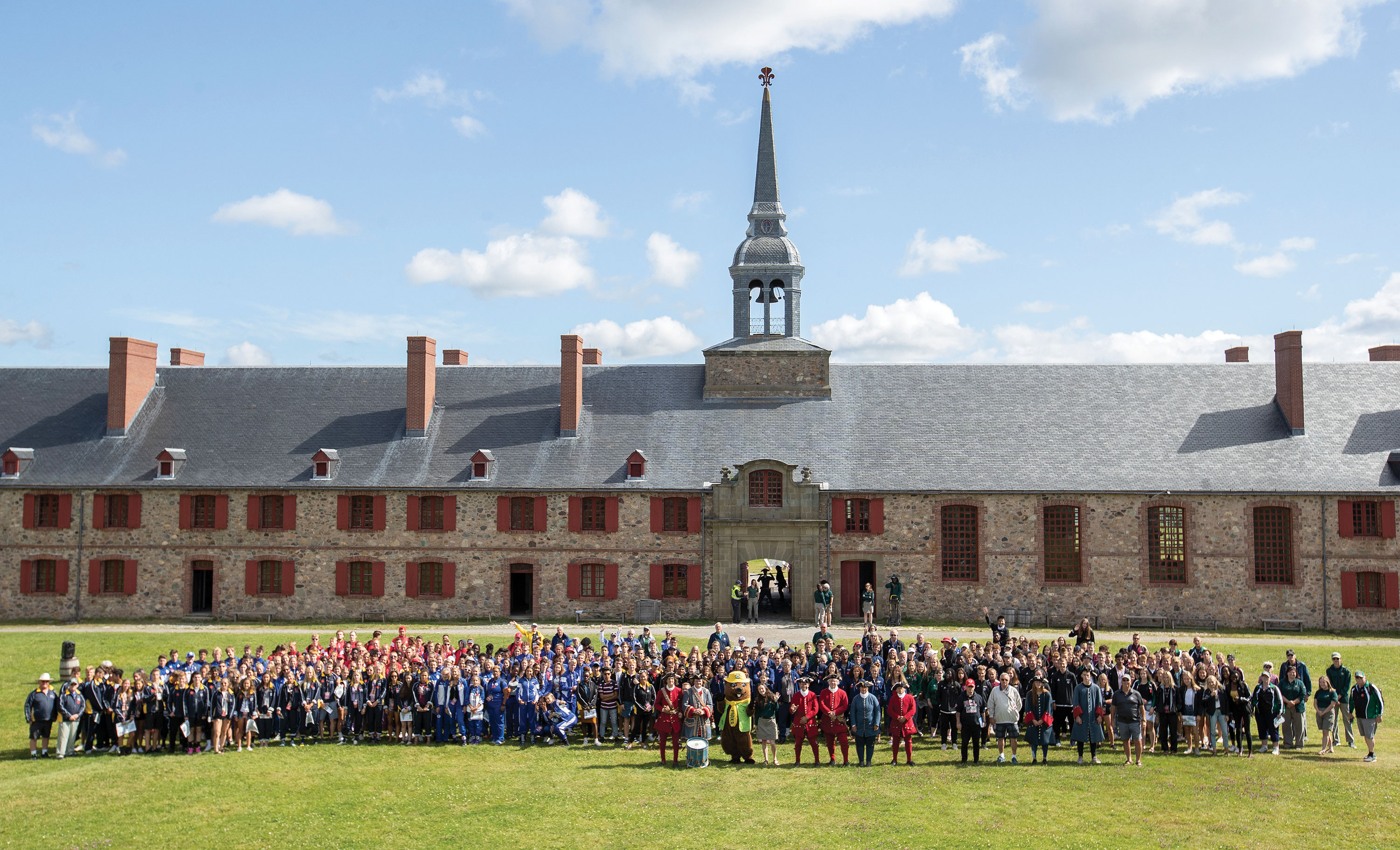 (Click on photo to enlarge) The event involved 721 athletes, 314 of them sponsored by The Royal Canadian Legion.
Stephen J. Thorne