Home » Our Veterans » News » Afghanistan museum to be located in Calgary

Afghanistan museum to be located in Calgary 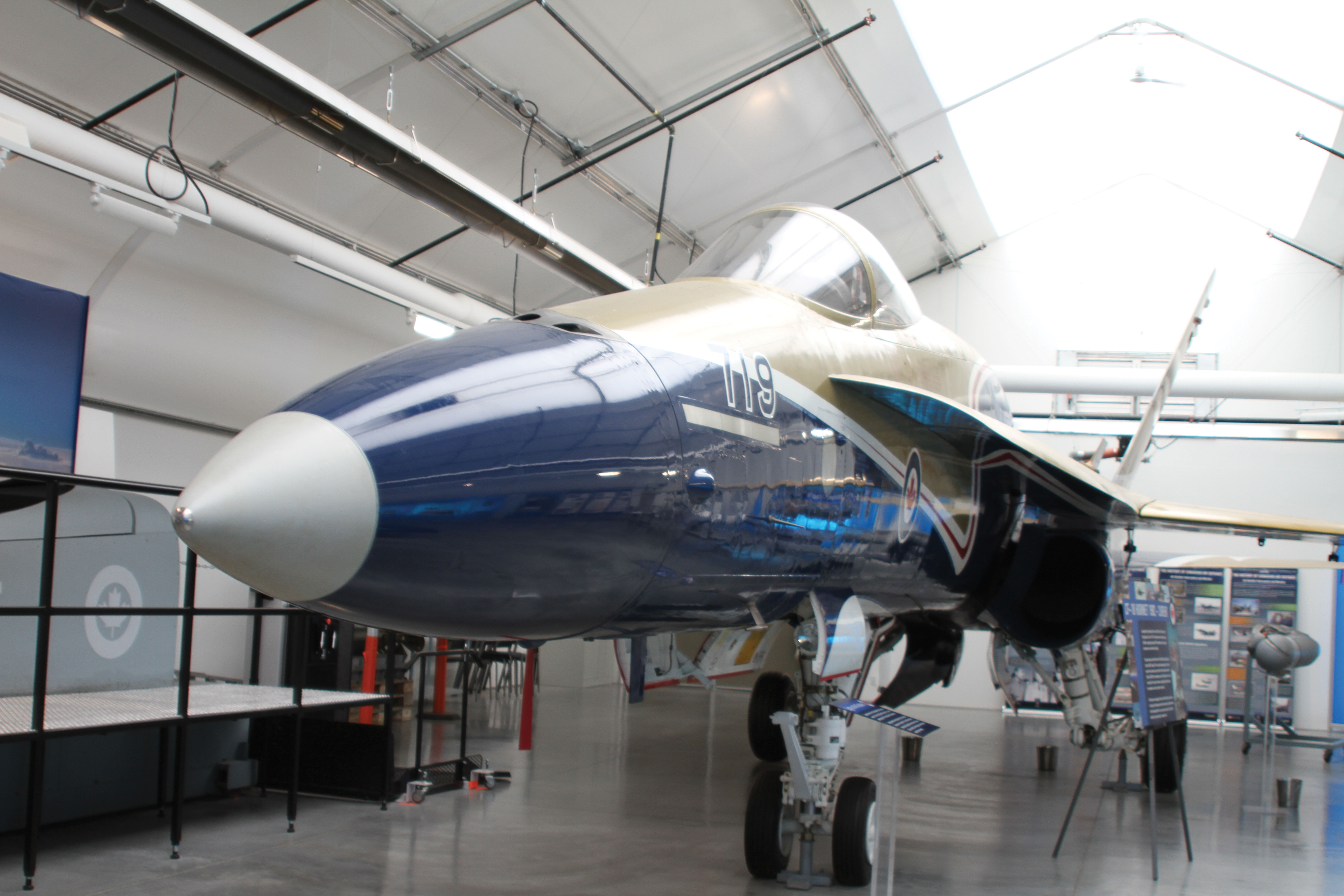 A CF-18 Hornet fighter jet is on display in the Cold War Exhibit of the Air Force Museum of Alberta, part of The Military Museums in Calgary.
Sharon Adams/Legion Magazine

The Military Museums in Calgary—the country’s second largest military museum—is poised to get a lot larger with an expansion including a new museum devoted to the war in Afghanistan.

“We’ve been honoured [to have been chosen] to be the permanent home of the Afghanistan legacy exhibit,” said director Doug Stinson.

“There’s a lot of stuff that came back from our time in Afghanistan that’s sitting in warehouses or travelling,” he said. Those artifacts will serve as the cornerstone of exhibits honouring the more than 40,000 Canadians who served and the 158 soldiers and seven civilians who died in Afghanistan between 2001 and 2014.

But during fundraising and planning for the expansion, which is expected to be about 3,000 square metres and cost about $50 million, it’s business as usual for The Military Museums—plural, because the site houses seven separate accredited museums as well as the University of Calgary Founders’ Gallery and the museums’ library and archives.

After Canadian Forces Base Calgary closed in the late 1990s, the base junior high school was repurposed as the Museum of the Regiments, housing artifacts of Princess Patricia’s Canadian Light Infantry, Lord Strathcona’s Horse Infantry, King’s Own Calgary Regiment and Calgary Highlanders. Soon after, they were joined by the army, naval and air force museums of Alberta.

“The galleries operate as a storefront in a mall,” said Stinson. “They’re independent and tell their own story.” DND provides the building and infrastructure on the five-hectare site.

The volunteer and education programs are supported by The Military Museums Foundation. “Without volunteers, this museum would not be able to run,” said Jennifer Brookman, volunteer and community liaison co-ordinator. As many as 450 volunteers are mustered for Remembrance Day activities, and dozens work in the museums every day.

In 2018, the education programs served nearly 10,000 students in schools and in the museums, as well as seniors’ and special-interest groups. “It’s wonderful because the students get a chance to take advantage of the tri-service museums,” said Kimberley Lewis, director of education. The tours address the whole curriculum, not just social studies. For example, an exhibit about explosive threats gets into the science of simple circuits, knowledge students will use to create solar-charged lights to send to developing countries.

The museums’ wonders begin before you even get through the door.

Among the large collection of military vehicles on the museum grounds sits a Russian T-34 battle tank, the favourite artifact of Captain Phil Webster, curator of the Lord Strathcona’s Horse Regimental Museum. “The story, which I cannot confirm, is that it was one of the first, if not the first, Soviet tanks into Berlin in 1945.”

The museum documents the history of the Strathconas, including the Boer War, the cavalry charge in Moreuil Wood in 1918, the Melfa River crossing in 1944 in Italy, peacekeeping, and Afghanistan.

An installation honours the regiment’s first Victoria Cross, awarded to Sergeant Arthur Herbert Richardson who, under heavy fire during the Boer War, rescued a wounded comrade. Years later, he returned to England where he attended his own funeral—or rather, that of another man named Arthur Richardson, claiming to be the recipient of the Victoria Cross. Stolen valour is not just a modern problem.

In a place of honour in the Calgary Highlanders Regimental Museum and Archives is a photo of Queen Elizabeth wearing a white gold and diamond brooch created especially for her by the regiment, of which she is colonel-in-chief. “It is my favourite picture,” said curator Major Kent Griffiths.

The Highlanders perpetuate the 10th Battalion of the Canadian Expeditionary Force, which bore the brunt of the first poison gas attack, yet still managed to push the Germans back. A special oak leaf shoulder badge was struck in recognition of their gallantry, and is worn today by Calgary Highlanders and Canadian Scottish Regiment (Princess Mary’s).

The regiment fought in the Netherlands, including the cold and vicious fighting at the Walcheren causeway during the Battle of the Scheldt, served as peacekeepers in the former Yugoslavia, and deployed to Afghanistan, “where the unit was given a commendation for providing more soldiers than any other reserve unit,” said Griffiths.

Rory Cory, curator of The Army Museum of Alberta, likes artifacts that come with stories, such as the belt buckle claimed as a war trophy by a Canadian soldier in no man’s land during the First World War. He wore it the next time he went over the top, but the shiny buckle gave the Germans something to aim at. He was shot, but the buckle deflected the bullet that would have killed him.

One rare artifact is the Alberta Women’s Service Corps uniform worn in the Second World War by Kay McCallum, who later served with the Canadian Women’s Army Corps. There are also exhibits about the role of medics and chaplains.

Exhibits begin with a discussion of the importance to the peaceful settlement of Western Canada of the paramilitary North West Mounted Police and the signing of seven treaties with First Nations.

Many exhibits touch on the stories of First Nations and Métis veterans, including First World War veteran Mike Mountain Horse, whose war experiences are captured in pictograms on a traditional cowhide warrior’s story robe, and Métis veteran Lloyd Hamilton’s artifacts from the Korean War.

The Air Force Museum of Alberta traces the history of the Royal Canadian Air Force from the First World War. It is home to four RCAF Cold War aircraft and an exhibit that documents Canada’s contributions to defence of North America.

“There are 11 different air force museums across the country,” said volunteer Stuart Craig, “but this is the first, as far as I know, devoted to the Cold War.” The exhibit showcases a CF-5 Freedom Fighter, CF-104 Starfighter, CF-18 Hornet and an F-86 Sabre called Black Cat because it was targeted by nine missiles—not one of which hit.

The Founders’ Gallery provides a counterpoint to the collections of military artifacts. The gallery is within The Military Museums but it is actually a remote location of the University of Calgary. It hosts three or four modern and contemporary art exhibitions a year.

“The Founders’ Gallery is unique in Canada and maybe internationally,” said curatorial co-ordinator Katherine Ylitalo. “The art is a magnet that brings people in to discuss issues. They come with a different attitude, [and are] very open to having conversations about things that really matter.”

Currently on display is a Cold War exhibit, Daughters of Uranium by Mary Kavanagh, which explores the legacy of the atomic age.

The Military Museums are open every day except Christmas Day, Boxing Day and New Year’s Day. Admission is free to veterans and serving military personnel.