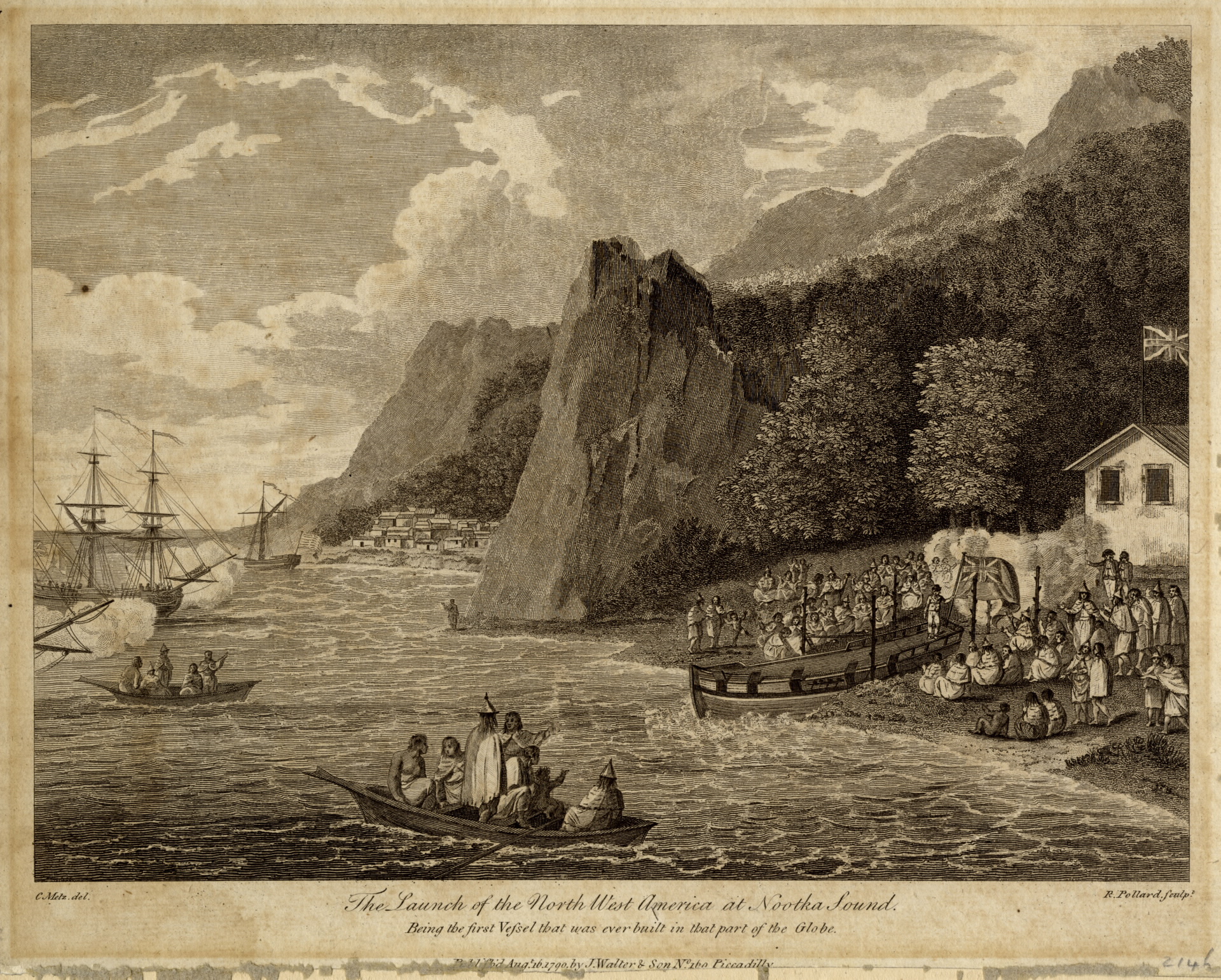 Mawachaht people in canoes greet an incoming ship from Europe in Nootka Sound in what is now British Columbia.
Toronto Public Library
Spain and Great Britain once nearly went to war over what is now a part of Canada.

The Spanish were the first Europeans to explore and claim the Pacific Northwest. In 1493, Pope Alexander VI granted Spain a claim to any lands they discovered west of the Azores not already held by a Christian prince.

The Spanish took a liberal interpretation of the papal bull as they explored South and North America, naming geographical features after Spanish explorers, sailors and nobles. In 1775, they reached what is now British Columbia, which explains why its many islands, bays and straits have Spanish names.

In 1778, a British expedition searching for the Northwest Passage landed about 100 kilometres north of Tofino, on the west coast of Vancouver Island.

Captain James Cook’s ships were welcomed by the Mawachaht people, who approached them in canoes and shouted instructions to go around the sound to avoid grounding.

The words sounded to him like Nootka, which he named the sound.

Cook’s crew stayed awhile, preserving in their journals charts, drawings, paintings and details of their trade for furs, which fetched high prices in China. Those journals were published when they returned to England, kicking off a fur trade war with the Spanish.

The Spanish built a fort at Nootka Sound in 1789, hoping to establish their sovereignty, but that didn’t stop the British fur traders. After Spain captured four British trading vessels, Britain asked for compensation. Spain refused. Both sides looked to their allies for support, but Spain’s major ally was preoccupied with the French Revolution. Britain threatened war; Spain backed down.

On Oct. 28, 1790, Spain and Great Britain signed the Nootka Convention, ending the 200-year Spanish monopoly on trade and settlement in the Pacific Northwest.