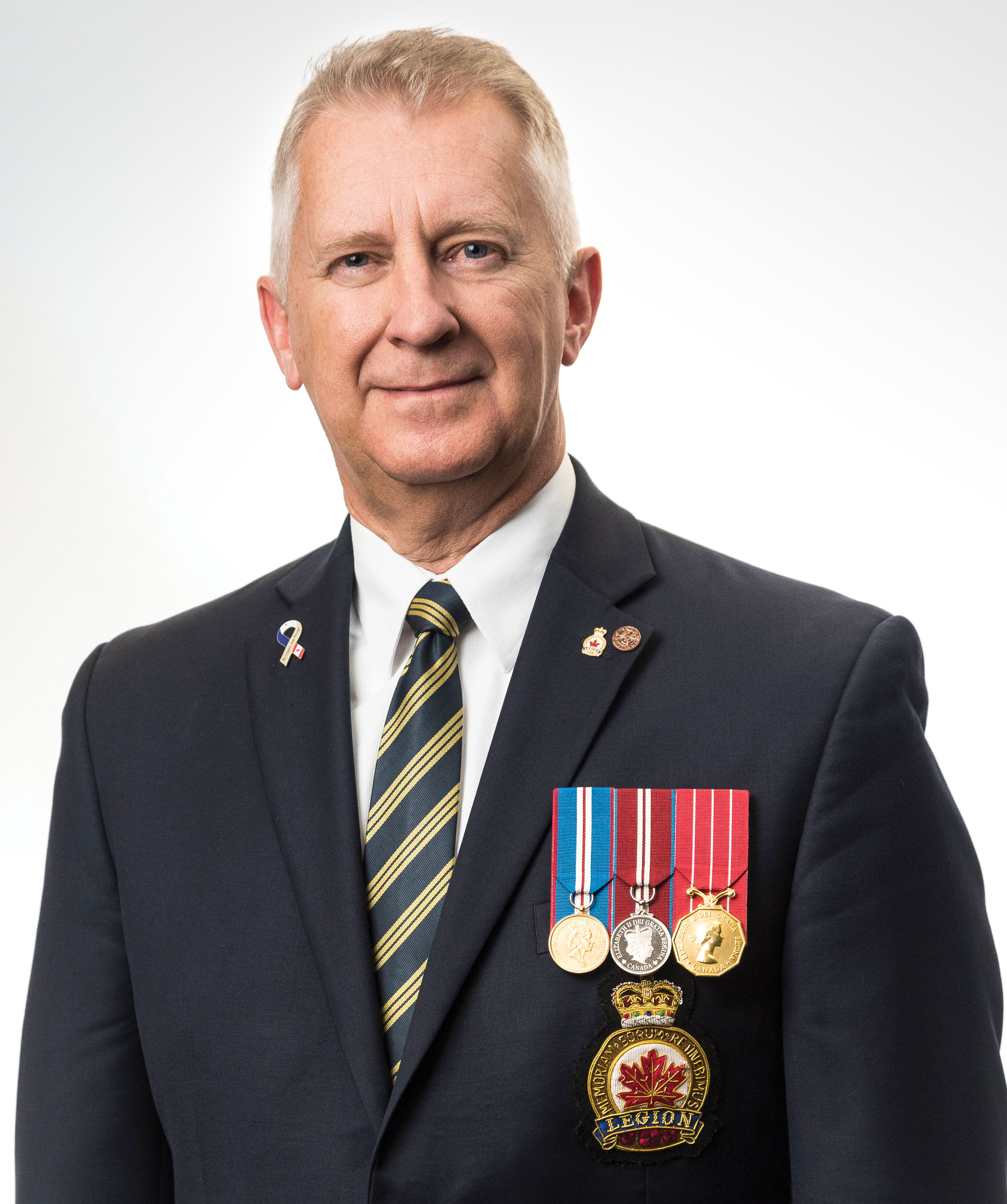 The Legion needs to adapt to new technologies while remaining true to its traditions, says Steven Clark, the new national executive director of The Royal Canadian Legion.

Clark, the former director of Corporate Services at National Headquarters, took up the position May 16, following the retirement of Brad White.

“The two areas I most want to focus on are communications and innovation,” said Clark.

Social media is developing new ways in which the Legion can communicate with its members. “We have to get information about what we are doing out to the public in order to attract new members,” he said.

He also wants to enhance Legion systems to make them more efficient.

“You have the ability to renew your membership online. For some people, that is the way they do business. We still have the old system where people go into their branch and renew that way. That will never change,” he said. “We will work in whatever way our members are comfortable.”

Clark said that while he believes in tradition, it is important to pay attention to new opportunities. “We will look at ways of doing things more efficiently which result in a saving on the financial side,” he said.

“I had looked at teaching as a career,” he said. “But I always had an interest in theatre. Graduating from university, he went into theatre management at Theatre New Brunswick, one of Canada’s most respected touring theatre companies.

After four years, a new opportunity arose with the air cadet organization. “My family had strong connections with the military, so when I had a chance to work with the cadet organization, I took it,” he said. Clark went to CFB Greenwood in Nova Scotia as the chief training officer for the Air Cadet Summer Training Centre. In 1988, he moved to Halifax, as a Class C reservist, where he oversaw cadet activities in Nova Scotia and Prince Edward Island.

In 1991, he came to National Defence Headquarters in Ottawa to be the staff officer for air cadets, followed by 15 years with the Air Cadet League national headquarters where he served as chief administration officer.

“I had been with the cadet organization for 18 years and thought it was time to move on,” he said. In 2005, Clark came to Legion House as an administration officer. “With the Legion’s close association with cadet organizations, I knew I would be able to keep in touch with the air cadets.”

As an administration officer, Clark was secretary to the Poppy and Remembrance Committee, running the annual poster and literary contests and overseeing the Pilgrimage of Remembrance. He was the staff officer in charge of 2005, 2007 and 2015 pilgrimages.

He was instrumental in developing the virtual poppy drop, a video image of falling poppies, which is screened on the walls of the Centre Block in Ottawa in the evenings during the Remembrance period.

“The Legion is well known for its poppy campaign but there was no single event which stated what that was about. It was important to have something there at the seat of government,” he said. “It took about three years of planning and negotiating to make that happen.”

He also developed the Virtual Wall of Honour, which screens photos of more than 2,000 Canadian veterans. “It is always important that we remember who we are remembering,” he said.

Recently, he has worked on a video on the Two Minutes of Silence, which can be used as tool in schools.

He also worked on the Defence Committee and the Constitution and Laws Committee. When Brad White became dominion secretary in 2009, Clark was promoted to director of administration. The position was renamed director of corporate services in 2018.

Clark and his wife Donna live in Kanata where they enjoy travelling, cycling and hiking. Their daughter, Abbey, works at the Ottawa Public Library.

“Our job is to implement the direction given to us through the resolution process at dominion conventions,” he said. “We want to evolve the organization in a way that our members expect.”