Home » Our Veterans » News » Effects of mefloquine use still questioned

Effects of mefloquine use still questioned 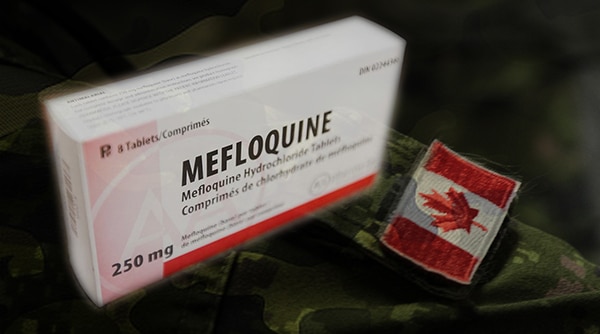 A report from the House of Commons Standing Committee on Veterans Affairs (ACVA) shows a division among members of Parliament in how to approach addressing the problems of veterans who may be suffering long-term effects of exposure to the anti-malaria drug mefloquine.

While the majority of the committee back the cautious approach in the report, the Conservative Party of Canada and the New Democratic Party MPs on the committee filed reports containing dissenting opinions.

In 1992-93, Canadian Armed Forces members were instructed to take mefloquine to protect against malaria while they were deployed to Somalia, before Health Canada approved it for sale, ostensibly as part of a clinical trial. But the soldiers were not asked for informed consent nor were their adverse reactions monitored, recorded and reported as required for clinical trials (“Cure or curse,” September/October 2017).

Veterans say they were not told to stop taking the drug if they experienced side-effects, which can include digestive problems and dizziness as well as neuro-psychiatric effects including nightmares, anxiety, depression, insomnia—and rare, but severe, effects including hallucinations and suicidal and homicidal thoughts.

Because the clinical data was not collected, Health Canada never heard how many soldiers experienced these reactions. The drug was licensed in Canada in 1993 and the CAF eventually gave it to about 18,000 personnel, including 900 Canadian Airborne troops sent to Somalia in 1993-94.

The drug is one of the few effective against malaria. It continued to be prescribed for years by the CAF, as well as militaries of other countries, including the United States, Britain and Australia, where disturbing incidents were also reported.

In 2016, Health Canada added mental-health risks to the mefloquine warning label. The Royal Canadian Legion urged the federal government to research mefloquine and stop its use during the investigation. In 2017, the CAF surgeon-general recommended it not be used as a first option for malaria prevention.

Meanwhile, veterans and their families asked the government to do something about health effects they believed were due to mefloquine. Some have launched individual lawsuits and class actions, claiming that they were given the drug but were not screened for pre-existing conditions that would rule out its use.

In 2018, ACVA reviewed the latest research and what other countries are doing to address the problem. Limiting its scope to “recognized medical, scientific and research experts,” it called a dozen expert witnesses, but no veterans, to give evidence.

Its report, Effects of Mefloquine Use Among Canadian Veterans, concluded that “the current state of research does not establish a conclusive link” between permanent neuropsychiatric effects and mefloquine use. It recommended waiting for results of a U.S. study due in 2020, examining whether mefloquine causes long-term neuropsychiatric effects. If that study finds it does, then military personnel and veterans who have taken the drug should be screened to identify those with long-term effects. The report also recommended VAC and DND recognize that short-term side- effects could have led to permanent disabilities in some veterans.

Canada should not base its recognition of long-term effects on a single U.S. study “when other studies are already available,” said the NDP report. It pointed to a 2014 European Medicines Agency report that said, “There is enough evidence…supporting a causal relationship between mefloquine and the occurrence of long-lasting and even persistent neuropsychiatric side-effects.”

The NDP also calls for a study to determine the best possible treatments for managing or curing long-term effects of mefloquine exposure.

Both dissenting parties agree that military personnel and veterans who have taken mefloquine should be screened for and informed about long-term health problems.

“This is the ultimate example of a catch-22,” said the Conservative members’ report. “The government is saying we gave you pills that made you sick, but since we don’t have a definition of the disease we gave you, we can’t help you!” Diagnostic criteria may not exist, “but this is not the same as the condition not existing.”