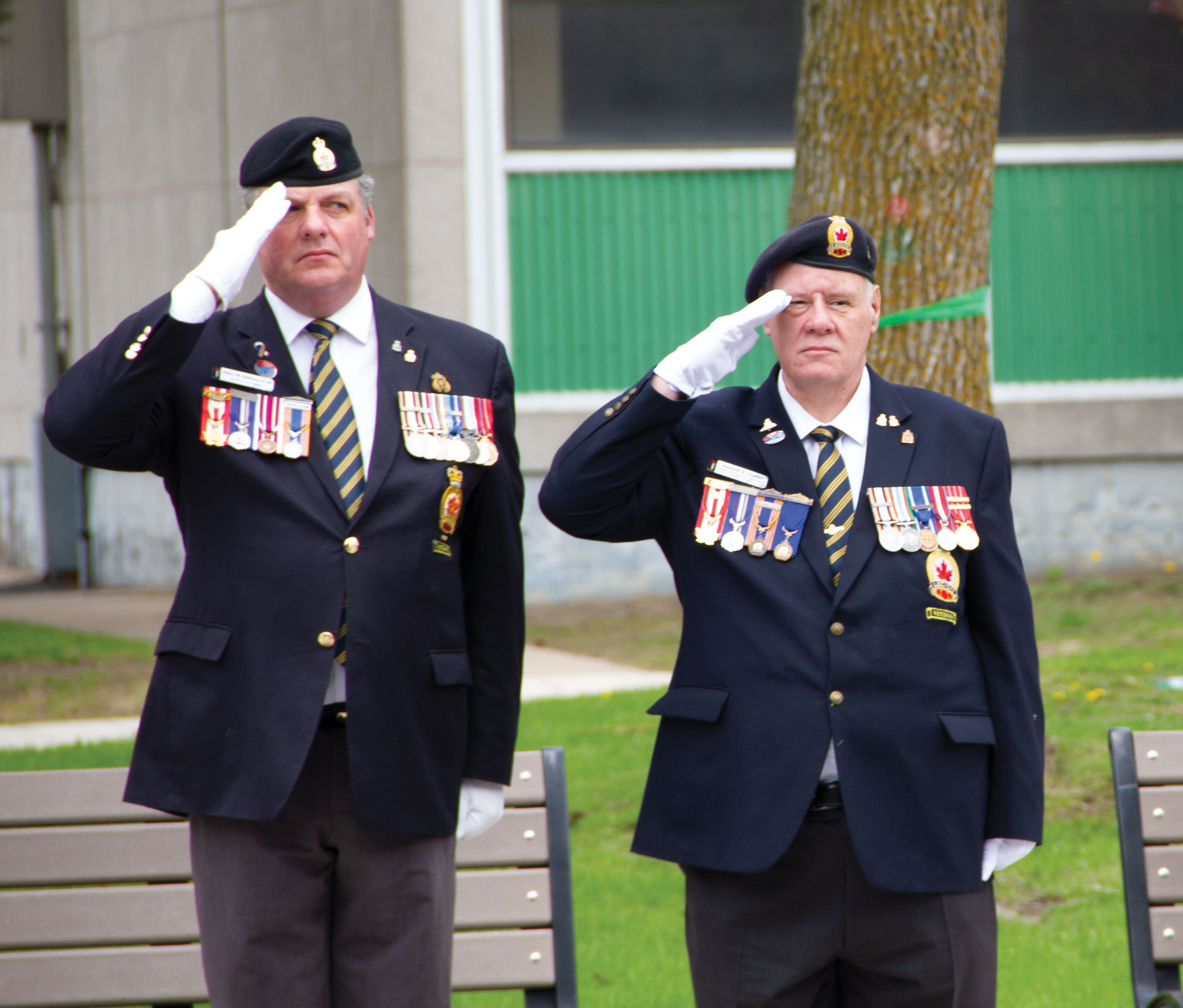 With severe flooding in Gatineau and Montreal this spring, delegates to the 58th Quebec Command Convention adopted a late resolution allowing for prompt use of poppy funds for relief of natural disasters declared by the federal or a provincial government.

The resolution recognizes that rather than debating in a legislature, governments these days are more likely to declare a state of emergency for a particular area by issuing an order-in-council.

The resolution was passed at a Provincial Executive Council meeting the day before the May 17-19 convention began in the Cynthia-Coull Arena beside Greenfield Park Branch on Montreal’s South Shore.

The resolution adds the wording, “[The declaration] can take the form of a formal declaration in the House of the respective parliament and/or issued by a ministerial decree of the sitting government.”

Once a state of emergency is called for a disaster such as a flood, tornado or ice storm, a branch can spend up to 50 per cent of its available poppy funds on relief.

An estimated 10,000 people in the province were temporarily forced out of their homes and, in some areas, the army was called in to help fight the floods.

“This was passed so that we can respond more quickly,” explained Resolutions Committee Chair Mike Fitzgerald. “If you have a natural disaster in your area, call Quebec Command and we will make a decision very quickly.”

The resolution will still have to be passed at the 2020 dominion convention to be ratified.

Afterward a parade formed up outside the branch for a short march to the cenotaph in front of the Longueuil city hall. The dates of the Afghanistan war had just recently been added to the cenotaph. 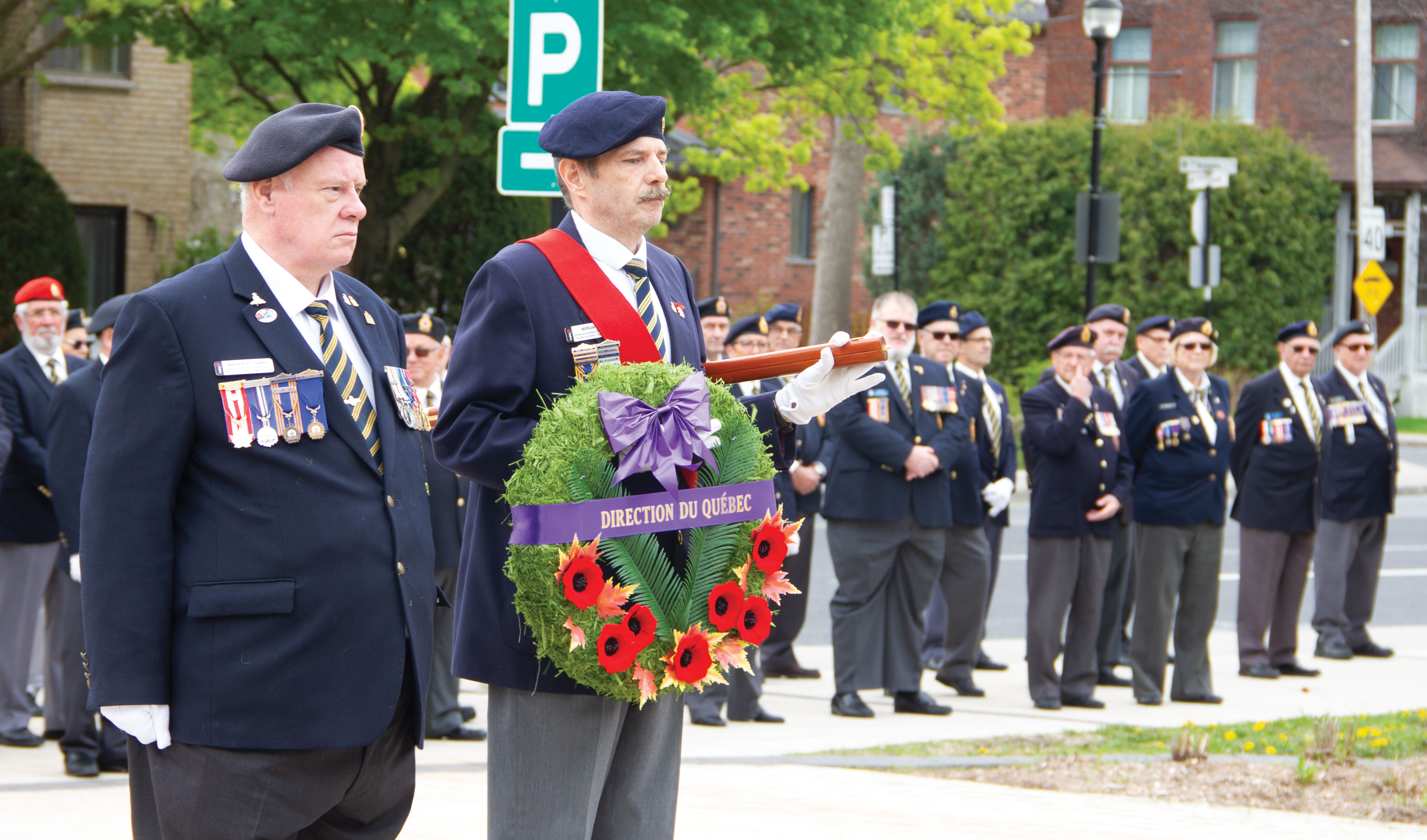 Back at the arena, the 112 delegates settled in for business.

One of the first speakers was newly appointed Veterans Ombudsman Craig Dalton.

“Our first priority is to help individual veterans and their families. We advocate for them in order to get the outcome they deserve,” he said. “Our second priority is to make recommendations about Veterans Affairs Canada and its policies or operations. Over the next couple of years, we will be examining VAC’s health-care regulations.”

Dalton said that a third priority is to research benefits for reservists. “We know most of these policies were designed for regular force members, but we want to make sure they are helping reservists as well,” he said.

In his president’s report, Ouellet said that his committee continues its monthly visits to Ste. Anne’s Hospital in Ste-Anne-de-Bellevue, where there are now fewer than 140 residents, down from 210 when he was elected president in 2017. “Since its transfer to the Quebec health ministry, the hospital has continued to close beds and wards that used to be reserved for veterans.

A class action suit has been launched, charging that the quality of service has declined since the hospital was transferred to the province in 2016.

Command Service Officer Jerome Gagnon reported that the command had 400 new clients since the 2017 convention and that 292 claims had been sent to VAC. In more than 200 decisions, VAC had awarded more that $8 million to command clients.

Executive Director Paulette Cook gave a report on the Royal Commonwealth Ex-Services League and the work The Royal Canadian Legion does on its behalf to help impoverished veterans in the Caribbean. Delegates dug into their pockets and raised $2,180 for the RCEL.

Membership Chairman Christopher Wheatley said that the command had 11,533 members in 2018, down 663 members from the previous year. “Remember that membership is the lifeblood of the Legion and without it, the Legion will not survive,” he said.

Parkhouse brought greetings from Dominion Command and spoke of the Legion’s strategic plan that was approved at the 2018 dominion convention. “The new strategic plan is a plan which will transform the Legion into a modern organization while staying true to our roots,” he said.

He said improving membership is top priority. “The branches are the face of the Legion. It is important that people feel welcome on their first visit to a branch.”

Delegates passed five resolutions, including one that would change the phrase ‘membre ordinaire’ to ‘membre régulier’ in French which was deemed to be a more accurate translation of ‘ordinary member’ in English.

Another resolution called for Legion Magazine to be distributed to all members in its entirety in both English and French, including advertisements.

A standing vote was required to pass a resolution which changes the poppy regulations so that a branch’s poppy trust fund would be reduced to an amount not exceeding $40,000 by Sept. 30 each year. Funds exceeding the limit are to be sent to Quebec Command in trust to be disbursed according to poppy manual guidelines.

Past President Norman Shelton explained that the command’s finances were undergoing a full audit after a computer virus had attacked the system. Proper figures will be sent to the branches once the audit is complete.

Parkhouse also acted as elections chair for wide-open elections as First Vice William Howe, Treasurer Madonna Boch and Vice-Presidents Mike Fitzgerald and Larry Tremblay had declared their intentions to step down from office.

Ouellet, a member of Alphonse Desjardins Branch in Lacolle, was re-elected for another term as president.

Sylvain Hamel of Cowansville Branch defeated Roger Hetu of Richelieu Branch in St-Jean-sur-Richelieu for first vice. Hetu was not at the convention but had sent a letter stating that he would stand for office. 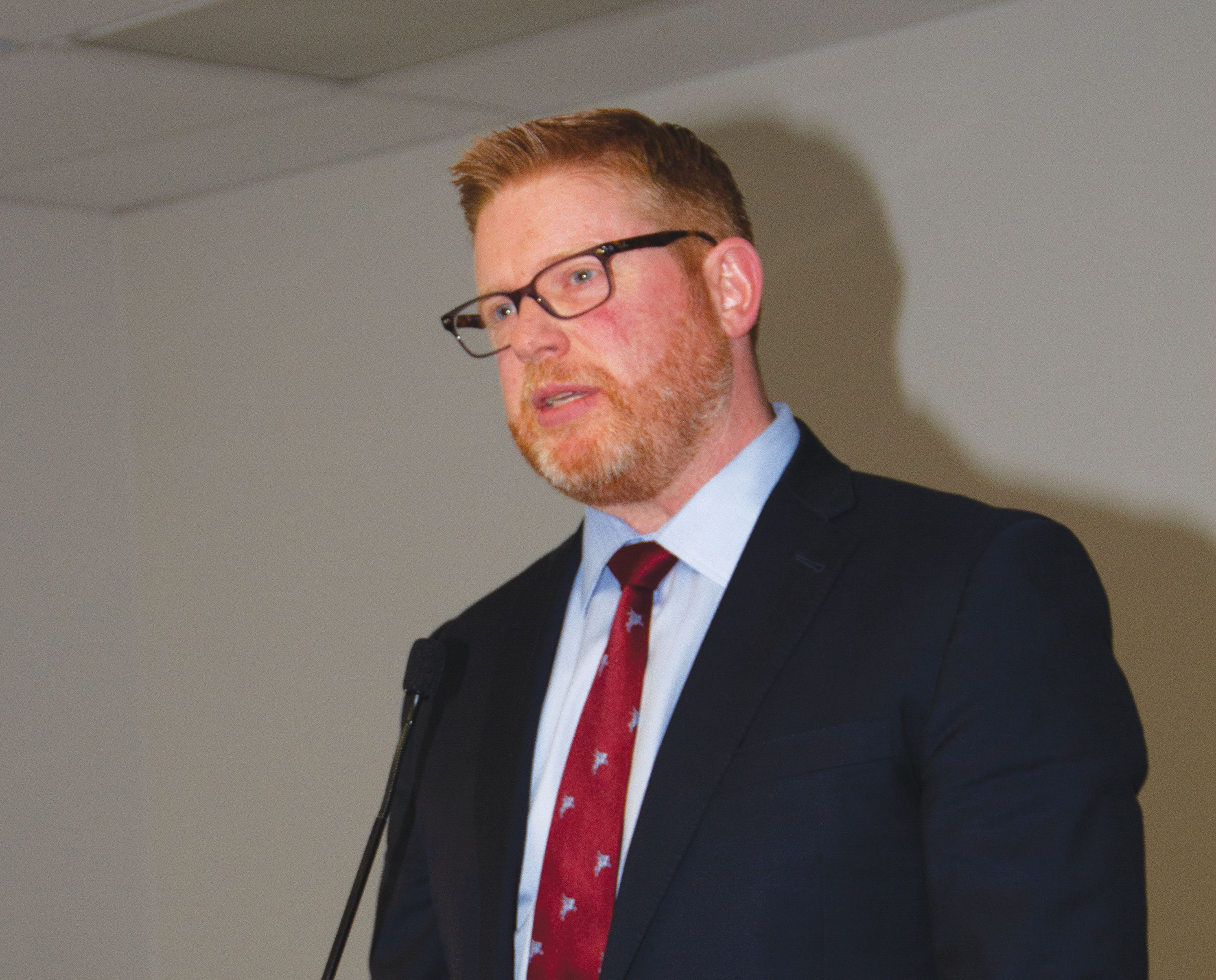 Pelletier and Routledge were elected on the first ballot and Lord on the second ballot.

Christopher Wheatley of Chomedey Branch in Laval was re-elected as chairman. Shelton of Terrebonne Heights in Mascouche Heights was acclaimed as treasurer.

Ouellet thanked the former members of the executive and all the volunteers who work countless hours, so the Legion can “give our veterans the service they deserve.”