Home » Our Veterans » Editorial » Standards for service dogs are overdue

Standards for service dogs are overdue 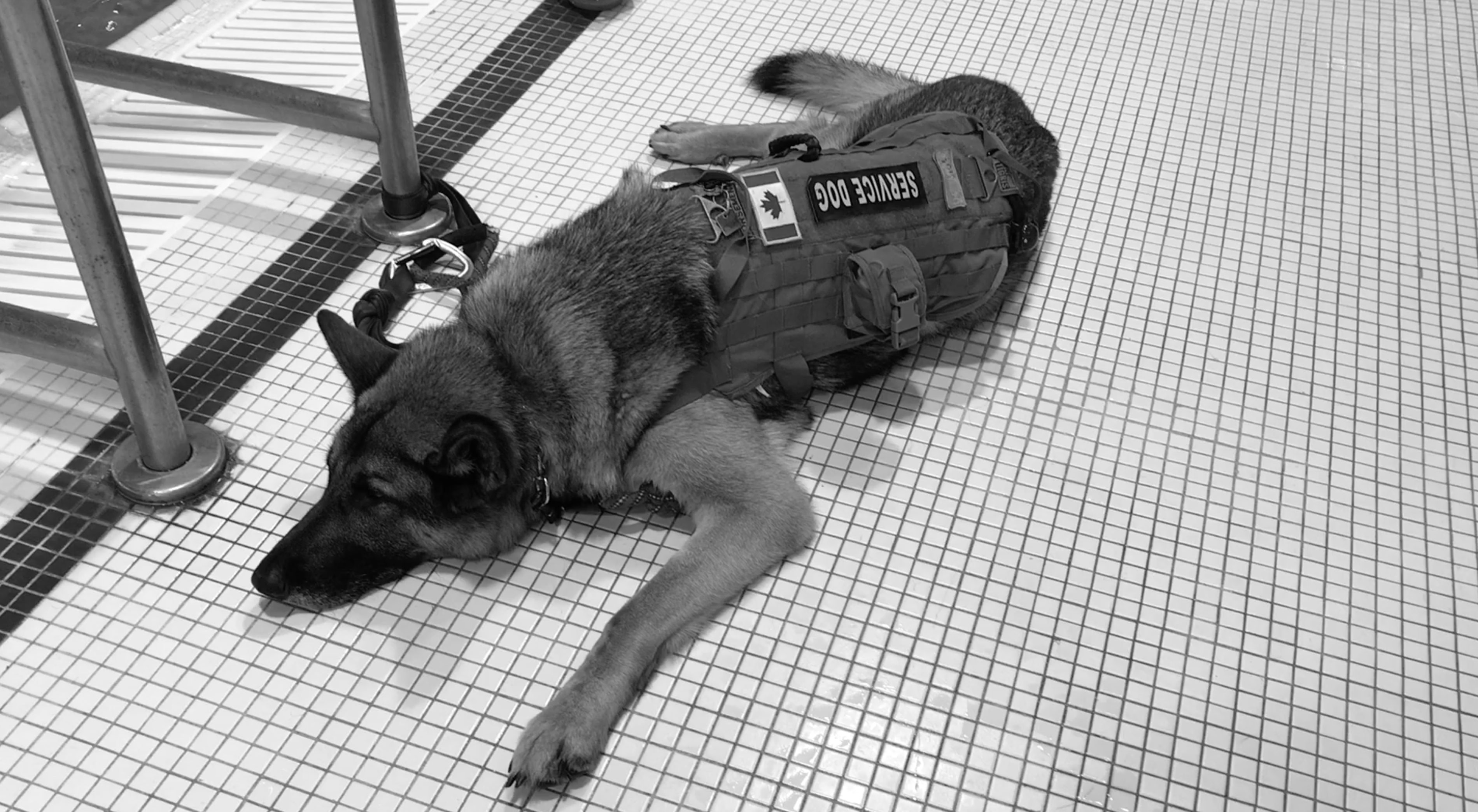 The use of service dogs to help veterans with mental-health issues is stalled with a lack of recognized standards for training both the dogs and the veterans who receive them.

Originally the federal government had approached the Canadian General Standards Board (CGSB)—an arm of Public Services and Procurement Canada—to develop standards for service dogs. After consulting widely with economic, regulatory, procurement, health, safety and environmental experts, the board released draft standards in a 60-page document for further consultation. This generated an estimated 1,000 pages of comments, many of which were negative. As a result, CGSB decided in April 2018 not to proceed further.

Veterans Affairs Canada then suggested standards could be developed by the department. There already was a pilot project in which experts were studying veterans with PTSD during their first 18 months with a trained service dog. At the same time, the study also looked at a group of veterans with PTSD who already had a service dog for two years or longer.

The original group of veterans receiving dogs numbered 31, but that dropped to 18 as some chose not to continue with the program.

The results of the study were released in April with little media attention. The impact on the veterans receiving service dogs were:

• no reduction in medication use

• improved quality of life and more social integrations in the community

• no reduction in reliance on a caregiver

Four out of six findings were positive while there was no change in the amount of medication taken or the veteran’s reliance on a caregiver.

The other group of 10 veterans who had owned service dogs for two or more years found that service dogs acted as socialization agents; contributed to a sense of safety; and detected and intervened when the veteran was anxious, depressed or aggressive. Having a service dog also increased the veteran’s outings to carry on daily activities. All veterans had at least one experience where they were asked to leave a place because of the dog and all felt the public needs to be better educated on the use of service dogs.

Certainly, these findings represent a positive first step. Admittedly, the sample groups were small but that is no reason why VAC should not proceed with the development of the promised standards.

The government can say it has taken some action. In the 2018 federal budget, Canada Revenue Agency’s Medical Expense Credit was changed to allow those with a mental-health condition to claim some expenses for keeping a trained service animal.

This is not enough. The Royal Canadian Legion has consistently called for service animals to be trained to a high standard. For the safety of both the veteran and the dog, service dogs should be recommended by a medical professional to a veteran who has the required training and financial resources to receive one.

A study has been done. It is time to move to the next step and develop the standards.