Home » Military History » Face to Face » Should Canada have gone to war in September 1939? 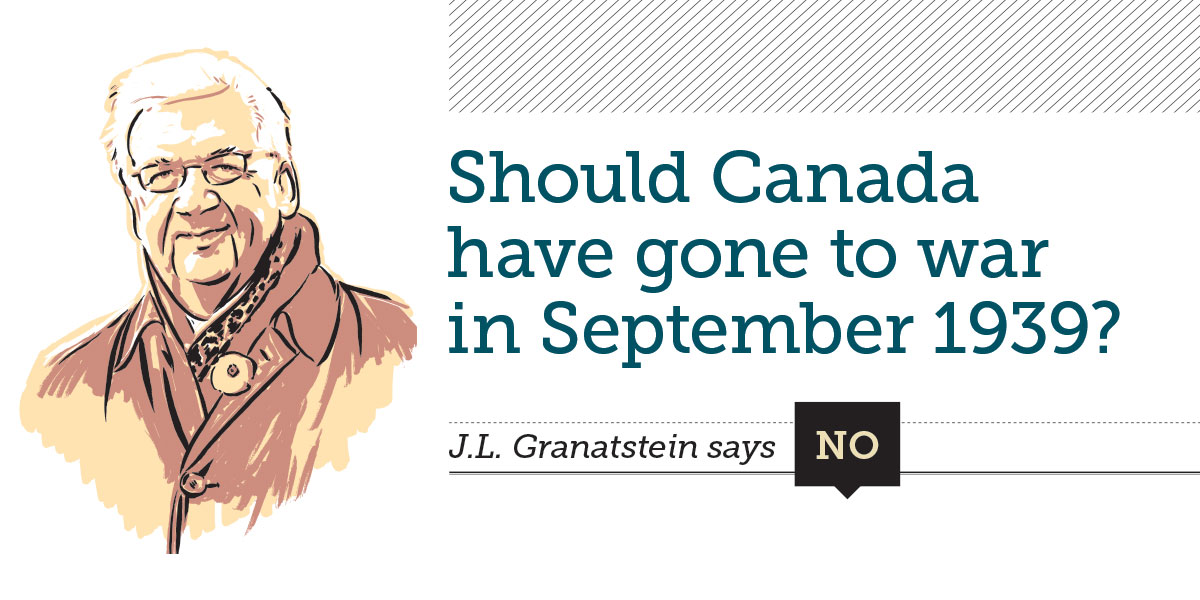 In 1939, Canada was the only independent nation in North America to declare war on Germany. A member of the British Commonwealth, Canada was nonetheless independent in foreign and defence policy and had been so since the Statute of Westminster in 1931. The British colonies in the Caribbean and in South America were not independent, and they went to war automatically as soon as Britain did on Sept. 3. But Canada waited until Sept. 10 to declare war. It should not have done so.

Why? Because Canada’s national interests were not directly threatened by Germany. It was protected by the vast distances of the Atlantic Ocean from any attempts at major landings by German forces; no aircraft yet developed could attack Canada from Europe and there were no missiles that could do so. If such attacks were possible and there was a threat, the United States would have jumped to Canada’s defence. Canadian trade and investment increasingly came from the United States and, as a neutral, Canada’s trade in non-warlike materials with Britain would likely have been uninterrupted by the war, just as U.S. trade would be able to sail the ocean unmolested. In fact, such trade might increase because of the war. 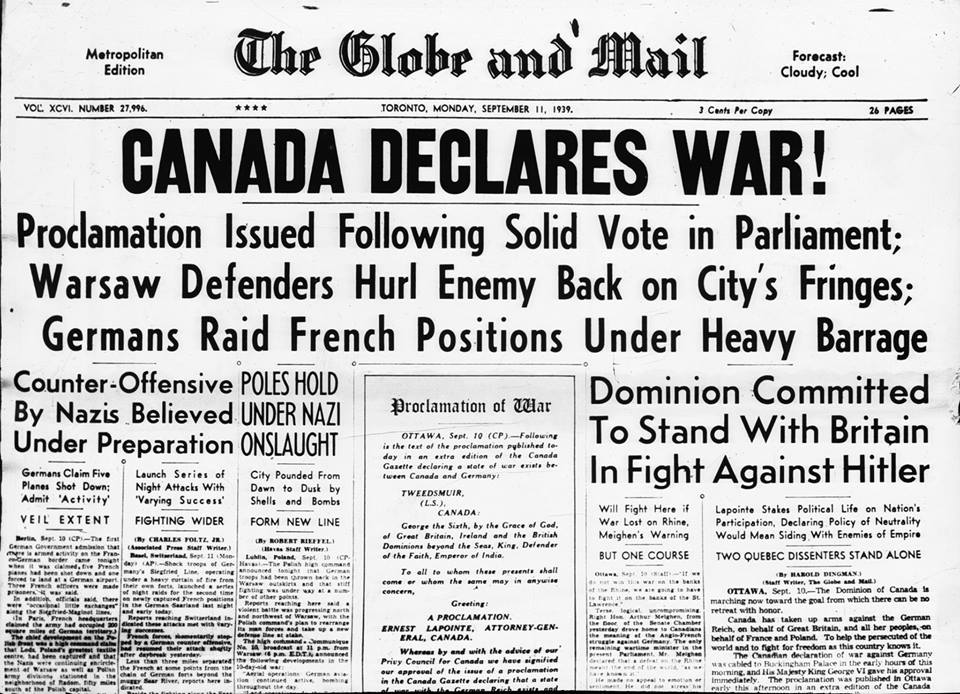 Similarly, there was no threat to the nation’s citizens if Canada did not go to war. The key national interests—protection of our territory, our people and our economy—were safe had Canada remained at peace. 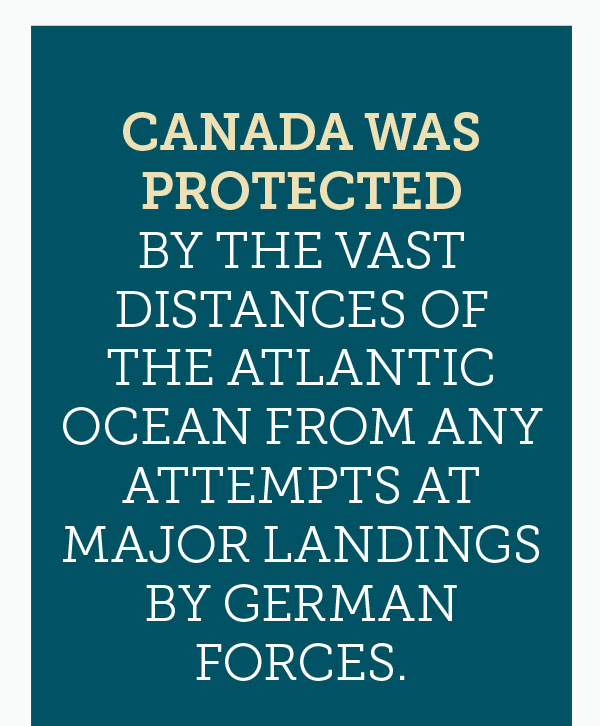 There were other factors. The First World War had been terribly costly in lives and treasure and divisive for Canada. The casualties—66,000 dead and more than 172,000 wounded—had been huge, and the technological improvements in armaments since 1918 held out the prospect of worse to come in another war.

Then there was French Canada, still bruised by conscription and the racist election of 1917 that had pitted French- and English-speaking Canadians against each other. Would it be any different a second time? Why would Canadians risk their fragile national unity in another war caused by faraway events?

On the other hand, there was no doubt that the Nazis in control in Germany were a danger. They broke treaties, swallowed Austria and Czechoslovakia, terrorized their non-Aryan citizens, and on Sept. 1, invaded Poland. The Holocaust and the Nazi efforts to exterminate the Jews of Europe were still in the future, unthinkable to almost everyone in 1939. Hitler was certainly a danger to Europe—but not to Canada. Even Neville Chamberlain, the British prime minister, had hoped to avoid going to war after the panzers crossed the Polish border on Sept. 1. If his cabinet had not revolted, Britain might have abandoned its pledges to the Poles.

So why did Canada go to war, showing its “independence” by waiting one week? The answer was sentiment and a colonial mentality. Independent by statute, Canada went to war for one reason only—because Britain went to war. The colonial mindset of 1914 remained intact in 1939. 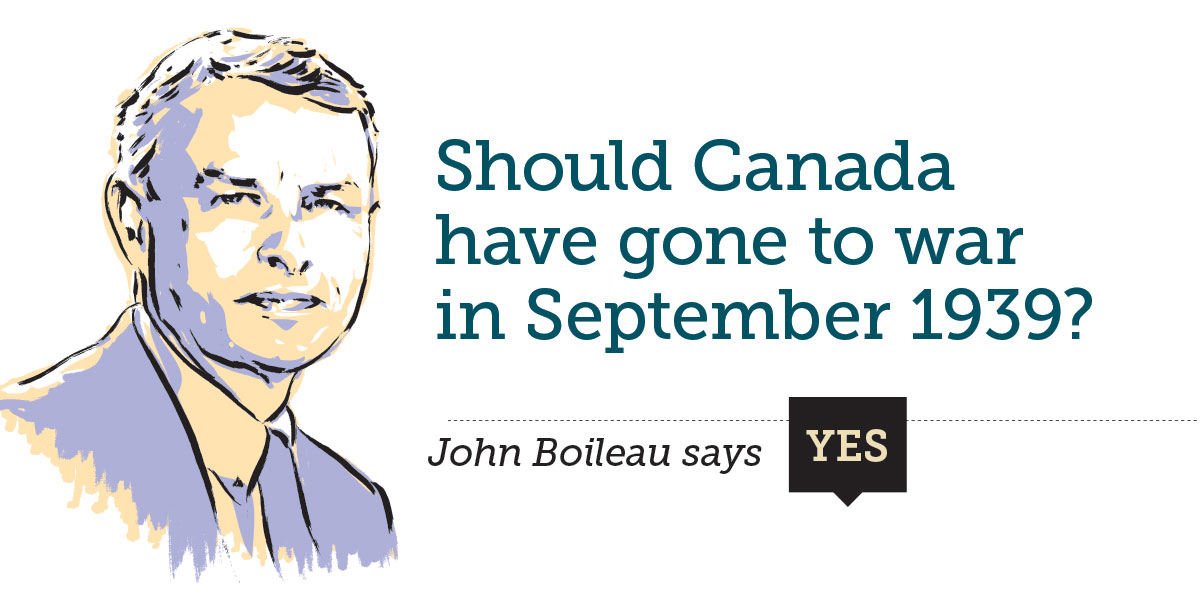 When Canada declared war on Germany on Sept. 10, 1939—seven days after Britain did so—it was a calculated act by Prime Minister Mackenzie King, intended to emphasize the country’s newfound independence from the motherland.

Such was not the case 25 years earlier. When Britain declared war on Germany and Austria-Hungary on Aug. 4, 1914, Canada was automatically at war as well. Because of Canada’s colonial status at the time, in the words of Prime Minister Sir Wilfrid Laurier in 1910, “when Britain is at war, Canada is at war. There is no distinction.”

The only option the country had was to decide on the size and nature of its contribution to the war effort.

The difference between 1914 and 1939 was the Statute of Westminster, signed in 1931. It gave Canada and the other British dominions (Australia, New Zealand and South Africa) full legal freedom, except in cases where individual nations chose to remain subordinate to Britain.

So why did Canada declare war on Germany when it could have simply sat on the sidelines—and in the process prevented more than 45,000 being killed, 55,000 wounded and billions in expenditures? 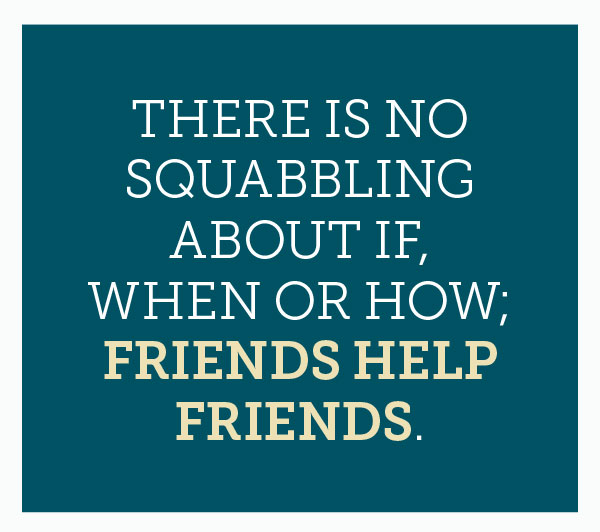 Much has been made of stopping Hitler’s conquests and his particularly evil brand of fascism. But most of this kind of rationalization came later in the war and was not a key factor in the 1939 decision.

Canada went to war for one major reason: because Britain—the mother country of most Canadians, our best friend and closest ally at the time—was at war and we felt obliged to come to her aid. It also helped that our other founding nation—France—had also declared war on Germany.

When a close friend is in trouble, most people want to help in any way they can. There is no squabbling about if, when or how; friends help friends.

Canada was certainly under no legal or treaty obligations to go to war against Germany. But this was not a case where the country was going to refuse to aid Britain. It would simply have been unthinkable to the vast majority of the population. Britain was at war and Canadians were going to help in any way possible.

An indication of the level of support is seen in our national contribution to the war. From a pre-war total of about 9,300 regulars and 53,000 reservists, the Canadian military grew to more than a million; about one person in every 11 was in uniform. Additionally, another tenth of the population was engaged in war industry. Incredibly, the percentage of the population in the armed forces or employed in war work was exceeded only by Nazi Germany’s.

PrevPrevious ArticleFace to Face: Should space be weaponized?
Next ArticleIs war inevitable?Next