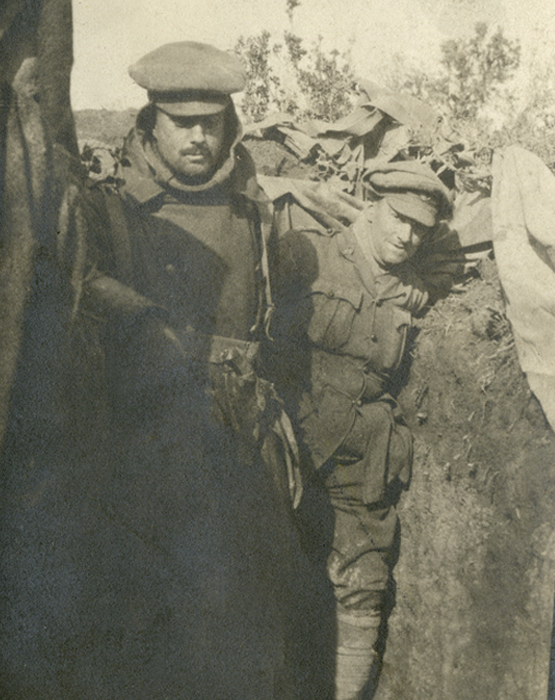 For months, the British and troops from Australia and New Zealand had fought to take control of the Dardanelles strait from the Ottoman Empire to open a sea route for the Allies through the Mediterranean Sea and the Black Sea to Russia.

The 1,076 men knew what they were heading into, according to the diary entries in Lieutenant Owen William Steele of the Newfoundland Regiment: “We have had a very good time all along so far, but we all know that the hardest part has now to come,” he wrote on Sept. 18, 1915. “The place where we are to land is shelled all day long, and the last division which went there lost 1,200 men and 36 officers the first day, and that, without having fired a shot, nor seen a single Turk, so we have heard.”

They landed at 3 a.m. under shelling by the Turks and suffered two dozen casualties. On the fourth day, Private Hugh McWhirter, 21, was killed by shellfire. More would follow.

At the end of the month, the regiment was responsible for 1.5 kilometres of the front line, in trenches exposed to enemy fire from two sides.

“After the first 48 hours, we settled down to regular trench warfare,” wrote John Gallishaw in Trenching at Gallipoli. “The routine was four days in the trenches, eight days in rest dugouts, four days in the trenches again, and so forth, although three or four months later our ranks were so depleted that we stayed in eight days and rested only four.”

By then, men were being carried off by disease and foul weather, too. While the days were sweltering, the nights were frigid, and pneumonia spread.

About 600 Turkish bodies lay untended and fly-covered in no man’s land. “We could not get out to bury them,” wrote Gallisaw, “nor could we afford the enemy to do so. There they stayed and some of the hordes of flies that continually hovered about them, with every change of wind, swept down into our trenches, carrying to our food the germs of dysentery, enteric and all the foul diseases that threaten men in the tropics.”

Despite the wretched conditions, on Nov. 4, eight Newfoundlanders seized a ridge held by three Turkish snipers. The ridge was named Caribou Hill after the regiment’s badge.

At the end of November, trenches were flooded in freezing weather; about 150 men of the regiment were hospitalized for frostbite. The brigade as a whole lost about 200 to drowning and sent 2,000 to hospital.

The British evacuated the men between Dec. 18 and Jan. 9, 1916. The last of 44 Newfoundlanders to die in Gallipoli was killed on Jan. 8. Hundreds were wounded or stricken by disease.

Ahead lay the horror of Beaumont-Hamel and the Battle of the Somme.