Having crossed Italy’s Savio River on the night of Oct. 21-22, 1944, the Seaforth Highlanders of Canada’s ‘C’ Company and newly formed tank-hunting platoon cut the Cesena–Ravenna road alongside a badly damaged church.

Instead, the lead command car was shot up and the column’s officer killed. That left three Panther tanks, two self-propelled guns (SPGs) and 30 grenadiers riding on the hulls. A No. 75 Hawkins grenade—one in a string of such mines the Seaforths had laid across the road—exploded. The blast tore the lead SPG’s track off, causing it to spin sideways and block the road. A swirling gunfight ensued. 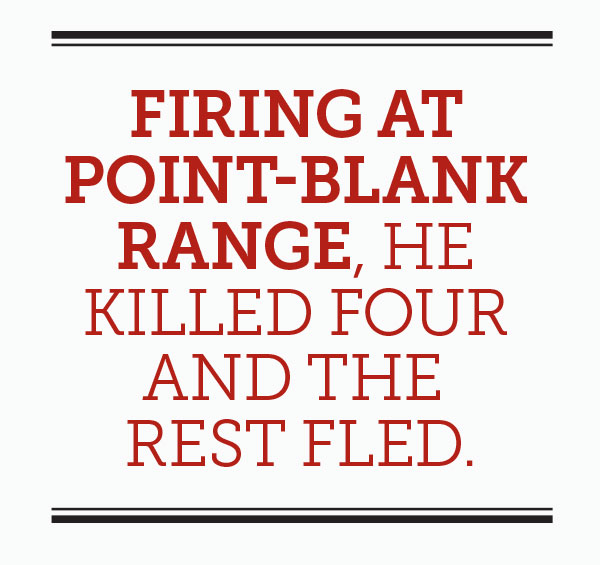 Smith’s three-man PIAT team was in a ditch alongside a narrow lane branching off the road next to the church. While the other two men manned the PIAT, he provided security with a Thompson submachine gun. Deciding they needed more firepower, Smith and Pte. James Tennant raced to the church and retrieved a second PIAT. As they set up in the opposite ditch, the Panther behind the disabled SPG swung into the lane with machine guns blazing. Tennant was shot in the leg.

“Our way was to fight from the ditches and wait until they got real close,” Smith said later. “Thirty feet or less, if possible…. Because if you miss, you’re dead. They have the machine guns and they’ll just eat you alive.”

Smith fired the PIAT, its 1.1-kilogram hollow-charged round hitting the Panther squarely. As the Panzer backed up, 10 grenadiers piled off and charged Smith. Some fired MP 40 submachine guns, others threw stick grenades. Snatching up his Thompson, Smith stepped into the road to draw fire away from Tennant. Firing at point-blank range, he killed four and the rest fled.

A second Panther punched a 75-millimetre shell at Smith while more grenadiers advanced across fields toward him. Reloading, Smith fired on the grenadiers. Standing fast to protect Tennant, Smith kept firing until the grenadiers fell back in disorder. Smith received Canada’s third and last Victoria Cross of the Italian Campaign. 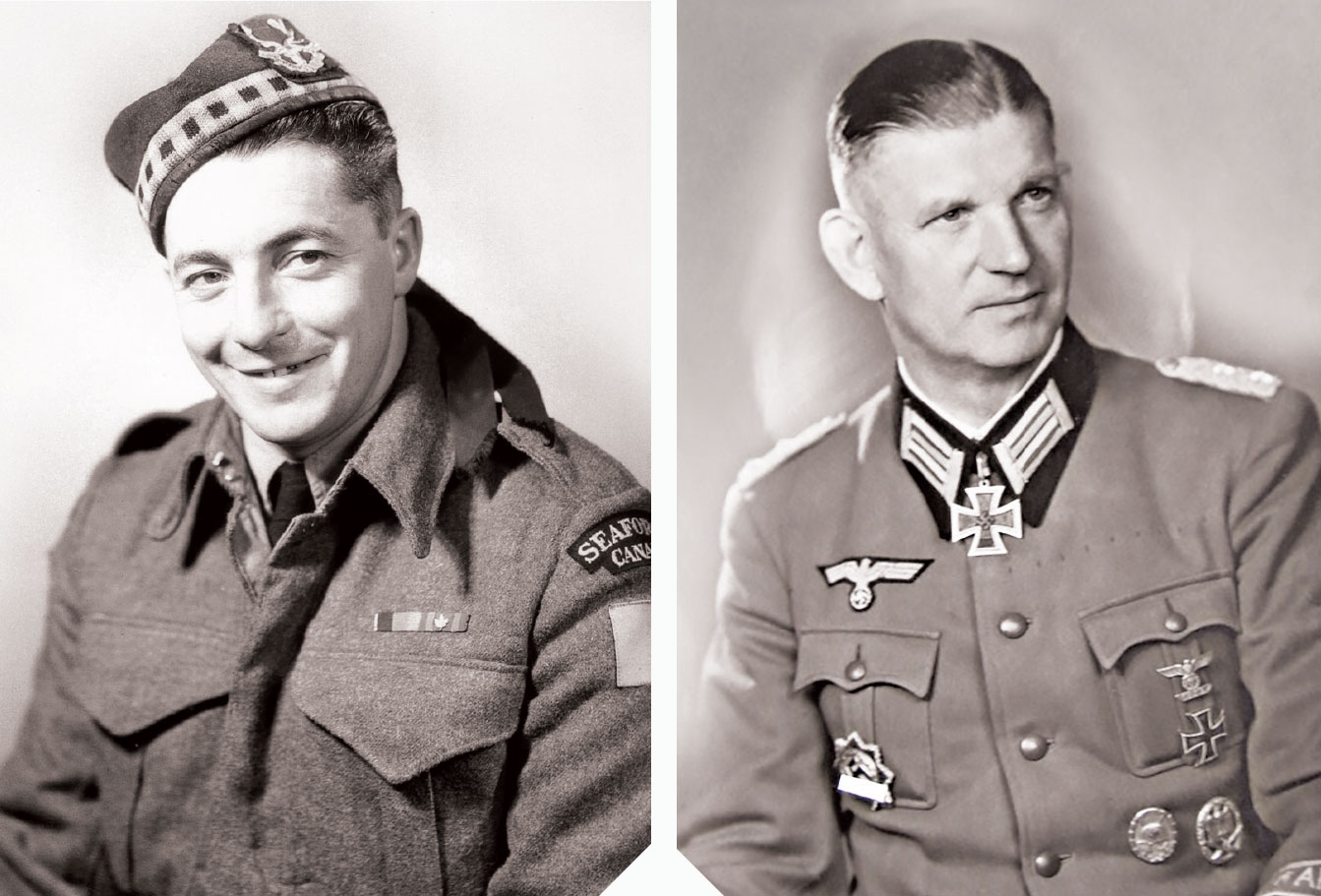 “If you miss, you’re dead. They have the machine guns and they’ll just eat you alive.” — Ernest Alvia (Smokey) Smith (left) “This is quite a mess at Crasemann’s.” — Lieutenant-General Hans Röttiger, speaking of Lieutenant-General Eduard Crasemann (right)
DND/LAC/PA-145490; forum.axishistory.com
VILLAINS: 26TH PANZER DIVISION

On the night of Oct. 21-22, 1944, a German 26th Panzer Division column raced out of Cesena toward Ravenna. Since early October, this division had been engaged in heavy fighting to prevent Cesena and its Savio River crossings from falling to British Eighth Army. By Oct. 21, however, the 26th’s Lieutenant-General Eduard Crasemann realized his forces must withdraw or risk being encircled. He had seen combat in North Africa and on the Russian Front, had taken command of the 26th on Aug. 27, 1944, and was considered highly competent.

Formed on Sept. 15, 1942, at Mons, Belgium, the 26th had deployed to Italy in August and September 1943. The division had been in combat at Salerno, Monte Cassino and Anzio, always fighting with skill and ferocity. It had also fought Canadians before, at Coriano Ridge during the Gothic Line offensive in late August 1944.

When the Seaforths sprang their ambush, the Panzer crews and grenadiers in the escaping column responded aggressively to smash through in order to continue their planned withdrawal. Despite the column’s officer being among the first killed, there was no wavering from this resolve.

With the main road blocked by the disabled SPG, the following Panther attempted to cut around the ambush via the lane running past the church. When Smokey Smith struck the tank with a PIAT round and then drove the grenadiers back with his Thompson submachine gun, attention shifted back to the main road. 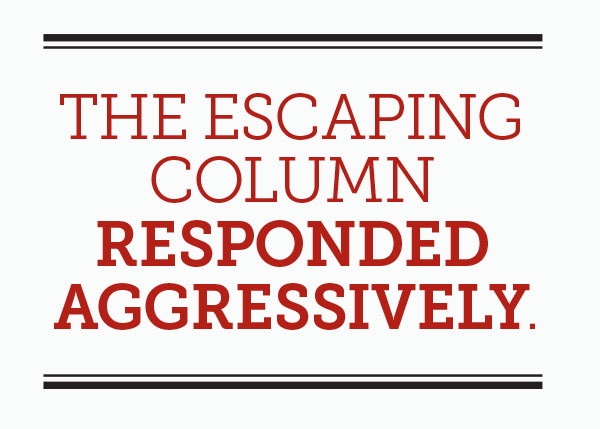 A half-track SPG broke cross-country past the church, but was knocked out by another PIAT team. The Panther engaged by Smith attempted to squeeze past the disabled SPG, but slid into a water-filled ditch. Struck by a PIAT round, the Panther began burning. The third Panther also became stuck. Its crew bailed out—two being shot and the others fleeing into the night. During an action lasting barely an hour, 10 Germans were taken prisoner and eight killed.

“This is quite a mess at Crasemann’s,” observed Lieutenant-General Hans Röttiger—German Army Group C’s Chief of Staff—the following morning. Cesena’s fall and the heavy losses in armour and men suffered in the retreat rattled the German high command in Italy.

The 26th Division, however, remained formidable and would fight the Canadians again during the River Battles that continued until late February 1945. On May 8, 1945, the division was disbanded after surrendering to the Allies in Italy.

Under Crasemann’s command, soldiers of the 26th had been involved in the Padule di Fucecchio massacre of Aug. 23, 1944. Postwar, he received a 10-year sentence for war crimes and died in jail in 1950.

PrevPrevious ArticleShould Canada have gone to war in September 1939?
Next ArticleStandards for service dogs are overdueNext