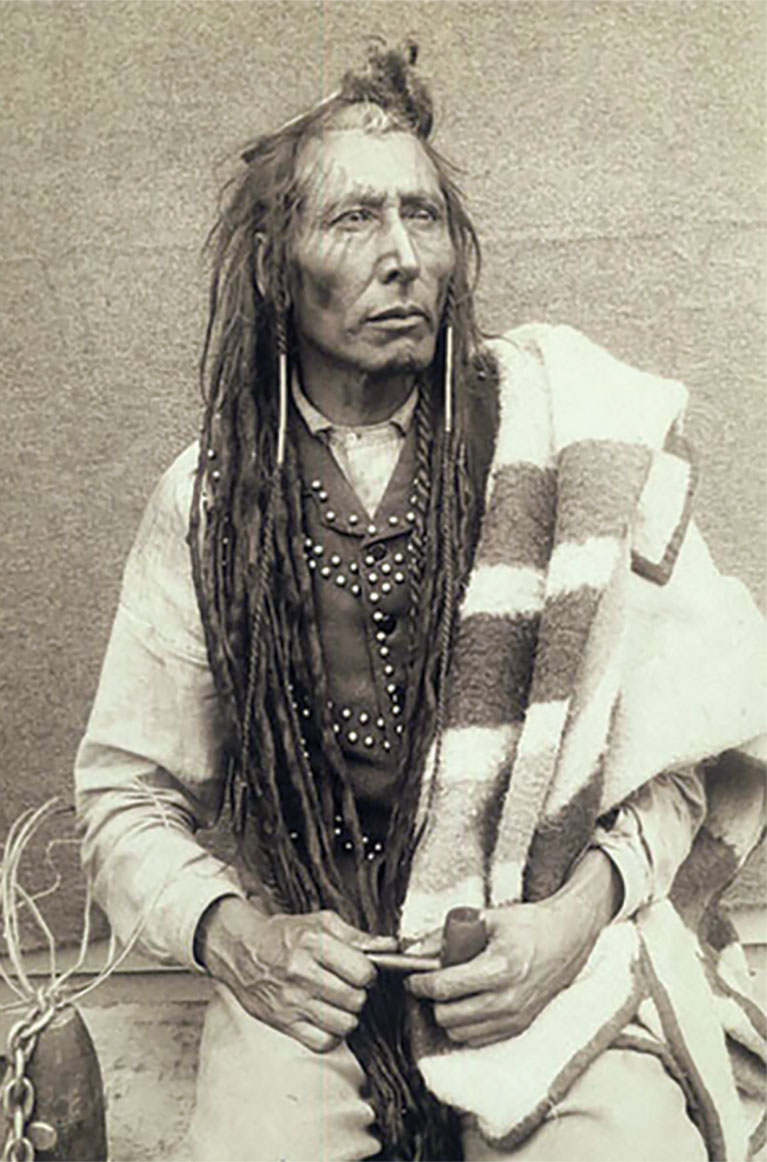 Canadian military history was corrected in a formal ceremony on May 23 in Saskatchewan when Prime Minister Justin Trudeau exonerated Chief Poundmaker, who had been convicted of treason in 1885.

Poundmaker was a Cree chief of a reserve at Cut Knife Hill in Saskatchewan. He had been involved in treaty negotiations with the federal government but when relations between the Métis and First Nations soured, Métis leaders convinced Louis Riel to return to Canada and lead what became known as the Northwest Rebellion, also referred to as the Northwest Resistance.

With his people starving after a harsh winter, Poundmaker led a party of Cree to Battleford to demand the rations that had been promised but not delivered by the government. In the wake of the rebellion, local villagers had fled their homes and taken refuge in the North West Mounted Police barracks.

When no rations were forth-coming, a group of warriors accompanying Poundmaker ransacked the abandoned village

Colonel William Otter led a force to Saskatchewan to counter Riel’s forces. After the ransacking of Battleford, his column of 325 men with two cannons and a Gatling gun attempted to retaliate. Instead, they walked into an ambush and were defeated.

As the army force retreated, Poundmaker convinced his warriors to let them go, averting a certain slaughter.

Nonetheless, when Poundmaker returned to Battleford for peace negotiations, he was arrested and tried for treason. He was sentenced to three years in prison in the Stony Mountain Penitentiary in Manitoba. He was released after one year with his health broken and died four months later.

“We recognize that during his lifetime Chief Poundmaker was not treated justly nor showed the respect he deserved as a leader of his people,” said Trudeau. “If we are to move forward together on the path of reconciliation, the Government of Canada must acknowledge the wrongs of the past. It is my sincere hope that—by coming together today and taking this important step together as equal partners—we can continue the important work of reconciling the past and renewing our relationship.”

The ceremony took place at the site of the Battle of Cut Knife Hill, 200 kilometres northwest of Saskatoon where Poundmaker is buried. Hundreds of people attended the ceremony, which featured native drumming and singing. After the exoneration, Trudeau placed a pouch of tobacco on Poundmaker’s grave.

“We honour our legendary leader Poundmaker today and all affiliated leaders and warriors, for taking a brave stance defending themselves on May 2, 1885, and for holding back and not counterattacking the retreating Col. Otter and his men,” said Chief Duane Antoine of the Poundmaker Cree Nation. “He saved a lot of lives and was living up to his promise not to take up arms against the Queen as promised under Treaty No. 6…. The truth is now known and he will be remembered in history as a national hero.”