Gunfire at the Château Frontenac 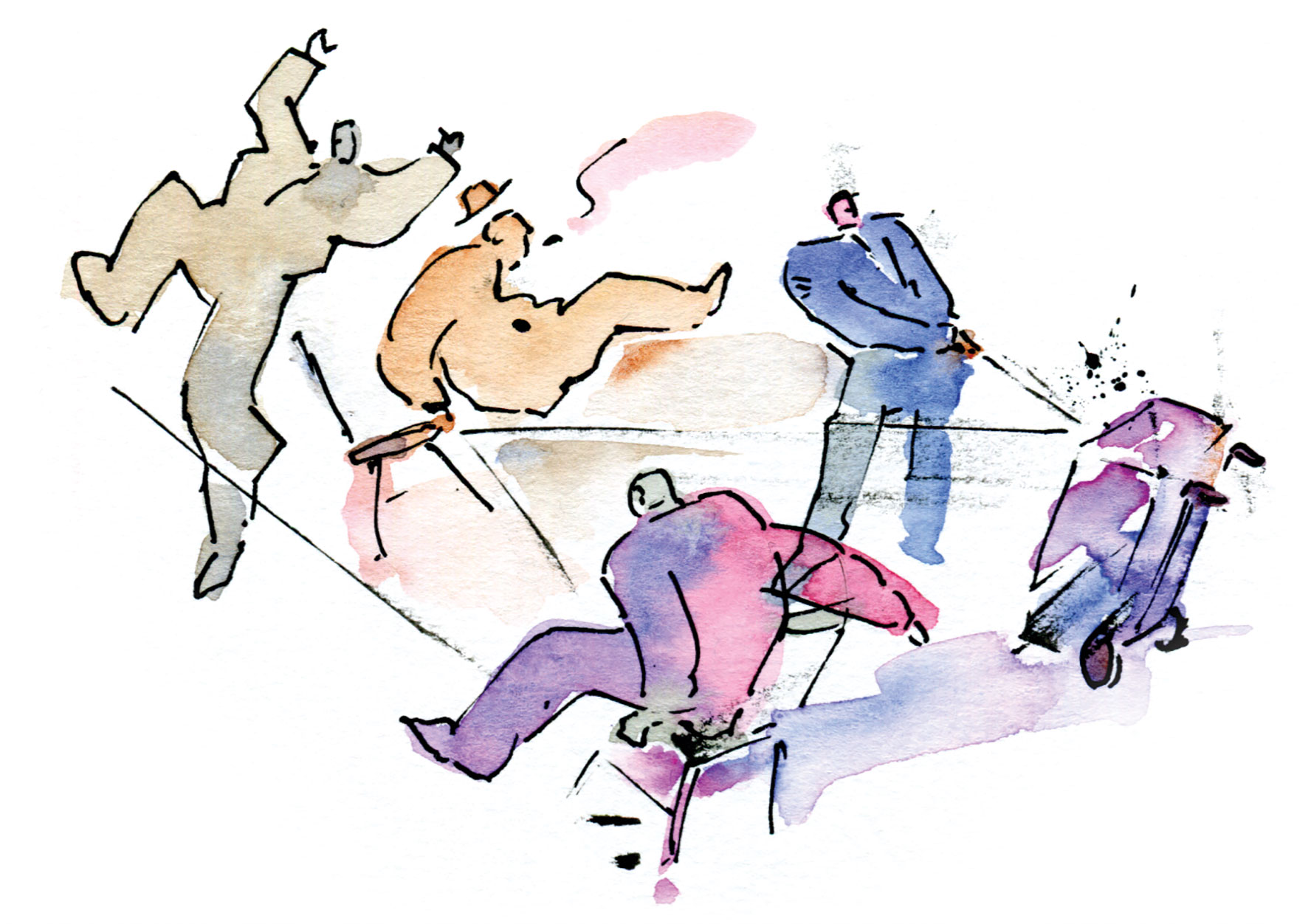 This issue, we have a mix of tales ranging from a sly private and unconventional menu items to a story about wartime gunfire in the halls of Quebec’s famed hotel, the Château Frontenac.

Bob Anglin of Ottawa, who joined the Black Watch in the 1960s, recalls an incident at Gagetown, N.B., later in his career. Peering out a window, he saw a soldier leave a quartermaster stores building. He carried a cardboard box under one arm, with the other holding a column of toilet paper rolls threaded down the handle of a broom.

Anglin thought this was an ingenious way to carry the awkward rolls and remarked on it to a nearby warrant officer.

The warrant glanced out the window and then turned to Anglin. “He’s not carrying toilet paper. He’s stealing a broom.”

Britain’s Special Air Service (SAS) has the motto “Who Dares, Wins” and they seem to take it seriously, even when it comes to food. The SAS Survival Handbook includes a section on how to catch and eat various critters should you happen to be on your own in any part of the world. The entries range from kangaroos to locusts (which are said to be delicious when roasted). It also says that young badgers taste like pork. Who’s going to argue?

But the book also contains warnings. For example, do not take on a wolverine unless you are armed. Skunks? “Look for an easier meal.” And if you plan to make off with a partly eaten carcass left by a lion or tiger, take note: “Kills by big cats may be scavenged if unattended, but BEWARE, the owner is likely to be nearby.”

Airplane manufacturers love to give their aircraft names. The people who fly them, however, tend to come up with their own nomenclature, affectionate or otherwise.

The Second World War Curtiss SB2C bomber, flown by the U.S. Navy, was called the Helldiver by the maker. Aircrew however, noting its unforgiving flight characteristics, came up with their own name: Son of a Bitch, 2nd class.

Here are a few other nicknames applied to various aircraft over the years:

During the Second World War Normandy campaign, Canadian Lieutenant-General Guy Simonds came up with the idea of adapting outmoded self-propelled artillery vehicles for use as armoured personnel carriers. His engineers used what were known to the British Army as Priests, 105mm guns mounted on obsolete tank chassis. They stripped off the guns and added armour plate scavenged from the battlefield. (This process led to complaints from the Royal Navy that someone was cutting steel from beached landing craft.) They produced 72 vehicles, which could carry a dozen soldiers each. They were named Kangaroos, although some preferred to call them “defrocked Priests.”

The British had a habit of using ecclesiastical nicknames for self-propelled guns. At various times they fielded Bishops, Sextons and Deacons as well as Priests.

Then there was the shoot-out at the Château Frontenac.

It happened at the top-secret Quadrant Conference in Quebec City in August 1943, which brought together Winston Churchill, Franklin Roosevelt, Canada’s Mackenzie King and the top Allied generals and admirals to discuss the course of the war. Among the guests was Vice-Admiral Louis Mountbatten, who
was promoting the use of pykrete (a frozen mix of sawdust and wood pulp) in the construction of a proposed giant aircraft carrier.

At a break in the meetings, Mountbatten had two frozen blocks wheeled into a conference room. One was regular ice, the other was pykrete. He produced a pistol and fired a round into the ice, which obligingly shattered. Then he fired at the pykrete, telling his audience they would see the difference.

The wartime diaries of Field Marshal Alan Brooke recount what happened next: “He fired and there certainly was a difference; the bullet rebounded out of the block and buzzed round our legs like an angry bee.”

But that’s not then end of it. Earlier, when the tone of the meeting had become heated, the attending staff officers and aides had been sent out of the room. As they waited in the corridor outside, they heard the gunfire.

The pykrete aircraft carrier (which would have bulked out at around two million tonnes) was never built. Nevertheless, a small prototype was actually built and its remains still lie on the bottom of Patricia Lake in Jasper National Park in Alberta.

PrevPrevious ArticleChoose our next cover of Canada’s Ultimate Story!
Next ArticleThe sinking of SS Athenia Next