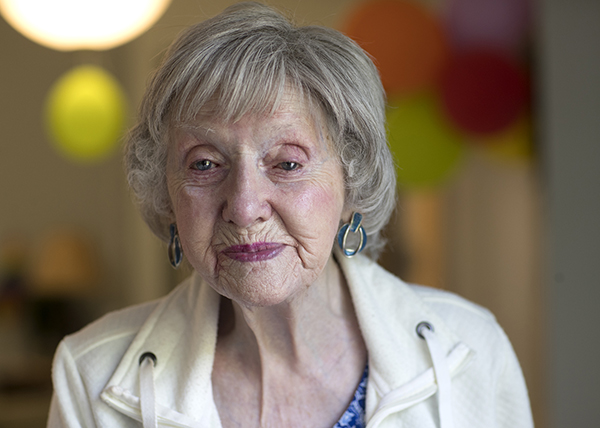 Betty Metcalfe, 98, of Sydney, N.S., was a member of the Canadian Women’s Army Corps during the Second World War. Her brother was executed by one of Kurt Meyer’s Hitler Youth members.
Stephen J. Thorne/Legion Magazine
The last words Betty Metcalfe’s brother Jack ever spoke to her still haunt her almost 80 years later.

It was 1940 and the Metcalfe family of Glace Bay, N.S.—mother, father, their two girls and two boys—had just spent their last Christmas together.

Betty and her younger sister Yvonne would join the Women’s Army Corps. The youngest, William (Bill) would enlist with the Cape Breton Highlanders.

Twenty-one-year-old John (Jack) Metcalfe, the oldest, would soon be off training before shipping out for Scotland with the North Nova Scotia Highlanders. 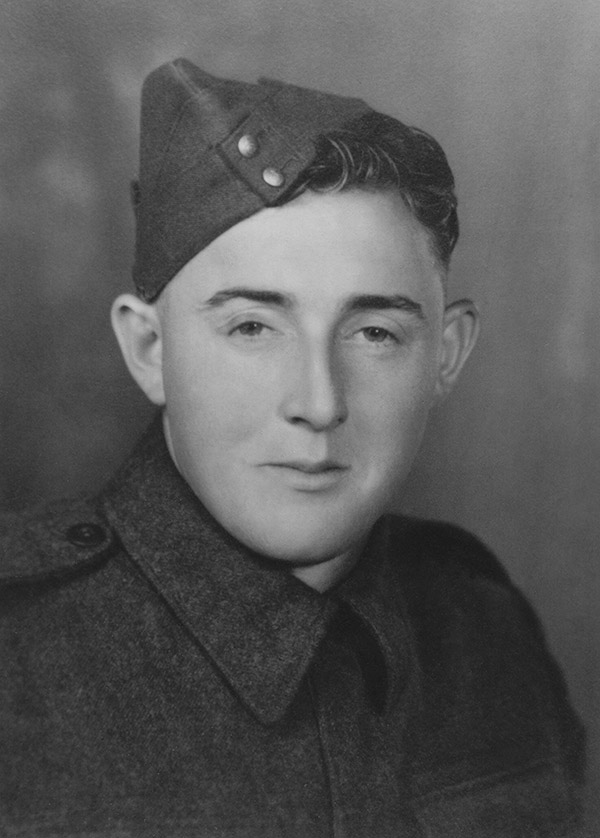 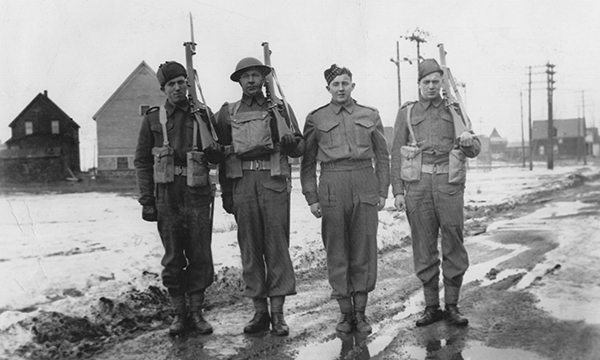 Nova Scotia Highlanders during training in Amherst, N.S., in the winter of 1940-1941. Metcalfe is second from the right.
Heather Almon/Cape Breton Military History Collection 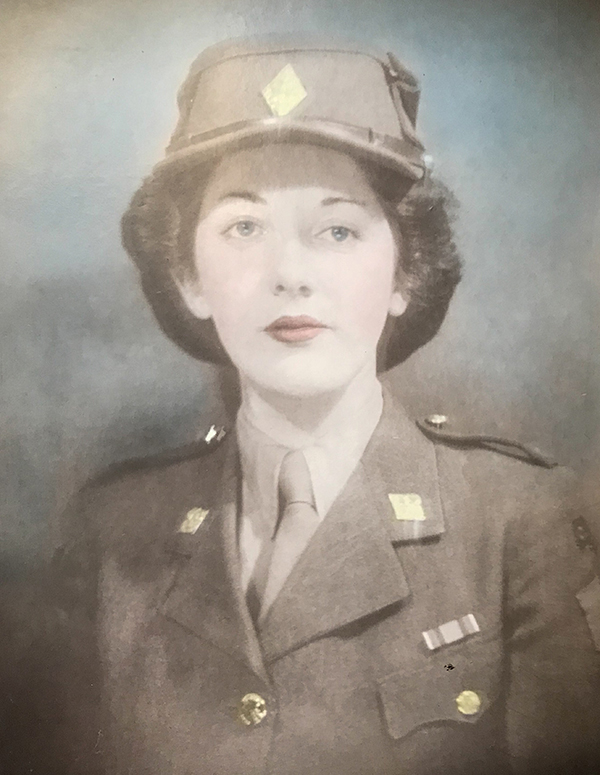 Betty Metcalfe joined the Canadian Women’s Army Corps at the age of 19.
Courtesy of Betty Metcalfe
“I hope I’m not taken prisoner,” he told his oldest sister.

“It’s almost as if he knew it would be bad,” Betty said in an interview with Legion Magazine.

Three-and-a-half years later, after a bloody D-Day landing and intense fighting into the following day, Private Jack Metcalfe was captured near Bény-sur-Mer, France, and executed by a Panzer SS division made up of Hitler Youth under the command of SS-Brigadeführer Kurt Meyer.

Metcalfe’s senior officer, Major Don Learment, was standing next to him when he died. About 90 Canadian soldiers had been captured during the battle and lined up against a wall, machine guns placed at their flanks.

“It became increasingly apparent that we were going to be shot,” Learment wrote in an account of his wartime experiences written for the Canadian Military History series. “However, a German NCO intervened and gave orders that we be searched. This was done in a rough and disorderly manner, interspersed with a good many kicks and punches.”

Everything of value was taken from the Canadians, including field dressings and morphine. 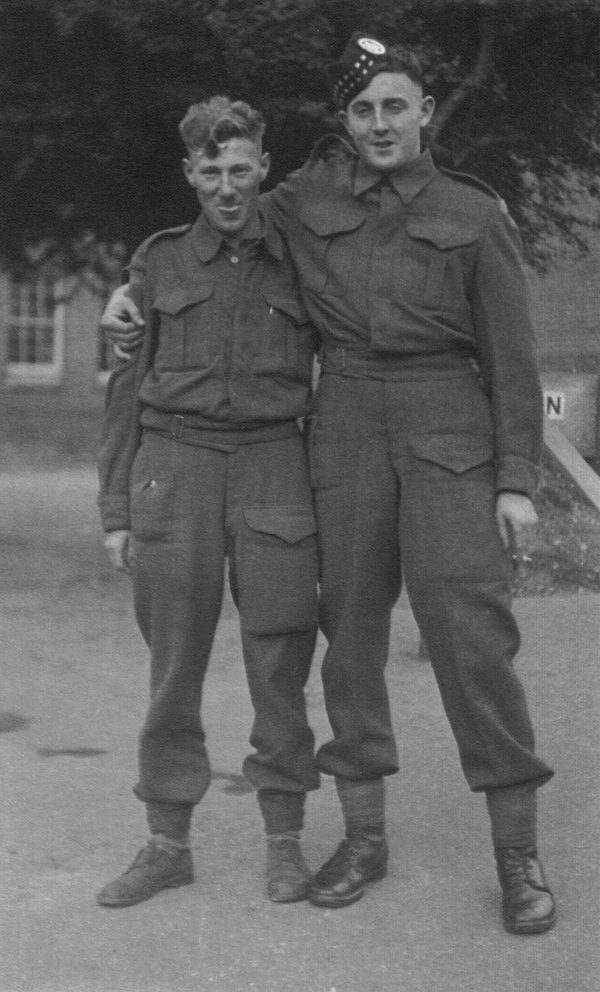 Photographed while training in England are Arthur Gould (left) of Amherst, N.S., and Jack Metcalfe of Glace Bay.
Heather Almon/Cape Breton Military History Collection
“During the search one of the Germans noticed a grenade hanging on the belt of the man next to me, Private Jack Metcalfe,” Learment wrote. “The German raised his Schmeisser and as Metcalfe turned toward me he was shot three or four times in the back and fell screaming at my feet. The German then stepped over him and, placing the machine- pistol at Metcalfe’s head, shot him again.

“No notice of this was taken by the other Germans who continued their search as if nothing had happened.”

It was June 7, 1944, and Metcalfe was among the first Canadians executed in cold blood by Meyer’s troops. The others were marched to the Abbaye d’Ardenne, a monastery near Caen that served as Meyer’s headquarters. There, 20 more would be killed in one of the most infamous incidents in Canadian military history, shot in the back of the head in a courtyard of the abbey. They included members of the North Nova Scotia Highlanders and the 27th Armoured Regiment (The Sherbrooke Fusilier Regiment).

By the end of the month, some 156 Canadian prisoners of war had been killed at the hands of the Hitlerjugend of Meyer’s 12th SS, a flagrant violation of the Geneva Conventions. 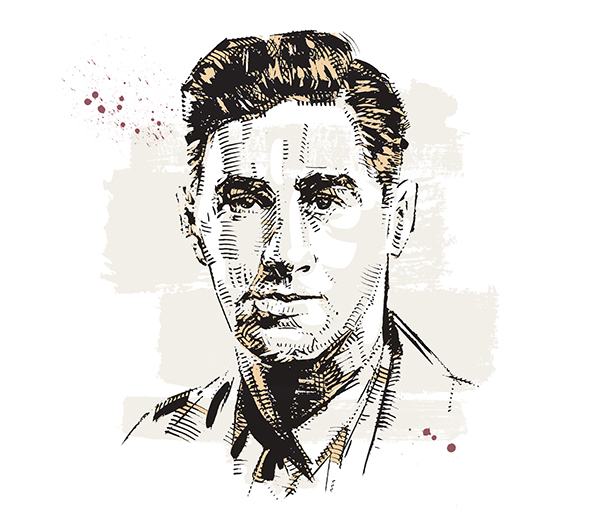 Major Don Learment, Jack Metcalfe’s senior officer, was standing next to him when he died.
Greg Stevenson/Legion Magazine Archives
“My mother got a letter that he was missing in action,” said Betty Metcalfe, 98.

But it wasn’t until the war was over that she received a letter, apparently from Learment, explaining the circumstances of her son’s death and warning her that his name may come up in Meyer’s war-crimes trial.

Jack Metcalfe was 25 years old when he died. His family was shattered. They listened to the trial proceedings on the radio but Jack’s name was never mentioned.

“He was big and tall and strong and he loved our mother,” said Betty. “I guess she was the most important person in his life. He was going to go overseas and get the Nazis and make the country safe for his mother.”

Betty remembers the Christmas of 1940 like it was yesterday. It was classic Jack, she said—soft-hearted and always ready to help.

Everything on the home front was being directed to the war effort. Factories were churning out tanks, airplanes and ammunition. Convoys loaded with men and materiel were sailing out of Atlantic Canada into the jaws of the German wolf packs. Even Christmas ornaments were in short supply.

“We were listening to the radio and the announcer was saying you could make artificial snow to throw on your Christmas tree and he mentioned this sort of rough-and-ready kind of soap powder.

“So my brother went out and bought some, but he didn’t like the results after he’d beaten it with an egg beater. It wasn’t fine enough for him. So he decided to go out for Lux Flakes. Now Lux Flakes was the finest soap powder they ever came up with. It was for washing your dainties.

“The ‘snow’ turned out so perfect and he was using a big soup spoon to toss it on the tree. It was so lovely.”

Originally from Bell Island, N.L., their father had served with the Royal Newfoundland Regiment in the First World War and survived the battle for Beaumont-Hamel. He was a coal miner and then a seaman.

Betty joined the WACs at age 19 and served around the Maritimes as a stenographer. Her 18-year-old sister Yvonne was a WAC telephone operator in Halifax. Younger brother Bill falsified his birth certificate and went overseas with the Cape Breton Highlanders at 16 years old. He fought in Italy and the Netherlands where he, too, was captured.

“The prisoner-of-war camp was run by old men and young teenagers,” Betty said. “They let him go. They knew at that time they were finished. The war was over.” 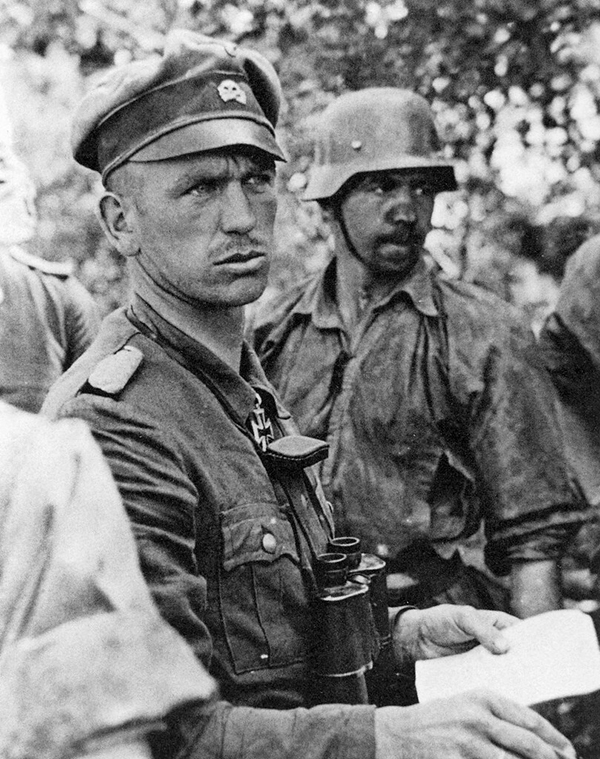 German SS commander Kurt Meyer was convicted of war crimes for the murder of prisoners of war.
flickr.com
Meyer was linked to massacres on both fronts in the war. He was the only Nazi tried by a Canadian war-crimes tribunal after the war. He was convicted and condemned to death for the Abbaye d’Ardenne killings. It’s unclear if Jack Metcalfe’s death was included in the charges. His sentence was commuted to life by Canadian Major-General Christopher Vokes.

Meyer served five years at Dorchester Penitentiary in New Brunswick and three more at a British military prison in Germany before he was released in 1954. He joined a Waffen-SS lobby group on his release and was considered a leading apologist for the combat arm of Hitler’s most fanatical loyalists.

He told a 1957 rally of 8,000 former SS men in Bavaria that “SS troops committed no crimes, except the massacre at Oradour, and that was the action of a single man.”

Shortly after the war, Betty received a visit from an old schoolmate who was among the survivors of the abbey massacre. His name was Macleod. He had pretended he was dead, terrified he’d sneeze and give himself away.

“After they had shot them, they took their bodies and threw them in front of their tanks and ran their tanks over them,” said Metcalfe. “What Macleod went through was unbelievable. They never found out that he was still alive. He saw everything. He didn’t last too long after the war was over. That was a terrible experience and it took it out of him.”

Betty Metcalfe remembers her brother vividly and fondly. Kurt Meyer, not so much. As a WAC, she had heard things.

“Kurt Meyer’s wife went to one of the officers on the war-crimes tribunal and told him that if Germany had won the war, the story would be altogether different. She said her husband was a good man and he was only doing what he was ordered to do.

“None of my family felt he was any good.”

PrevPrevious ArticleA letter of marque from the king
Next ArticleOn track, part 1Next