Home » Our Veterans » News » Padre of the Newfoundland Regiment honoured

Padre of the Newfoundland Regiment honoured 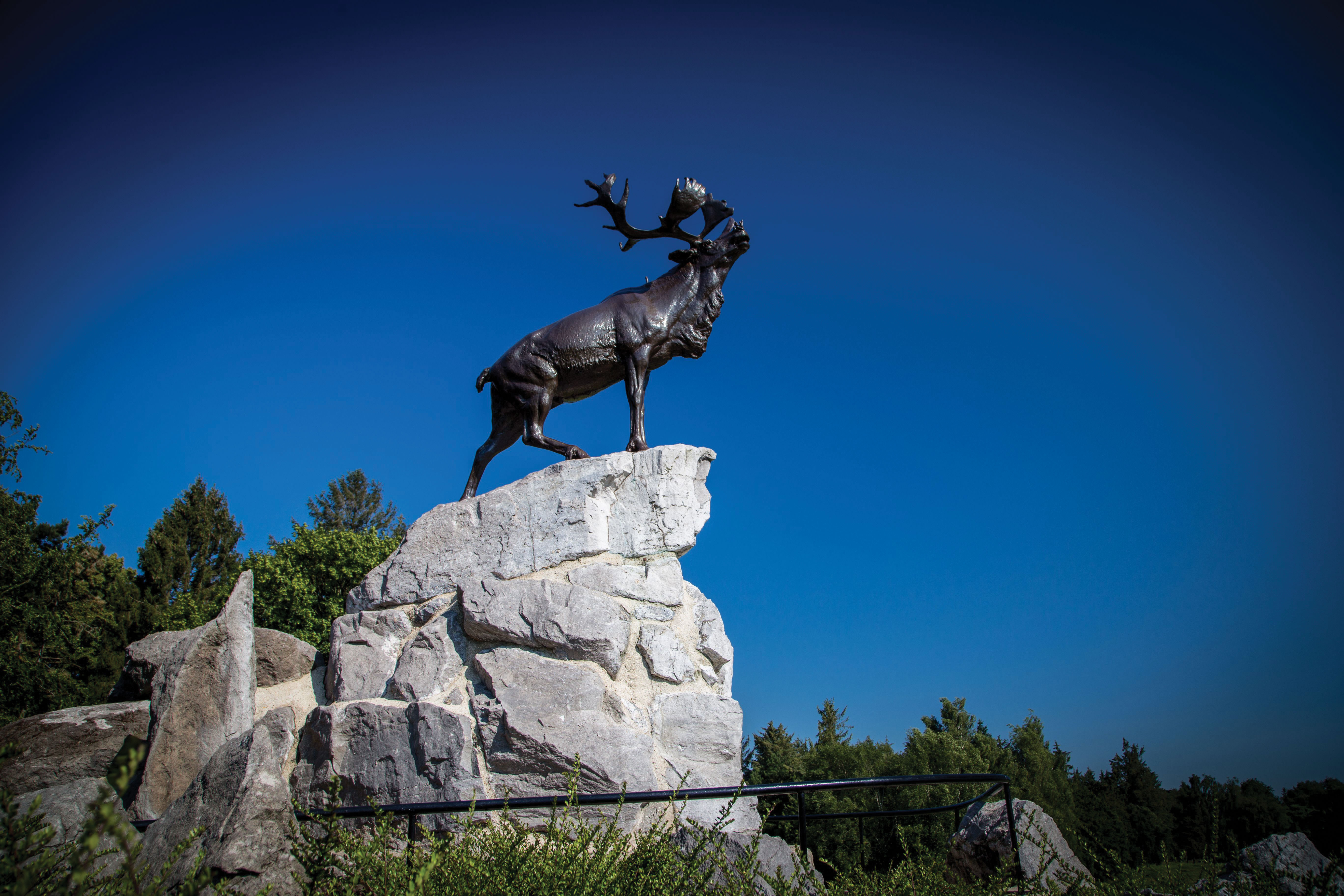 The Beaumont-Hamel Newfoundland Memorial featuring a statue of a caribou, symbol of the Royal Newfoundland Regiment, sternly looks in the direction of the enemy in France. The statue was one of five statues in France and Belgium that Thomas Nangle commissioned following the First World War.
Newfoundland and Labrador Command

The legacy of Lieutenant-Colonel Thomas Nangle, chaplain to the Royal Newfoundland Regiment during the First World War, was honoured at his alma mater, St. Bonaventure’s College in St. John’s, on Jan. 17 with the creation of a new bursary.

The Nangle Memorial Bursary is a gift from Nangle’s son-in-law, Neil Galbraith and his wife, Mavourneen (Nangle) Galbraith of New South Wales, Australia. The bursary is for $48,000, the same amount of money publicly raised by Nangle in 1922 to ensure the completion of Newfoundland’s distinctive National War Memorial in St. John’s.

Nangle was born in St. John’s in 1889. His father died shortly after and he was placed in the Roman Catholic Orphanage in St. John’s. When Nangle turned 15, he became
a live-in boarder at St. Bonaventure’s College, where he was known as a gifted athlete and member of the college cadet corps.

Following his seminary studies in Ireland, Nangle was ordained a Roman Catholic priest in St. John’s in 1913. He served as the Roman Catholic chaplain to the Newfoundland Regiment from 1916 to 1919. In that role, he served the soldiers in the trenches and rest areas, buried the dead and consoled the wounded and those suffering from operational stress. He also had to write to the families of those who were dead or missing.

He was often known for risking his life to tend to the men, regardless of their religious affiliation. He became known as the “heart and soul” of the regiment to the men whom he referred to as “ours.” He was wounded in the arm and suffered from trench foot for the rest of his life.

From 1919 to 1925, Captain Nangle, subsequently promoted to major and then to lieutenant-colonel, served as the Dominion of Newfoundland’s director of War Graves, Registration, Enquiries and Exploit Memorials. He was tasked with: identifying and marking the graves of as many Newfoundlanders as he could locate on the former battlefields of Gallipoli, France and Belgium; exhuming and re-interring the remains of soldiers into officially designated Allied war cemeteries or gravesites; and commemorating the major actions of the regiment during the war. 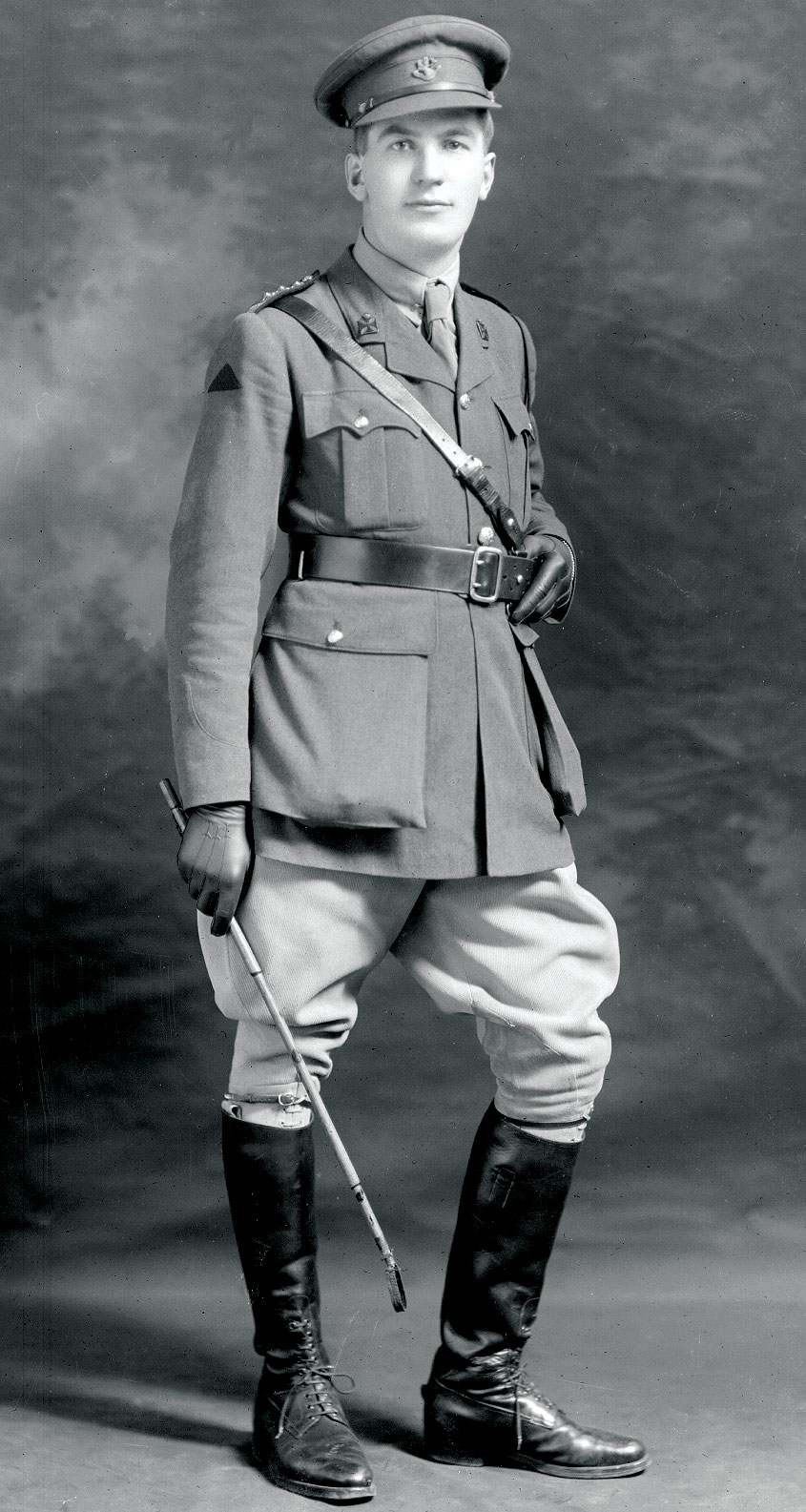 It was during this period that he formulated his vision for the five caribou statues in France and Belgium known as the “Trail of the Caribou.”

Nangle was the driving force in the acquisition and planning of the famous Beaumont-Hamel Newfoundland Memorial Parkin France, which was designated a Canadian Heritage Site on April 10, 1997.

He also assisted in the fundraising, designing and completion of Newfoundland’s compelling National War Memorial in St. John’s. It was unveiled by Field Marshal Earl Douglas Haig on July 1, 1924, the eighth anniversary of the Battle of Beaumont-Hamel.

In 1926, Nangle left the priesthood and moved to Rhodesia on a veteran’s land grant. There, he became a farmer, newspaper editor, founder of the Rhodesian Labour Party and member of the Rhodesian parliament. He would eventually marry and raise a family of four. He died in January 1972.

From 1926 onward, Nangle was all but forgotten until historians John Fitzgerald and Gary Browne rectified that with assistance from Newfoundland and Labrador Command of The Royal Canadian Legion, the Roman Catholic Basilica Museum Committee and St. Bonaventure’s College.

In recent years, there have been several events to commemorate Nangle, including the publication of the book, Soldier Priest In The Killing Fields of Europe: Padre Thomas Nangle by Gary Browne and Darrin McGrath in 2006; a street named after him in St. John’s; recognition by the Historic Sites and Monuments Board of Canada; the 2016 world premiere of Opera on the Avalon’s production “Ours” by Newfoundland librettist Robert Chafe and composer John Estacio; and the 2016 completion of First World War exhibits centred around Nangle at the Basilica of St. John the Baptist in St. John’s.