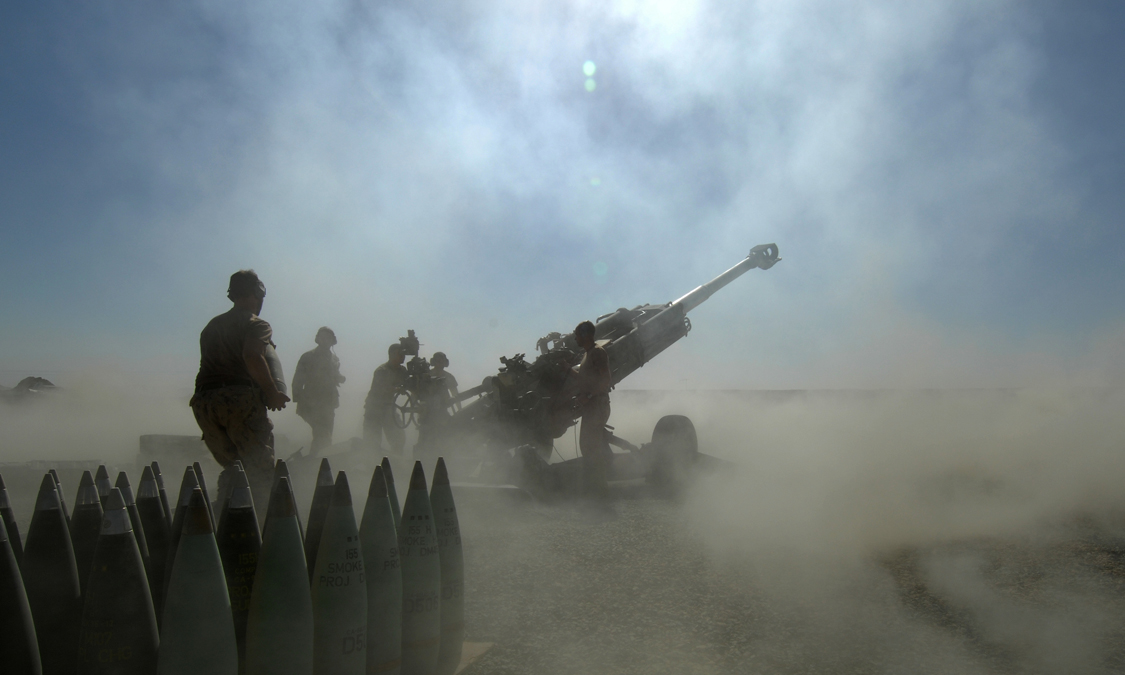 Gunners go into action at Patrol Base Wilson, Zhari District, Kandahar Province, Afghanistan, in 2007.
Combat Camera / M.Cpl Robert Bottrill
It was the middle of the night on June 4, 2008, when a squad of five Canadians and a company of 55 Afghan army recruits they were mentoring left base to check on some empty Taliban weapon caches in the Zhari District west of Kandahar.

After a long march, they stopped between two farmers’ fields. Bullets suddenly hit a low mud wall nearby.

The Taliban, perhaps as many as 60, had been waiting for them.

The Canadians and Afghans dove for cover behind the metre-high wall, and soon realized they were pinned down. “They pretty much had us,” Corporal Cary Baker said in a Global News interview. “They came very close to completely encircling us.”

The Afghan recruits were green, but soon followed the Canadians’ example in shooting back: popping up over the wall to fire some shots, ducking for cover and changing position as Taliban fighters shot back, then repeating.

Captain Jonathan Snyder co-ordinated the defensive firing, sending Capt. Robert Peel and Baker to the south end of the wall and Cpl. Steven Bancarz to the north end. Cpl. James Ball and a small Afghan team were dispatched to find a way out.

Ball managed to contact reinforcements to the north of the wall, and when the firing eased a bit, Snyder ordered a retreat and exhorted the Afghans not to leave wounded comrades behind. Peel, Bancarz and Baker laid down covering fire during the escape.

They made it to safety, put the two wounded on helicopters and returned to base.

“With little chance of survival, they exposed themselves to great peril and retaliated against the enemy while encouraging the Afghan soldiers to do the same,” reads the Governor General’s citation.

Baker, Bancarz and Peel received the Medal of Military Valour, and Ball, who risked enemy fire to keep the escape route open, and Snyder, who coached the Afghan commander and co-ordinated the fight, were awarded the Star of Military Valour. However, Snyder was not at the medal ceremony. Just three days later, he stumbled into an unmarked well during a night patrol and died.

PrevPrevious ArticleUnsung Valour in Normandy
Next ArticleFrom Dieppe to D-DayNext