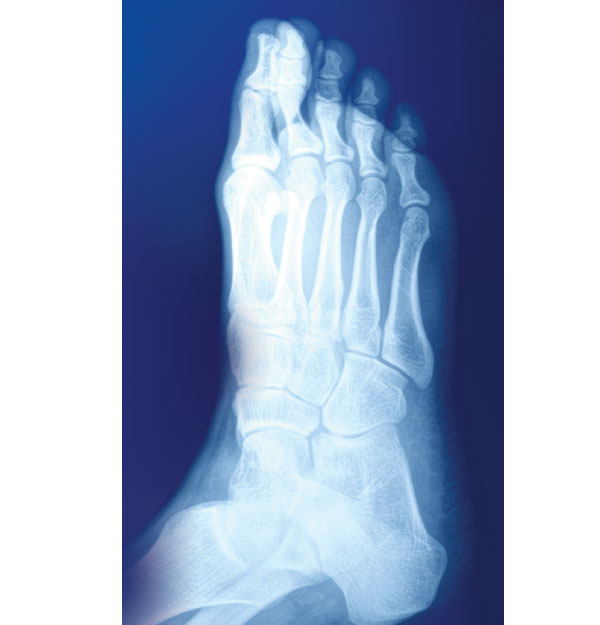 Personnel suffered more than 4,200 fractures in 2014-16, an examination of military and civilian medical records revealed. Annually over the period, fractures resulted in 34,000 to 81,000 workdays lost, $12.5 million to $30 million in wages lost, and an average cost of $5.6 million in medical care.

Fractures reduce troop strength and threaten individual careers through increased risk of second fractures, development of a disability and medical release, it was reported at the 2018 Canadian Institute for Military and Veteran Health Research Forum in Regina.

“Research shows that 80 per cent to 95 per cent of all injuries are preventable,” says the CAF booklet Injury Reduction Strategies for Sports and Physical Activity Strategies for Action. Members are encouraged to play sports to maintain fitness, but sports account for about a third of fractures.

The Canadian military isn’t alone in its concern. Around the globe, broken bones have become a focus of military health research, for armies worldwide have much the same experience. Military life, even outside of combat, is notoriously hard on the body. Troops break bones in workplace mishaps, in vehicle accidents, and, of course, in training.

Stress fractures, originally medically described as “march foot” by a military doctor in 1855, are common and probably go back as far as the first military march.

Feet and legs are particularly prone to stress fractures, which occur from increasing either the amount or the intensity of activity too fast or too soon. Fatigued muscles transfer the stress load to the bone, causing a tiny crack, which worsens with added stress and improves with rest.

Basic training, also known as boot camp, is a particular risk. In 2013, a U.S. military study found nearly six per cent of male and 19 per cent of female cadets suffered stress fractures.

“Our goal is to basically understand who’s at risk—particularly, who’s at greatest risk—and why, and what we can do about it,” said Stephen Foulis of the U.S. Army Research Institute of Environmental Medicine in an Army Times interview in 2018. The U.S. Army is tracking 4,000 recruits through early training, measuring changes in muscle and bone strength. The study is expected to provide a way to identify high-risk individuals who can be targeted for interventions, such as changes to diet, sleep, exercise and work routines.

Stress fractures alone eat up time and military budgets. Up to 12 per cent of British recruits are affected—and about one in 10 injured suffer a second broken bone within a year, “thereby increasing working days lost to injury and the accompanying financial burden,” says a 2014 report by the Institute of Naval Medicine, the Commando Training Centre Royal Marines and the Royal Army Medical Corps. It takes 12 to 21 weeks to recover from fractures of the foot, lower leg and thigh. Cumulatively, subjects needed 814 weeks of rehabilitation yearly.

Recruits who suffer stress fractures are four times more likely to be discharged.

Such research has resulted in tweaking of military training programs to more gradually build strength and endurance.

Exercising “a minimum of 30 minutes three times a week for two months reduces injury 50 to 70 per cent,” says the CAF booklet. It recommends daily exercise, which reduces risk of chronic diseases like diabetes, high blood pressure and cancer by half and heart disease by 40 per cent. But it also advises alternating days of high- and low-impact activities. “The body needs 48 hours to recover from high-impact activities like running, jumping and drill,” says the booklet.

Nutrition is getting closer scrutiny too. All over the world, military personnel with the lowest levels of bone-building vitamin D and calcium have the highest fracture rates.

Even in sunny Australia, 10 per cent of army recruits who were mostly men and 20 per cent of female officers in training fall short of calcium and vitamin D requirements, says a 2016 report in the Journal of Military and Veterans’ Health.

The U.S. Navy has begun administering calcium and vitamin D supplements to female recruits, after research showed it reduces fractures in females by 20 per cent. Several countries have also increased calcium-rich foods in field rations.

The military cannot eliminate all the situations that could cause a broken bone, but through proper nutrition and more thoughtful training, it can ensure troops have stronger bones that are more resistant to fractures.